We like continuity; I think it’s a natural state of humanity. But I think humanity also thrives on adaptation, which is an essential to survival. Sometimes, it’s good to change; not just out of a natural need to get along with folks, but because it’s an essential survival skill. So, that’s what I’m viewing my comic selection with this week, folks. Let’s get to the list. 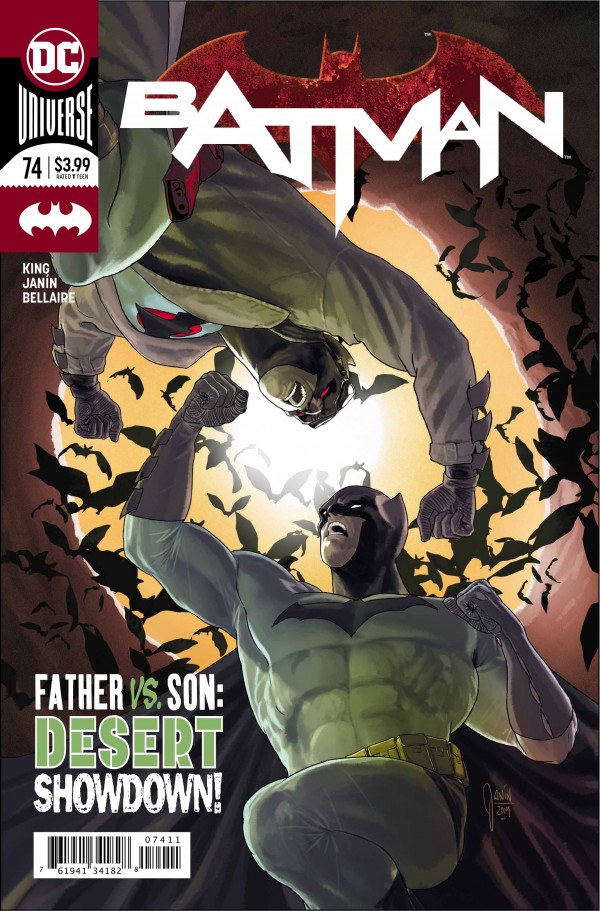 Yeah … I have to begin with this title. I mean, Tom King has certainly introduced some changes to the way we look at Batman. In his run, Batman has been more family-oriented and more relationship-based than we’ve ever seen the Dark Knight in the past. I think Scott Snyder presented the framework and King has just built on that. But, if you consider King’s personal background, then you understand why.

In this issue, expertly depicted by Mikel Janin, I don’t like Thomas Wayne. I mean, as a physician, you’d expect him to be a little nobler than the definitive description of the asshole we see in the father who’s returned to his son. But, to be fair, given that he’s from another Earth, maybe we should cut him some slack.

My problem with this, is: then where did Bruce get it from?

The majority of the plot is based on a Russian fable of animals deciding to eat each other. The majority of the storyline is based on this fable while Mikel Janin provides the visual element in pictorially describing the struggle between father and son in this issue. In terms of adaptation, this is basically a stop-over issue to tide the reader over to the next one. More than likely, this is the penultimate issue readers have been waiting for. Wait until the ultimate one. 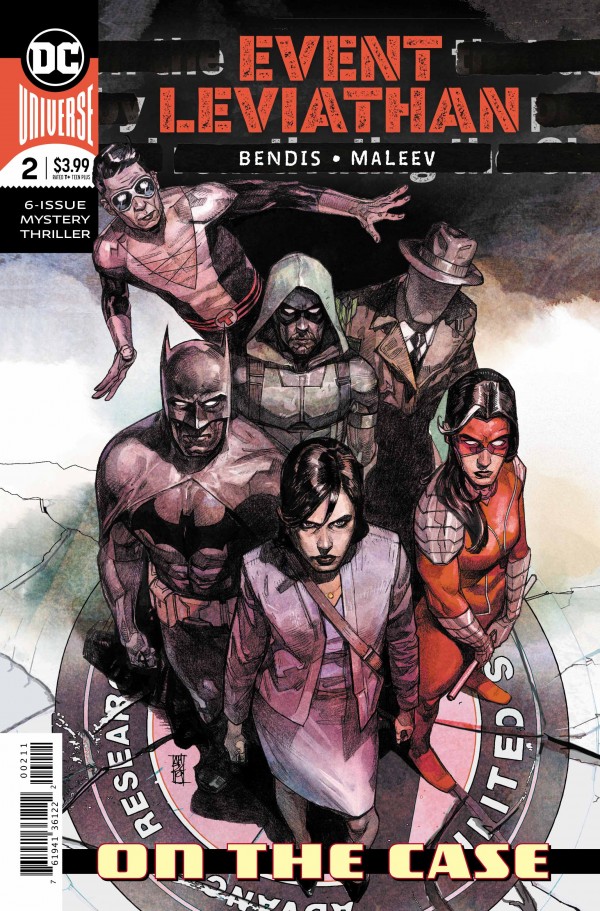 Brian Michael Bendis and Alex Maleev. I’ll keep this one in mind.

That’s all I have. I mean it – I’m still working out what this is about. 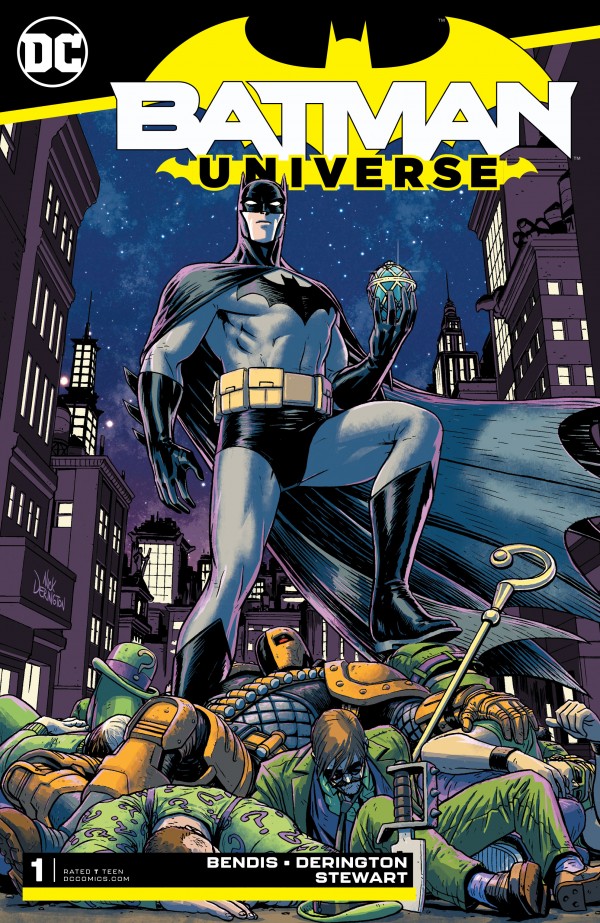 More Bendis … and in this book he’s partnered with Nick Derington. To all aspect and perspective, it looks like another Batman book. But the question is: why does DC need another Batman book? I mean, isn’t Detective Comics, Batman, the various incarnations of the Batman Family – aren’t all these titles doing alright? Given that Batman is in a number of different books already, won’t this mess up the already precariously balanced continuity?

In this story, Batman is chasing down the Riddler in the theft of a multi million-dollar Faberge Egg donated by the great-granddaughter of Jonah Hex, Jinny Hex. Of course, he also runs into Deathstroke and Green Arrow. It’s like this book is just an excuse for the Batman to have encounters with both friend and foe alike.

I can’t say I was overly impressed with both scripting and art. No disrespect to Mr. Derington, but his stylings just weren’t my cup of tea. Given the superfluous nature of the book, I just can’t see this taking off. 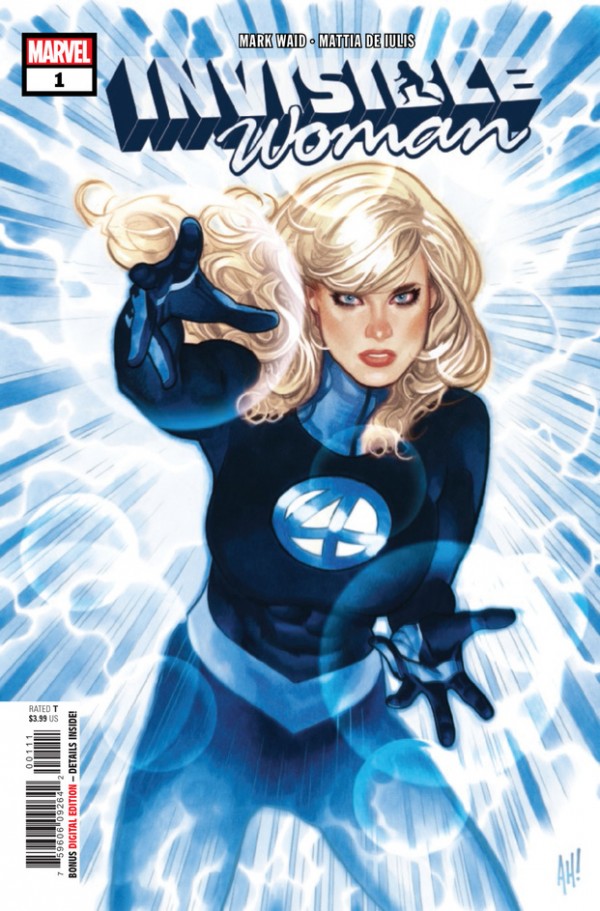 This was pretty good. If I sound surprised, it’s because I honestly didn’t think that Sue Storm can carry a story by herself as top banana. But apparently, she’s had a bit of an espionage past – who knew? When a former espionage partner gets kidnapped by a foreign power, Sue decides to go a bit rogue and recue him.

Mark Waid writes this one and the art styling belongs to Mattia De Iulis, whose work I am not familiar with in the least. But, I have to say, it really captured a side of Sue Storm that I’ve never considered before. So, for that: I have to be appreciative of the talent.

However, what I couldn’t figure out is the two Nick Furys. Furies? In any event, in the beginning, and I guess to represent the past, we see the traditional Jack Kirby Nick Fury. You know, the white guy? Then, later on in the story, we see the Samuel L. Jackson character. The question is: why? I mean, it’s nice to try and accept the new continuity but an explanation would have been really appreciated. Strange, but there you have it. 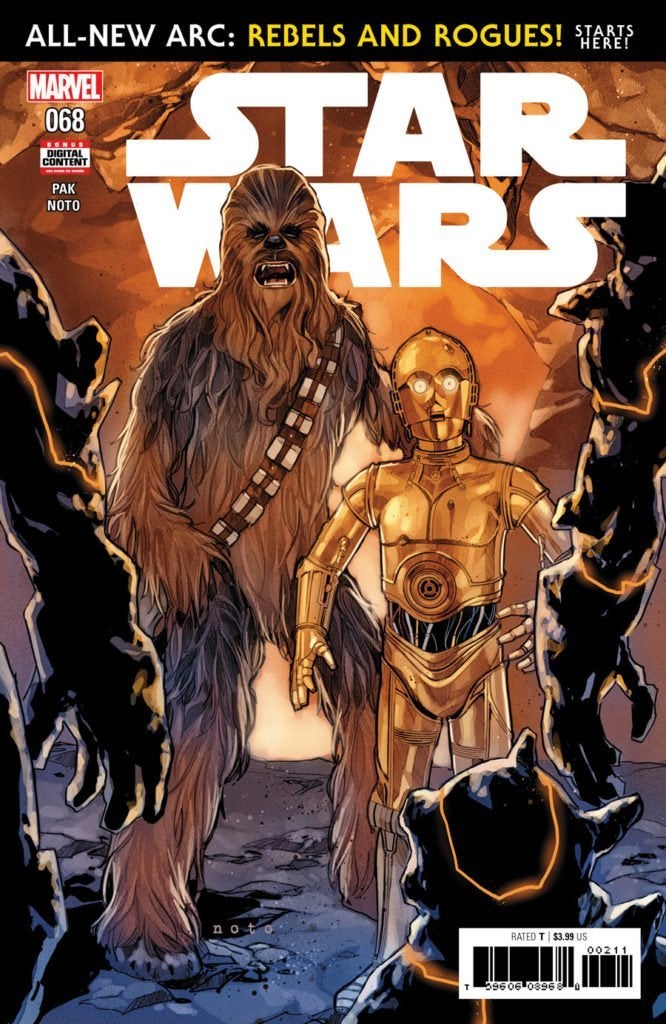 I love how the crawl begins with “… a losing battle …”, because that’s the essence of Star Wars. That’s why episodes 7 & 8 have failed to gain the same ground their predecessors have; because romance is about facing undefiable strength with indefatigable effort. Think about it: a one-man fighter can dump a single torpedo and bring down a planet-sized battlestation and we bought it for almost forty years? Yeah – that’s story-telling.

It needs to be continued and Greg Pak and Phil Noto are doing just that. Rebels on the run, disadvantaged and split up on nearly every front and their task to destroy probes searching for them throughout various systems leading up to the Rebels eventually hiding on the planet Hoth. Not only does this echo the essence of this franchise that I was just talking bout, but it also allows for continuity to be expressed outside of it. Keeping to the story while adding your own bit of flavour to it is probably the best gig a comic writer can get. Continuity and adaptation in one happy package. 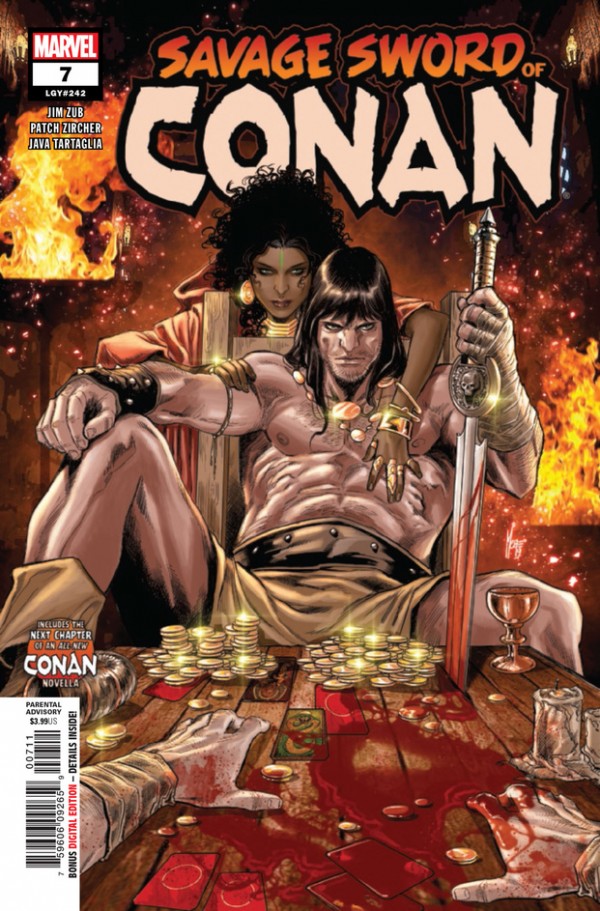 Jim Zub’s writing this one and I know Jim loves fantasy, so he’s right at home with it. Conan is a character that’s been pretty successful for Marvel lately, and this shouldn’t be any different.

I like Zub’s writing and he’s a guy who knows D&D, fantasy stories and has an excellent work ethic. I’ve called him the “hardest working comic writer in Canada” and it’s a title he truly deserves. I’ve seen him create his own work with Image Comics and then turn around and write Marvel titles while he teaches courses in Communications.

This issue is drawn by Patch Zircher and there’s definitely a Buscema vibe to his work, which is perfect for Conan.

In short, Marvel has two perfectly suited creators for this story and in my book it’s a winner.

Keeping to continuity, Zub has Conan fall into an opportunity to defend a rich merchant for his “weight in gold”. It’s a perfect Conan hook and Zircher’s sly change of expression on Conan’s face is definitely worth. This is part one of the arc titled “Conan the Gambler”. While Zub keeps Conan in the physical realm, allowing him to demonstrate his prowess with sword and steel, he also puts him in the thinking man’s domain by letting him play a game of skill against a master gamesman.

The essence of Conan is to throw him into situations he isn’t prepared for and to have him survive wither by muscle or luck, but rarely by his wits. Still, Conan isn’t the type to shirk from a challenge, and sure enough, Zub throws him into the deep end for our entertainment.

This has got to be the pick of the week. Not only is it a classic property that has entertained millions for decades, but it’s also one that’s been written and drawn true to continuity. This is the type of story that gives me faith in the resilience of the comic medium.

That’s it for now. Keep your own continuity as stable as you can until next week!

Pick of the Week: Savage Sword of Conan #7