The importance of hope.

I’m taking this idea as the theme for this week’s overview of comics because I think it’s something that is undervalued as we think about how we make our ways through this series of challenges and obstacles we call life.

People think hope is just a symptom of passivity; it’s not. Hope is the greatest strength we could have, and its absence plays a great part in heroic stories. After all, what else are the heroes fighting for, if not for hope in the good and that all things will be well again? 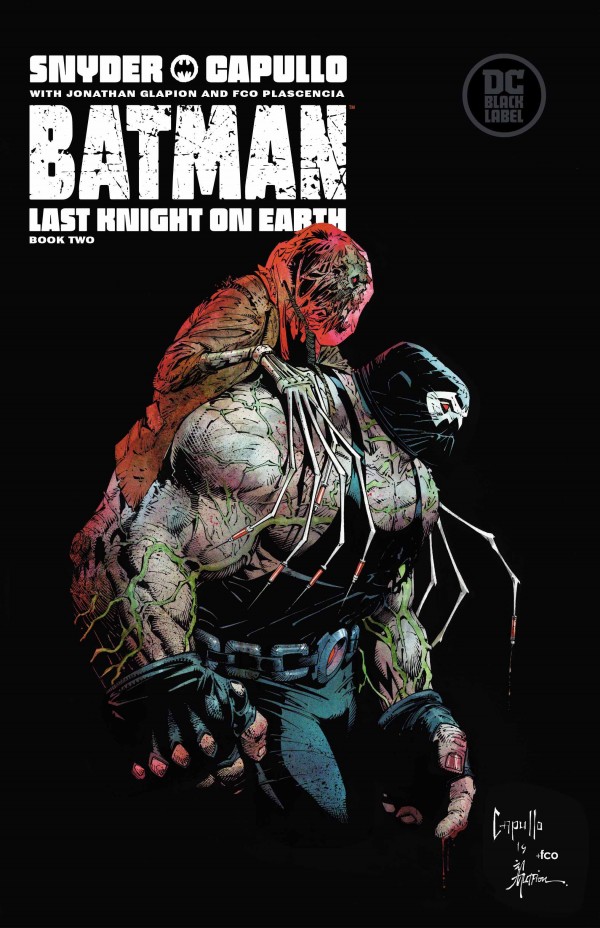 The first of three Batman titles we look at for this week’s review. Batman has to be the ultimate last refuge of hope. Though he doesn’t show it, the Dark Knight, resplendent in his grim outlook, is probably the last bastion of hope for Gotham City. Not only does he wage a one-man war on the deluge of crime that engulfs the city, but he does it with a never-ending amount of patience and determination.

But, in this otherworlds-style story, there really is no room for hope. Omega has re-shaped the plnet in his name and while there are still a few hold-out superheroes, hidden and still resistant to Omega’s influence, the majority of them have been killed. Bruce Wayne wakes up to this apocalyptic world, years ahead of when he last remembered it, and still dons the cape and cowl.

It’s good to see Snyder and Capullo back together again. They have a real chemistry, and I think I’m on record for stating this before, but if there was ever a partnership that needs to stay together, it’s these guys. Of course, these decisions are not often up to the creators, especially when working on franchise properties like Batman, but it would be great if they could find their own project to work on again.

The teamwork is apparent. The way that Capullo transitions between the sequences of Batman in Gotham and then Batman in the post-apocalyptic world that Gotham has become; the complete and utter despair on the faces that Bruce Wayne encounters in this shadow of the world he once knew – this is visual storytelling by two masters of their crafts.

I have to say that in a twisted way, I enjoy seeing the apocalyptic caricatures of the former heroes – and villains of the DC Universe that Snyder and Capullo have presented to us. It’s always fun to build things, but in a childish, perverse sort of way, there’s also a great deal of satisfaction in taking them apart. That’s pretty much what these creators have done for us in this story.

Along with Batman, we are struggling to make sense of this world. The lack of hope in it adds to our driving curiousity as we wildly search the book for more understanding. It’s a visceral book that should definitely be read.

The Batman Who Laughs #7 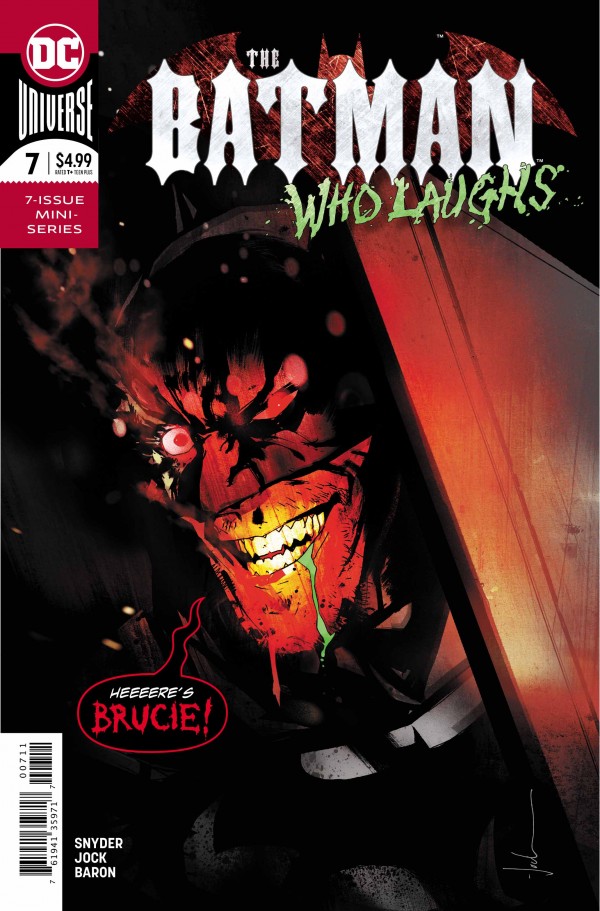 The final issue in this tale of Batman’s hopeless journey into insanity. The Batman Who Laughs can only be defeated by another Batman who understands him, so of course, being the hero that he is, Bruce Wayne allows the enhanced Joker’s venom he has been dosed with to drive him to the brink of the same madness that affects his other-dimensional counterpart.

It’s a real battle given to us by Jock and Scott Snyder. Jock’s art-stylings are wildly chaotic and match the frenzied spirit of the story. While a crazed Batman tries to prevent the poisoning of the main Gotham water supply and has to defeat both the Batman Who Laughs and the Grim Knight (a Punisher-esque Batman from yet another dimension), he also has to overcome the wanton desire to succumb to the madness and become like his enemy.

However, it’s hope that we have to cling to in order to understand the ending of this story. I have no intention of giving the ending away, but there is a real theme that emphasizes who we really are, inside that plays strongly in this book. Are we who we are because of the external forces and influences around us, or is it a set of immovable core beliefs that define us? I think that’s the hope we need to have when we think about overcoming obstacles and that’s what we see in this story. 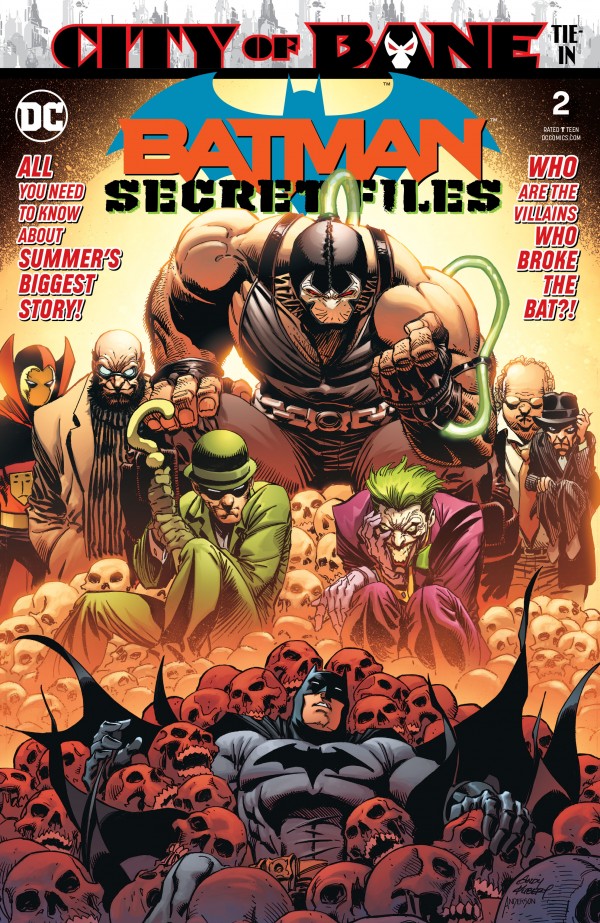 It’s hard to summarize all of the short stories presented, but a good number of them are a lot more light-hearted than their full-title compatriots. Of course, there’s a lot of Batman in here, and why it’s important for him to be in his city, doing what he needs to be doing. Like I alluded to earlier: the real spirit of Batman is an undying sense of hope that if humanity can’t fix itself, he will. 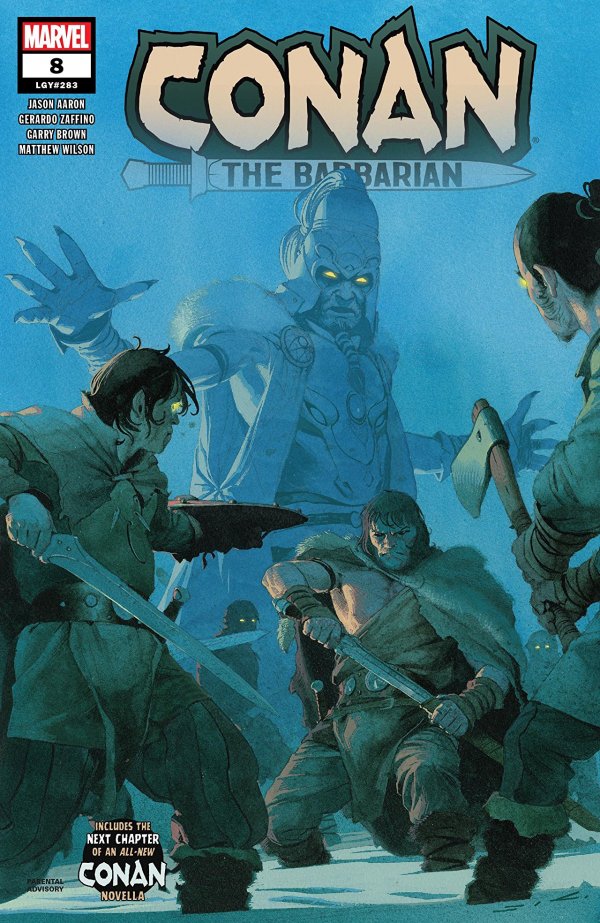 Jason Aaron and Garardo Zaffino bring Conan home to Cimmeria in this issue.

Home is supposed to be a traditional refuge; a place of restorative welcome. But what happens when the familiars of a vengeful wizard follow Conan to take him off-guard in this place of safety to destroy him?

Such a classic fantasy story. If you have a love of this genre, then this is the comic for you. Jason Aaron has the pulp stylings down pat and each issue always begins with the same litany of Conan’s past and a map of where in Hyboria the story takes place. Each issue is steeped in this delicious deep fantasy that is hard to not admire.

Conan is unique in that he does not need hope to survive. He simply just refuses to die. With any luck, that determination will transform into hope for those around him!

Then there’s the work of Dan Slott.

Dan’s stock-in-trade is providing his readers with believable characters with integrity and meaning. Of course, when it comes to iconic character like The Fantastic Four, he has an abundance of material to work with.

In this issue, the honeymoon of Alicia Masters and Ben Grimm is about to take place. Timed so that the Thing will transform into Ben Grimm so that his wife can enjoy the company of her husband as a regular human being, this entire issue drips with the honey-scented promise of a happy vacation for the newly-minted man and wife.

Of course, when the disgruntled father-in-law, aka the Puppet-Master takes control of the Immortal Hulk to grind the Thing into dust, he has little more than 52 seconds to defeat the Hulk and protect his wife from harm.

But you see, that doesn’t matter. If you’re a hero, you make your own hope. Ben Grimm is one of those heroes who steps up when there is even a slight chance of victory. Slott presents us with a story of supportive, endearing, considerate and loving people who live their lives dedicated to hopeful outcomes. Even though this seems to be just a simple fight story, there’s a lot more to it than that. It’s an examination of the Thing’s character and why he still is a draw after over forty years. Slott works well with characters who are real heroes.

There’s a great line from Amazon Prime’s presentation of Garth Ennis’s and Darick Roberston’s The Boys: “Since when did hopeful and naïve become the same thing?” This is one of my favourite comics and it perverts the traditional view we have of superheroes into seeing them as simply cynical humans with more advantages than normal. They aren’t the usual figures of positivism and hopefulness that we want them to be.

This is what happens when you take hope away from people and why it’s so important to fight to get it back. Hope solves all problems because even if it is a faint hope, one that could barely manifest itself, it can be enough to keep someone going, and that is a real superpower in itself.

That’s the essence of this story and that’s why it’s the pick of the week for this week’s run.

Until next week, may you experience an unending source of hope.