It’s bare bones this week, people. Just hung out at Star Trek Improv Comedy show and are my warp engines ever tired.

Yeah – Star Trek humour doesn’t seem to work with a generic audience. I get that. 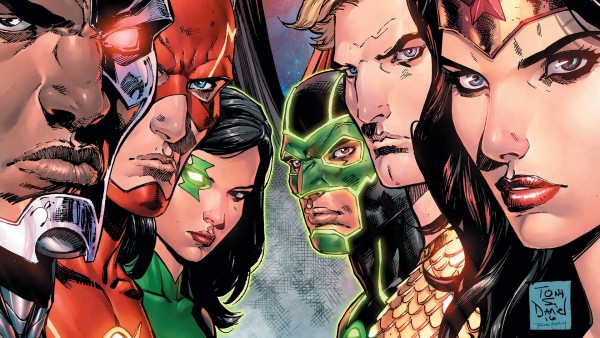 There’s both good and bad to this issue. First off, let’s start with the good. I liked how Bryan Hitch attempted to spin continuity between this issue and the prior Justice League comics, including the ones he worked on. Continuity is the strength in comics, in my humble opinion and shared universes work really well when there is a shared central direction amongst comic titles. Don’t argue with me – just look at the series strength in both Marvel and DC universes in the 60’s to the 90’s; these are the stories that are now being used and re-used in animated and contemporary television shows. If those stories, built on a bedrock of strong continuity can survive today then there’s something to be said for that theory.

What I didn’t like about this book was its blatant jingoism. Hitch tries to set this title up as a grand entry point for the League in the Rebirth universe but it fails to deliver. There is a lackluster combat sequence between the League and a generic space monster and some weak-willed angst about reconciling the new Superman in the new League. In short, it’s a pale representation of the League and I’m sorry to say that it just didn’t do it for me.

But hey … that’s just my opinion. 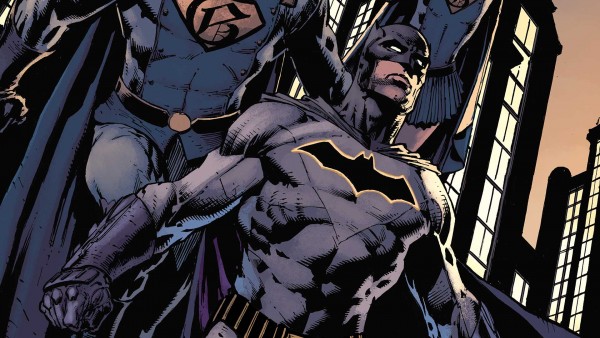 Now this one did fill me with an inflated sense of satisfaction. There’s a real mystique to this book that takes you back to the Batman of the 1940’s; the frame when Bruce Wayne dips his partner in a tango and sees the Bat-signal through the window above not only comes right out of a golden age book, but the line “I have to go” is the perfect cherry on top of the classic comic sundae.

Gotham and Gotham Girl get a real rookie drubbing in this book. It’s an excellent plot development but it also highlights the difference between super-powers and super-heroes. Batman doesn’t need flight, invulnerability or enhanced senses to make him a hero, he does it all on human drive and the pursuit of excellence. But there is a realization of his own fallibility in this book that is refreshing. Tom King has his finger on the pulse of this character and he delivers a brilliant job. I really enjoyed this issue. With David Finch’s stellar artwork in tow, this is a winning book. 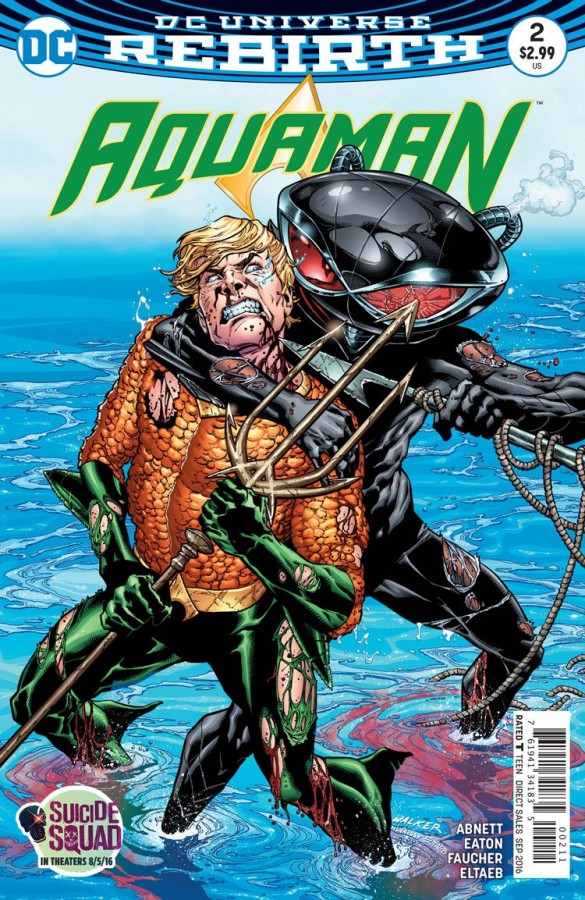 There is a real world connection in this issue. I like how Dan Abnett brings the theme of terrorism into the world of comics. As Aquaman tries to make a real political link between Atlantis, that creates a vulnerability for his enemies to exploit. I love that it’s Black Manta – one of the few villains in the DC Universe who has a deep-seated sense of personal animosity and sense of vengeance that readers can empathize with. It’s a wonderful mix of themes and Abnett crafts them together to create a thoroughly enjoyable story. 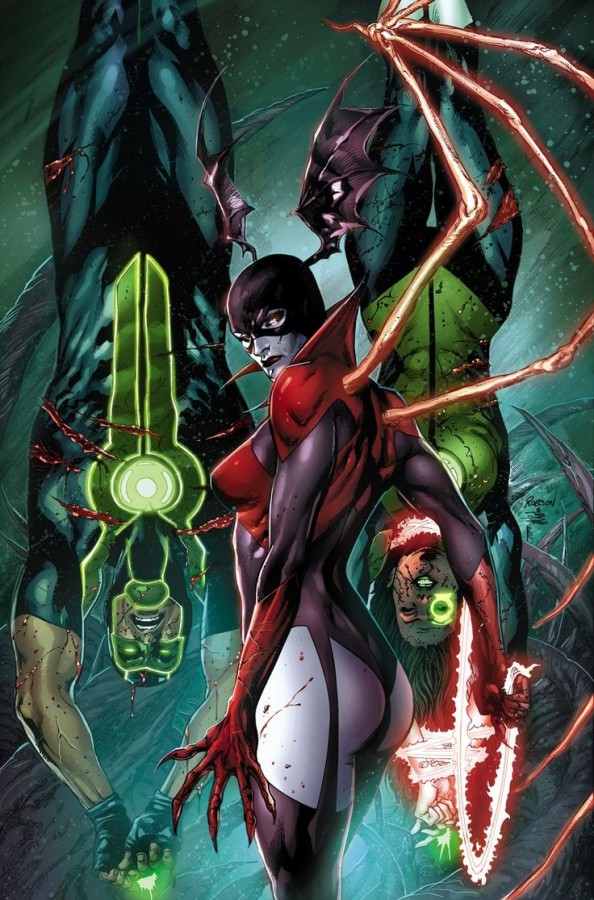 While I normally like stories about characters developing their powers and defining themselves by their new-found abilities, I didn’t enjoy this one. First off, it’s just the character types for Simon Baz and Jessica Cruz are so stereotypical that it’s hard to craft a good story out of imperfect materials. It’s not that I don’t like weakness in a hero – in fact, I think that makes them more interesting to read; but in this case these are characters that just reek of insecurity. In other words, they’re too pathetic for me to generate any sense of interest.

Of course, this is just my opinion. I’d much rather have Hal or Guy or even Jon Stewart back, slinging the rings. They were solid, entertaining character and why does Sector 2814 need more Green Lanterns from Earth? If it ain’t broke – don’t fix it. 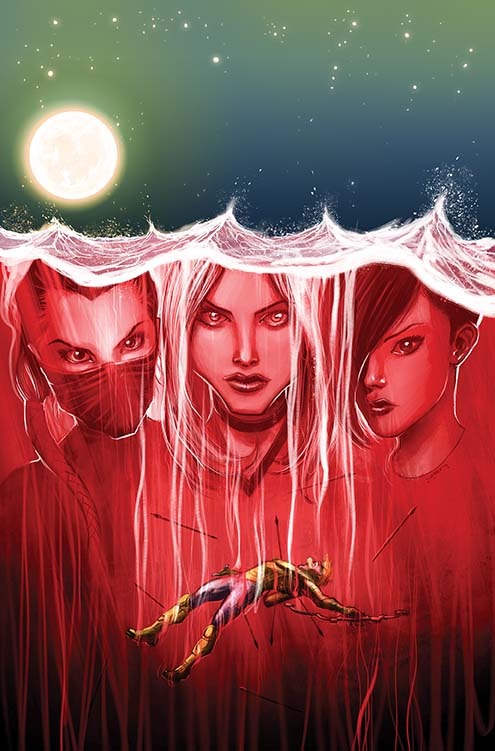 The cover to this book is absolutely entrancing. It does its job of drawing in a reader. Covers get under-rated in my opinion. This one does a fantastic job of living up to its responsibilities. Nice work, Juan Ferreyra.

In terms of the story though, I couldn’t get into it. This is a story about losing everything and starting again but sad to say, it falls short. In order for a loss to be felt and be poignant, it needs to have a lot more lead-in time than just one issue. This was a rushed storyline and it failed to deliver. 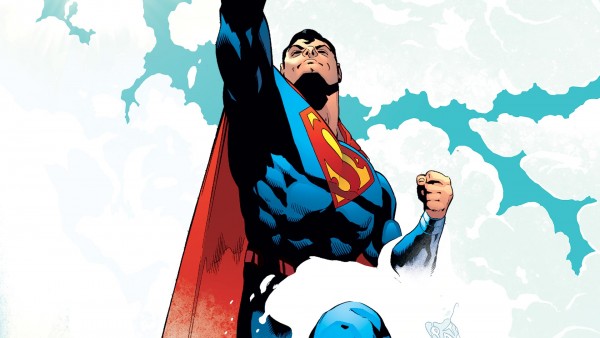 Hmmm … I’m more interested in the backstory about Clark and Lois’s son Jonathan than I am about the main story. After all, I kinda want to see a Superboy grow up and discover his powers. To me, that seems more of an interest than trying to reconcile any of the Superman villains from the 1990’s. Did I give too much away? Sorry. But maybe it’s just the parent in me but that’s just my perspective. 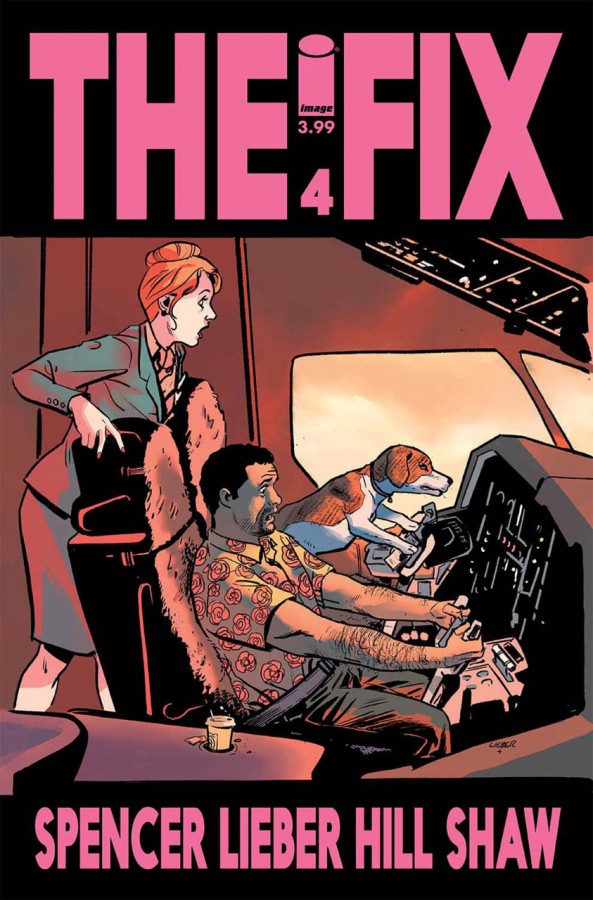 This book has had an explosive start. It’s brimming with energy and social commentary about the manipulative aspect of perception and Hollywood glamour. I can’t say I’m fond of the cynicism, but there’s no doubting its dark humour and sarcasm. Actually, this is a book that’s clearly destined for a television series. It’s very importable and you can see the premise being very easily adapted for life on the small screen.

It’s cleverly dark, darkly funny, and funny but in a clever way. 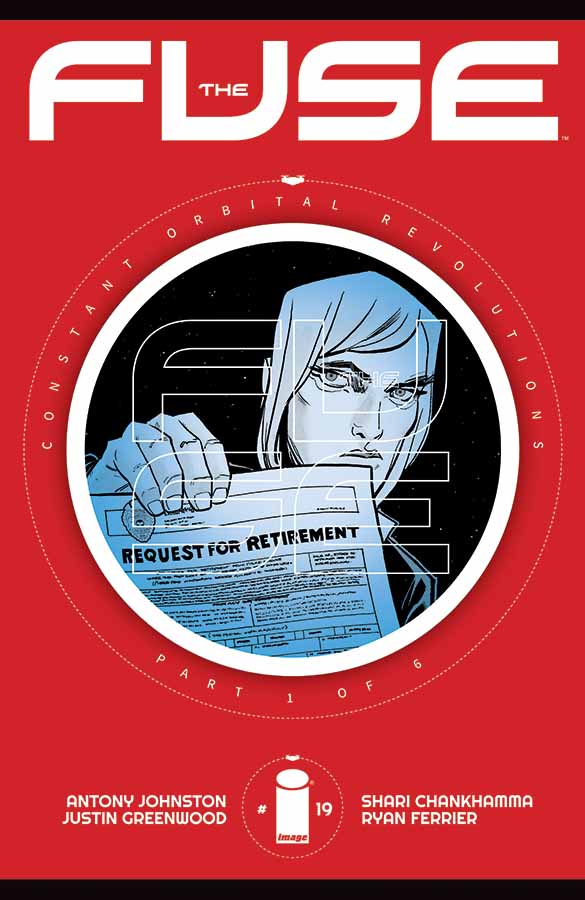 The Fuse is back! Yes! Klem is retiring – she’s sixty odd years old but that doesn’t stop her from discovering new cases. Of course, we don’t know what’s going on with her partner who, for some reason, volunteered for Homicide on the Fuse. Still, a new mystery has presented itself and this issue is off to the races!

A fantastic series. I love the blend of police work and sci-fi content in this comic. It’s such a great addition to your comic reading list. 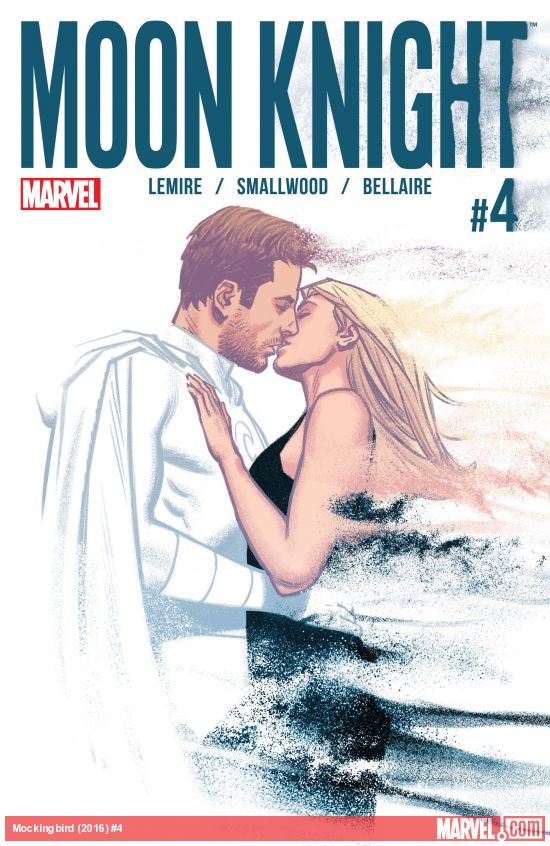 Wish I could say more about how great this book is. I’m seriously considering just camping outside Jeff Lemire’s doorstep to pepper him with questions about his direction, why he chose to work on this title and all sorts of other comic goodness. I love his writing – not so much his drawing, but I love reading his stuff. Sweet Tooth, Essex County, Trillium and others – seriously talented guy. 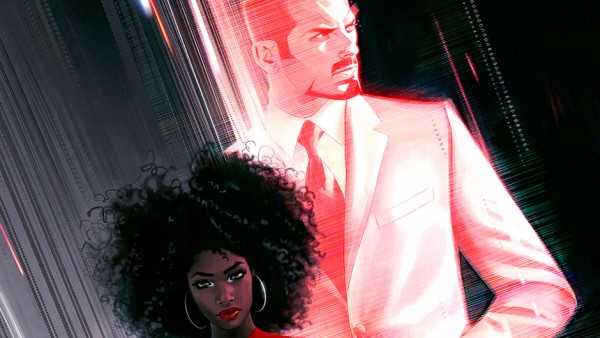 Why? Why do we need a new character? I thought Tony was doing just fine with his Robert Downy Jr. invigoration. I hate it when new characters are seen as a panacea for ailing whatever is wrong with an established title. But that’s the problem here: there is nothing wrong with Iron Man.

Sigh. Not my pick.

The Pick of the Week: Batman #2

Well, I have to go with DC Comics and Batman (Rebirth) #2. I just like that Batman returns to his roots as a classic character and set against superhumans, we are reminded what sets him apart from the other Justice Leaguers. He is a superb strategist who relies upon guile and mystery. These are under-rated abilities and I think Tom King manages to capture the essence of this character extremely well. Kudos to him for this week.

And that’s it. Like I said: short and sweet.

Catch you next week.