Moderating talents like Terry Moore, David Finch, Ed McGuinness, Chad Hardin and Jonboy Meyers definitely takes it out of you. But Hosting Brent Spiner on stage and hanging out with the legendary John Byrne and William Shatner put it over the edge.

It’s all I can do to read some comics this week and try to calm down. So, let’s get to the list for this week. 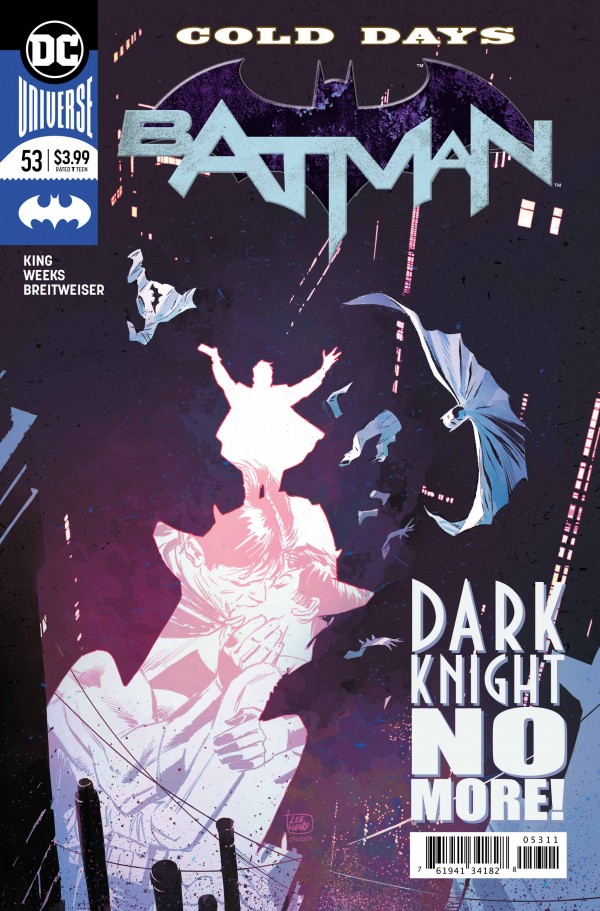 I wasn’t too impressed with last issue, if you may remember reading. It felt a little laboured and stale. Yet, Tom King has redeemed himself in this final arc of ‘Cold Days’, in which we see Bruce Wayne managing to seemingly regain his composure and faith in Batman in an attempt to convince jurors to ignore Mr. Freeze’s claims of Batman’s over-violence and declare him to be the villain, rather than the Dark Knight.

There’s a strong sense of religious sentiment in this story, very much like the notion of sacrificing an only son in King’s other blockbuster work, Mr. Miracle. It’s certainly a source of storytelling that makes one consider what King’s inspirations are. After all, King’s demeanour with his fans is hardly serious, and it runs dichotomously to the tone of his writing.

I’ll be talking with King in the next little while. Stay tuned for the upcoming interview.

In the end, it is Bruce Wayne who manages to see the day, rather than the Batman. But, there’s a journey that the Batman has to go on. After all, Batman is nursing a broken heart. It is a journey of renewal and a reminder of who he is and where his dedication should lie. This is a story that heralds the beginning of a new Batman, I think. As much as there were grumblings about the failure of the wedding as a “bait and switch” tactic, I’m starting to believe that there was more to it than that and that the Batman we know is in for some drastic changes.

It’s a brilliant reminder of why Tom King is who he is and why he is entrusted with the care of this flagship character, which will probably go down as one of the most remembered runs in contemporary comics history. This could be a major defining moment in the Batman’s history.

In other words, it’s good. Go buy it. 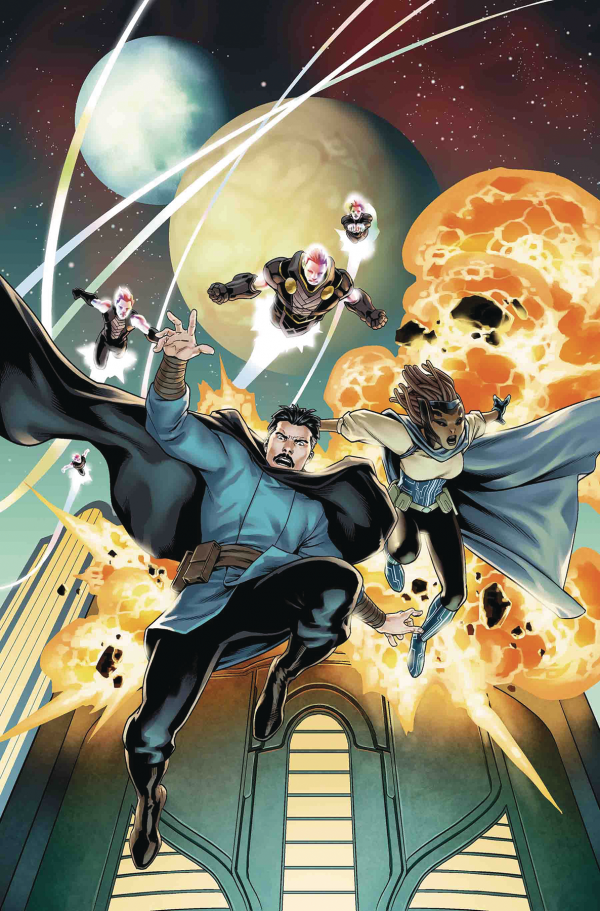 I am loving this story of reclamation and rediscovery as Strange continues to embark upon his cosmic quest to regain his magic powers and Mark Waid gives Strange the right amount of curiousity yet has to set this against the natural arrogance that Strange still possesses despite losing his powers. It’s very much like a revisiting of his origin story, finding new ways of empowerment after the loss of his surgical skills.

Jesus Saiz’s visuals are quite stunning, even down to Strange’s facial expressions when he learns a dose of humility, and there’s quite a lot in this story as Strange is taught by someone older than himself exactly what his motivations should be in the pursuit of magic. 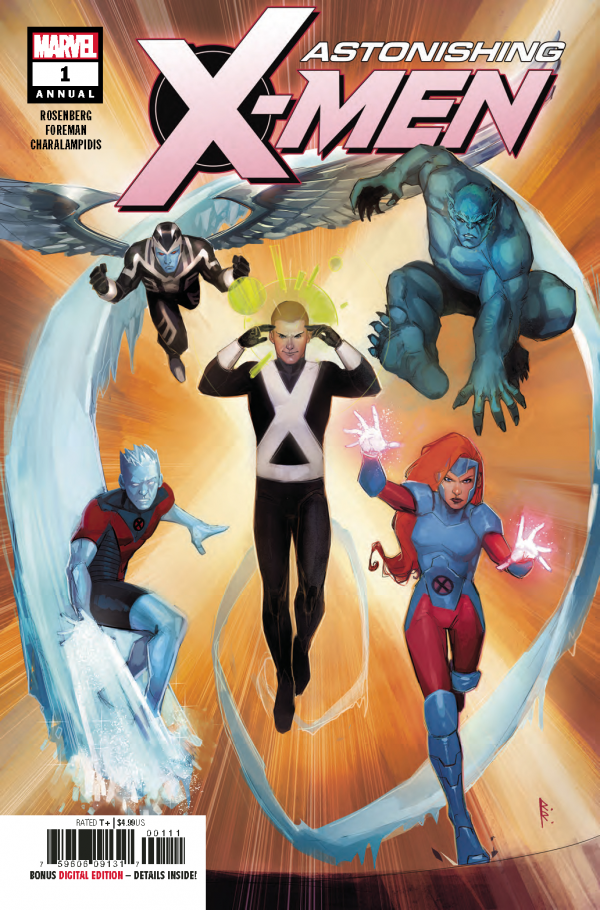 A reunion of the original X-Men (minus Cyclops, of course) as Charles Xavier – in his new incarnation – provides Beast, Iceman, Marvel Girl and Angel with a new obstacle to overcome in the form of an old villain.

Matthew Rosenberg is just showing off his own astounding knowledge of X-Men history as he resurfaces an old villain to challenge the original team! But this was the subject of the interview I conducted with him a few weeks ago at San Diego Comic Con that looked at his success. The guy knows the X-Men inside and out and he provides that original feeling of reading them back in the heydays of Byrne and Claremont.

This story is a nod to a Stan Lee story, however. But it’s X-Men history at its best and complete winner in my book. 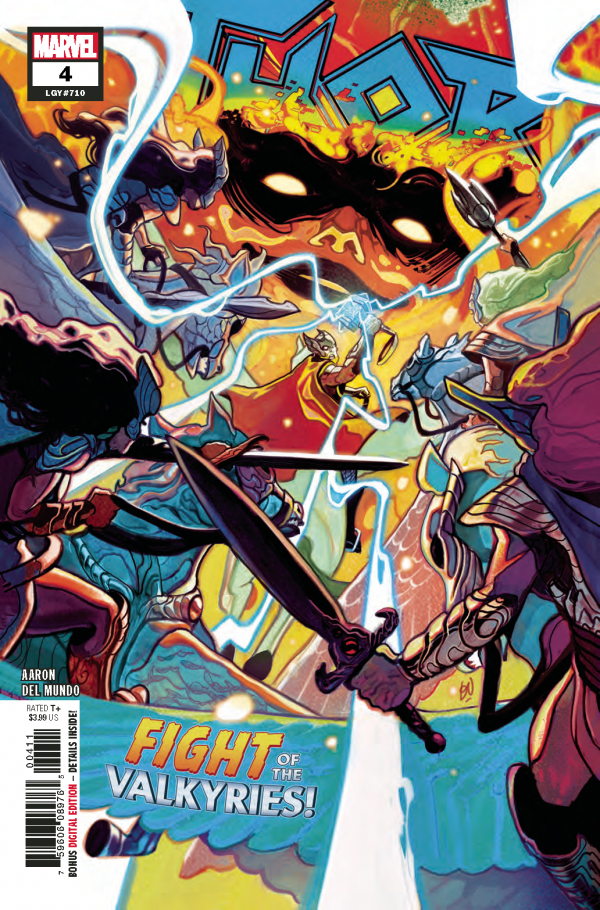 Jason Aaron knows carnage, bloodthirsty battle-lust and the ways of the Norse Gods as this Battle Royale issue demonstrates.

The war for Hel is at its deciding moment. Surtur’s daughter Sindr is at the gates of Hel and Thor needs to marshal more forces to be able to stand against her and protect the realm from Malekith’s minion.

Thor is still not worthy, but has regained his title as the God of Thunder. He can now go and do great things that will bring an end to his unworthiness within time. Malekith’s war is sure to enable this to happen and his death will ensure he will be able to hold Mjolnir once again.

With the recruitment of the Valkyries, maybe we’ll see that. 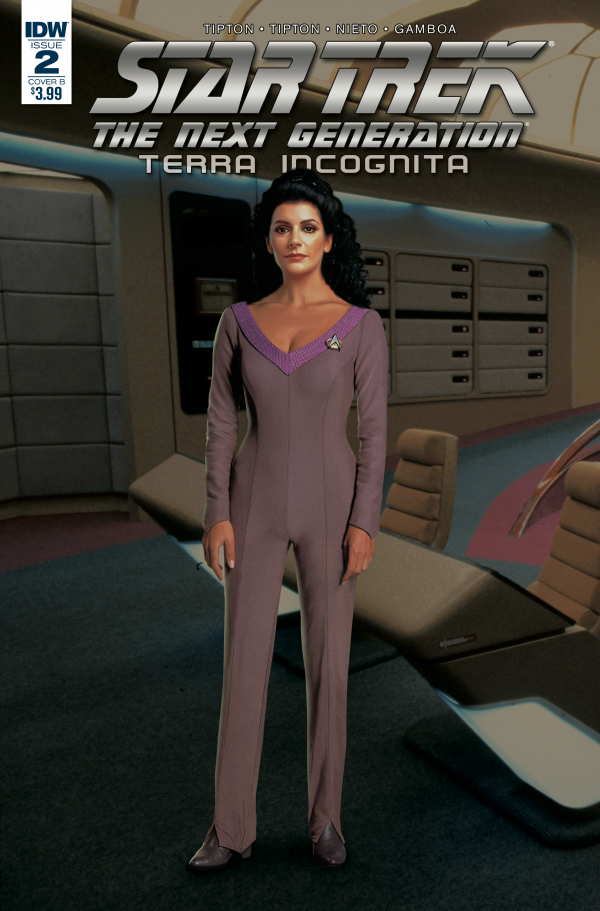 Another great story from Scott and David Tiption, drawn by Carlos Nieto. It’s a true-to-form TNG episode in which the Enterprise is called to foster a diplomatic mission and the spotlight is on Counselor Deanna Troi as she is given charge of the care of the two negotiation parties of the Federation and Cardassians.

The thing I like about the Tiptons is their accuracy. When Trek fans want to read the continued adventures of the Enterprise-D, they want the same nuances of character, the same dialogue and behaviourisms they are used to when watching this iteration of the franchise. It’s not about providing a new spin on the character, as previous publishers of Star Trek comics have done, it’s about providing the fans with what they want, yet in a way that does not restrict creativity or new development of character.

For example, as the ship’s counselor, the perception is that Deanna Troi is not a character to be reckoned with. However, Scott and David Tipton shake that misperception by placing her in a survival situation on a desert planet, forced to rely on her own wits and even combat skills. We see that Troi is not only up for the challenge, but acquits herself most admirably.

But I also love the cameos of supporting characters who have graced reruns of this show in the past, like Captain DeSoto of the USS Hood. Morevoer, we also see deceptive Cardassians, arrogant Vulcans and oh, remember our displaced Mr. Barclay? While the main focus of this story is rescuing the endangered diplomatic mission, we still haven’t forgotten about the Mirror Universe Reginald Barclay still skulking around the hallway shadows on board the Enterprise.

There’s a lot going on in this story and it’s Star Trek as true as it can be.

… Which makes it the pick of the week for this time around! It’s been a Star Trek weekend hanging out with both Shatner and legend (and Trek comic creator) John Byrne. So, it’s clear that not only am I in a Star Trek mood but also in a mood for comics to read.

This is a book that reinforces the idea of why we love the things we do. It’s a true representative of the late-1980’s show’s vibe and that can only be provided by true fans.

Much like any successful comic convention is a true labour of love, so is this book.

Until next week, as I told Brent Spiner, may the force be with you.

Pick of the Week: Star Trek – The Next Generation: Terra Incognita #2