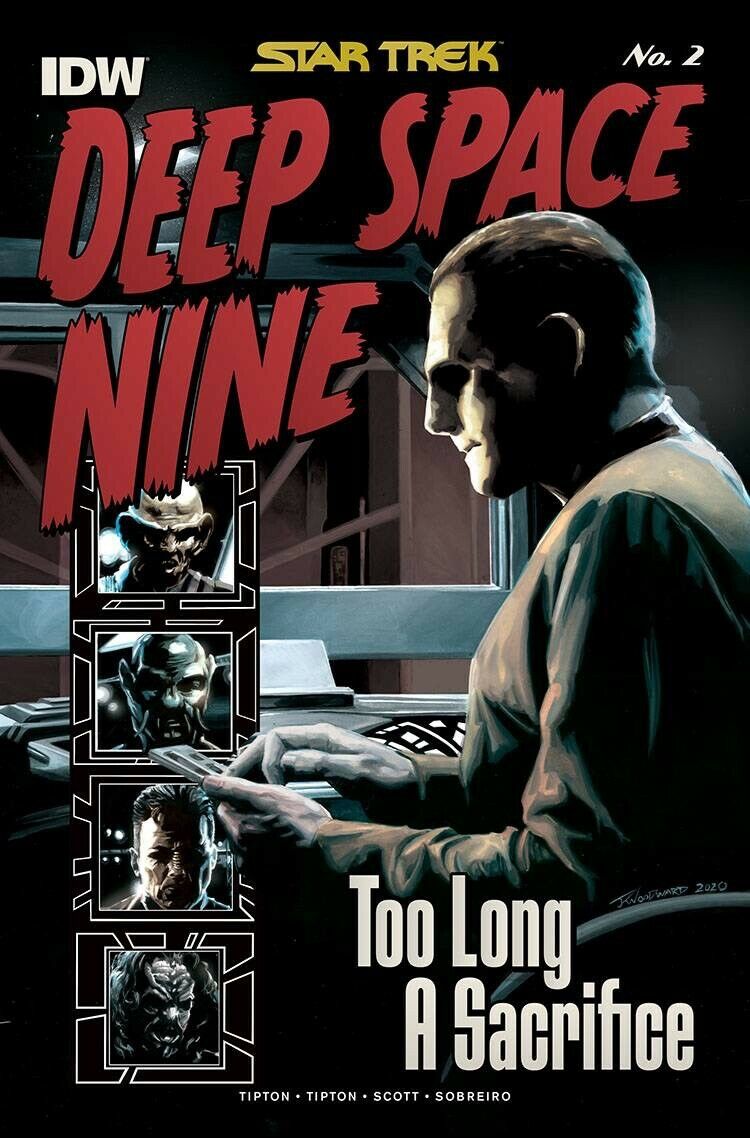 You know why I love Star Trek comics?

Because they have such a flexibility and freedom to explore new aspects of the franchise that are unable to be examined in a television or film environment. Comics are a medium that offer so many possibilities that virtually any type of story is tenable. What makes them better is having creators who not only have a love of the franchise but also know it inside and out and can transfer that mastery to a comic book story.

The story so far:

A bomb has been detonated on the promenade, destroying a local eatery and instilling a sense of fear on Deep Space nine that hasn’t been felt since the Occupation. In the throes of the war with the Dominion, the citizenry, officers and staff are in the grips of terror and it is up to Constable Odo to mount an investigation to determine the culprit and restore a sense of civility and order to the station. Odo believes there might be a personal motivation to this crime that seems to be confirmed with Quark as the latest suspect.

You see, that’s a premise that I can thoroughly get behind. Not only is it set within one of the most entertaining periods of Deep Space Nine’s duration, but it also brings into play interpersonal relations between characters, ie: Odo and Quark, as well as creating a storyline that epitomizes the nature of events on the station. This feels like a script from an episode.

Continuity isn’t a matter of mindlessly obeying canon; it’s an issue of utilizing those details to provide a story that would not only be true to the spirit of Star Trek as well as entertaining both old and new fans. However, in this case, this story is completely what one would expect from a Deep Space Nine episode and it’s more than entertaining – it’s a relief.

I can appreciate discovering new interpretations of Star Trek and I can accept them. However, that doesn’t mean I have to like them. However, I would never criticize someone else’s enjoyment of anew interpretation in the attempts to supplant my own. However, in this case – I don’t have to. It stands on its own as an excellent example of Star Trek that keeps true to the characters, the setting and the milieu. I think that’s the highest level of appreciation I can offer to this story.

I especially love the interplay between Odo and Worf. True to character, Odo – the consummate investigator has to contend with Worf’s brutish and clumsy interference. The relationship between the two characters doesn’t just fit the expectations that we have for these two characters, but it also reinforces one of the important ideas of storytelling – make your protagonist stand out. In this case, Odo is the focus and Scott and David Tipton do an excellent job of reminding us of Odo’s importance in this show. It wasn’t that he was just a changeling – he was a law enforcement officer who had the highest standards of law enforcement on the station. He maintained this distinction during the Cardassian Occupation of Bajor and now he carries that standard with the Federation. Odo is a creature of standards and discipline and I fully appreciate the Tiptons’ reminder of this aspect of Odo’s character.

Here’s the other thing. This is a crime story. If you look at the way that this story is visually presented, it’s completely Will Eisner Spirit material here, folks. The way the panels are shown is very staccato and completely in the vein of Crime Noir. It’s a murder mystery with a Star Trek accent and it fully works.

Of course, it wouldn’t be possible without the work of Greg Scott’s artistic stylizations. It’ a very punctuated type of visual storytelling, but when you are looking at a crime mystery, the reader needs it to be laid out in straightforward fashion to get the full story. After all, the joy in reading mysteries is looing for the clues that bring the reader into par with the investigating character. It’s a great artistic style that lends itself to the storytelling of the Tiptons.

The colours are muted (thank you, Felipe Sobreiro) because shadowy deeds require shadows. Sobreiro clearly likes this media effect, and in this book, it is definitely welcome.

I think the whole value of this book is to bring to light those canon stories but also the features of those character we know and love. Comics have that freedom, to tell a story in which ever way they want, but to see a story about these characters in the way that we know and love makes it a real joy to comprehend.

I’m a fan of these creators. Whenever they choose to tell a story about Star Trek is one that I can’t afford to pass up and miss because I know they know Star Trek, and these are stories that I want to continue. Comics allow that latitude and damn it, that’s why I love them.

Of course, I’m featuring the cover image by J.K. Woodward, because, hell, I love his work. Everybody should.

Star Trek: Deep Space Nine – Too Long a Sacrifice #2 is the pick of the week. If you love Star Trek and particularly Deep Space Nine, then it should be yours too.

Pick of the Week – Star Trek: Deep Space Nine, “To Long a Sacrifice” #2