Here’s a common theme that you might find in comics: being what you are but knowing you aren’t worthy of it.

It’s not one that’s restricted to just comic characters however. Many creators feel that way as well as their audience. It’s probably a very common thread that audience, writers and artists all share but are unaware of how close they are to each other. I’ve met many a creator who actually looks embarrassed at the adoration their work receives and many a fan who acts shy and nervous around someone they admire.

But we’re all involved in comics regardless. We’re all worthy and that’s the theme we have for this week. Let’s get to the list. 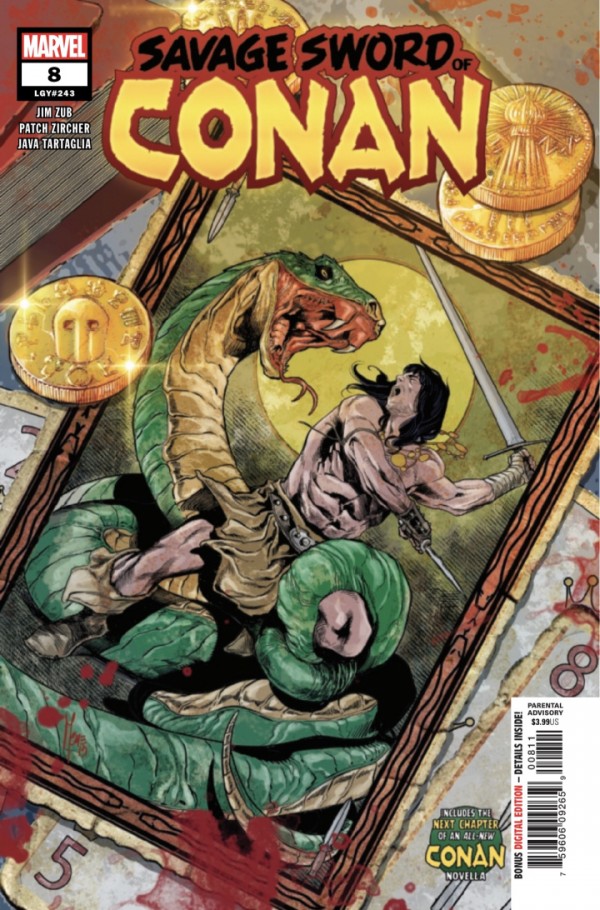 “Fortune Favors the Bold, Part Two” – love it. It’s pure D&D and Jim Zub has found his niche in comic writing. Not only does Jim have a gift for this style of fantasy storytelling (he’s written Dungeons & Dragons comics for IDW, supplementary D&D material for Ten Speed Press) but he has the experiential chops as well.

I’ve titled Jim as “the hardest working Canadian in comics” in the past, and I think there’s a lot of validity to that. Jim teaches the three-year animation course here in Toronto at Seneca College. I remember talking about it to him and the guy’s background not only lends itself to the level of dedication he has for this program, but also the credibility he has for this medium.

Conan is more than just a fighter in this issue, but eventually he turns to the sword to resolve his conflict. But I love how Zub shows us Conan’s cunning and guile. He isn’t book smart, but Conan has a wisdom all his own and we are allowed to see this aspect of his personality. He knows his worth. This story shows Conan is more than just brawn and blade and it also show’s Conan’s own awareness of his own gifts. It’s great character work and makes for a good story.

I’ve never been disappointed by Patch Zircher’s artwork. It lends itself to the milieu excellently and has a dynamism that perfectly fits this story. 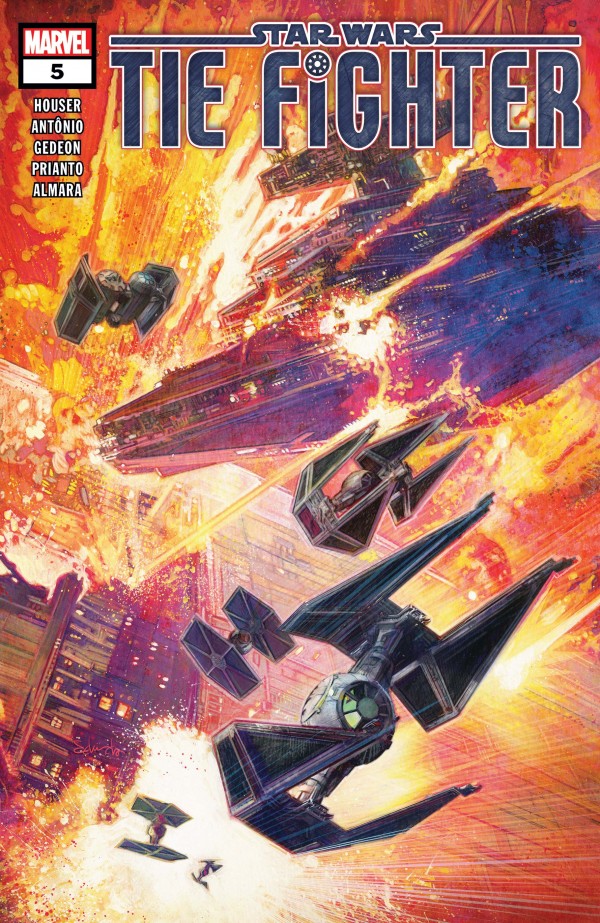 I used to love Robert Kanigher and Joe Kubert’s Enemy Ace back in the 70’s. It had a nobility to it in that you were looking at the struggles of the World War One German Ace Pilot, Hans Von Hammer not as that of the enemy, but just as a soldier trying to reconcile himself to his duty and to the horrors of war.

Jody Houser, Roge Antonio & Juan Gedeon are providing that same sort of vibe in this book about the conflict between the Rebellion and the Empire. There’s internal conflict in the pilots in Shadow Wing Squadron. While some cling to the devotion to their duty as their coping mechanism, others have personal losses that their duty has brought and forces them to question their own self-worth. It’s an amazing array of characters and puts a new spin on the way that fans of this franchise see the film universe that they love. 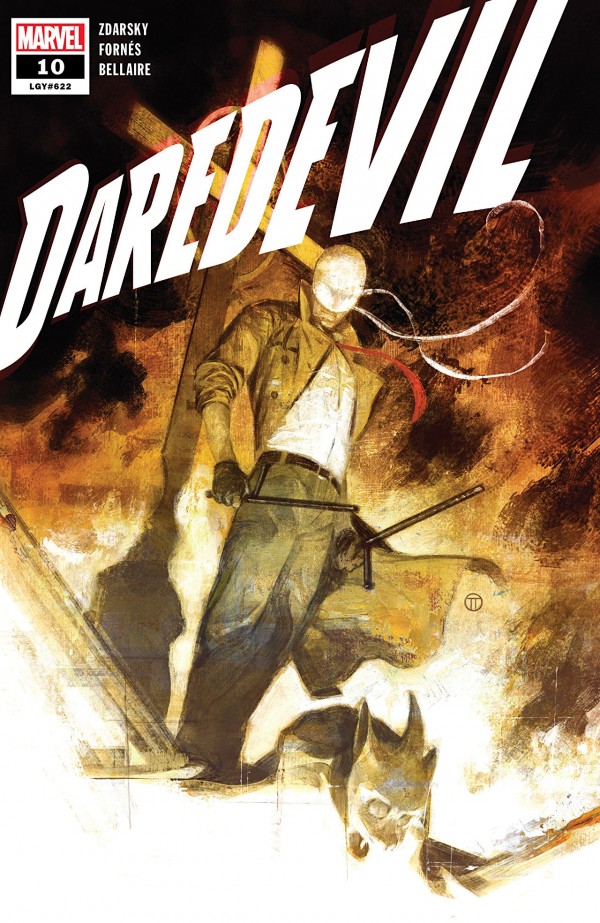 Chip Zdarsky and Jorge Fornes work well together in this story of self-worth, introspection and redemption. This is a former “pick of the week” and still worthy of that status.

What’s interesting about Zdarsky’s presentation of this story is that it really isn’t about Daredevil. It’s about re-evaluating oneself and priorities. Daredevil’s realization of his own mortality and fallibility have caused a crisis of faith. Not just faith in the Almighty, but a faith in his own purpose. How can he consider himself a hero if he falls short of his own ideals?

The same applies for Detective Cole North. His own words: “I spent years trying to do the right thing, and the only person who ever got hurt was me … and now I’m a coward. And it turned out to be the easiest thing in the world.” Cole can’t consider himself right if all the choices he has around him are wrong. So, what does that say about him?

The human drama really interests me about this story. When these two characters eventually meet, there’s a recognition of their mutual state of minds. Both eventually do the wrong things but for the right reasons and there’s a sense of respect. It’s a powerfully emotional story and one that I can really relate to.

Tom King, Mikel Janin & Tony Daniels bring us this next installment in the “City of Bane” saga. This one’s about hubris; the type of hubris in oneself that spawns the type of anxiety we fear.

If there’s anything Damien Wayne has it’s a lot of confidence. Of course, as the saying goes: “pride cometh before a downfall”, right? Sure enough, when Damien confronts his pseudo-grandfather, we know what the outcome will be. But, in typical kid fashion, they don’t think about the consequences, and that is probably the most jarring thing about this issue.

I liked this one better than some of the previous ones because it was more blatant. King likes to play with subtlety, but sometimes he gets caught up in his love of the story and the meaning becomes obscured. I like his work – always have – but I confess this has happened to me on occasion.

It was great to see Mikel Janin back on this book too. I love his pencilling work and it’s definitely Batman-worthy.

There was no want for clarity in this story. It was direct and now we see a turning of the tide. It’s time for Batman to take back Gotham. The question is: is he worthy of it? 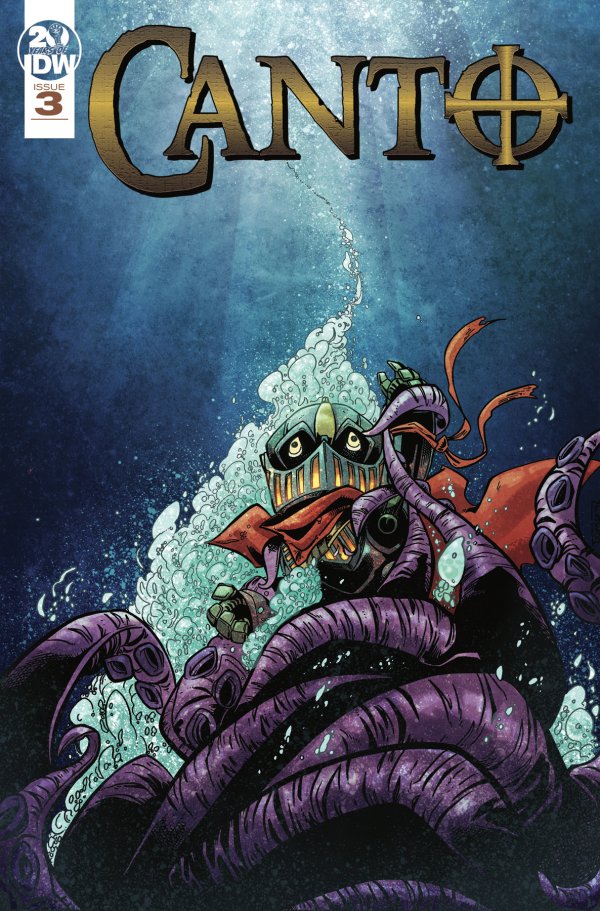 My God, I get shivers of delightful anticipation and apprehension in reading this book by David Booher and Drew Zucker, and I think it’s because I don’t just see the story unfolding in front of me, but I also see what the story can be.

That’s epitomized in the character of Canto. He’s small but he has big dreams, ambitions and the indefatigable sense that not only does he have to complete his quest but that he has no intention of failing it.

When we last left Canto, he and his loyal malorex were swallowed by a giant kraken and now dwell in the belly of the beast. While one would think this would be the end of the little knight’s quest, the story yet continues because even a threat of this magnitude is not powerful enough to stop his belief in achieving it.

Canto lives in the sense of victory. His dreams are rooted in the notion that he is worthy of success because his quest is worthy. He determines his value by the good of his cause, and while that seems to defy any intrinsic sense of self-value, is a person’s deeds a measure of their worth?

This is a beautiful book. It’s the pick of the week and is one of the few books that has been a back-to-back pick of the week. Based on the theme this week, I can safely bet that Issue #4 will also have the same status.

I remember Tom King telling me that he just wanted to be known for the love he has for the comic medium. I also remember Jim Shooter showing me his scrapbook of memories from the first Legion of Super Heroes story he got published at DC to his final days as Marvel’s Editor-In-Chief. In both of those cases, they wanted their work to stand for themselves. But I also remember seeing a fan stammer in trying to convey to Greg Capullo how much his work meant to him.

Hell, John Byrne is my favourite comic creator and even though we get along, I still feel like a complete dork around him whenever we talk.

But we’re all part of something greater – that thing we call comics.

I felt down the other day, but Darick Robertson (The Boys, Transmetropolitan) told me that my work was needed. But all I do is celebrate the works of people far more talented than me. But, maybe that’s just my part in all of this and if so, it’s just nice to be appreciated.

We just really want to be appreciated for who we are, but what we create – our works, our words, our praise – are representations of that sentiment.

There’s the similarity that we all have that I was talking about in the beginning. We all share a similar type of anxiety around creative effort. Whether it’s in the making of the work or in the appreciation of it, we all fear how our words will be taken.

While we’re all in this together, it still takes a lot of guts to put yourself in the arena.