The best thing I get to do in the convention season is sit on panels with some of the creators I write about, and there’s plenty more opportunities coming up.

Last week in Boston (at Fan Expo Boston) I hosted a panel of indy creators featuring Andy Belanger, Rob Guillory and Terry Moore. The insight into their careers was astounding. Their drives and creative reach were definitely inspirational to learn about and I know the fans enjoyed it too. Then, I was able to host a Sketch Duel among Chad Hardin, David Finch, Ed McGuinness and Jon Boy Meyer. The subject was “Hulk eating Pancakes” but to hear about their process – well, I’m a lucky guy.

It’s insightful to get to interact with creators personally. Their personal beliefs, experiences, styles – even the way they talk to fans, I get to learn so much about them that helps me understand their writing better.

But that’s what comic-cons are for. In fact, I don’t think there’s any sort of literary event save book talks or “meet the author” nights that give fans such a personal access to their creator heroes. I’ve hosted panels before where the questions are natural, unscripted and give fans a chance to deliver a question about a writer or artist’s work that come from a place of sheer wonder.

It’s a wondrous thing to behold.

I’ll be heading into running panels and even more interviews at the end of this month at Fan Expo Canada in Toronto. I’ll be sure to include more of these wonderful encounters in the next few weeks, including some exciting interviews.

But for now, let’s get to the list for this week! 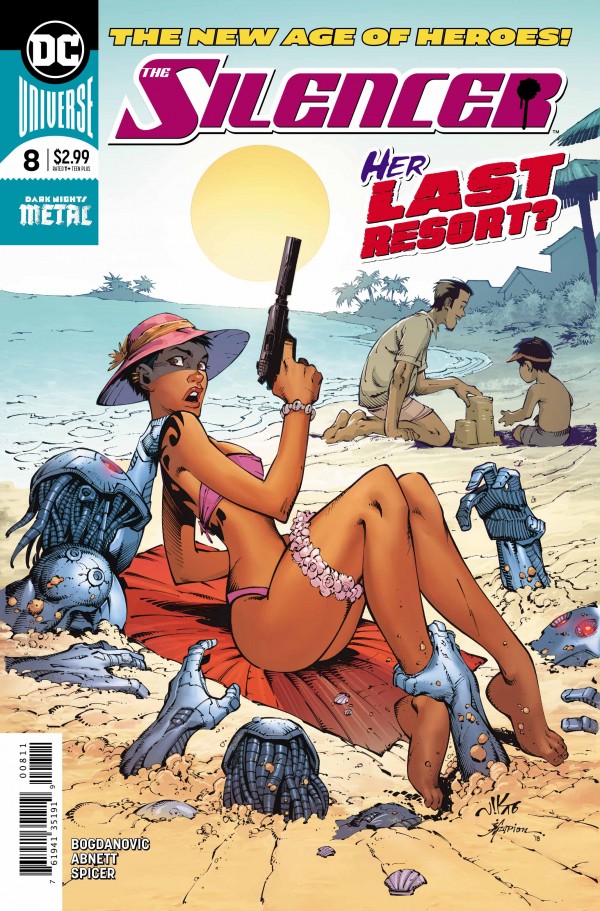 How do you balance a secret mercenary identity with that of a loving family mom?

Well, you can’t, as this issue of the Silencer proves. It’s getting more and more difficult for Honor to maintain her secret past from her family. Under the ruse of giving her family a vacation to a super-hero resort that is conveniently located next to Khadym, Honor Guest seeks to get to the root of her problems by seeking information only obtainable in the rogue nation.

It’s a bit risky to bring her family out into the open, but it’s a calculated risk.

Dan Labnett is a gifted writer, and decides to spice the story up a bit by throwing a bit of dark magic into the world of espionage and merc-work. The Silencer has made a lot of enemies in her career, but the magical angle is a bit of a welcome surprise to liven things up a bit. Also, while I enjoy the irony of returning to her work as the Silencer to protect her family, I can’t wait for the time when her family learns about her true identity and hidden past.

Speaking of livening things up, Patch Zircher’s art really jolts this comic. Again, something else unexpected but definitely welcome. 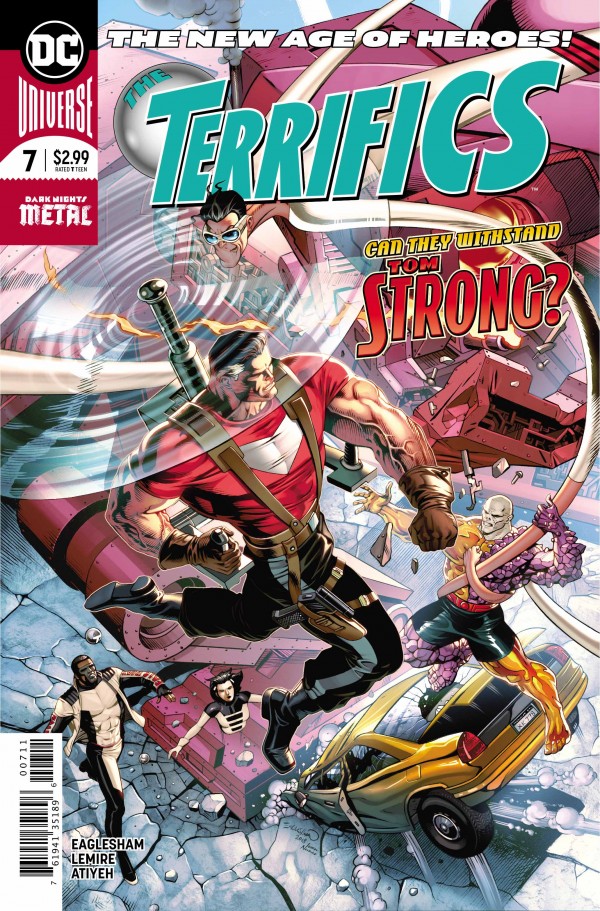 Mr. Terrific has always been an underestimated hero. This team is also an extremely eclectic combination with Metamorpho, Phantom Girl and Plastic Man rounding up the roster. Heroes that one would not expect to come together actually do have a lot of chemistry together, surprisingly enough.

However, the real gem in this book is the lovely pulp dimension added to it with the inclusion of one of my favourite characters of all time – Tom Strong!

Even though Tom Strong was a character created by Alan Moore (who definitely would not work for DC), it was in a work-for-hire situation while Moore was actually creating characters for his friends. However, DC purchased the original company that owned the rights to Moore’s creation, and now we have Tom Strong in a DC story.

Even though it smacks of deals and politics, I’m still loving it.

Moreoever, this book is drawn by Dale Eaglesham, one of my favourite artists! To round off the Canadian contingent of this book, it’s written by Jeff Lemire. With the combined talents of Alan Moore’s original creation and Lemire and Eaglesham telling the story, there’s no way this book can go wrong.

Pulp is never wrong, and the interaction between the Terrifics and Tom Strong, even though a short introduction, is one that holds the makings of a great adventure to come! I’m looking forward to seeing the remainder of this story.

Donny Cates begins to delve into the high family hierarchy of this story of ‘good ol’ boy’ vampires livin’ out in the swamplands, not even remotely aware of their origins.

In this issue, we begin to learn more of the families who actually control the region where the Bowmans live. But as the Bowmans don’t even know what their background is like, we are exploring and discovering it at the same time they are. However, as the omniscient reader, we get to learn about the insights and prejudices of these high-ranking families and just where the Bowmans fit into their perspectives.

There’s a real feeling of parity in this story. Cates reduces Vampire lore to the level of backwoods hokum and while there is a real tradition behind it, it’s completely not necessary to the lifestyle of the Bowman vamps who are just simply trying to “git on, gittin’ on”. 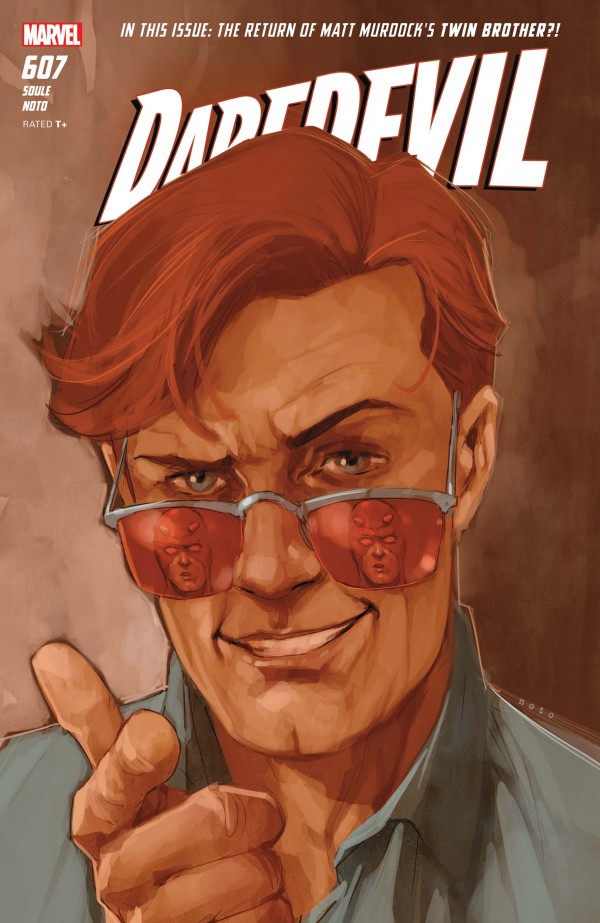 An unforeseen (pardon the expression) side effect of an inhuman’s powers has caused Mike Murdoch – an imaginary identity that Matt Murdoch adopted many years ago to secure his identity to come to life.

Written by the insanely talented Charles Soule and drawn by Phil Noto, this is an awesome side-story that fills the gap between defeating the Hand’s arcane forces and preparing for what other evil machinations Mayor Kingpin has in store for Daredevil’s Hell’s Kitchen.

But it’s also a great tip of the hat to the early years of Daredevil when Stan Lee and Gene Colan were telling this story. It’s a story of not only great entertainment but also respect. 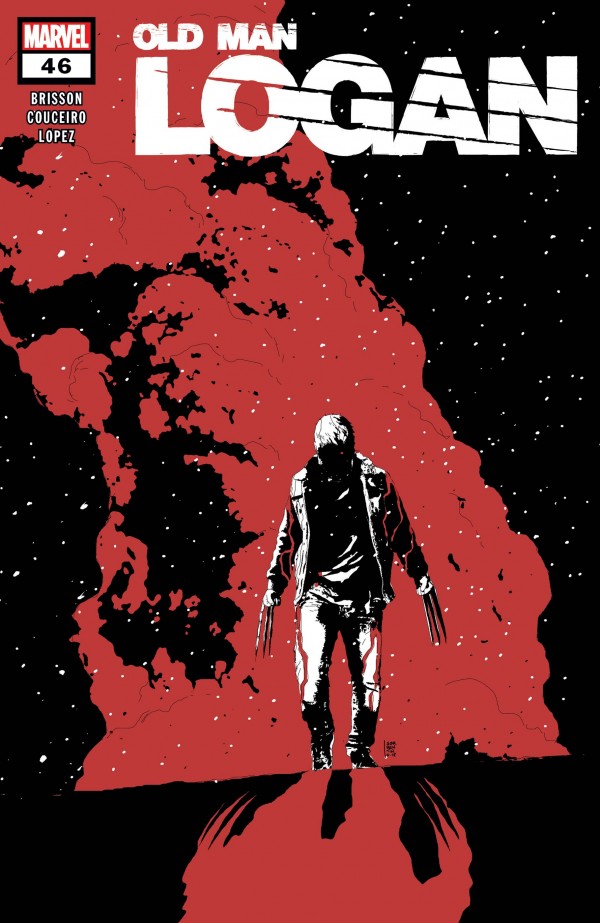 Ed Brisson writes Logan into an Alpha Flight story as the aged Wolverine makes his way back to Canada – Nova Scotia, more specifically, which is where Ed Brisson has moved to, coincidentally.

I love that Brisson is giving a nod to Logan’s Canadian roots but we also learn that the balance is tipping against him as the adamantium in his skeleton is breaking down and causing toxins to seep into his system, killing him slowly. There’s really nothing that can be done.

Still that doesn’t stop him from re-uniting with Alpha Flight – my all-time favourite X-Men spin-off super-team – and cementing those bonds with loyal former team-mates. I especially love the moments shared between Logan and Puck. Though this isn’t the Wolverine from this universe, I still love the fact that a little thing like alternate dimensions doesn’t get in the way of true friendship.

Still, there’s something about this issue – something that Brisson is setting us up for. Far be it for me to spoil the potential story in the making, but given that we only have four more issues before we reach #50, I have a feeling that something big is looming on the horizon.

However, in the meantime … Alpha Flight! 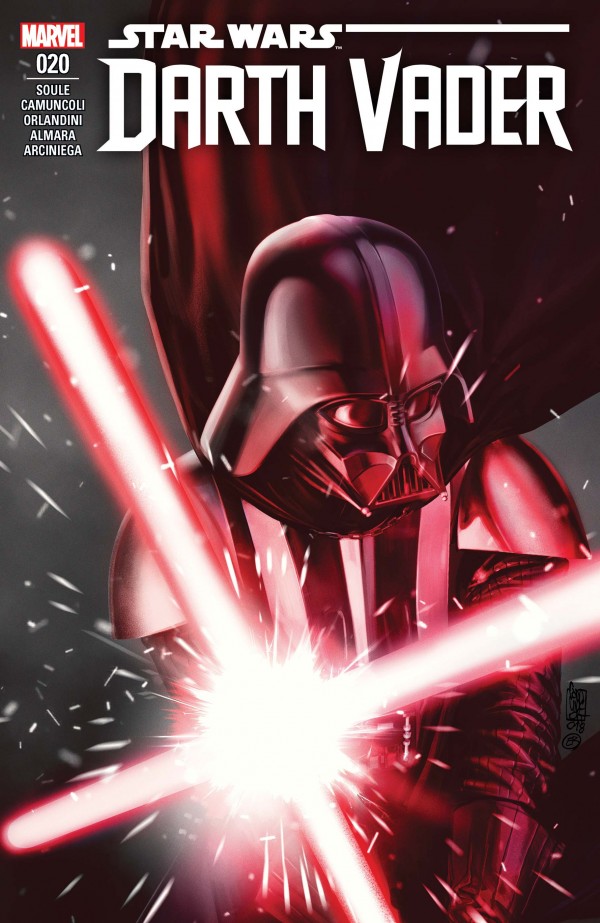 If there’s ever a comic that manages to seethe evil, it’s this one.

A little thing like love between two people is enough to make a Force-sensitive into a Jedi. So it is in this story when Darth Vader senses the attachment between two of his Inquisitors and this story turns into a solid manhunt as Vader chases down his errant acolytes who dare to have love for each other.

After all, wasn’t it love that proved Anakin Skywalker’s own undoing?

There’s a lot of canonical guilt that is well-worked into this character. Again, it’s Charles Soule who weaves this darkly twisted tale of projected self-loathing into something that makes us recognize Vader for the truly evil creature he has become under the Emperor’s tutelage.

I’ve never seen such a finely-focused character book than this one. Guiseppe Camuncoli’s work also excellently lends itself to fomenting the evil that emanates from this story. it’s a wonderful book and probably one of my favourites in my pull list.

It should be yours too.

Matthew Rosenberg, acclaimed X-Men writer, makes his debut with this anti-hero as we see Frank Castle bypass all international treaties and boundaries and simply kill the bad guy in the quickest and most expedient way possible.

The Punisher has no finesse. In terms of tactics, he’s incredibly cunning and skilled but when it come to overall purposes, his intentions are extremely blunt and simple: remove the target with as much expediency as possible.

Rosenberg has this character down pat. It’s not a story of dialogue – in fact, most of the dialogue is by supporting characters and villains. But in other stories, the Punisher relies on internal monologue, like his War Journal. Not in this case. Rosenberg relies on deeds, not words to make this story happen and it’s very much like the Punisher’s style: blunt and simple.

Syzmon Kudranski’s art fits the bill here. It’s very dark, stark and imposing … and in my mind, that’s the Punisher.

It’s interesting that we don’t even see the Punisher make an appearance until Page 23 of this book. Most of the time, we’re being prepped for his appearance by “behind-the-scenes” work and it’s a very successful technique; almost like the Punisher has snuck up on us from behind much like the villains he’s tracking.

It’s a great first episode and a story that even throws a joke Chip Zdarsky’s way. You’ll have to read it to see what I’m talking about. After all, far be it for me to spoil it.

This initial arc is aptly titled “World War Frank” and it’s a glorious offering to Rosenberg’s array of titles to work on. He has a gift for knowing characters and it comes out in his presentation of them.

That’s why this book is the pick of the week for this week’s list of pulls. The Punisher is one of those characters challenging to write because he has no special powers; only a deep-seated revenge-fuelled vigilantism that drives him to succeed. Despite his lack of powers, he uses his wits and any technology he can lay his hands on to continue his war on villainy. It comes down to human emotions and relationships, and those are the stories that make high-drama accessible in the realm of comics.

I’ve always liked the Punisher. Rosenberg promises a lot … and I’ll be intently watching for more of this book.

Of course, I’ll definitely be asking the question of moving from one title to another when I host Matthew Rosenberg at Fan Expo Canada this September! In the meantime, read the book and give me some suggested questions to ask him! Until next week!

Pick of the Week: The Punisher #1