Why do the “bad” people succeed in life?

You know who I’m talking about. You find them everywhere don’t you? In the workplace, school, or when you’re driving home from somewhere. They could be your boss, the teacher that didn’t seem to like you or just some jerk who seems to believe that the road is his personal, private racetrack. Whoever they are, somehow they seem to have the upper hand, don’t they?

This is the sort of thing that infuriates your sense of justice. If you’re like me, you’re probably someone who obeys the rules, is considerate of others and is loyal to his friends and whatnot. You probably have this expectation that others should be the same way, right? Sure, it means you might have to wait in line a bit or you get the smaller piece of the cake … or you have to wait a little bit longer for that promotion.

Then there are those people who seem to lack that sense of moral concern or simply just don’t care about anything else other than their own interests or gratification. There are heartless individuals out there who will cut your throat to rise to the top and they seem to get away with it while you, the quintessential nice person, has to sit on the side-lines wondering just what the heck happened.

There never seems to be a sense of closure around these things, is there?

I think that’s one of the reasons why comics appeal to me. In a comic story, you can see the internal monologue of villains in thought balloons and dialogue. Their motivations and plans are made known to the reader so he or she can gauge if this is a truly evil character or simply just misunderstood and complicated. There’s also a sense of closure when the hero manages to thwart the evil villain’s plans regardless and the audience can see that justice has been served.

In comics, the bad guy may get away with it for now, but there’s always a reckoning and the reader is always around to see it. In life, you don’t get that. Sure, these “bad people” are due for some sort of reckoning of their own. A person can’t get away with it forever and sooner or later, their fall will happen. You can hope that you’ll be around for it to happen, but more often than not, you won’t be. With a comic in your hand, you definitely will. 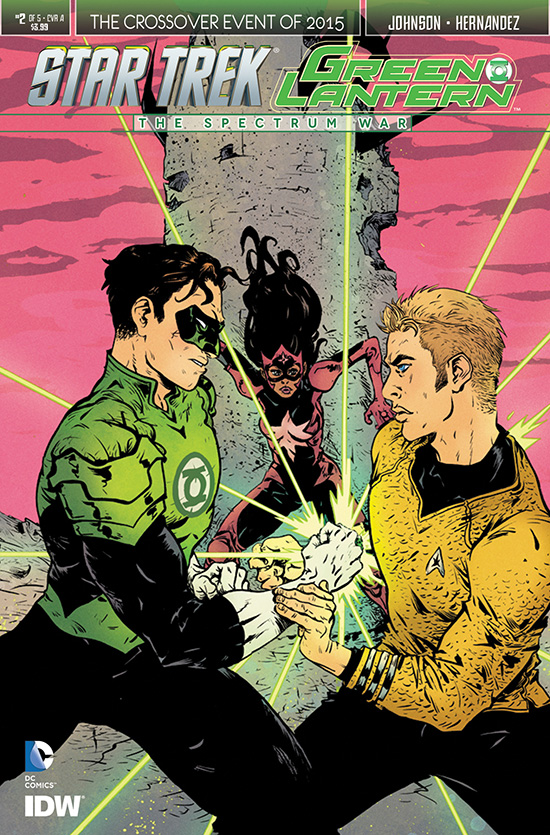 Well, other than the God-awful cover by Paul Pope, this actually wasn’t a bad read. It’s interesting to see who on the Enterprise crew got what ring colour and definitely cool to see where the Red, Yellow and Orange (the more negative colours of the emotional spectrum) rings went. The story might have dragged a little, but it’s building to something and it looks like it’s got a fairly good foundation. However, I wish that the choice of Enterprise crew was the original series crew instead of the reboot version. Still, a fun read nonetheless. 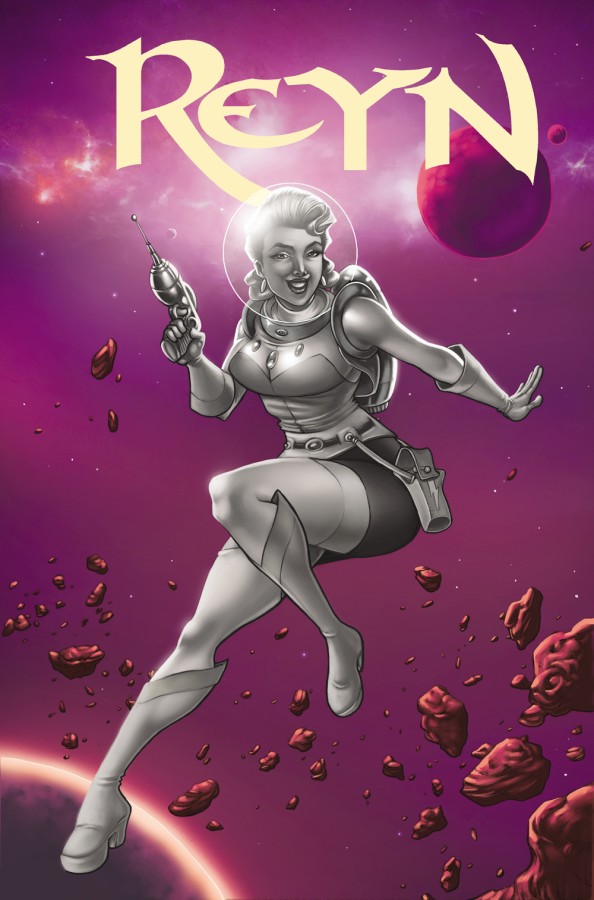 You know, this is shaping out to be a more complicated comic than was originally seen back in its initial issues. It’s been a little slow, but I love the melding of science and sorcery in this innovative and entertaining book. It’s damn cool and Kel Symons and Nate Stockman have got a dynamic book here. I especially appreciate the teaser on the back cover because that sets up my anticipation for an awesome confrontation between our heroes and the despicable Venn in next issue. 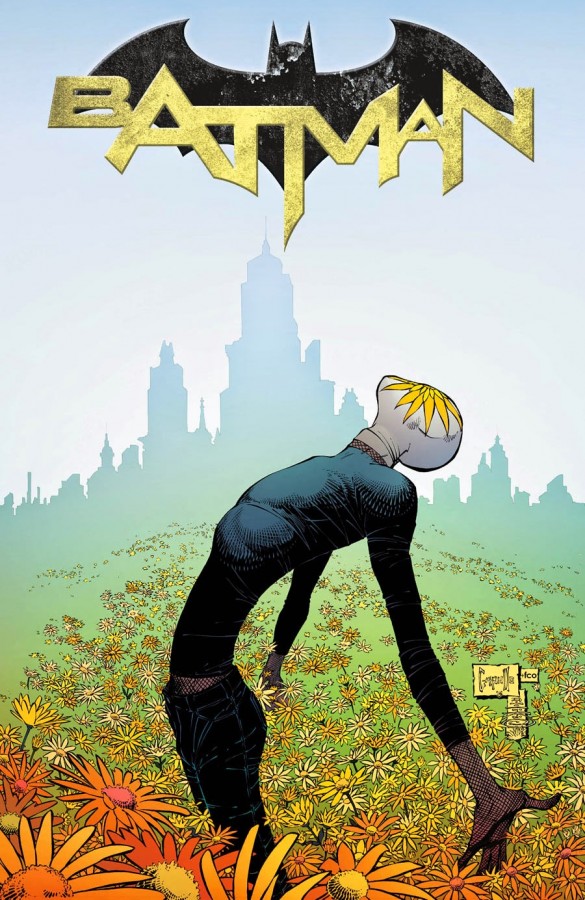 Okay … I was more than a little curious to see how the meeting between “Batman” and Bruce Wayne last issue would go down. I didn’t have high hopes, to be honest.

Well, I’ve been known to be wrong once or twice!

This is part three of the “Superheavy” arc and it’s absolutely beautiful. Bruce Wayne isn’t Batman anymore because, well, he never was. You’ll have to read the story to see what I mean but man, you get a totally new appreciation for the level of devotion that Alfred has for Wayne. The meeting between Gordon and Wayne we saw in the last issue is a wonderful misdirect and all in all, it’s a great book. I don’t know what deal Snyder and Capullo worked with the powers-that-be, but they’re an incredible team who really have a true sense of what Batman should be in the 21st century. This is probably DC’s best book. 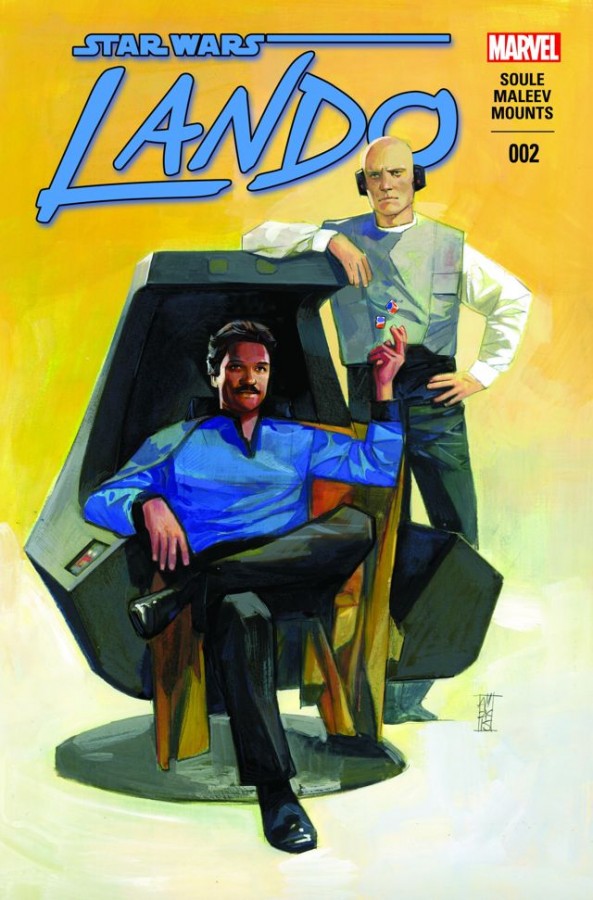 As an avid weekly Star Wars: X-Wing player, I have to say that seeing classic Star Wars characters brought to life in comics is a real thrill. Lando is no disappointment. This has all the flair and skull-duggery you would expect to find in our favourite swindler from Bespin. Charles Soule has got the right touch and though I am not a fan of Alex Maleev’s art, it’s fairly solid and serviceable. Definitely worth adding to your pull list.

Years of Future Past #4 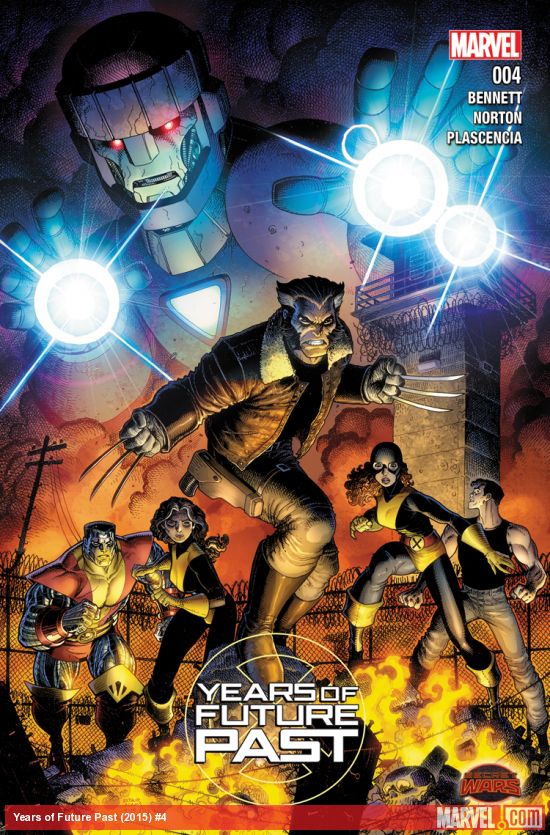 Like I said about issue #3, I’m going to see this through to the bitter end. Really, the best thing about this series is the cover art by Art Adams. Unfortunately, it’s not over.

This is just such a convoluted plot. It’s very difficult to follow and the characterizations of the classic X-Men are pale comparisons to their counterpart in the original Days of Future Past scenario this realm of Doom is based on.

Of course, it’s very silly that Doom would even be aware of this alternate timeline to construct a realm around it. Bit of a story quandary there, eh? Hmm … guess no-one thought about that.

But this is a silly book. The plot, the characters and the constant surprise reveals make this one to avoid. 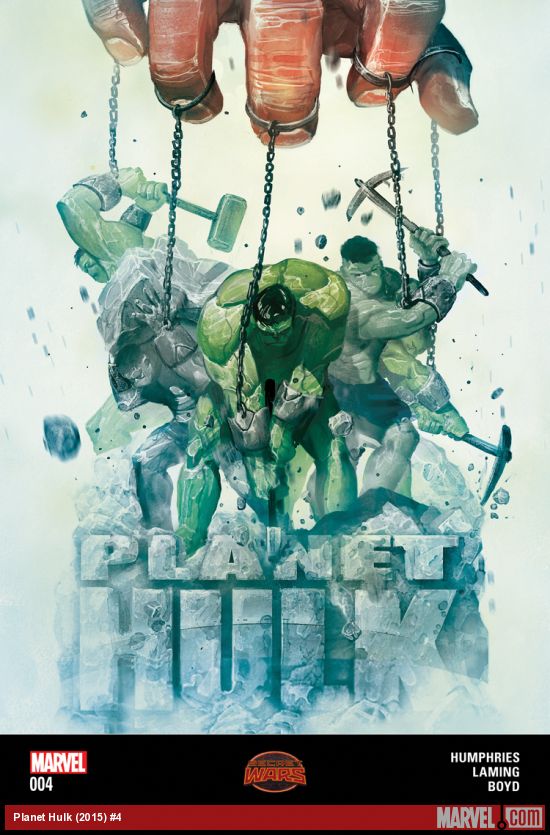 Now this is an example of a Secret Wars tale told right. Marc Laming’s art is absolutely spot-on and Sam Humphries knows how this should be told. These have to be taken with the sense that they are “Other-World” stories and not permanent. In the end, Marvel will have to clean up the universe, but for now they get to enjoy a great deal of creative license with mixing it up.

Seeing Captain America as a former gladiator sent to “Greenland” (the land of the Hulks) is a pretty neat re-envisioning. Humphries has the dialogue exactly and Laming’s action and combat sequences are dynamic and a joy to look at. This is one that has really impressed me. 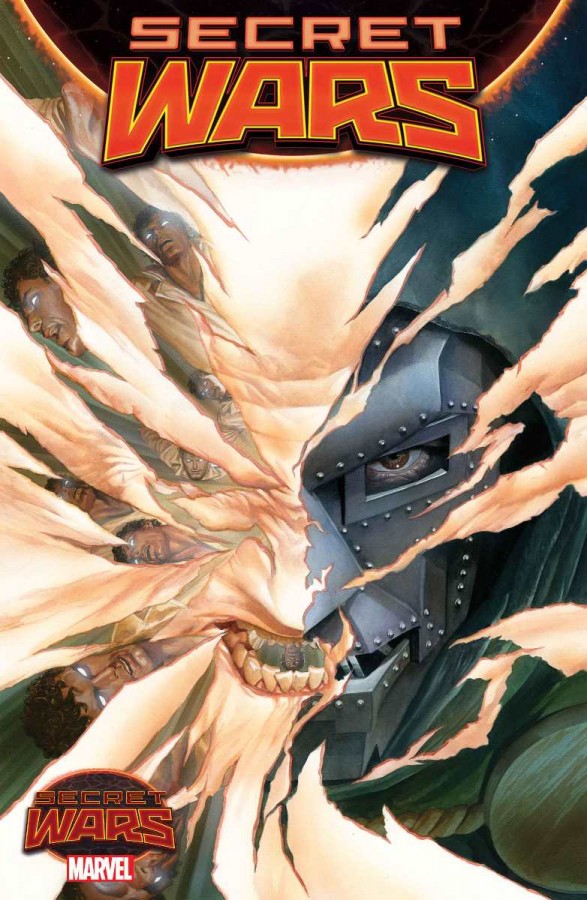 Finally! It seems to have taken ages to get here, but finally, we get to see what happens after Stephen Strange defied the God Emperor Doom himself.

The scale of this story is immense. Hickman is such a cosmic writer, it’s amazing that he can work with such a power scale of the characters and the scope of this publishing event. After all, we have to remember that this is the central comic to the other Battleworld stories and Jonathan Hickman somehow has it all in his mind. It’s absolutely breath-taking.

But this is what Hickman does. This is probably his finest and most challenging work, but it’s difficult to think of another writer who would be up to handling the role. Of course, Esad Ribic’s art is likewise staggering. I have to love the tip of the hat to the classic Secret Wars with the Science Foundation’s building the same one used by Magneto in the original Secret Wars from 1984. Nice touch.

So that brings us to selecting the pick of this week’s pulls.

It came down to a tie between another title in the list and Secret Wars #5. But when I compare these two titles, I have to remember that simplicity is always best and Secret Wars, for all its mind-blowing quality is a cosmic level story of intricate complexity. I mean, how will Hickman reconcile the small details like duping Sue Storm and taking Reed Richards’ family for his own? Eventually there will have to be a reckoning for all these tiny details and I have to confess, for all my admiration of Jonathan Hickman’s writing skill, I doubt that he’ll be able to sort them all out in the end.

Here’s my thinking: it’s an incredible story of reinvention. Jim Gordon (though I don’t totally buy it) is now Batman but he understands that Batman has to be something bigger than the corporate shell h sees the new Batman has become. Bruce Wayne has undergone an immense renewal, not to mention coming back from the dead after the confrontation with Joker. However it is explained so convincingly and compassionately by Alfred that you truly want to see Bruce Wayne obtain a final reward for all his suffering and service to Gotham.

It’s a very rich and full issue that makes you look at Gordon, Wayne and Alfred in detailed and different ways. There’s a lot going on in this book and an incredible devotion to character that you immerse yourself in it.

Bruce Wayne deserves some happiness … and this is a time when the good guy finally gets a break.