Another lead-in to Fan Expo here in Toronto … it’s happening next week, after all.

I was contemplating the nature of comic book artists and writers and why we want to meet them so badly. They’re a different breed of celebrity compared to the movie stars and television actors that also show up at these events – you really have no sense of their personality when you meet them and hope for the best.

Why do we want to meet them?

I won’t keep you in suspense; here’s the short answer – jealousy.

Let me elaborate: a writer strings words together in a series of sentences that convey a story. We read these stories and there is a tendency to under-rate the complexity of assembling good fiction. The common misperception about writing is that a story requires a really good idea that has to be fleshed out for an editor to make it sound pretty for public consumption.

An audience reads these stories and the writer is praised for her imagination, but not her hard work. The hard work is written off because it’s easier to reconcile the writer’s success with just being really creative. Creativity is a lucky trait; one that you’re born with. If the hard work is acknowledged, then people can realize that they could write like their favourite author, if they put in the hard work. Hard work can be daunting and success costs time and effort.

Writing, or drawing comics, for that matter, is an art that takes incredible time and effort. Instead of putting forth that effort, it’s simply easier to just read the work, appreciate it and tell the writer or artist how much it means to the reader.

In his heart of hearts the reader wishes they could accomplish the same thing.

Jealousy can be benign or it can be particularly nasty. For example, I have a friend of mine – a professor of philosophy who teaches in the great state of Oklahoma and has just published his first science-fiction novel. I am extremely envious of his success, but I have always been so of his talent. He is a phenomenal writer who has provided a standard for me to emulate ever since we were kids in high school together. However, I am also extremely happy for his success and if there was ever a writer-friend I wanted to see succeed as a writer, it would assuredly be him, and I would hope that our association would somehow influence my own writing to achieve some modest success of my own.

The negative aspects of professional jealousy can be seen between writers sometimes. A lot of fans pride themselves on their amateur writing skills and want to meet their idols to learn. However, they don’t learn about the right things. They ask about technique, or process or other fancy glib-words in an attempt to garner secrets of the trade form these professionals. They don’t learn about the aspects of hard work like perseverance, kindness or collaboration; these things that run contrary to the selfish nature of humanity yet are still things that are essential for improvement.

Instead of collaborating, some writers tend to be territorial and exclusionary of others for a variety of reasons: personalities, de-valuation of the other writer’s talent or simply idea-hoarding. Just look at F. Scott Fitzgerald and Ernest Hemmingway: the former was thoroughly bullied by the latter and though both were comparative giants of 20th century American literature, they existed in isolation of each other. However, in comparison, the relationship between Tolkien and Lewis was one of mutual respect and collaboration, resulting in an improvement of each writer’s greatest works.

To be fair, I think most fans enjoy a similar, benign sort of jealousy when they meet their comic heroes. They want to see them succeed but at the same time, hope that a small part of it rubs off on them. However, it’s pure serendipity if any of those positive aspects of the artist’s success actually are imparted to the devoted, yet envious fan-boy vigorously pumping that poor artist’s hand up and down.

Let’s get to some of these artists and writers now. 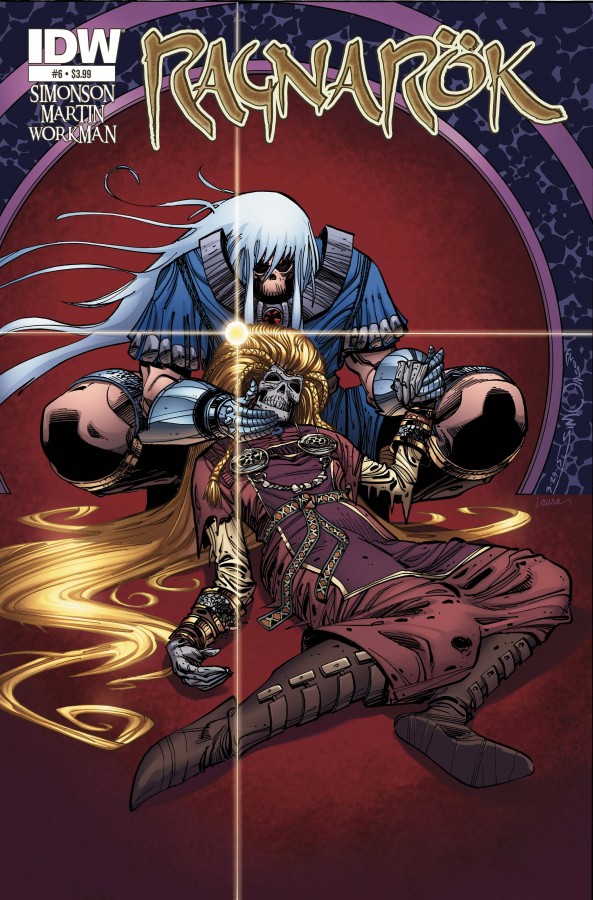 Walt Simonson is one of those sterling creators I was just mentioning. His career has spanned several decades and his reputation for generosity and good-naturedness is immense. He is humble yet generous when he meets his fans and is always a pleasure to meet.

I love this comic so I’m extremely pleased to note that it is doing well, well enough that IDW is planning on a six-issue story hardcover version to be released this Fall, titled Ragnarok: Volume I: Last God Standing.

My god but this is not only a gorgeous book to behold, but what an epic tale that could only have been born out of Simonson’s love of Norse mythology. There are elements in this story that are incredibly relatable: Thor’s survivor-guilt, the Dark Elf Assassin’s devotion to his sickly daughter and the complete destruction of the Nine Realms. Thor is alone and is the last God of the Aesir bent on revenge and vengeance is such a visceral emotion that a reader cannot help but cheer for Thor as he begins his quest for justice.

I’m swept away by this comic and I am sad whenever I finish reading it. 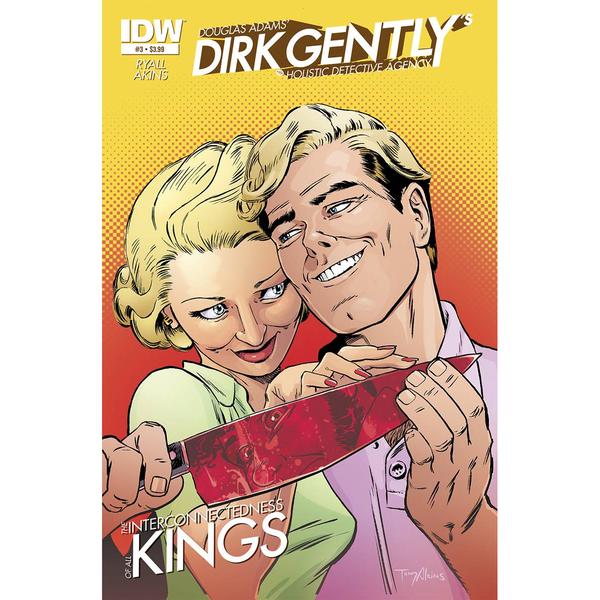 Yay! More Douglas Adams goodness. Silly and endearing are the two words that come to mind when reading Chris Ryall’s treatment of the last works of British science-fiction author and humourist, Douglas Adams. This is a thoroughly charming piece of work and does solid justice to Adams’ story.

If you aren’t familiar with the Dirk Gently novels, then I urge you to look them up and read them. Gently’s detective methodology is based on the theory of interconnectedness and how events, no matter how trivial, should they fall within the demesnes of a crime or incident, they will all somehow reveal their importance and thus, will lead to the resolution of an investigation. Pure whimsy, but definitely fun. 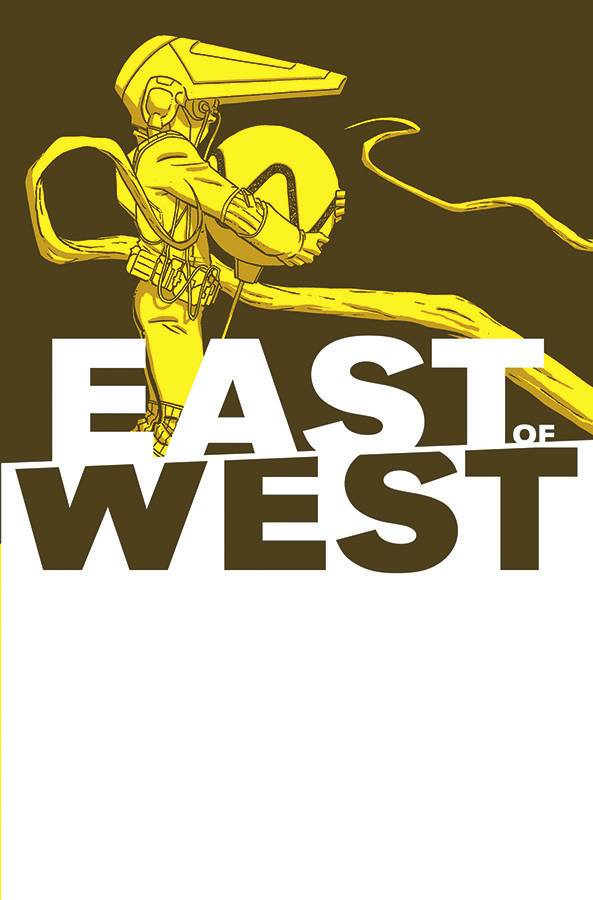 This is a solid heavy-hitter of a comic. A complete world changed via a transformation of epic scale and biblical proportions. The landscape of America is a twisted version of its former self and hearkens back to a combination of a sci-fi version of its frontier days, immigrant sub-populations and Revelations-style Christian Armageddon wrapped in computer hardware and software. It’s a truly innovative comic that re-defines science fiction world building and is a must for any Jonathan Hickman fan.

My only complaint about this comic is that it’s too long to wait in between issues! This is such a massive story – the new alliances, political intrigues, prophecies and the characters and eminent persons … it’s all overwhelming. I need to read a combined hardcover omnibus in order to fully process this story. It’s like eating a baseball sirloin with all the fixings … after you’re finished, even though you’re full, you still want more. 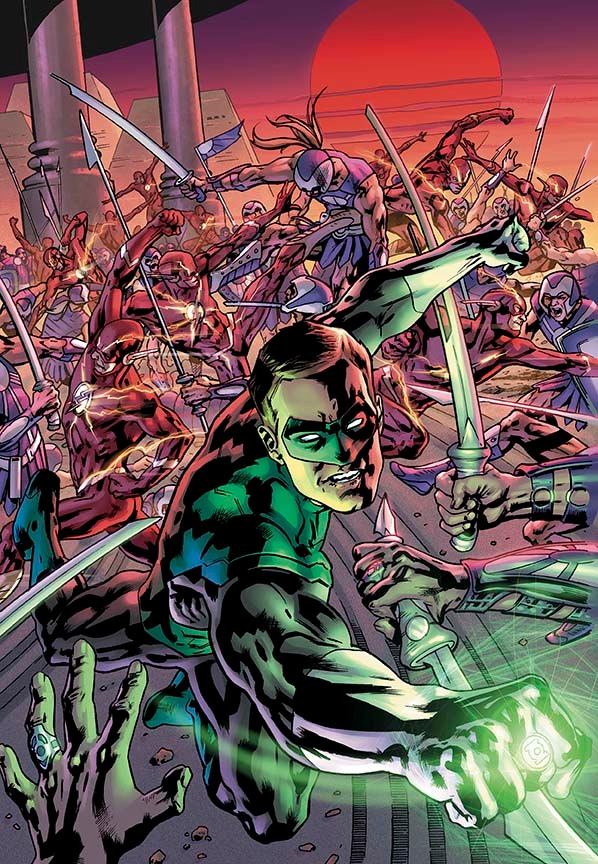 I’m not a fan of the art; in this book the angles are weird and the lines are immensely thick. Of course it’s a combined effort of writing and artistry by Bryan Hitch. The storyline is about the god of Ancient Krypton – Rao – come to Earth to deliver its population from all its iniquities and inequalities.

Superman trusts him, so why shouldn’t the rest of the planet, right? That’s the whole problem I find with this story. Why does it take three issues for Batman to get suspicious and only one for Superman to totally trust Rao? I just don’t buy the plotline. In the meantime, Wonder Woman, Flash and Green Lantern have been casually and conveniently disposed of in various times and places throughout the universe.

It’s a difficult premise to accept. 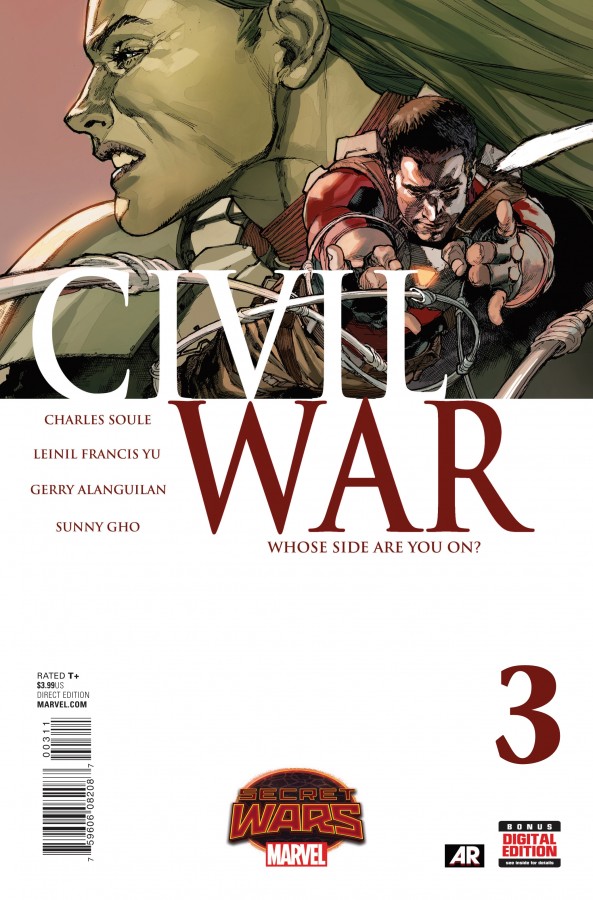 A thoroughly compelling story set in the world of the Secret Wars. It’s a refreshing story that doesn’t involve a mention of the “God-that-is-Doom” and just extrapolates upon the idea of the Civil War continuing on to its full conclusion in an isolated environment. Think of this as a petrie dish experiment.

Of course, it’s all an other-worlds story right? I mean, eventually, the old Marvel Universe will have to revert back to a semblance of its original shape. Continuity must be satisfied! 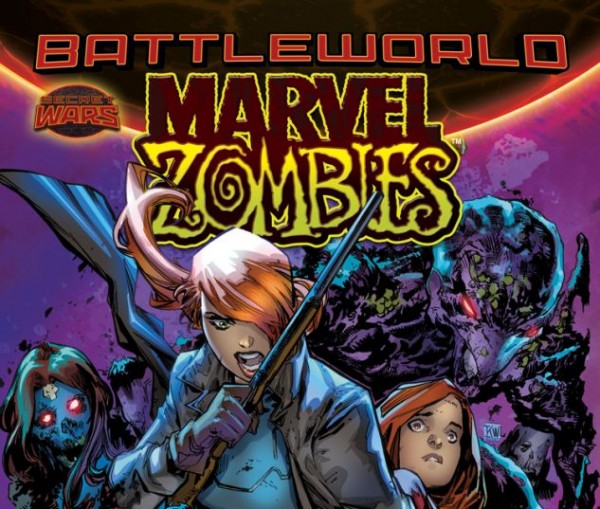 I can’t remember … didn’t I say that I wasn’t going to continue with this? I think I did … the problem is, that just like any other collector, I can’t abide any holes in a collection! I have to follow this one out to its natural conclusion. Yes … I’m pathetically OCD. Ring a bell and I’ll salivate; how’d you like that?

However, this issue wasn’t that bad, actually; a little predictable, perhaps, but all in all an improvement over the last two. Elsa Bloodstone’s cathartic change might have been a little out of character for her, but in the end, it was necessary to the story. Not bad.

I have to say, I’ve been loving this book. Charles Soule is definitely giving Marvel their money’s worth. He’s been pumping out stories like crazy as you can see from Civil War #3.

But the guy has totally captured Lando’s personality and it’s really eye-opening to get a hint of what Lando was like before the Rebellion entered his life.

Of course, stealing something from Emperor Palpatine himself has got to be the biggest score in the galaxy, so this story is really exciting. Alex Maleev’s art is not my favourite, but it doesn’t detract away from an incredibly cool story. Definitely worth its addition to the cadre of Star Wars books Marvel is pumping out.

So we come to the end of another review. My pick for this week has got to go to:

More than the story, more than the impressive art and more than the subject material that is definitely one of my favourite story matter – it’s the enviable overall talent of Walt Simonson that adds an extra layer of appreciation for this book.

I remember talking to Simonson about Ragnarok about two years ago when he was in Toronto. Not only did he put up with my endless prattling about how his envisioning of Norse culture was partially responsible for my own Old English studies at university, but he and his wife, Louise, exemplified the spirit of generosity. They were completely sweet to my little girl (who had just finished her last year of leukemia treatment at the Hospital for Sick Kids) and were so appreciative of the people who came out to see them. They were remarkable people who I truly envy for being so confident, humble and outright nice.

I wanted Ragnarok to succeed; partly because of Walt’s sterling character, but also because of the completely innovative re-envisioning of the Norse stories. I am more than excited to see it succeed and be appreciated by thousands of other like-minded fans and look forward to the next arc of this amazing story.

Walt is an incredible talent … maybe if I keep writing about him, some of it will rub off on me?