Why is that Wednesday seems to be a nexus point for events? Is it just the fact that it’s hump day or is there some sort of cosmic pattern behind calendar arranging? Clearly I’m talking from my own experiences but I’m sure it’s also been an experience that other folks have had as well.

With back to school looming, Fan Expo this week – and on a personal level, a forced renovation, I’m lucky that I get a few minutes to look at the comics for this week and actually enjoy them!

But reading what I love is a way of de-stressing and let’s face it: it gets me into the right mood for the largest geek-culture event in Toronto.

Nick Dragotta’s cover literally seems to stare you down into daring to read this book. It’s grim, foreboding and pretty damn scary. Of course, I dare to turn the page and am treated with an incredibly human tale of a family reunion. Surprisingly, this was a tale that entreated me with a level of humanity that I was unprepared for. It was … sweet.

I mean, after the bloodshed.

Still, I was touched by this book and that’s not often a feeling you encounter in reading East of West Definitely one of my favourite books, but this issue took the experience of reading it to a different level. Nice work, Jonathan Hickman. 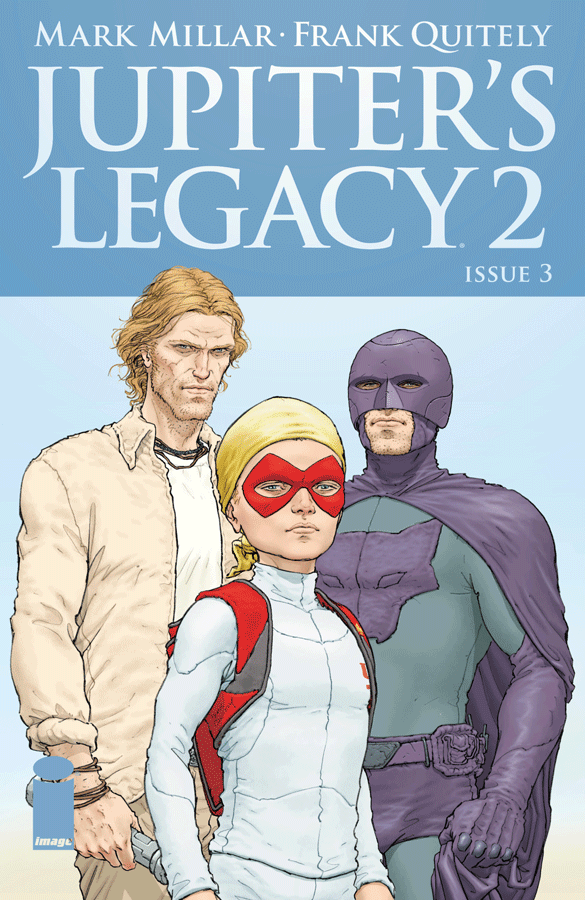 Yeah … there’s a real vibe of reconciliation tied in with a note of noir that really sets this this book to stun setting. Plus, when you think about the complicated dramatic background in Jupiter’s Legacy Volume One, you see that a sense of justice is really a common factor between super-human and norm.

Millar really sells the family estrangement angle in this story. Even though we are talking about beings who can squeeze graphite in diamonds, there’s also something incredibly relatable in reading a story about a relative who has been screwed over by his family and is looking for a little payback. Guilt-tripping, obligations and reminders of family responsibility all play a part in this issue and it’s amazing to see the influence of an intelligent teenager. Though this is a story of super-powered rebellion, it’s really a family story at heart and we can all relate to the unique challenges only families can offer.

Damn good book. It’s quite a coincidence that the last comic and this one both revolve around the family concept. However, in contrast, this family retains a strong sense of unity and reacts very strongly to threats to that unity. Forever has to be one of my favourite characters and Greg Rucka has created a physically powerful yet emotionally vulnerable hero who follows her family’s orders to the letter yet agonizes over the fact that she has been bred to do that. This is a significant and poignant story that asks the question: how much do you love your family? 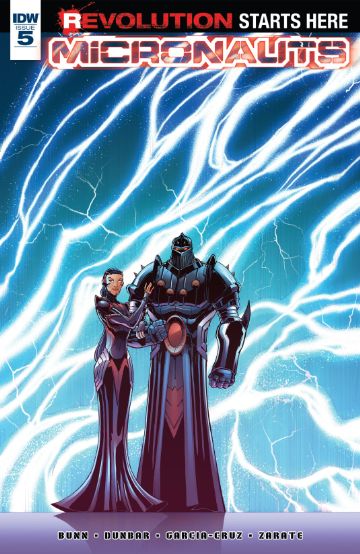 For certain this title is becoming one of my favourite IDW books!

Putting the nostalgia aside I admire the innovation and creativity that Cullen Bunn has demonstrated in making this series viable for the 21st century. Using the familiar characters from the original toy line and adapting new ones for the story, this is simply a fun story and worthwhile following. It really makes me want to find my old Micronauts toys a play along!

This one caught my eye. After all, who doesn’t want to see some more Suicide Squad? Of course, written by the great John Ostrander himself, I couldn’t afford to pass this book up.

Best line in this book: “she wouldn’t stop hitting that ninja with the bat!” Nothing like the creator of Suicide Squad to show us how it’s done. Pure fun, chaos and a real sense of expendability.

The Squad always loses members but that reinforces the notion that they’re simply not worth keeping around. It’s a beautiful story concept that reminds us why comics are such an effective medium. We can accept the fact that every month there is a new way for the Squad to risk life and limb for a few days shaved off their sentences with ease because they have committed themselves to the cause so easily. That type of recklessness makes for exciting storytelling and made this a great read. Plus, it was really enjoyable to see John Ostrander’s name underneath the Suicide Squad title logo again.

I have to go with Jupiter’s Circle 2 #3 for this week. Mark Millar knows human motivation. He creates such vibrant characters who have clear ambitions and intentions that it is entirely rational to relate to them. However he does so in such a subtle way that a young boy with super-human intelligence becomes just a kid again when, in one frame, he imparts how important it is to have loving parents. That is the secret of great comic writing right there: dazzle the reader with the idea how abnormally different superheroes are, and then focus on the one thing that makes them human.

Millar does this so well that you easily lose yourself in these characters’ relationships and get swept up in the drama.

It’s a great saga and it’s just the type of book to get me into the mood for Fan Expo. After all, it’s this calibre of creativity that comic conventions were made to showcase.

Yeah, that’s why we need Mark Millar to show up at Fan Expo.