2020 should be known as “the year we fought the good fight”.

Resilience is a commodity in great demand this year. Frontline workers, first responders, medical staff and now teachers have been called on to engage in light of the common good. Of course, this means exposing themselves to a risk that not only is anxiety-inducing but also uncomfortable.

During the summer time, we saw a decrease of COVID viral transmissions. Now, with the return of students in school, we are now beginning to see the exponential signals of a second wave. My position was cut and I was redeployed to making a classroom out of my Library instead of actually being a Librarian. All resources in the Library have been declared off-limits, due to paper quarantine protocols and we face the prospect of returning back to teaching online.

How does this relate to comics?

I think I’m looking for exemplars of resilience this week to help me fight my own good fight. We take inspiration from comic figures. The question is: who’s it going to be? 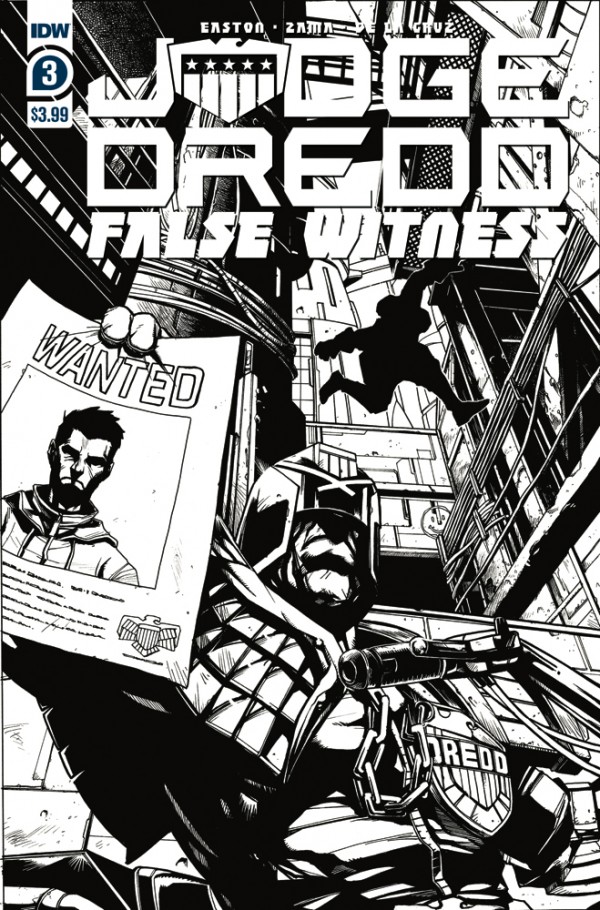 I’ve been a fan of this character ever since he first showed up in the pages of 2000 AD back in the United Kingdom when I was a kid. Even though he is a hardcore, oppressive incarnation of justice, he barely manages to stay a hair’s breadth away from being a complete fascist. He has the strength of character and discipline to do the wrong thing for the right reason, holding the law as an absolute ideal.

You see, that’s the allure of Dredd; he’s either right – or he’s right. In times of crisis, it’s important to have a clear sense of direction. Maybe it’s a bit skewed, but there’s a sense of comfort in confidence. Of course, in this case, Dredd is a hero, so his intentions, despite his methodology, is always right as well. He wouldn’t be a hero if he was just a bully.

However, I don’t think Brandon Easton really captured the essence of a Dredd story. This reads like a typical solid crime story, complete with intrigue, action and engagement, but the focus is on the other characters. A Dredd story has to be focused on Dredd.

It’s a solid story with engaging art from Kei Zama, but this week, I really needed to see more Dredd – and just Dredd – in action. 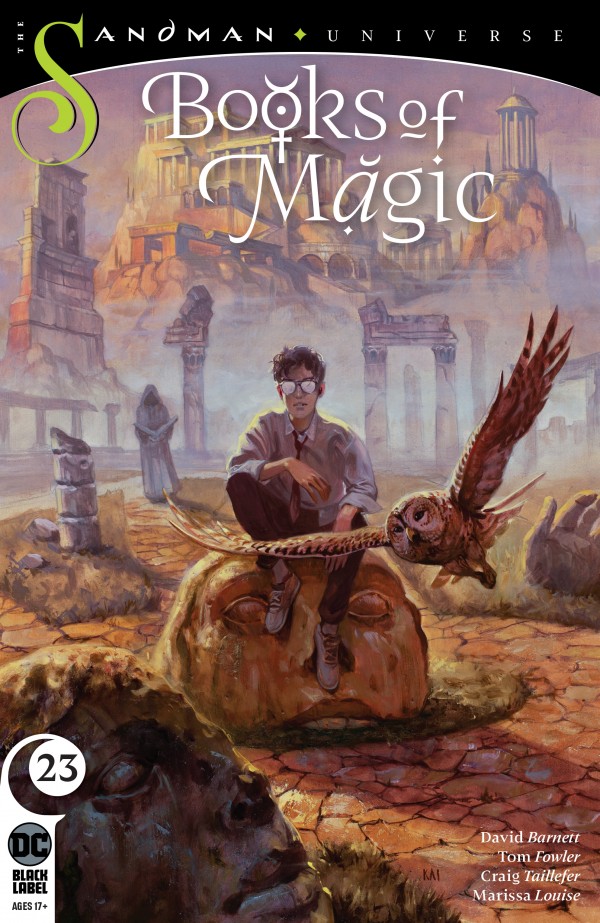 I’ve always liked Tim Hunter. He was the essential Harry Potter before there was a Harry Potter. Being the creation of legendary artist, John Bolton, Tim was actually based on John’s son back in the late eighties, as that was related to me by John when I had the chance to speak to him about my love of his character.

Tim is a resilient character, to be sure, but it’s a resilience borne out of a sense of innocence and a curiosity that drives his adventures. It’s that curiosity that not only makes him an admirable character but an endearing one as well. We could do worse then having him as an example to emulate during adverse times.

Of course, this issue is to David Barnett’s credit in that regard. Tim is a great character to write and clearly, Barnett has his measure. His naivete is matched only by his willingness to help his friends. I have always enjoyed Tom Fowler’s rendering of Tim and in this issue, he has no complaints from me.

I am dismayed that this seems to be the last issue.

Despite Tim’s resilience, even he can’t overcome the savage cuts of numbers. A good number of comic titles have suffered at DC; pandemic-related as well as other decisions, I’m sure. I’m not sure the dissolution of this title is a great idea, but hey – I’m just a comic reader, reviewer and fan of this character.

But, what do I know? 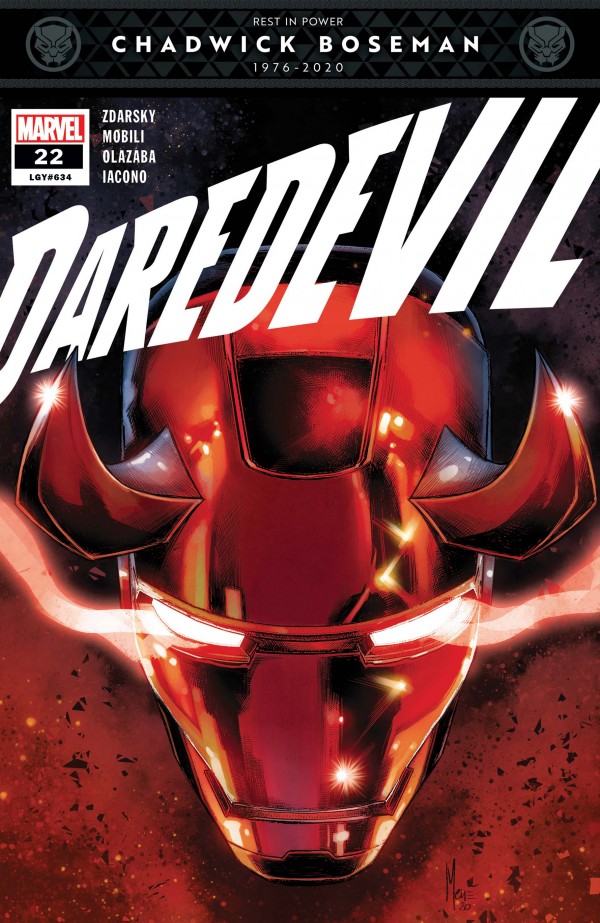 Moving the conflict of super-hero and super-villain to the realm of the courts and civic responsibility is a story dimension that I never really considered as part of the comic medium, but clearly that’s why Chip Zdarsky is writing this comic and I’m reading it.

In this story, titled Truth/Dare Part II, Daredevil is being tried under his alias but it won’t dissuade him from doing the right thing. Zdarsky has enabled Daredevil to undergo a realization of not only his purpose but his identity. He knows who he is, what he should so and that gives him the idea to enlist Tony Stark in protecting the neighbourhood of Hell’s Kitchen with the enormous wealth Stark has at his disposal.

It seems so obvious, why didn’t anyone think of having Daredevil do this in the first place?

Daredevil is a hero who takes the fight to at least three different levels in this issue. He fights in the court, fights in the streets and then even takes his fight to the doorstep of Tony Stark, who agrees to help. I have to also exclaim how much I liked that Stark also offered to throw in a few extras as well, like the hint of a special Stark-style upgrade?

I’ve always liked this character because, despite his inability to see, he has the capacity to overcome challenges by exploiting all his other senses. It has turned him into someone who doesn’t know the meaning of fear, but also defeat.

Francesco Mobili’s art in this book is not only fitting in conveying the aspect of a man like this, but it’s also incredibly detailed in revealing the inner thoughts and intentions of the characters. Daredevil’s devotion to his friends, his relief in their safety, and his seriousness in communicating his plan to Tony Stark are clearly and succinctly illustrated. It’s a joy to have art that matches the story so well.

Matt Murdock doesn’t give up. Facing street thugs, the Kingpin, or even the Justice system, Daredevil can easily adapt to the adversity that confronts him. He’s what we need to copy during these times of increasing COVID rates, changing working conditions and increased exposure to transmission. It’s an anxiety-fueling time and if Daredevil can rise to his own occasions, then so can we.

Daredevil #22 is the pick of the week for this comic run.

Until next week, may you all be victorious in fighting your own good fights.

Pick of the Week: Daredevil #22