I’m into mindless, blind rage this week. It’s been a bad week at work and I’ve lost my favourite fountain pen. So, I’m hoping there will be some stories for me to sink my teeth into and vicariously enjoy as I desperately need some vicious payback.

… Or just in dire need of therapy. In either case, let’s get to the list. 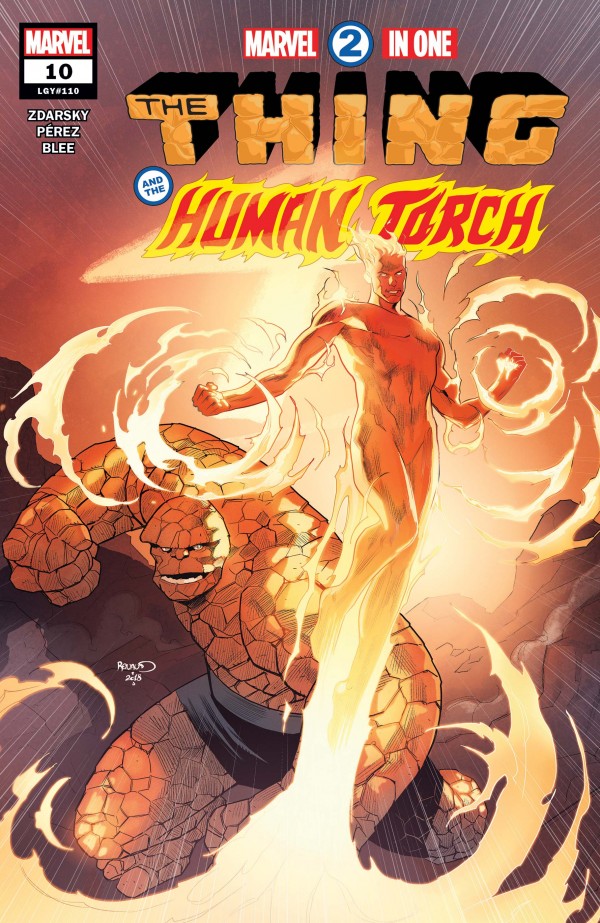 Fun, whimsical and pretty darn nifty, but given we have already seen the return of the Fantastic Four in their own book, this needs to finish now.

As much as Chip Zdarksy and Ramon Perez deserve their time, I just feel that this story of Ben Grimm and Johnny Storm making their way across the multiverse is out of place and poorly timed. It should have finished before the release of FF#1 as this entire book just seems redundant, well, from a canonical sense of keeping order in my reading list.

I mean, there’s plenty of violence and fist-pounding as they face off against the Spider and his gang of Mad Max-like miscreants, but the whole notion of actually contacting Sue Storm, who they’ve been searching for using the multisect, just seems to be too little too late.

Yay for violence … boo for “it’s been done”. 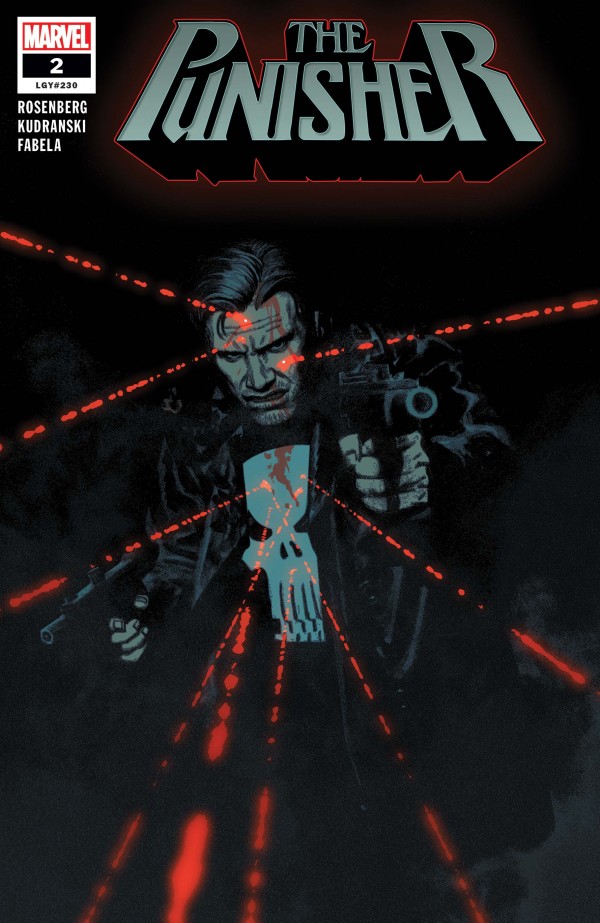 Sure enough, the Punisher lives up to his name, shoving grenades down Luke Cage’s back and sticking them in automobile gas tanks to cause maximum destruction and distraction. I have always admired steadfast and resolute characters like the Punisher. No compromise is possible and to be honest, in this day and age, it’s just refreshing to know where someone stands.

It’s not mindless as Matthew Rosenberg and Szymon Kudranski face Castle off against old friends and enemies in his pursuit of vengeance against HYDRA. Being duped isn’t fun, but the Punisher is going to make HYDRA pay for their mistake.

Unrelenting and single-minded vengeance framed in Kudranski’s gritty and grim pencilling style is just what I needed to satisfy some inner angst of my own this week. Thanks guys. 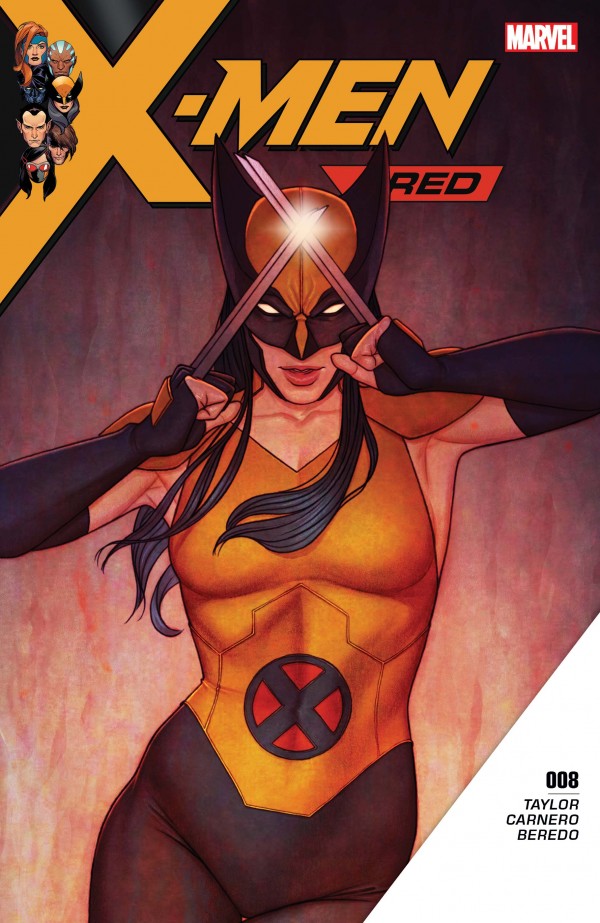 Yes … whenever Cassandra Nova is involved, there’s lots of hate, spite and a no quarter rule imposed.

Tom Taylor and Carmen Canero give us a story of a fairly distanced battle between telepaths on opposite sides of the globe. As much as I appreciated the threat of billions of nano-sentinels swarming individual countries to destroy mutants everywhere, it still seemed like an extensive game of “Battleship”.

I have to say, Storm’s approach to Nova was definitely ultimate in nature but it was the only instance of direct confrontation in the book. Gorgeous cover though.

I guess in the mood I’m in now, I’d have liked to see more blood! 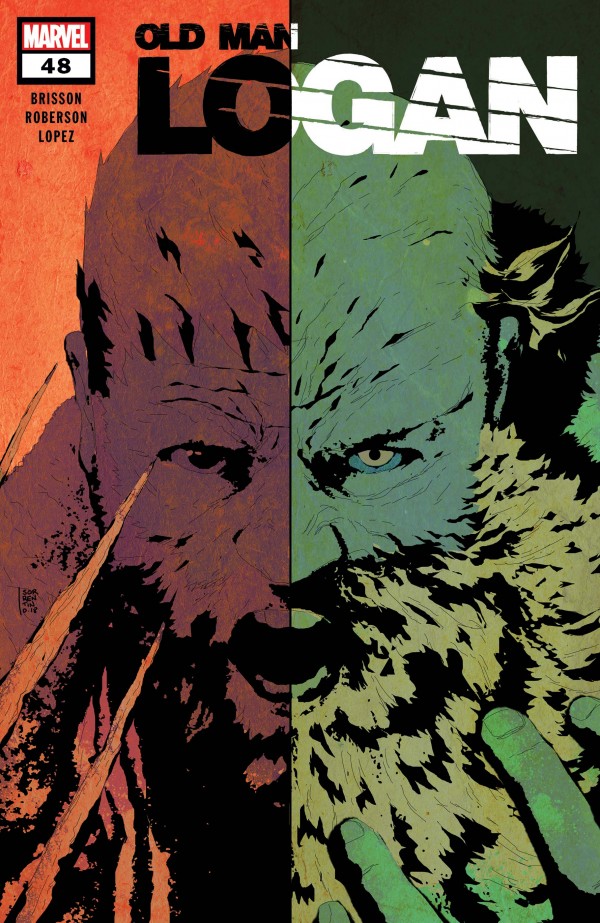 Thank you, Ed Brisson and Ibraim Roberson – I needed a good story of carnage and brutal combat! Also, the identity of the mysterious King of Nothing completely surprised me. I mean, given that in the previous issue, Puck was aware of his existence, it made me wonder if he made his way into the prime universe the same way Logan did? If so, why aren’t more people aware of this omega-level threat? Seriously … if Alpha Flight was aware of the King then shouldn’t the Avengers be?

Even though I wanted some severe brutal therapy, at the same time, I liked that I could still ask questions about the story. 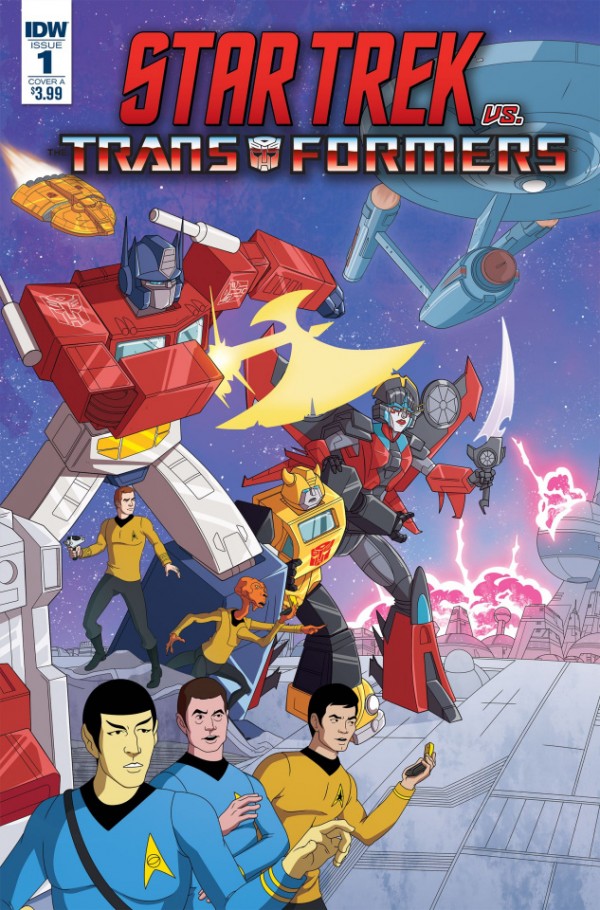 They even worked in the “more than meets the eye” line.

Yeah, no serious Trek fan is ever going to look at this as canonical but it’s fun and I have to take this in the “Hey Kids … Look! Comics” type of mind. Plenty of violence, but in the 1973 Filmation style when energy blasts knock people – or robots – off their feet and don’t cause any sort of penetrating damage!

I have to say that I do miss Lt. M’Ress though. As a six year old, she was one of my favourite Trek characters! 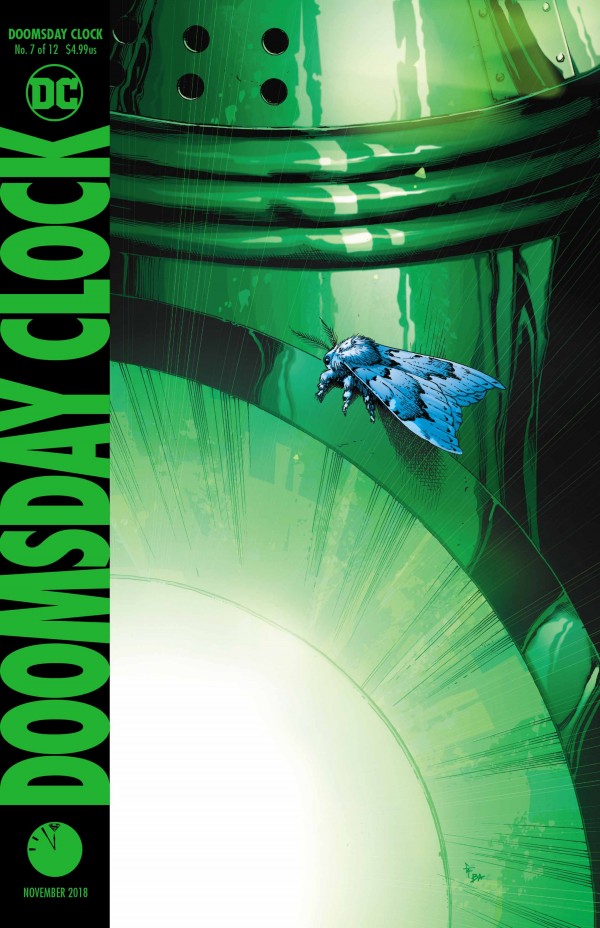 I know it’s not the original Watchmen, but the Comedian is back, as is Dr. Manhattan and the merging of two universes always holds promise of a great story. In this case, we’re seeing a total validation of this notion. The Mime and the Marionette are turning into one of my favourite super-villain duos and the fact that they have this redeeming quality of total love for each other, despite their underlying psychotic natures, just endears them to me in a twisted way.

Maybe that says more about my current state of mind!

But they’re complicated and complicated characters area always fun to read. However, I’m still a little in the dark as to where this entire story is going. We are learning more about the characters than the plot, in my opinion, and because of the episodic nature of comics, the reader can sometimes forget about details that were in the story six months ago.

It’s probably a book better read in an entire binge, but Geoff Johns and Gary Frank have made this such a beautiful book to look at, that it’s great to read in piecemeal format but I can’t wait for the hardcover. 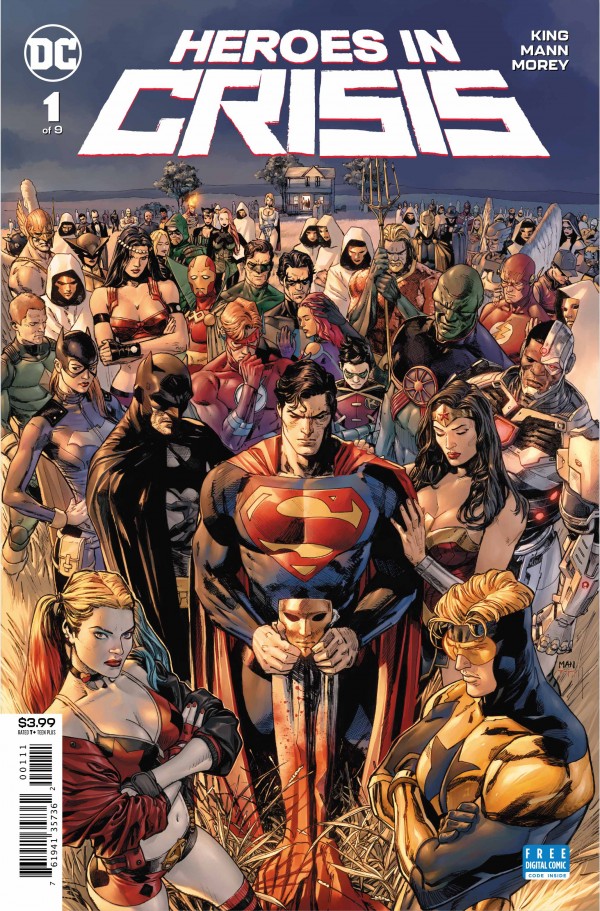 Tom King calls this book “very pretty” and that “the art is beautiful …”, in his own typical, self-deprecating way of avoiding commenting on his own work. Despite the lack of self-acclaim, he’s right. Clay Mann’s pencils are absolutely tight and it has a gravitas to it that awakens the reader to the idea that something just isn’t right.

I am fascinated by this book. It’s a first introduction to the dark secret of Sanctuary and the amount of carnage we see in this initial issue is absolutely scary.

King has a gift for inserting the mundane into the fantastical. He begins with a simple concept and complicates things by nature of the superhero world he works in. It’s like a big sandbox to him and all these characters are all just toys to arrange in some sort of play scenario.

I’m intrigued by the notion of crisis. If there’s anything this man would know, it would be crisis. How first responders react in emergency situations. He’s been trained to think in a crisis and the draw for me is to see him apply this mentality to characters who we never would imagine to be in crisis. After all, Superman can move fast enough to avoid any problems and Batman can out-strategize any emergency well in advance. So, wouldn’t there be a confidence that goes with those abilities?

In real life, we look at firefighters and police officers with the training; teachers and counselors who have all the answers and we always think that they exist within a cultural isolation when performing their jobs. We never think of these professionals as having their own problems because we depend upon them so much.

In this story, we are forced to acknowledge that even superheroes need help too. They have their own problems and are affected by everyday things just like the people who depend on them.

Instead of “Who Watches the Watchmen”, we should be asking “Who Cares for the Carers?”.

I’ve lived in crisis mode for about a period of five years and one of the fascinating aspects was that very few people actually care. Not that this is a deliberate thing, but the pace of everyday life is enough to remove a sense of altruism. We need to remember that everyday life happens to everyone, even those dealing with crisis, whether in averting it or enduring it. Simply said, people are unable to deal with someone else’s problems in the context of their own lives and often just want for it to be over so that they don’t have to worry about that person. It’s a weight off their shoulders.

I’m fascinated by this book and can’t wait to see how the story develops. It’s the pick of the week for this list and perhaps this is the therapy I need instead of the violent revenge that I thought would bring balance to the middle of an already stressful week!

Until next week, please avoid your own crises!

Pick of the Week: Heroes in Crisis #1