End of convention season! For me, September just doesn’t mark the return to school but the farewell to summer conventions and the time when I get to express my nerdiness to its fullest capacity. San Diego was great and Fan Expo in Toronto was amazingly successful. I had the opportunity to interview Kevin Conroy, moderate Greg Capullo in a really exciting panel and talk to a number of comic creators like Frank Miller, Tim Sale, Jim Zub and Jonboy Meyers. I also got to hang out with celebrities like James Tupper and Anne Heche and chat about their new upcoming television show on SyFy and Space Channel, Aftermath.

My only regret was that I didn’t get to talk to any of the Star Trek celebrities. Given that we are celebrating the 50th anniversary of Star Trek tomorrow, the fact that I have a developed track record of writing about Star Trek was somewhat overlooked and I really feel I missed out on some key opportunities

Yeah, I know I’m kvetching somewhat, but with a last name of Kirk, that’s something I felt pretty deep. Those PR people, huh?

Ah well – now it’s back to the regular routine and it’s back to weekly regimen of reading comics! Let’s get to the list. 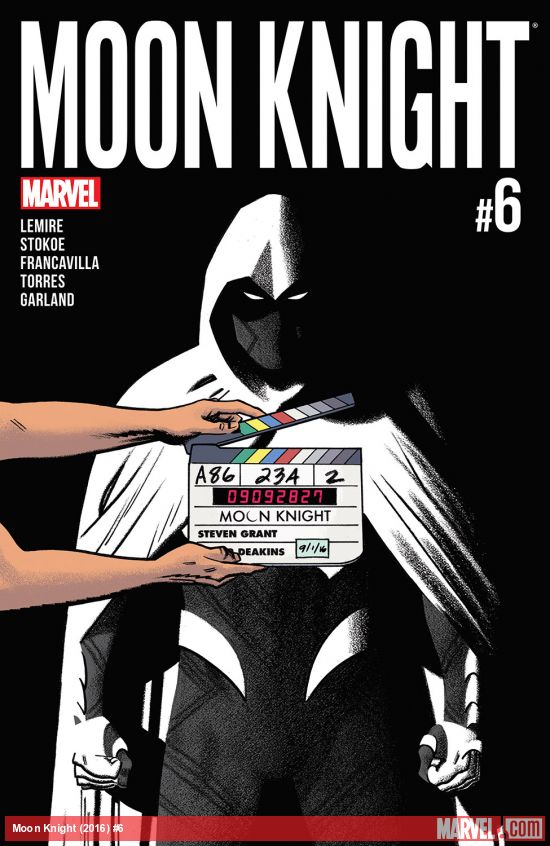 A new arc for Lemire to explore. Now that Marc Spector has seemingly escaped from the asylum, now it’s time for Moon Knight to emerge!

Wait … did I say Marc Spector? I meant Steven Grant.

Yeah, Lemire is expressing Moon Knight’s multiple personalities even further and yet we still don’t know what’s real. But there’s apparently another poorly masked thought being expressed here; almost as if Lemire is wondering why he took on Moon Knight in the first place. The direction is now little unexpected … somewhat reminiscent of Lemire’s work on Trillium, if you ask me.

But the alternating art styles whenever one of Moon Knight’s different personalities rise to the surface is also a wonderful touch. It’s subtle but very effective in communicating different states of mind. Lemire is joined by Wilfred Torres, Francesco Francavilla and James Stokoe for a wonderful comic. 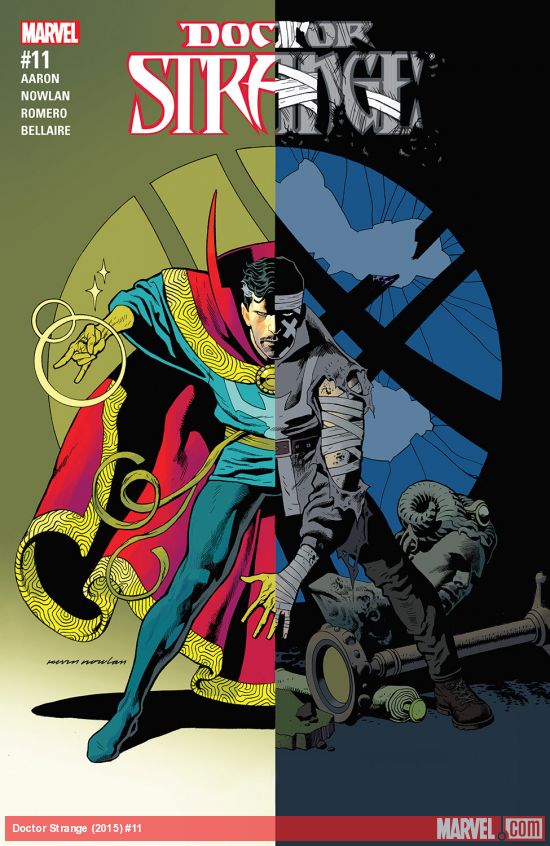 I wasn’t crazy about the last arc, but this new one sparks some possibilities. It’s easier to destroy than it is to create – which I’m sure is a tenant of magic – but it’s also more entertaining to see what can be created from that which is destroyed. “The New Face of Magic” sees Stephen Strange pondering that he will have to re-create new magic from the ground up. Jason Aaron has his work cut out for him but I’m looking forward to seeing what he comes up with.

I’m also glad to see new artistry emerge with the works of Kevin Nowlan and Leonardo Romero. As popular as I’m sure he is, I just didn’t think Chris Bachalo’s art was suited for Doctor Strange. I don’t know if this is a permanent change, but I enjoyed it just the same. 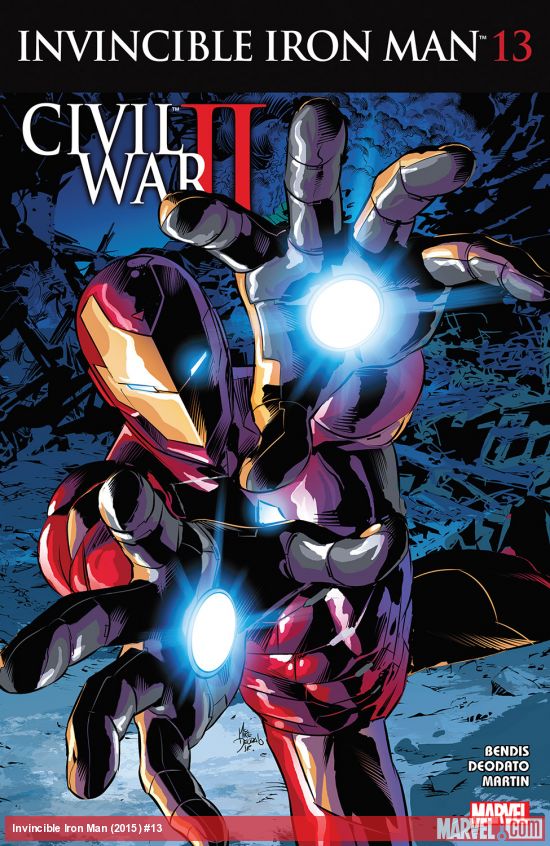 I really haven’t been keeping up to date with this but the death of … well, perhaps I shouldn’t say it. But it seemed like just such a non-issue that why wasn’t this more of a bigger deal? I think Bendis has lost his way with this character, but let’s face it: it’s really hard to go places when the character is a billionaire playboy philanthropist super-hero with a genius level IQ. I mean, where do you go from there?

Well, the answer is down. You deconstruct the hero and bring him down to his basics and then rebuild him. The problem with that angle is that it’s been done before. I have a feeling that Iron Man is just one of those characters that’s heading for a major reboot – which is sad, because it seems like it’s a cop-out. Can’t say I enjoyed this one. 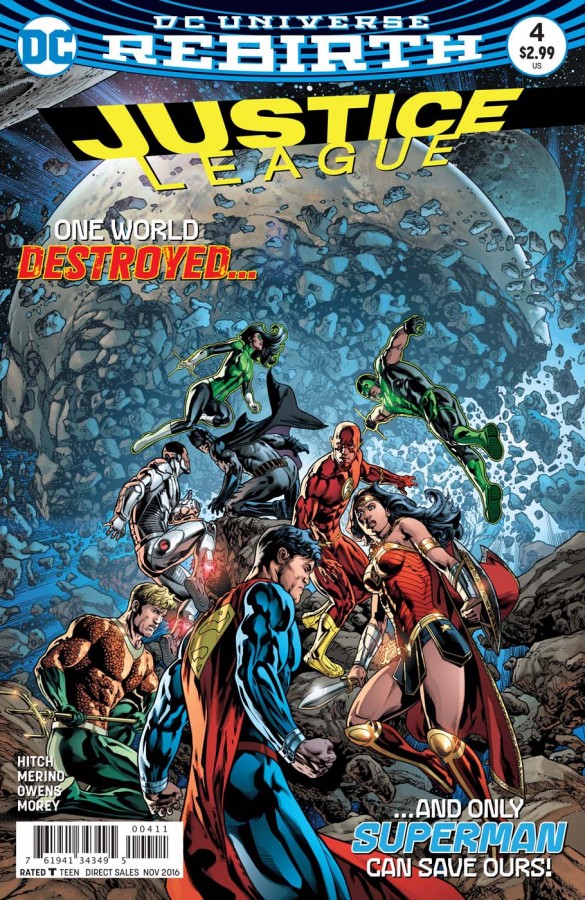 Part four of the arc titled “The Extinction Machines”. I’m not crazy about Bryan Hitch’s work – it just seems that his default plots always involve some sort of planetary threat. But leading the story with the rookie Green Lanterns – the super-hero characters I least enjoy at present isn’t a good way to start a book for me.

I feel like I’m underwhelmed, and that’s the wrong feeling to have when reading this book. 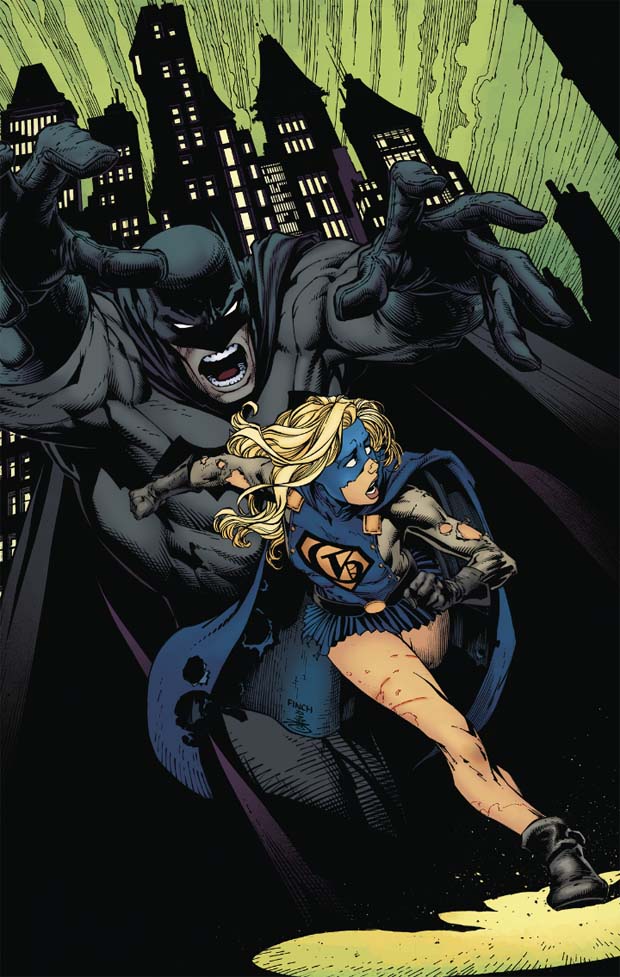 Tom King needs to be congratulated for his Harvey Award this past week! From all of us here at Popmythology, we salute him and offer our respects for his achievement! Nice work, sir!

What an amazing emotionally-rich story. I mean, I was a little apprehensive about Gotham and Gotham Girl when they first arrived, but Tom King has turned her into someone I could forgive, accept and even welcome into the Batman family.

I loved this story. Anyone who has ever dealt with loss can read this an immediately relate to it. But the ending completely took me by surprise and what a great story the conclusion promises to be. 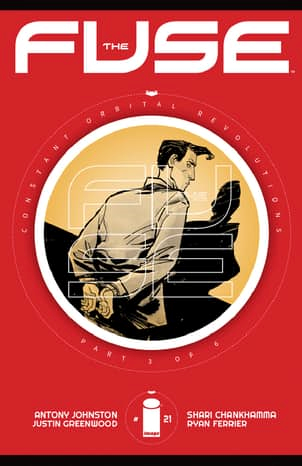 Great story – always a great story. I don’t think I’ve ever been disappointed by an issue of this comic. It’s got everything a good cop drama can have: suspense, intrigue and an ability to keep the reader itching to read more. Anthony Johnston’s stuff is so good that I’d love to just hang out with him for a day and watch him work. I want to see how he maps out a story and breaks it down into different issues. Seriously good talent and The Fuse is one of my favourite comics that needs to be optioned for film – or at least a television show. 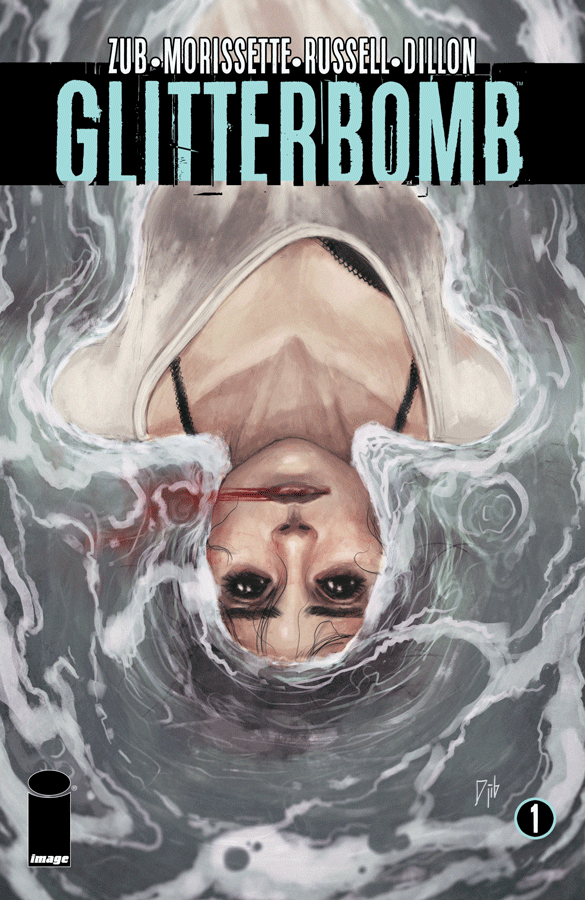 This is Jim Zub’s latest creation … and it’s intriguing. I have a more in-depth piece that will be forthcoming on this comic as I was talking to Jim at Fan Expo this past weekend, bit let me just say this about Jim he is definitely one of – if not – the hardest working comic professionals I know. His effort is matched by his creative ability. The fact that he has various titles with different companies out there right now while maintaining a teaching job – well, let’s just say, I’m envious of his ability to keep it all in order. The guy is awesome.

But Glitterbomb is a real shocker. It’s a book that makes you consider the ramifications of getting older and questioning your own worth. I loved the character-driven power of this story and it really hit me on a level that was unexpected and immensely gratifying. It’s an amazing story and I heartily encourage folks to pick it up and give it a go. The surprise factor within the story will really make you enjoy it.

Now we come to the Pick of the Week.

Have to say, I’ve gotta go with Harvey Award winner Tom King and his amazing treatment of Batman Rebirth #4.

So poignant and human. I have to say that Snyder used to take us to dark places or places that were difficult to imagine how Batman would return, but King has shown us a more human side of Batman; one that is not only acceptable but completely believable that also doesn’t dispel any of the imagery that we have associated with the Dark Knight.

It’s deep, rich and dark yet still appeals to the reader on a human level that is suddenly unexpected but also comforting once the reader is immersed. I loved every minute of reading this issue and to Tom King, I have to say, thank you.

That’s it for this week. Don’t forget to celebrate the 50th anniversary of Star Trek tomorrow in some wonderful Trek manner, but looking forward to the con season comes back around again, see you next new comic day!