Here we go again, folks. It’s another great week of comics and here’s a selection that you could look forward to reading to as we dwell in the dog days of summer. 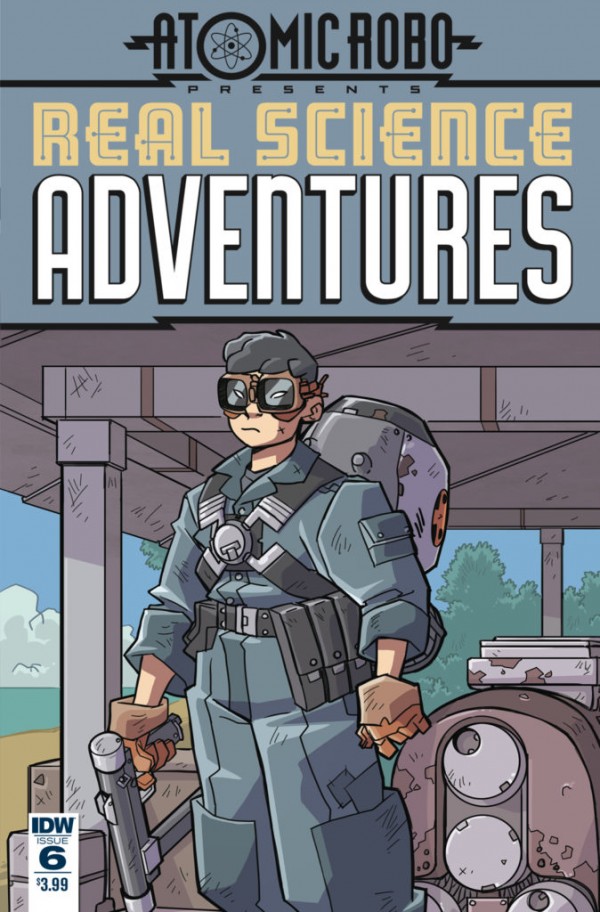 I want to like this … but I can’t get past the art. Still. it’s the last of a mini-series, so, perhaps this is moot?

I hate to discount the work. It’s not like I can criticize the art; after all, who am I? I can’t draw a stick figure that actually looks vaguely humanoid, and I definitely can’t say it’s any good. After all, a major comic company published it, and as my pal Greg Capullo remarked to me, it’s good that I’m no editor.

However, I just can’t help but feel that the art is completely not a fit for the stories in this book. Both stories are retro-based, so they need art that fits the retroactive nature of the material presented. We need something that is perhaps, art-décor oriented or something that matches the dramatic flavour of the time periods that both stories seem to be based in.

I really enjoyed the nature of the stories, despite limited dialogue, but the art seemed too contemporary indy-comic, and not possessing of the historical tone it needed for both stories to work. 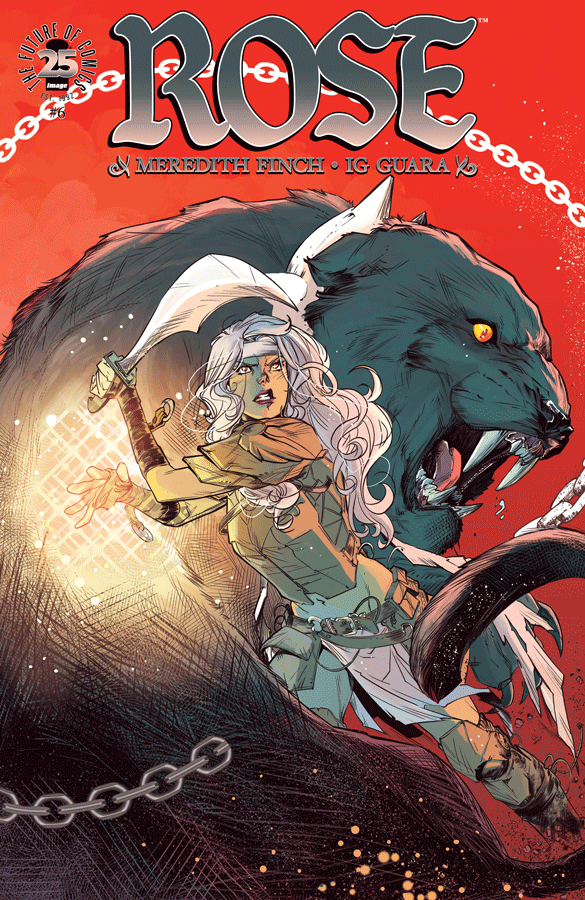 What a delightful escape. Rose is the type of story that I love to show my girls a beautiful story with a loving and powerful heroine that dwells in the realm of true fantasy.

It’s compassion that stands out in this issue.

Ig Guara really knows how to draw an image that evokes the sympathy and love we have for the last Guardian in the land of Ttereve. Underdogs and resistance are great themes, especially in a fantasy story – after all, just look at Star Wars, right? So, of course, this is a story that a great range of ages can relate to. There’s a lot of idealism, heroism and values to observe, read and learn from in this book and it’s perfect for anyone who wants to retreat to a story of heroes fighting to right wrongs in a land that is distanced from out own. It’s a fantasy we want to run to. 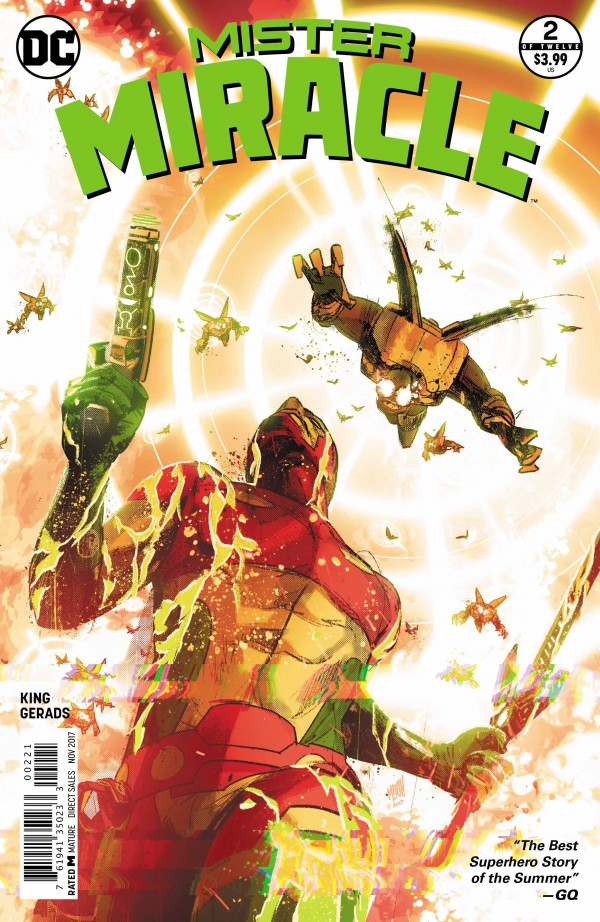 Mitch Gerad’s sequential structure both complements and disguises Tom King’s insanely clever wit. It’s a representation of the manipulative nature of an abusive childhood and one in which King’s understanding of psychology reveals itself in the twisted relationship between Granny Goodness, Big Barda and Scott Free. As Barda and Mr. Miracle slaughter their way through the ranks of the armies of Apokolips, defending New Genesis, their duty and dedication to Orion, as new Highfather, also masks a sinister purpose in Orion’s plans; at least, that’s the way it seems to me. But, put them in front of the abusive Granny, and they’re shy, insecure children again.

It’s a tad mysterious, but that’s the way King wants us to think. After all, Scott Free’s state of mind in the first issue of this series was hardly solid to begin with; now he has to go to war. How best to destabilize and unbalance a character than to throw him into a frontline combat role in the service of a government in which he neither trusts or believes?

We are watching Mr. Miracle in a state of flux … which is bold, considering that he is an established Jack Kirby property of DC’s. But it’s also a major feather in King’s cap that that he gets to work with something so historic and valuable. The next changes that King and Gerads make … they’re new canon. Yeah – I want to know how he feels about this.

Orion is not Izaya … but he is now in charge of New Genesis. If he is truly the Son of Darkseid, then who’s to say that he won’t take on Darkseid’s methods? Even by Issue #2, New Genesis has a definite Trump-style of administrative change about it. There’s a great deal of speculation in this comic and while I’m thoroughly intrigued and insanely curious about where it is going, I confess that this is something that I’m just going to have to go along with the ride.

King and Gerads have given us a story that is probably best read as a whole. It’ll be great to collect the individual episodes, but the hardcover will probably be better to appreciate from a more complete perspective. While this doesn’t discount its suspense, it’s definitely got me hungry for more, especially given the momentous portents it has for the DC Universe. Bring on the next issue; after re-reading this issue, I want to know if I’m right about what’s coming next. 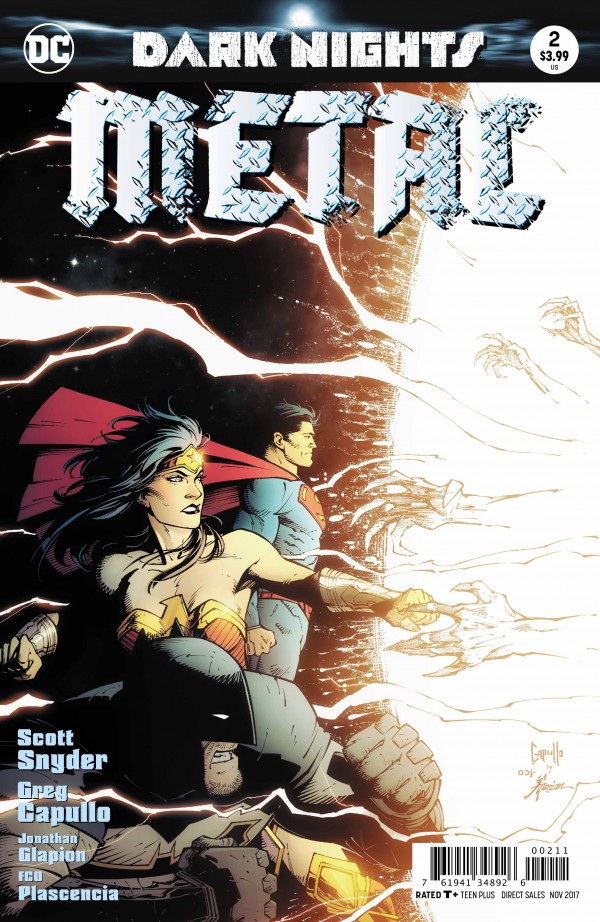 Folks are having fun with this one, that’s clear to see.

From the very first pages when we see the entire Justice League in pursuit of the Batman; after alien metal bat-symbols are showing up all over the globe and Robin’s delightfully defiant quip to Wonder Woman, there is an excited energy in this book that leaps out and grabs the reader by the throat.

You also have to get excited by the nicknames the creators give themselves!

One feature of this story that will catch the reader’s eye, is the focus on the relationship between the ‘World’s Finest’. It’s a character moment that every comic fan will breathe in when Superman calls Batman “his brother”. Evoking this relationship in the face of the danger really underscores the threat of this event. It’s a true comic event that will definitely add to the canonical legacy of DC Comics.

Such a convoluted tale of intricate planning, but there’s a parallel structure in the two halves of the book. In the first half, Snyder creates a Batman of such detailed and careful preparation that he is able to stymie the entire Justice League. However, when you get to the end of the second half of the book, you see a different Batman: one capable of failure and human error. In fact, in the dialogue, Batman is described as “reckless’. While this might be a surprise to see the greatest strategist on the planet screw up, it’s also a humbling moment and one that denotes the epic nature of the threat that the planet faces.

I have to declare Dark Nights: Metal #2 the Pick of the Week for this edition of the weekly round-up. It has a grandeur that is reminiscent of the days when comic events were heavy with drama and danger. The JLA/JSA crossover events were at that level and that’s what Metal is.

Summer’s gone, but good reading isn’t. it’s a good thing – to channel Martha Stewart – that comic writing schedules don’t follow the seasons. So, here’s to looking forward to great reading as we progress into the Fall!