Every now and then there’s a lull in any cycle of activity. We’re in one this week. There are only a few titles on the list and while that makes for an easier weekly review, it’s a little disappointing because I look forward to my weekly comic binge.

But perhaps restraint is a virtue. 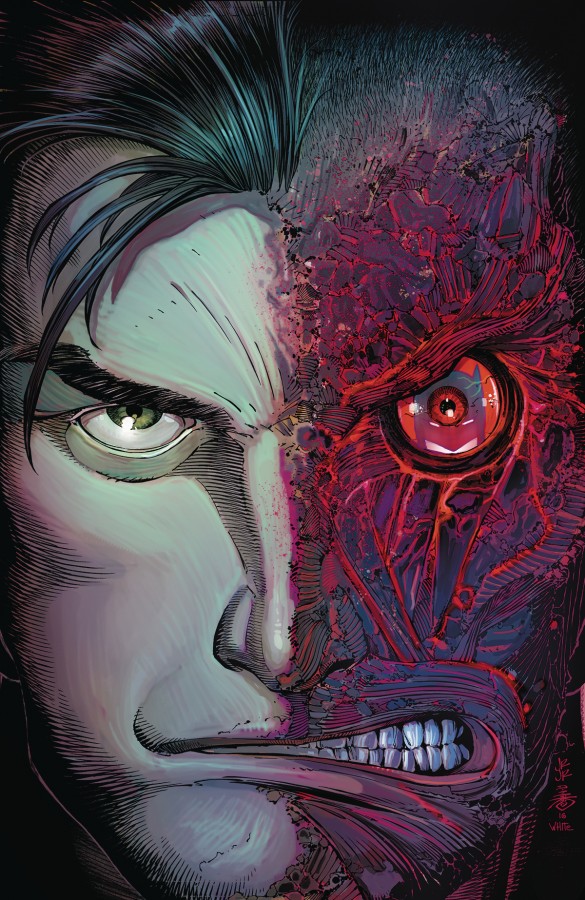 I have trouble with the lack of continuum amongst the different Batman titles.

With that put to the side, however … wow. This is a pure thrill ride. Batman’s running the gauntlet here and quite frankly, it doesn’t look like he’s getting anywhere fast. It’s a chance for Scott Snyder to spread his wings a little an exercise some creative license and really put Batman to the test. Plus, working with John Romita, Jr. has to be a lot of fun. Can you imagine being in the same room with these two? Or at least tapping into their telephone or e-mail conversations? After speaking with previous collaborator, Greg Capullo, I learned a little about Snyder’s considerate personality and thoughtfulness. It’s a dimension that you think about when reading his work. I have to say, I wasn’t jazzed about this book when it first came out, but learning a little how Snyder works and reading it fresh eyes, I have to admit that I’m getting into it. 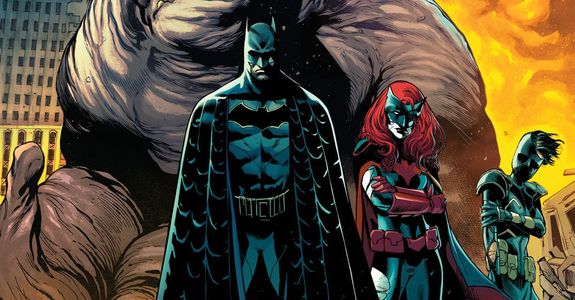 It’s a Batman-palooza this week! Still, it’s hard to reconcile Batman and company working on saving Gotham from General Jacob Kane while in the same week he’s transporting Two-Face across a hostile country back to jail with the citizenry after his million-dollar hide.

Is this an out-dated concept and I really need to get with the times, or does a shared universe still have validity? I’m brave enough to ask the question yet vain enough to be afraid of the answer and discover how old I am.

Still, this was an action-packed adventure that was somewhat diluted – in my humble perspective – by the presence of other Batman adventures this week. However, if there was only one Batman book you read this week, and it was one of these, you wouldn’t be disappointed. It’s exciting but then you are left with a poignant and heart-rending ending. I enjoyed the book, particularly on the unexpected twist. James Tynion IV and Eddy Barrows crafted this story well. There’s good pacing and it also plays the reader really well. Definitely worth picking up. 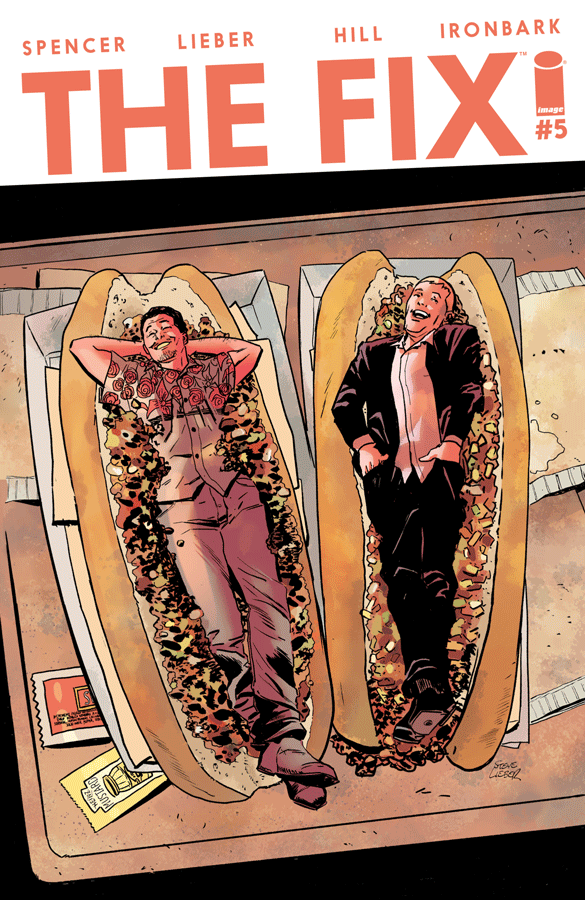 Okay … had to check out what my favourite corrupt cops are up to.

Of course, after the death of a spoiled teen-age actress during a robbery after a night of drunken debauchery – which was while under the protection of L.A.’s Finest – we get to see how our cops are dealing with the added stress of maintaining different stories on a consistent basis.

If it wasn’t so funny, it’d be sad. But Nick Spencer knows his characters very well and the dialogue – though select – is dynamically funny. 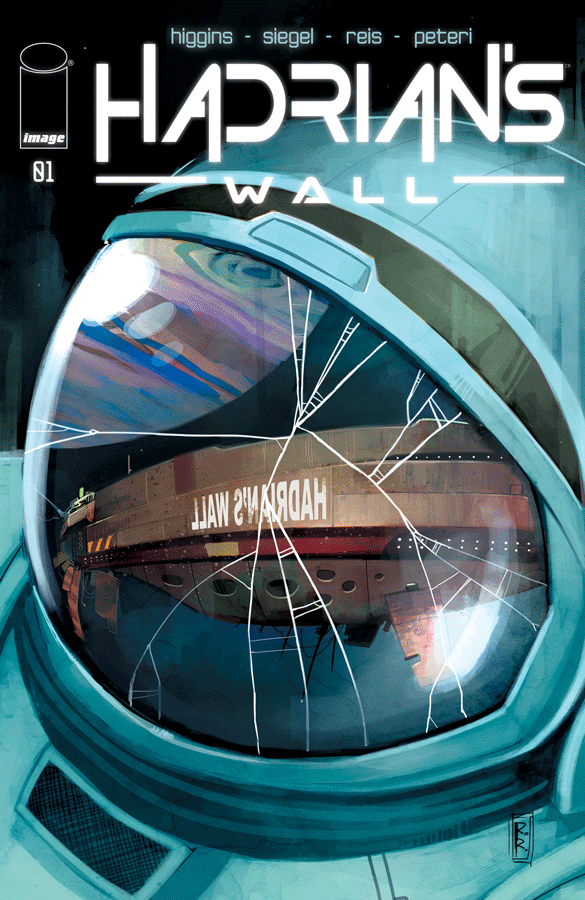 As a die-hard Scot, I have to say that the title definitely hooked my interest. I mean, let’s face it, there are very few cultures in the world that have the distinct historical reputation for having a wall built to keep them out.

Which is, of course, what this allusionary title refers to. Hadrian’s Wall was originally built by the Romans to keep the Scots out of Roman England. So, when I see this, it not only attracts the Scot in me, but also the historian. Nice choice of titles there, Kyle Higgins and Alec Siegel.

There’s definitely a Pat Mills feel to Rod Reis’s art in this book, which is great, given that the story itself is an extrapolation of a future after a limited nuclear exchange between the Soviet Union and the United States in 1985. Afterwards the two powers reconciled and pooled their resources in pursuit of settling space. It’s now 2085, but even still, it’s hard to shake the 1980’s vibe I’m getting from this book, especially after the cold war tensions between the two super-powers have resumed. After a death on the deep-space space vessel Hadrian’s Wall occurs, an investigator is brought out. The story centres on private investigator, Simone Moore’s investigation on board the Hadrian’s Wall.

Image has a knack for picking quality human drama sci-fi stories and this one is no exception. The art, the music mentions and even the fashions (despite the 2085 date) all complement each other with a wonderful 80’s connector amongst them. In short, it’s a promising book with a lot of top-notch sci-fi to offer. I’m in. Bring the rest of the story on – I’m fully sold and am dying to learn more.

While there are limited selections this week, in no way does that diminish the incredible entertainment that All-Star Batman #2 offers!

Seriously, this book reads like a made-for-television mini-series. In fact, it’s really easy to see this as the next Warner Brothers animated film. It’s a basic quest motif story in which the protagonist faces overwhelming odds in accomplishing his goal. You know that the hero will eventually overcome but the joy of the story is seeing how much the hero has to survive. I love Romita’s focused panels that force the reader’s attention on Batman’s next opponent. In fact, one can even imagine a Tarentino-inspired soundtrack in the back of one’s mind when reading this book. It’s definitely a lot of fun and once more Scott Snyder reminds us why he writes Batman.

That’s it for this week. The good thing about reading less is that you get to focus more. There were some great books in this small list. It makes you appreciate quality when you see it.