What’s on deck this week? A lot of Marvel titles, that’s what.

Why? Well, sometimes there’s a tendency to   slam the “Big Two” comic publishers, saying that individual titles from the other lines like Image or IDW are defining what’s currently bold and trend-setting in the comic world. I can’t disagree with that – my absolute favourite titles are currently published by Image and IDW. However, I can also point out that I am still buying more comics from Marvel or DC on a weekly basis than all the other smaller publishers combined.

Simply put – history. Given time, I think image Comics will carve out more and more of the market share if it continues its current pattern. It’s a slow growth, to be sure, but inexorable. Eventually, its share will rival that of Marvel or DC and then the “Big Two” will probably become the “Big Three”.

However, it’s the history that has to be cared for in the meantime. Image has an advantage in that none of its titles share a universe. Marvel just destroyed their own, and DC has a demonstrated habit of monkeying around with theirs every five years or so. However, it’s this style of continuum that has also created amazing and memorable storylines that are still being enjoyed from the time when I was young.

If Image is interested in a faster growth, they’re going to have to start thinking about creating storylines that can supplement and add to each other.

The combined JLA/JSA/All-Star Squadron cross-over stories (Remember Per Degaton?) from the early 80’s still count among my top favourite reads. The Crisis on Infinite Earths event was responsible for many of the current DC story settings up until the New 52, and Marvel’s Secret Wars event was the definitive starting points for many 1980’s comic readers. Image doesn’t have a history like that and its success is based on individual titles. They’re good, but they’re isolated.

Reading this week’s pull, the breakdown is as follows: 1 DC title, 1 Valiant title, 1 Image title and 3 Marvel books. Of the three Marvel books, one is set in the new shared Secret Wars event and the other two are both set in the Star Wars universe. See what I mean? 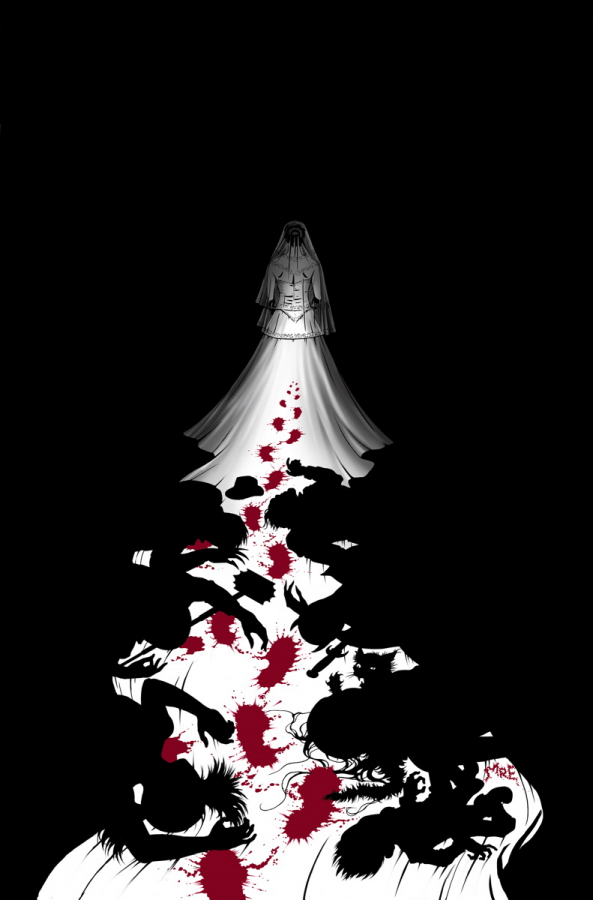 Now that’s a cover. It’s Dale Eaglesham … am I his biggest fan? I’d never presume to take the honorific, but damn, I love his work.

But I wasn’t too jazzed by this issue. Sad to say, it was a bit of a let-down. The resolution was a minimal and Big Shot’s true identity seemed to be understated, given its fan-favourite nature. I don’t want to reveal anything – you’ll just have to read it and see for yourself. But this is one that I’d love to hear about from other readers. If you get the chance, chime in and leave a comment. I’m curious to see what people think.

I don’t know what it was about this issue, but the storyline seemed awkward. There were interruptions in the plot that incidents that were out of place or unresolved. There were also about three abrupt setting changes and at times, the dialogue seemed just plain corny.

This wasn’t the best example of a comic that I’ve come to love for its quirky and unconventional attitude about female comic role models. However, I’m hoping that Wiebe will pick up his game and bring us back the original Rat Queens who took me by storm last year. 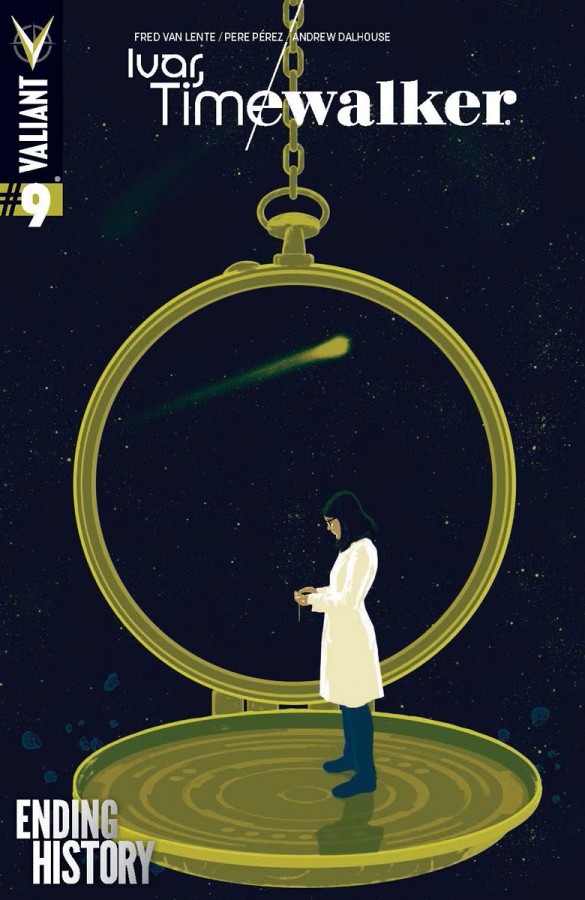 Fred Van Lente is having a ton of fun with this book. Jaunts back and forth through time visiting different probable universes and initiating tiny changes in the multiverse … it’s all a sci-fi writer’s chronal wet dream. It is fun to make one alteration in history and try to imagine what the probabilities would be.

My problem with this is that it’s taking too long to achieve any degree of culmination. Is the arc done yet? I almost feel like a proverbial back seat child asking if we’re there yet. It’s fun but too much fun can get repetitive. I need closure now.

However, Van Lente is an incredibly talented writer and Pere Perez’s art is simply stunning. I love to see Armstrong (from Archer & Armstrong?) back in a cameo appearance and would love to see more of that incredible storyline as well. 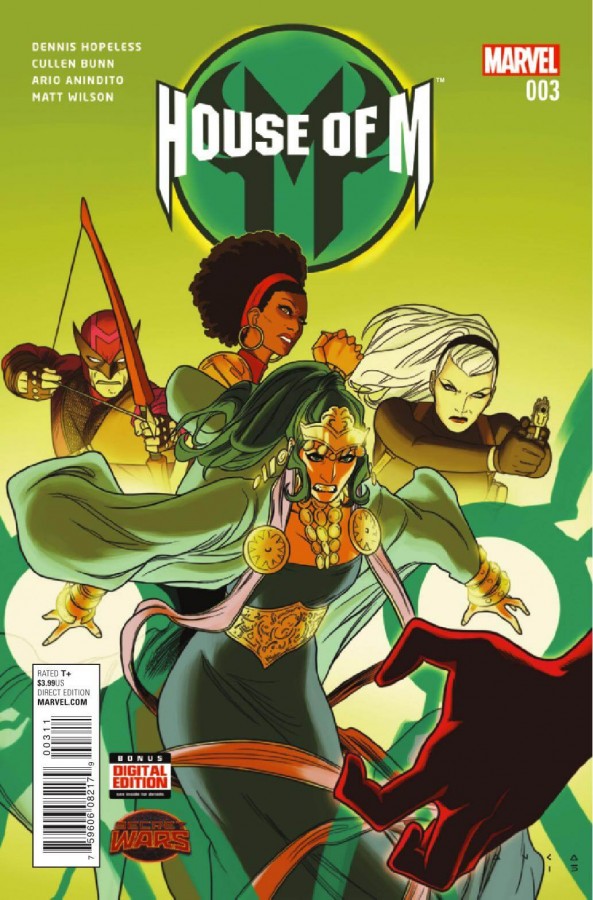 This has improved. I was a little critical of it last issue, but the extra dimension of court intrigue and betrayal added to Magneto’s “mid-life crisis” as a soft and bored tyrant needing extra challenge has certainly added to the enjoyment of the title. Give Cullen Bunn some credit: the man can make a silk purse out of a sow’s ear, that’s for sure. 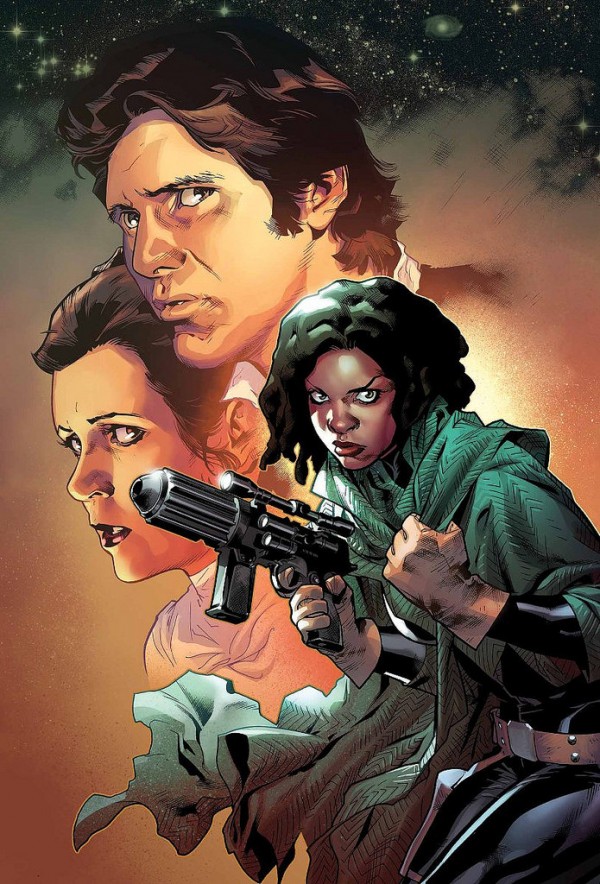 Just loving this series. After all, it’s my favourite Star Wars heroes returned to me and Marvel is really quick to re-establish itself as the defining Star Wars comic creators again. I mean, back in the late 70’s and early 80’s, they had some amazing stories by incredible creators: Chaykin, Simonson, and Claremont – the greats touched this series and now contemporary greats get to do it again.

Unbelievably good and completely in the same classic tone as you would expect from going into a movie theatre in 1983. It’s amazingly true to the characters of Luke, Leia, Han and all the other Star Warriors from that period, even down to Luke’s typical dumbfounded look whenever he finds himself in a new, precarious situation. It’s absolutely breath-taking when you think about how much talent it takes to represent these characters. Jason Aaron will always have my respect, but how he has my adoration. Kudos to Stuart Immonen as well for his incredible skill with replicating the likenesses of these actors from that rich period.

If you’re a Star Wars fan and you’re not reading this book, there’s clearly something wrong with you. 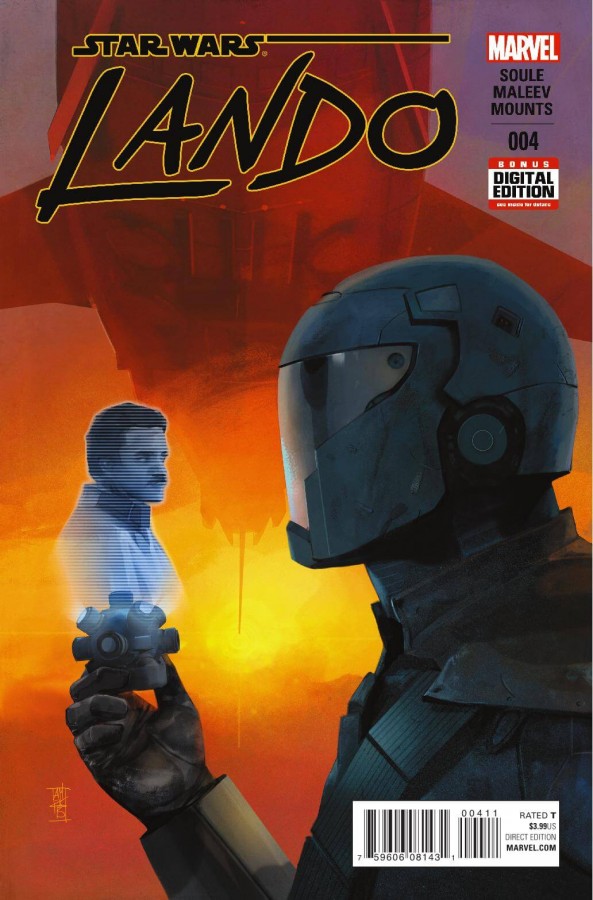 Again, the only complaint I have about this book is Alex Maleev’s art. It just isn’t right for the character and temperament of everyone’s second favourite smuggler. Lando is a charmer, a rogue and needs to be in bright colours and bold lines. Maleev’s art is smoky, undefined and just doesn’t do the character justice.

Charles Soule, on the other hand, manages to craft a very good literary likeness of Lando Calrissian. He was one of the most memorable new characters of The Empire Strikes Back and his ability to play both sides of the table made him an exciting and provocative addition to the cast. Soule has captured that essence perfectly (even down to the outstretched hands and typical “hey, hey, hey!” greeting!) making this book a definite addition to the newly developing Star Wars canon. I love the new Marvel Star Wars books but wish they could have kept the novels, comics and other material that had been lovingly crafted in the last thirty-odd years or so.

For this week, I have to select Star Wars #9 as my pick of the week.

Like I said earlier, it’s uncanny how Immonen and Aaron have managed to craft a story that could have come from the mind of George Lucas himself … well, 1980’s George Lucas, that is.

Still, it’s a return to what made Star Wars so great: incredible odds, breath-taking risks and a character mixture of flamboyance, naïve dedication and nobility of person that makes them both endearing and iconic. Aaron shows himself to be a talented writer with an incredible range of ability.

This is the type of success that can only exist in a shared comic universe. Now, granted, this is outside Marvel’s regular universe but that doesn’t exist anymore anyway. This is the Star Wars universe and Marvel has a stable of A-list talent that is more than able and researched to provide stories that fit perfectly well within it.

Dark Horse had this and unfortunately lost it when Lucasfilm, Marvel and Disney were all amalgamated in a trinity of nerdly godliness. But for a while, Dark Horse was doing extremely well with the property and had managed to craft amazing stories within this universe that will no longer be accepted as canon. This is a shame; the Rogue Squadron stories remain some of my favourites to this day. Hopefully, Marvel will reach back to some of these tales and re-invent them in some way to pay homage to the efforts of these creators and somehow re-integrate them back into the fold.

But, shared universes clearly mean successful stories for comic creators. With any luck, maybe we’ll see the other comic publishers adopting this perspective and mean a greater share of the market pie for them.

Until then, may more comics be with you.