Life can be so complicated sometimes.

If anyone ever asks you about the secret of life, it’s prioritization. In order to do the things we want to do, we have to finish what we have to do first. It seems overly simple, but you’d be surprised how easy it is to forget.

And that’s why life seems so complicated. Hey, it’s like the basics in a sport; you have to practise the drills in order to get better at the fancy stuff. 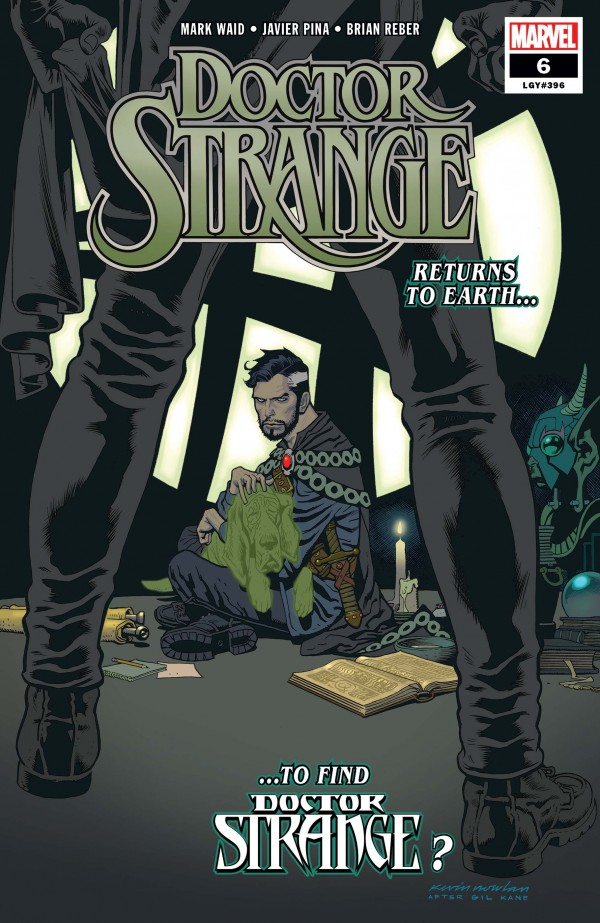 First off, I’m stating this for the record: I’m standing with Mark Waid.

Secondly, I’ve been waiting on edge to find out how this story was going to resolve itself. When we last left the returning Stephen Strange, he entered his Sanctum Sanctorum on Bleeker Street to discover … Stephen Strange!

It was a great mini-cliffhanger. I couldn’t guess how this one turned out and that was a bit of cleverness, to be sure. Mark Waid really has a handle on this new incarnation of Stephen Strange. Given that he had to regain new magicks from interdimensional AND interplanetary sources, Doctor Strange just became a more modern character who now has a new perspective on his powers. It’s like a mini-reboot but keeps all of the things that we love about this character.

Javier Pina’s art is very quickly becoming a favourite of mine. I’d love to commission a Dr. Strange piece from this guy.

In this story, we see Strange regaining lost memories and taking responsibility for a past omission. He’s trying to right a past wrong, which explains why he is faced with his doppelganger. Read more to see what I mean. It’s definitely worth an add to your list.

But I love that Strange has lost his stuffiness. True, the title of Sorceror Supreme is a lofty one, but the fact that he had to go to Tony Stark, learn new magical skills and even see that technology, properly adapted can be a source of power for him too. Mark Waid has brought new life to this character. 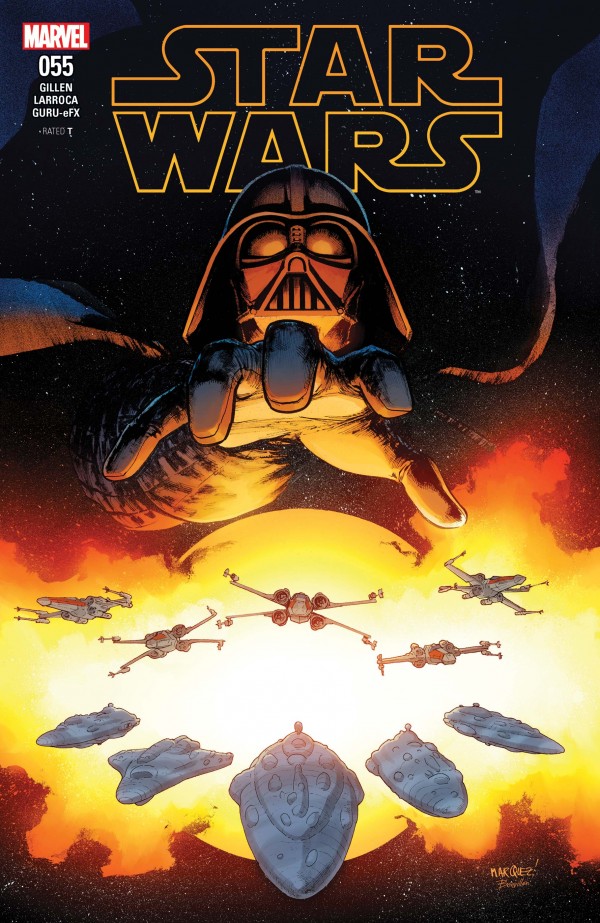 The final issue in the “Hope Dies” arc and it’s an absolutely fantastic conclusion which looks at solidifying the canonical gap between Episodes IV and V.

Somehow, miraculously the Rebel Fleet manages to stave off destruction by the pursuing Imperial Fleet, commanded by Darth Vader. But the test of real loyalty is to come. Leaders like Admiral Ackbar, General Dodonna … how Mon Mothma manages to rise to her leadership position as well as the trio of our favourite star warriors – Luke, Leia and Han; all of this gets explained and we see how talented Kieron Gillen is when it comes to maximizing a fan’s enjoyment out of this franchise.

Also, not to underrate Salvador Larroca’s art, he’ll be sorely missed next issue as we learn that he’ll be stepping down from his stunning work on this book. His successor will have big shoes to fill.

There is a simple joy in reading this comic. Guys like me grew up on this franchise; it’s just a bit younger than us, but that gives us a greater sense of ownership and a desire to stay in this world for as long as possible. That’s a simple pleasure that needs to be celebrated. 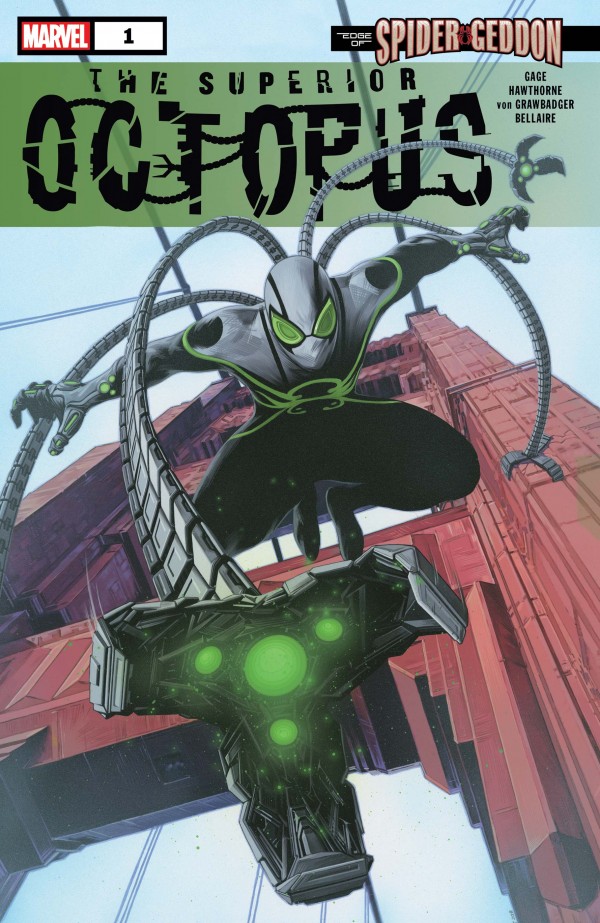 I was not prepared for how much I enjoyed seeing the redemption-seeking Dr. Octopus. First, it’s a God-awful clumsy name for a superhero, and Otto Octavius has some real fashion issues with the costume. In fact, one of the characters mentions that it already looks too “HYDRA-ish”. Plus, he has some social issues as well, but that overlays his new conscience grafted to him as a gift from Peter Parker’s DNA, or soul, I guess. Science can be complicated.

But Christos Gage and Mike Hawthorne have given us a great introduction to a character that unique in that this new Dr. Octopus is trying to discover his new identity and as he learns more about himself and his role in this world, we get to ride along with him on the journey.

There is an uncomplicated satisfaction in trying to make up for past sins. I tell my students that real learning can only happen when we move out of our comfort zones. Learning is awkward and uncomfortable and someone like Octavius isn’t used to that sort of progression. So, we automatically gravitate to him out of a sense of knowing complicity with the writer.

Simply speaking, this was a good read. 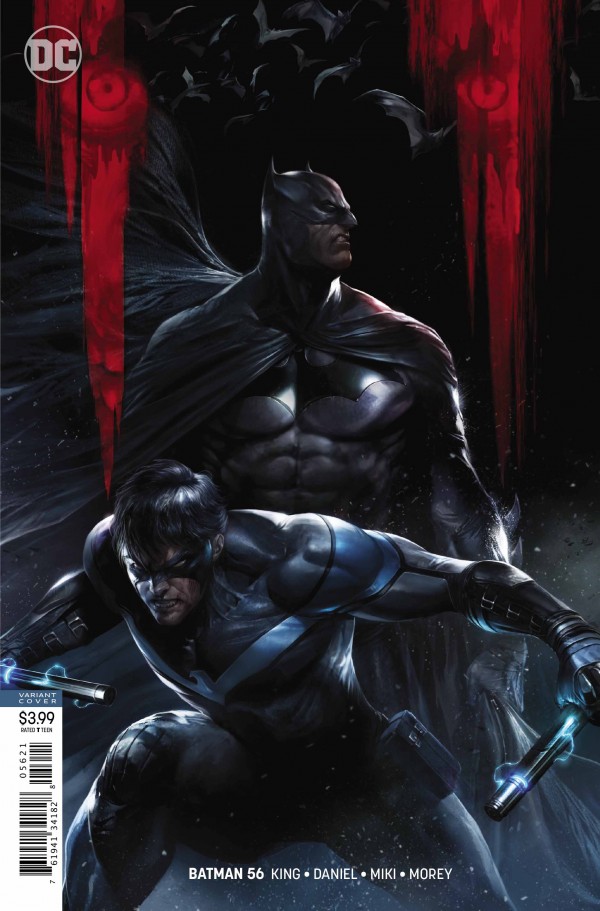 My interview with Tom came out earlier this week. When you understand how this guy writes, you understand more about how it can relate to you on a personal level.

Nightwing has been shot by KGBeast out of the simplest motivation possible: revenge. But Tom gives us more than Batman’s determined resolution to make the Russian assassin pay for his crime; he gives us two parallels of the father-son dynamic. One twisted by abuse and cruelty and the other, one of healing and love.

King takes these basic relationships and turns them into vibrant stories. It’s a very Shakespearean style, actually. People would marvel that Shakespeare would be able to create rich and vivid stories in such short periods of time, and while plagiarism isn’t totally off the table, the undisputed fact is that he was also a person who fully understood the human condition in all of its intricacies. Because of this understanding, he could create simple and relatable stories that would always fill a theatre.

Tony Daniel is an amazing talent. It’s been a real thrill to see Tom teamed up with such an ensemble of talented artists, but Tony Daniel is one of my favourites. His work on this is well-structured in that it communicates a true sense of drama and totally complements the story. It’s a wonderful example of visual storytelling. 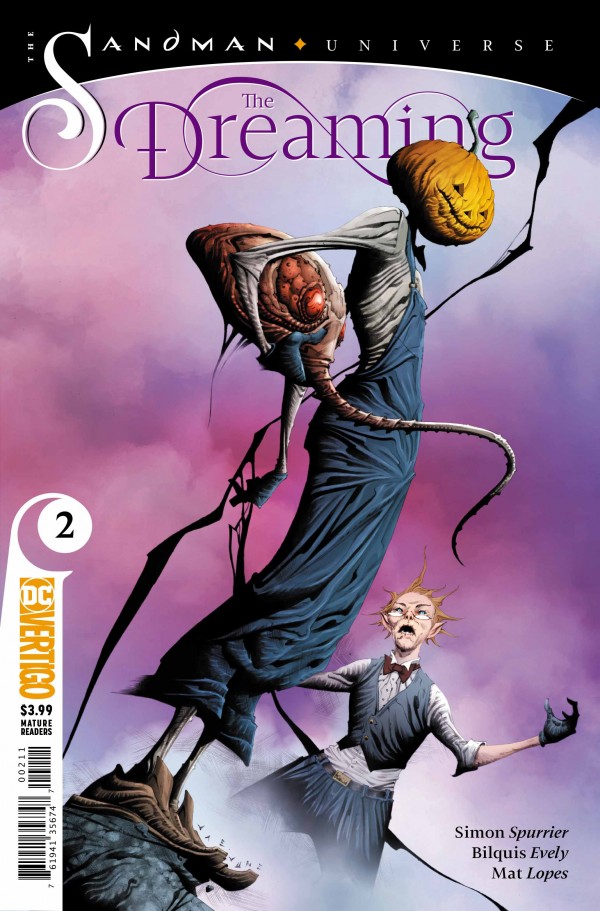 Dreams used to be simple. You went to sleep, you had one that you either remembered or forgot in the morning and then you went about your day.

But the Realm of Dreams is in utter chaos with its master in full absence, leaving his menials in charge. Only Lucius the Librarian is left to run the affairs of the domain, and only he knows this secret.

Bilquis Evely’s art has been described to me as “created by an old soul” (thanks, Yannick Paquette). It is intricate detailed yet possessed of an ethos that defies simple pencilling. It is imagination incarnate.

Si Spurrier crafts this intricate and devilishly complicated story of chaos and ruin, which exemplifies the point I was making at the beginning of this piece. Life is simpler when priorities are understood and recognized. The Realm of Dreams is in disorder because the King of the Realm is missing, in search of something that we can only guess would resolve his issues or bring balance to his kingdom somehow.

It’ll be about priorities, mark my words. It’ll be about taking care of your number one priority – yourself. When the self is secure then that person can start thinking about other people. Too often, the good among us think about other people first at the expense of their own welfare. That causes overcomplication and, quite frankly, unhappiness.

This is the pick of the week. It’s not only graced by the otherworldly and ethereal art of Bilquis Evely, but it really speaks to the heart of what’s wrong with people today. I don’t prescribe what values people should have, but they should be grounded in thoughtfulness and generosity. Hell, I’d even settle for any values because if you’ve thought about what you value, then at least you have a degree of thought behind them.

There is comfort in understanding the place of things, but it’s more important to understand what you value the most and work your priorities around them.

Pick of the Week: The Dreaming #2