Just what in the forgotten wastelands of Comic-dom am I going to write about this week?

If you’ve been following my weekly column, I decide upon a theme and select Wednesday comics that fit that theme as my pull list for the week.

This week, it’s a bit of a stretch as the pickings are slim for this Wednesday pull list for a comprehensive theme. So, I figured I’d fall back on the last and possibly worst line of defence should Humanity ever need it: me.

I’m going to pick what I like and be completely selfish about it. Sadly, I’m very bad at being selfish. If I were invited into a cosmic room owned by some sort of higher beings with infinite power who said I could have anything I’d like, I’d start by saying “if it isn’t too much trouble”.

I’m working on it.

An awesome adaptation of the film. Well, given I haven’t seen the film, then perhaps I should be more reserved! But, I found that I loved this early look at Han Solo’s formative years. This is on my radar for the simple fact it’s Star Wars. I mean, who doesn’t love Star Wars? Space fantasy at its finest and this is a great look at one of the franchise’s most beloved characters.

I love this book. Tom King and I both share a love for this medium. But seeing a film or television show adapted to comics is always a particular thrill for me. You can read the story at your own pace, speed up the action or slow down to look at a particular scene.

I’d love to see the film, but Marvel has given me a sneak preview so I’m not disappointed and the movie’s been out for ages. Anything that adds to the value rather than supplanting it is always the right way to go in supporting a franchise, and that’s what Robbie Thompson and Will Sliney have done in this adaptation of the film. Great work, guys. I’d buy you beers, but we’re a little distanced. 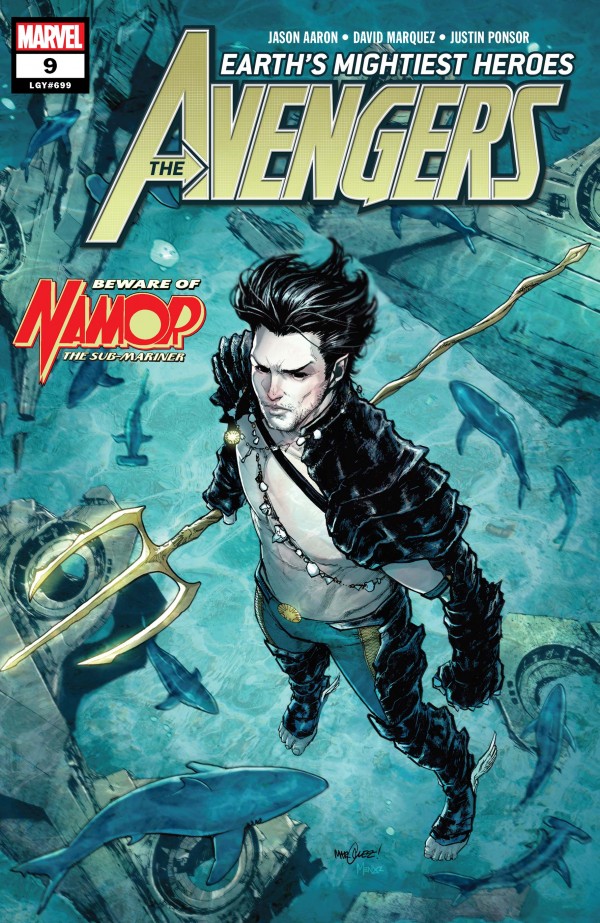 A great introduction to the Defenders of the Deep. A bit heavy on exposition, but it’s an origin story and anything with Namor has to be ego-driven. David Marquez’s art is spot-on.

I was never a Namor fan. I feel he managed to get a little bit of redemption in John Byrne’s Alpha Flight, when he became the paramour of Marina, but he’s always been a pompous ass in my book. In this book, I think he crossed a line and I was surprised by Jason Aaron’s callousness though.

I mean, I was a little disappointed with the casual removal of Stingray from the Marvel pantheon though. Even though he’s far from a A-Roster hero, he’s still part of the continuum and it irks me to see him so easily killed off. Of course, I hope that this comes into play for a future Avengers story. After all, he’s still an Avenger and in is case, they didn’t really take care of one of their own. Can’t wait to see the fallout from this story event. 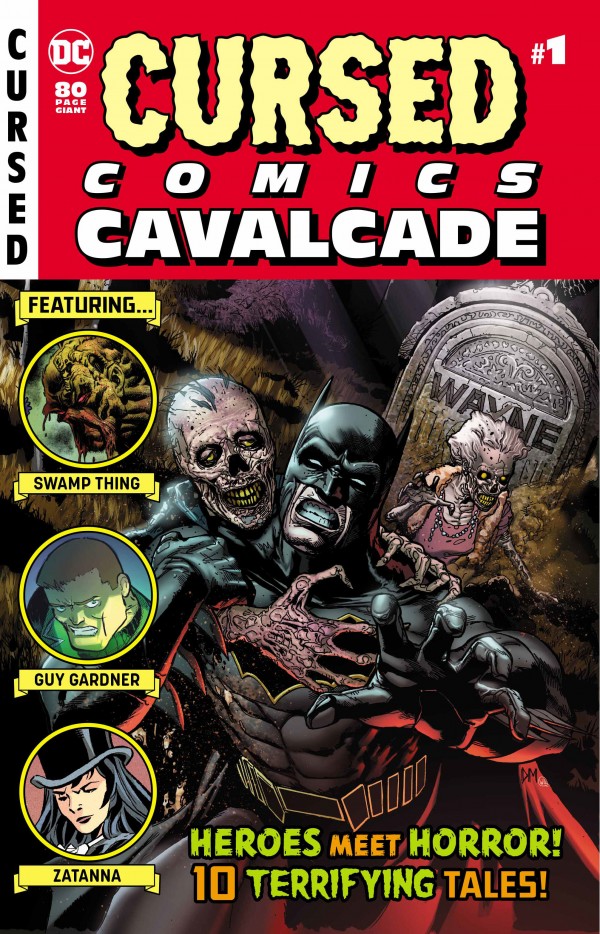 Awesome anthology. Lots of story material and a great chance for new talent to showcase their abilities. Well worth the price and definitely timely with Spooky October. For some people, Halloween is the entire month of October and it’s a grab-bag of haunted goodies. There are five stories in this book, with talent like Tim Seeley, Riley Rossmo and others. Gabriel Hardman’s story about the Demon Etrigan has to be my favourite out of the mix. It has a message that, given the recent climate of protecting women, makes this a very poignant tale that styles it Gothic supernatural at its finest and definitely makes this anthology even more awesome. Well done, Mr. Hardman.

A classic team-up: The Atom and the Hawkman. But this is made even better by the diverse imagination behind the new and extended origin of the – I want to say “new” Hawkman – but really, it’s just a spin on the original character to bring him more in line with the 21st century DC and to make the character more interesting. It’s great to see Hawkman not only span the millennia, but to also see him span the entire known DC stellar universe.

It’s clear that Robert Venditti and Bryan Hitch are having a great time with this book. There’s so much to appreciate but the novel direction in which they’ve taken Carter Hall have made him not only more interesting, but I think more relevant to the DC Universe.

This has to be the best work of Bryan Hitch I’ve ever enjoyed and Robert Venditti deserves a great deal of credit for this unique yet wholly workable interpretation of Hawkman. 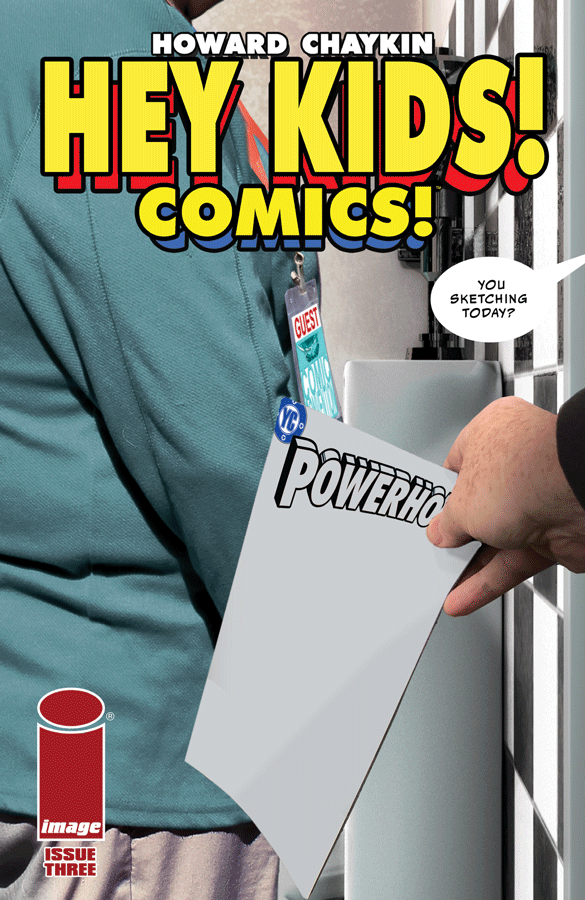 I always enjoy irascible characters. I had to interview Howard Chaykin and he made me work for it. But, there’s no doubt as to the wealth of knowledge and experience this guy has accumulated and if he wants to be cynical about the last fifty years of comics, then who the hell am I to begrudge him that privilege? After all, he’s earned it.

But this book is a testament and expression of that cynicism. If you’ve read anything about comics history, you’ll recognize the characters as representations of significant historical figures. Artists, writers, vice-presidents of publishing in the making – they’re there, if you know your comics history. It’s a great deal of vitriol and yeah, there’s definitely some harsh criticism of the industry’s dark side, but doesn’t that make for great drama?

When the up-and-coming writer of today’s comics is simply reaching back and ripping off the work of creators who have gone before him – well, that’s just a crime that no-one is held accountable for. Chaykin, in his own bitingly bitter way is simply bringing that phenomenon to light. After all, does the younger generation know about that particular feature of the industry? No, they don’t. But after this comic, maybe they will?

Of course, they won’t; who am I kidding?

And that’s probably what Chaykin would say to me. However, for readers like me, this is a book that I can sit back and fully appreciate as I try to place the real people behind the characters. That’s real life – that’s real drama.

This could be a pretty damn good television series, come to think of it. I want a finder’s fee if that happens! My suggestion! Mine!

I love fantasy stories. I grew up on classic fantasy and so did Meredith Finch. She and I talked about this in an interview we did at the start of this series about a year ago.

Before I start my diatribe, gotta say nice things about Ig Guara’s work. He has the capacity to draw out emotions from his images. Rose is innocent, but committed; her allies are rogues but love her. He marries disposition with physical expression and that’s huge in visual storytelling.

The chance to lose yourself in a fantasy world is a pleasure I always look for. Rose is a sweet character who really embodies being true to yourself and there’s a strength in that people take for granted. Often, it’s the small boy who stands up for another against a bully in the locker room that we quickly pay lip-service to and then forget about. But that was a moment of courage and a real feat of strength that is as great as any skilled fighter in a ring.

Kindness, love and thoughtfulness often get overlooked in this world. The choice to do the right thing when people aren’t looking; to make a difficult decision when the world is against you – these are things that really matter but often aren’t valued because they are taken for granted and assumed to be the right thing we are supposed to do anyway.

My God, when did being nice become a fallibility?

We need strong female characters like Rose. But even still, we just need a person to come forth and remind us that we need to do the right thing in life, regardless of the odds and the level of personal strife it may bring. If it something that needs to be done, it should be done and with any luck, we will find role models who will be able to do the right thing in front of the world, even if they are imaginary.

It may take a fantasy story, but why can’t there be more characters like Rose; not exercising her power, but rather her character in the face of evil. There is a sublimity in this that speaks to the way things should be, rather than how they are.

I’m choosing Rose #13 as the pick of the week for this week. Why? Well, as I said, this is about me, and I need to remember that bravery and having the courage to stand up to opposition are values that I should strive to master in this world.

“The only thing necessary for the triumph of evil was that good men should do nothing.” Edmund Burke, noted philosopher said that. Of course, given the focus of his time, we can expand that to include the brave women of our modern day, because this is a renaissance of sorts. Women are standing forth and remind us of the bravery that people, regardless of their gender, should have when standing up to adversity.

Wow … I got all soap-boxy there for a bit. See what happens when I get selfish? Until next week!