Sadly, I wasn’t able to read anything from DC Comics this week due to a very inconvenient change in their review policy that requires you to be online at a computer to read, and it was impossible to fit into the busy weekend schedule. Unlike other publishers who allow their materials to be downloaded and read offline at the reviewer’s discretion (which DC used to allow but currently changed), this policy is going to prove challenging.

In any event, I have to be thankful for something, so I’ll be grateful for a reduced workload! 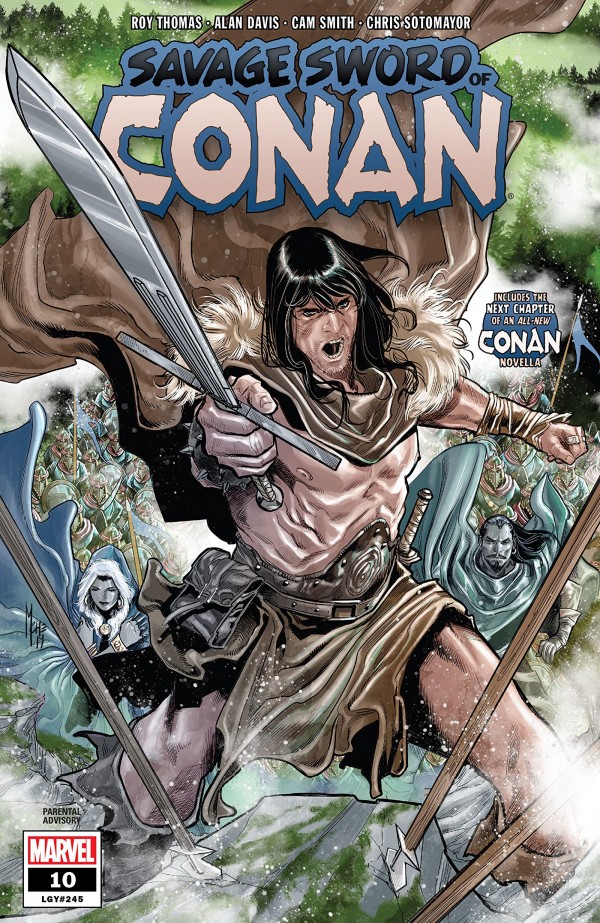 Okay, with that sort of talent alone, I’m already thankful for getting this book. Not to say that I’m hinging the success on this book on the names alone, but … yeah, I am! I mean, these are creators who were there when Robert E. Howard’s “Conan” stories probably hit their highest degree of production, and now they are bringing that degree of success to a revitalized comic in the 21st century.

There’s an entire story in the first panel. The description is rich, the art is entirely revealing of the story and we haven’t even completed the first panel, never mind the page. We know who Conan is, but as we see him engaged in mortal combat, the casual reader will have at least three questions before they continue to the next panel. Of course, the more sophisticated reader will have over seven, but never mind levels of reading, the fact is that both Thomas and Davis know how to instil a curiousity in the reader before they’ve even gotten through the first panel.

This is how you do comics, folks … look upon this first panel and learn how to set up a story. The more questions a writer and artist can instill in this beginning, the better. I mean, there is nothing in the text that suggests that Conan’s opponent is a Saracen-like character but the turban and the physiognomy are so well-visually described that the reader gets an immediate sense of the nature of the foe that Conan is fighting in this frame. However, Thomas’s description of the spectacle focuses exclusively on the emotion and intensity of the moment. This is a perfect example of artistry and writing coming together.

… and it’s only the first panel.

What a perfect start to an adventure! After all, if there’s anything a devotee of Conan would be expecting, it would be challenge, danger and then the discovery of imminent failure before the adventure had already begun! It’s an incredible tease to the start of a new campaign for our intrepid barbarian and if anyone is into swords and sorcery, a perfect beginning for a new story.

Alan Davis knows how to depict men and women. He has curves, musculature and dynamic positioning all perfectly arranged to present characters who would be worthy of the story that Roy Thomas has clearly in mind. Form the lowliest serving wench to the highest-born noblewoman, these are craftsmen who are perfectly in tune with each other and can expertly present a story like the one that I’m completely grateful for reading this weekend. 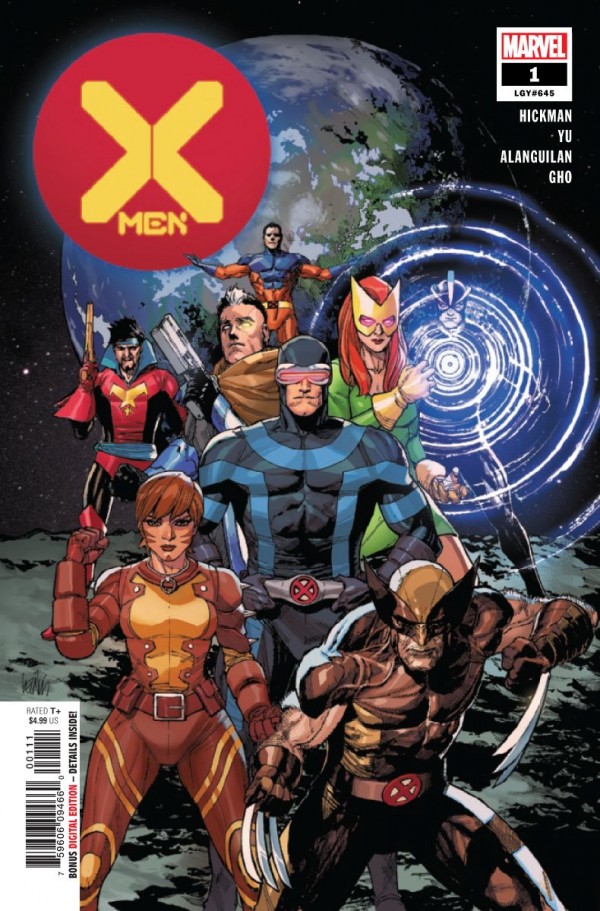 I … I don’t honestly know if I can process this issue from Jonathan Hickman and Leinil Francis Yu. It is mind-expanding and completely shatters the preconceived notions of the X-Men that any longtime reader might have had. After reading this, I feel like a highway bystander watching a sportscar zoom past him.

I am literally gobsmacked to see Hickman’s previous works encapsulated in this initial first issue of the main title of the X-Men. Given the history of the X-Men, it’s like Einstein’s theory of relativity morphing into a previously-undiscovered unified theory of physics that every scientist has dreamed of.

Too much? Sorry – but it’s that sort of reflective AND revolutionary type of event that people are unprepared for.

The Summers Family dynamic is a jam that I’ve always loved about my juvenile reading of the X-Men. Not so much Jean and Scott – that was a natural thread of the original 60’s X-Men that organically grew into development over twenty years. But the fact that Scott not only had a brother but a long-lost father who all managed to reunite over that time and came to culmination in the eighties was a theme that took its due time and was appreciated in its timing and resolution.

I love this comic.

Yu’s work has always been dynamic. Every panel has its own level of kinetic energy rating. It spikes with the combat sequences but even during the relaxed “family” moments, it possesses a restrained energy, like a coiled spring ready to release. He draws his characters with a gravitas – a particular sense of special identity that makes them stand out. Definitely a great choice for this book.

It was a good day with family and it ended on a family “let’s eat’. How human is that, and how perfect is it for a thanksgiving weekend?

Well, beyond a shadow of a doubt, it’s the pick of the week for this run. Jonathan Hickman has never been a stranger to this to this category of winning writers but in this case, he and Leinil Francis Yu need to be recognized for the absolutely perfect way for this inaugural first issue of The X-Men to begin. Not only does it pay homage to the history that went before it, but it also reminds readers that the X-Men are not just a futuristic concept hurdling towards the future with a sense of disaster, but it’s a reminder of the human-ness behind them.

Could Hickman be the missing element needed to make The X-Men a relevant and understandable title in the 21st century?

While Hickman likes to play with futures in his other works, in this case, I think he sees his futurism as a warning in order to bring the X-Men back to where they belong: fighting the evils of Humanity and preserving what they have here and now. I think Hickman is the only writer with a sense of perspective necessary to bring Marvel’s most prominent Mutant heroes back to a degree of appreciation that makes them a relevant super-hero title that comic-readers can understand and value.

What a thing to be thankful for.

It’s the pick of the week for this week’s review, and for that, I’m thankful to Jonathan Hickman and Francis Lenil Yu for their sterling work in bringing the X-Men back to the centre stage.