It’s a different world from the one fans know, when it comes to the shades and intricacies of geek-culture.

Comics, like other aspects of nerdstuff, are in the business of selling dreams and we, the loyal followers of fandom, buy them with gusto.

Conventions are warehouses of the purest of dreams and have become intensely popular arenas of interaction where fans can interact with their beloved writers or actors. Fans get a brief moment of euphoria which is replaced by a feeling of emptiness that can only be satisfied by getting back in line to see the next star.

But celebrities have their own issues too. One Star Trek celebrity was to have said that he worried that there wasn’t enough of him to go around; that he wanted to ensure that each fan had their own special moment with him but that there was only so much time in the day and only one of him to meet with so many fans. It is a genuine regret.

I think comics make fandom a little bit easier for some reason. The primary draw isn’t the writer or artist – it’s the representation of the character. While it’s great to meet these folks and marvel at their artistic achievements, the interaction is more distanced. With an actor, it’s like you are meeting the character. I mean, speaking as a fan of William Shatner, it’s difficult for me to emotionally separate the man from my hero, Captain Kirk, but meeting Neal Adams isn’t like meeting Batman.

Comics also leave you with something to think about. After all, we are talking literature and the creation of stories is an interactive process between the writer and the audience that can have meaningful and lasting impact. Plus, it’s something that English teachers, like myself, long for in students: an extended engagement with literacy with their students.

I love my fandoms, but there’s something a lot more enduring about nerd-culture in the written form. 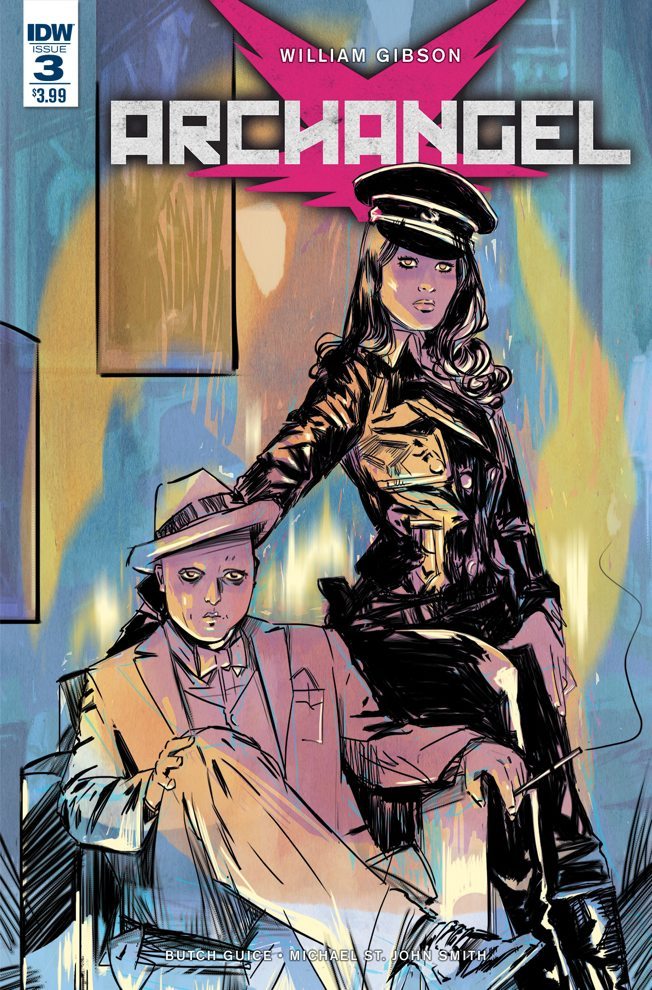 Strange, but couldn’t get into this one as easily as the first two for some reason. It might have been the flashback sequence seemed too ingrained with the beginning of the story, but whatever it was, I certainly had a difficult time enjoying it as much as I have the first two issues. I mean, time travel, William Gibson, Butch Guice – it’s a glorious combination of creativity and talent.

I think that Gibson hit it on the head in his remarks at the end of this issue: it’s #3 in a five-part series, and I don’t think that’s enough for a story of this amount of promise. Gibson himself says that he doesn’t think he is as much of a sophisticated comic reader as he should be. Perhaps, but regardless of what I felt about this issue, there’s no denying it’s an amazing story. I just think it should be longer. 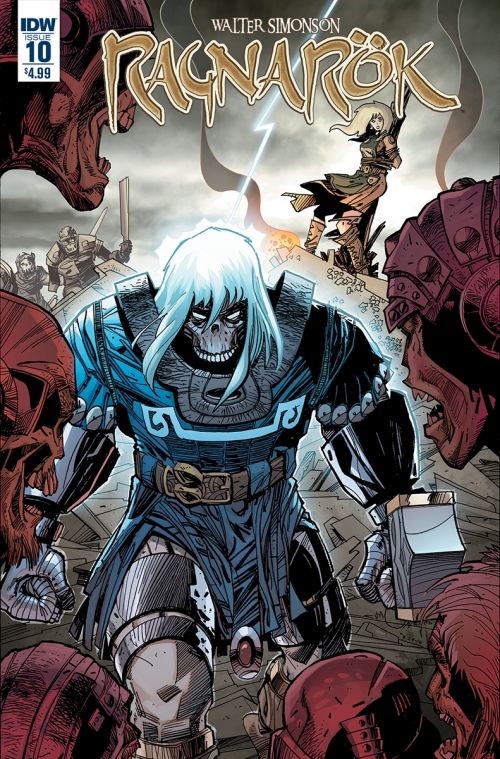 After reading an issue of Walt Simonson’s amazing revisiting of Norse mythology, I always feel like I need more.

But this one was complete.

It was a lovely human story of devotion and reinforced the value of faith that humanity has in its belief system. Whatever one’s faith, it is a thing to be respected and Simonson has encapsulated that concept in this story. Faith, dogged determination, and the idea that eventually things have to get better.

On a personal level, this is a story that resonated with me for a number of reasons, but one in particular. I think Walt would know what that reason is, but for now, I’ll just say that this story hit its particular mark in continuing the story of the restored Thor and his quest to avenge his slain family.

I buy this masterpiece every time it’s available. More people need to as well. 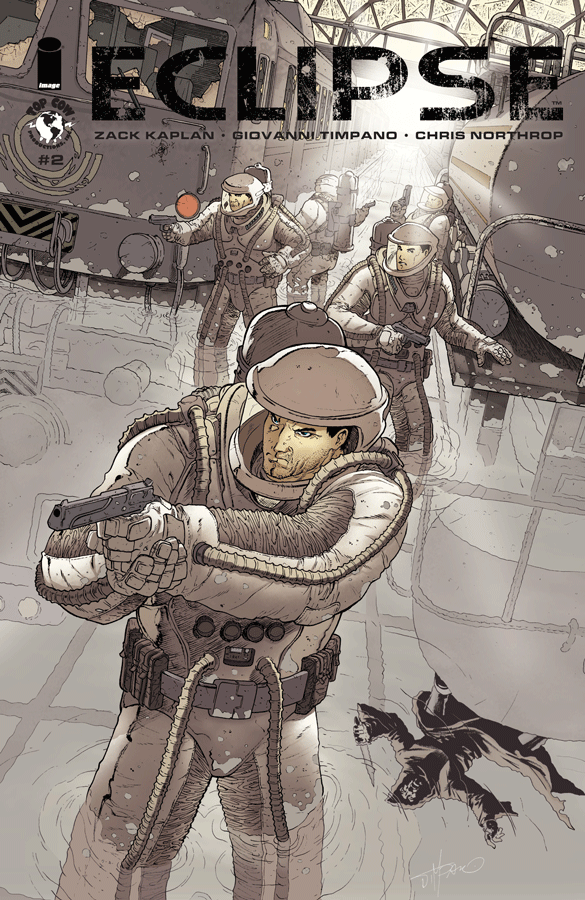 I wrote a full review about Issue #1 on another website so I felt I needed to follow up by including it in this week’s round-up.

It’s fantastic. I mean, Image has a reputation for picking exceptional talents seemingly out of the ether and they hit gold with the talent team-up of Zack Kaplan and Giovanni Timpano. The story has a solid edge to it; it’s an acceptable premise that rings authentically with its near-future setting. These are the best stories because they stand on the border between fantasy and acceptability. If you throw in the right amount of human weakness, you also get a solid character-driven story that’s a solid winner.

The artist’s contribution is not to be overlooked either. Timpano renders this story in archetypical High European styling. It’s fully classic and takes readers back to those heady days when European artists delivered the defining versions of fantasy or sci-fi art. Read this book – it’s simply a pure joy of good story creation and artistic work. 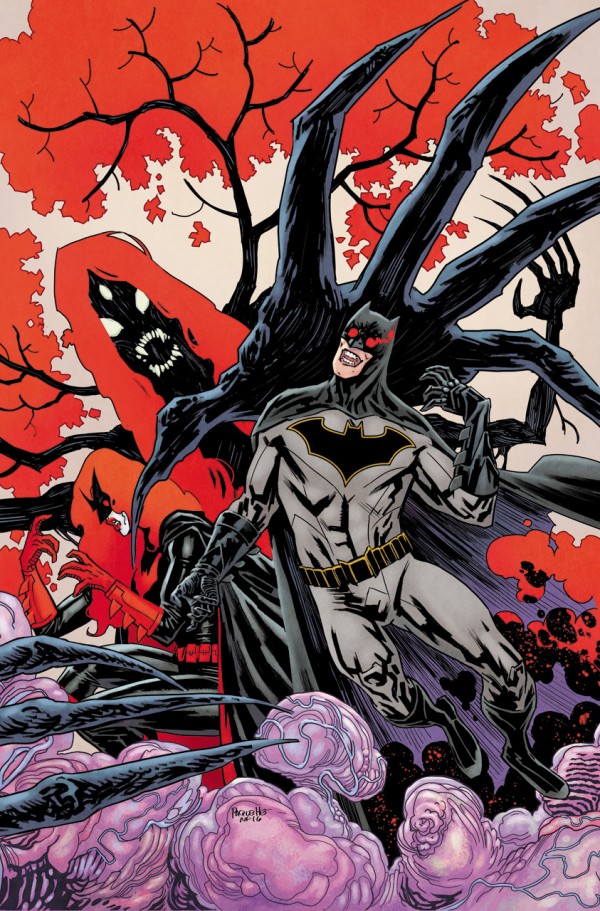 Continuing “Night of the Monster Men”, this is a challenge for the new Batman family. I remember aback in the seventies when the Batman Family was a treasury edition of separate stories about Robin, Batgirl, Man-Bat or even Commissioner Gordon. The idea of the “Batman Family” a more subtle concept; a theme, if you like.

Don’t get me wrong, I like the inclusion of Clayface as a hero. I think it’s a brilliant concept and he definitely adds some cool variations on Batman’s group tactics. I also have to say that I like to see Batman as a general, calling the shots to his own little army. However, I have to say, I miss sole Batman stories because Batman does his best work when he’s solving a crime. Those are the best stories. Batman fighting super-villains should only be when he’s in a group comic like the Justice League, or teamed up with an accidental partner (a’ la Brave and the Bold) or am I just being a bluff, old traditionalist? 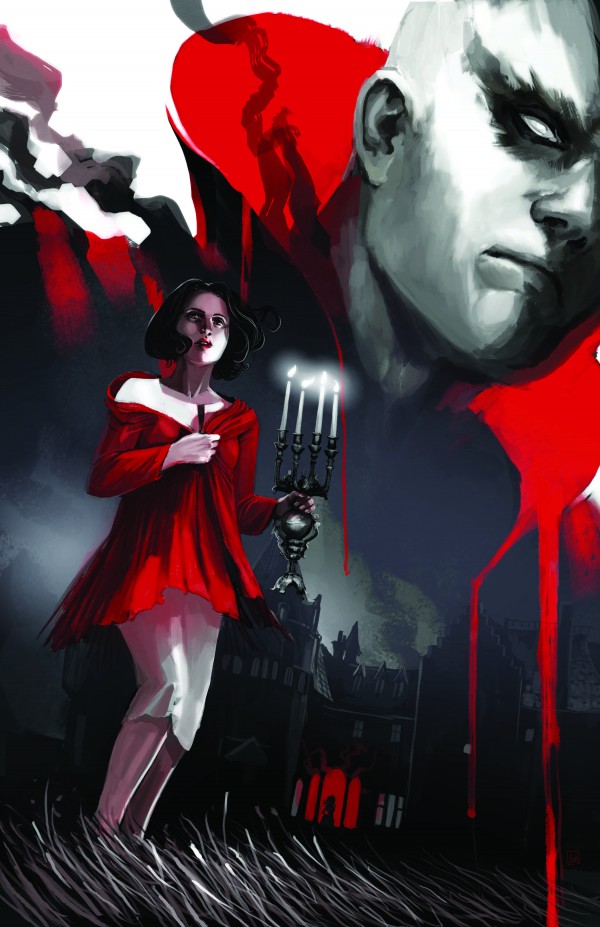 Wow … what a pleasure to read. Written by Sarah Vaughn and illustrated by Lan Medina, I have to say that I was a little hesitant. Whenever a classic character gets new treatment and definition, there’s always a worry if they’ll “get it right”.

But I was pleased to see that Boston Brand’s character hadn’t been redefined for a new incarnation of the DC Universe, but had remained fairly classic, yet there were enough differences hinted at that would compel the reader to see just what exactly was different this time around. Vaughn played the story long enough to place just enough curiosity in the reader to keep turning the page.

The atmosphere of the book was spectrally spooky and the colour work by Jose Villarrubia was misty and shadowy enough for Deadman to work his craft. I’m curious about the supporting cast and this is one book I’ll keep an eye on for future development. Good first issue. 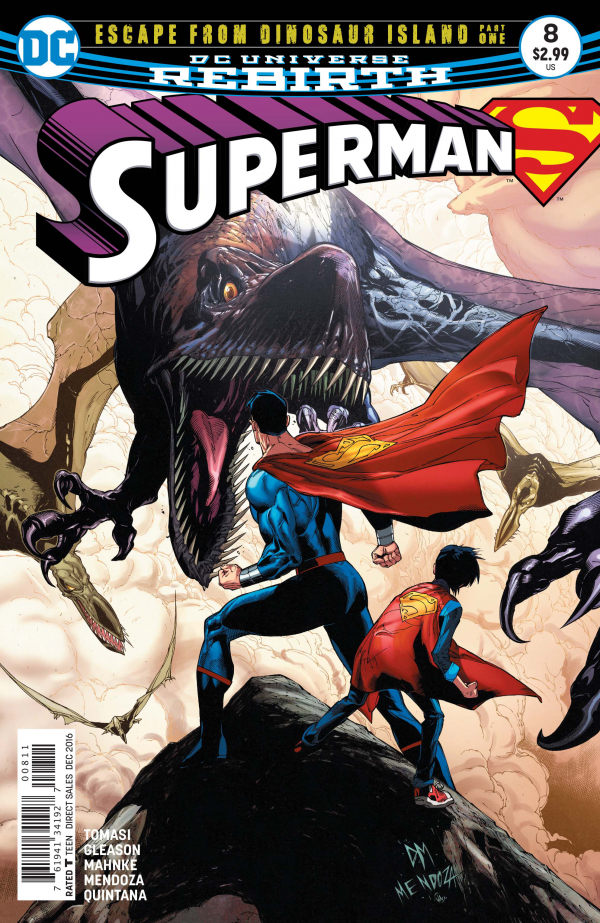 This was a complete surprise to me.

When you first read it, you think it’s another cutesy Superman family story. You have Da, son and dog. Aside from the fact that they have super-powers, well, this could have come straight from the script pages of “Leave it to Beaver”.

But the subtle hints as to where the eventual destination of this story escape the reader until the final page and then – whammo! You realize where Superman and son have landed and then it dawns on the reader that there was a lot more thought to this book than was originally anticipated.

But it’s the emotional dedication in the last text box that also took me by surprise.

I have to say that this issue actually epitomized the magic of comics. To leave a lasting impression like this issue did and to tie it into something so real and meaningful, well, that’s just what every comic should strive to do.

Peter Tomasi and Patrick Gleason should be proud of this one. Dough Mahnke’s work is always stunning and this book is a testament to those who push the final frontiers of creativity. It’s a touching tribute, guys – nice work.

… and that takes us to The Pick of the Week.

I have to go with Superman #8.

Like I said before, comics – like other fandoms – are in the business of selling dreams. This is a book that dwells within that realm of dreamstuff and makes us long for that euphoric moment when we interact with the creators we love.

Darwyn Cooke was one of those creators and while this story sees Superman and son in a fantasy place acting out something our imaginations enjoy, we are reminded of the magic that he created for us. We are entertained, but we are also touched.

Darwyn lives on in his stories. He may be gone, but those fantasies he spun for us, those moments when he interacted with his fans and shared his work with hundreds of thousands of people – that is the part that will never die. Those people will hold those times in their hearts and memories forever.

That is the enduring value of places like conventions because even if it was just for five minutes, a fan will never forget that brief time and in that euphoric moment, creators like Darwyn will live forever.

Multiply 5 minutes by a hundred thousand fans and Darwyn Cooke never dies – and that’s a dream that I am happy to share.