The way I saw things this week, the prominent message was perseverance.

Life rarely works out the way you want it. If it does, it’s a blessing; take it and run like a thief in the night. However, if it shouldn’t, then those are the breaks, kids and you need to figure out what’s next.

Still, it’s a good thing that there are some consistent things in life that you can rely on. For example, the sun will always rise, Canadians hold the monopoly on gratuitous apologies, and comics will magically appear on shelves on Wednesday morning. 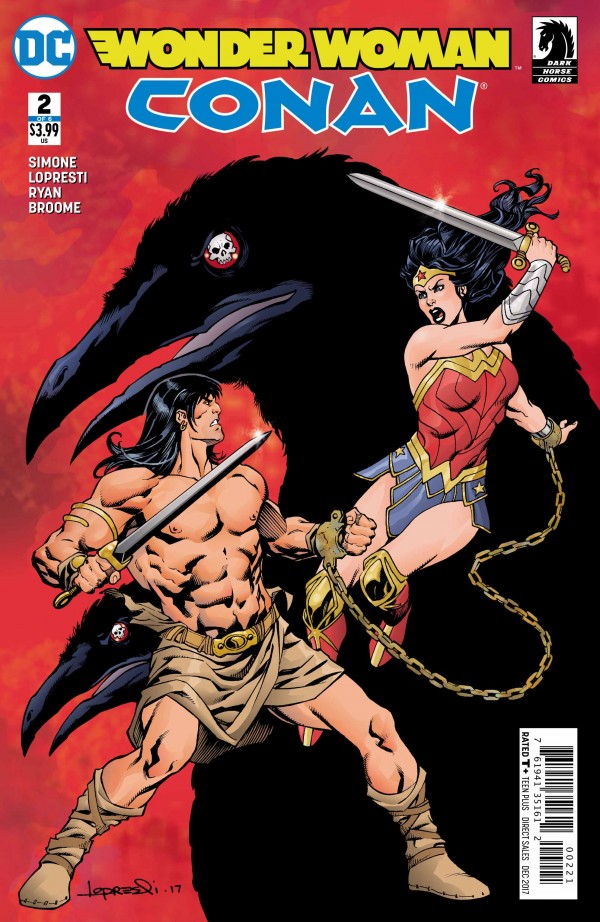 In collaboration with DC Comics, this has to be one of the most unexpected and delightful titles to come out in recent weeks.

I think it’s the imagined back-story between Conan and Diana as children that really makes an impact on me. It adds an extra layer of legitimacy to the mash-up of these two properties and really speaks volumes about Gail Simone’s creativity. Conan is more than just a barbarian in this story; through the reminiscence of his encounter with the confident young Yanna, we see a boy who has the open-minded maturity to realize he doesn’t know everything. This is the measure of a man – a true man. Not someone who seeks to bolster his own insecurity by pretending he knows more than he does, but one who is accepting and confident in his own right. He does this because of the example set forth by his new companion.

I love the fact that it takes a strong and self-purposed woman to bring forth the sterling qualities of a man. There’s something very basic yet right about this.

Flash forward to the future, and it is this knowledge that allows Conan to hold himself in check and to allow Yanna the latitude to re-discover parts of herself, including her name, Diana. In their adult years Conan returns the favour his childhood friend did for him and he allows her to bring forth some of those qualities that she needs now. It’s a wonderful parallel.

As creative as Gail’s storytelling skills are though, I have to say that I’m also really enjoying Aaron Lopresti’s artistry. Conan looks like as I imagined him in classic Howard style. I never liked the fuzzy y-fronts that Schwarzenegger’s Conan sported, but the simple cloth kilt that Lopresti draws Conan in is so very primal and accurate.

I’m a Scotsman, so of course that seems natural to me. 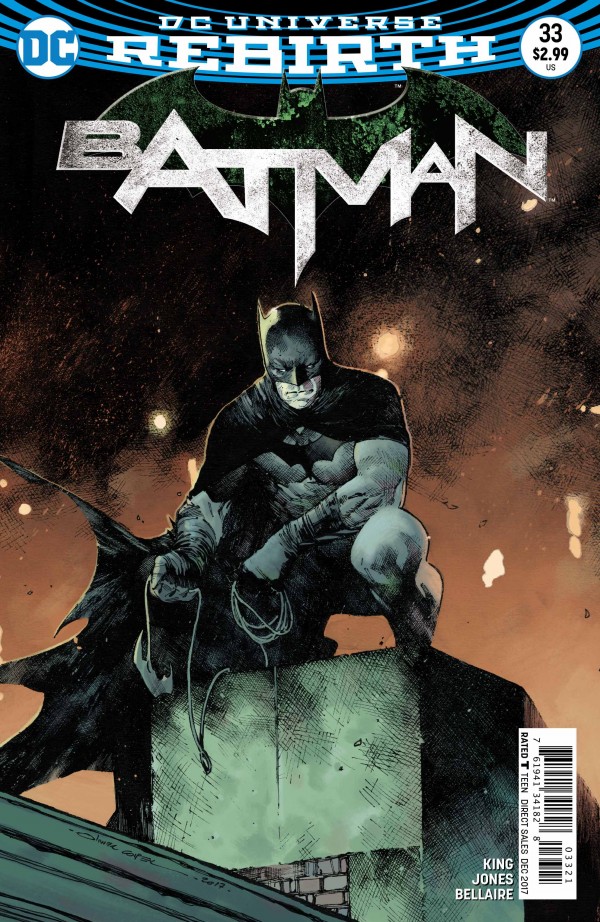 A New storyline emerges in this book – “The Rules of Engagement” but to be honest, I was dying to know what happened after Bruce Wayne popped the question to Selina Kyle.

Well, there’s a lot going on in Batman’s mind. He’s engaged, he’s just defeated both the Joker and the Riddler, and he’s smack dab in the middle of Metal. So if he decides to infiltrate a forbidden desert kingdom for his own hidden purpose, so I guess he’s allowed to go off the reservation a little.

However, it’s the reactions of the “Bat-Family” to learn that he is engaged that really stands out in this book.

Tom is partnered with Jordie Bellaire this time around. Bellaire’s work is gritty and poignant and carries itself quite well in this desert-situated story. Of course, I can’t help but notice that King has returned to a desert. It’s an area he knows quite well. Like any talented writer, Tom King is writing from a position of strength and that gives this story a solidity that is very enjoyable. 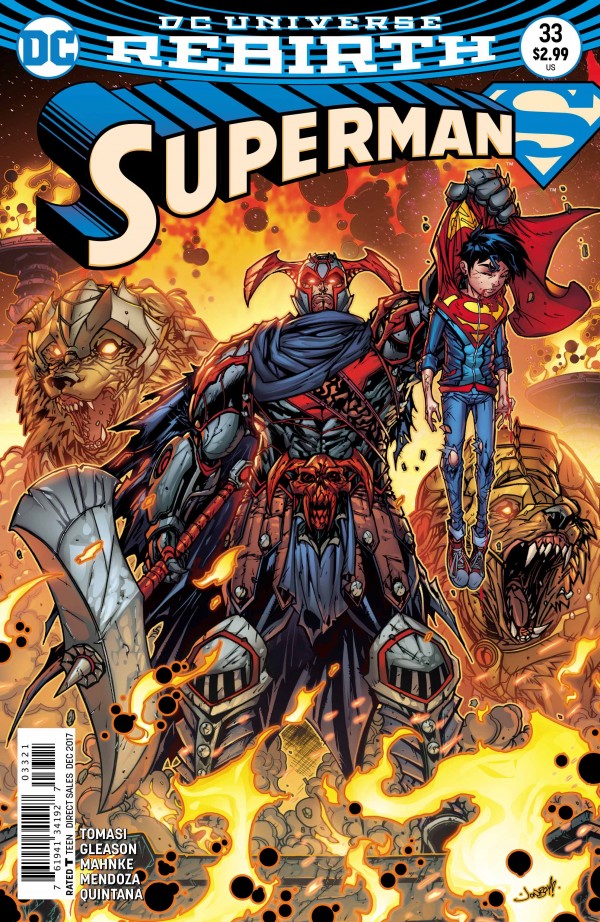 But it’s a testament to the skill and ingenuity of talented creators like Peter J. Tomasi and Patrick Gleason that they can concoct stories of this long-running and historical franchise to attract even a jaded and stolid reader like me.

The new storyline, “Imperious Lex” is a cheekily-named one as we see a seemingly rehabilitated and repentant Lex Luthor strut his stuff in tandem with Superman, catching bad guys and posing for selfies.

But fate has other plans for our newly-minted “Super” man. Apokolips beckons and can Luthor’s darker side resist its call? They say the measure of a person’s character is in the deeds they do that no-one can see. It’s ironic that Luthor’s fate is being laid out for him by a blind man.

However, it’s the ending that really frightens the reader when Clark, Lois and Jon are all split up and have to fend for themselves in … well, I don’t want to spoil it for readers. But trust me, this is a scene drawn by the uber-talented Doug Mahnke that will definitely set the teeth of any good family man on edge. 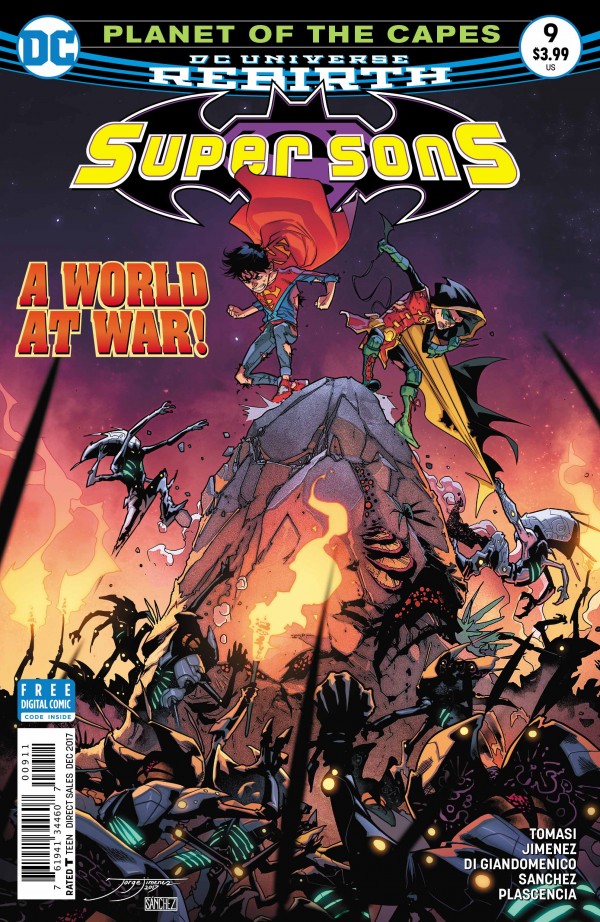 I hate to; it’s the type of word my soon-to-be twelve-year-old daughter would use, but as a dad, this book evokes the father in me and I have to say, I like seeing the sons of the “World’s Finest” stake a claim in the land of super-heroes.

Continuing the storyline “The Planet of the Capes”, we see Damian and Jon still stuck on the living planet and trying their best to overcome the planet, Yggardis and find their way home. Peter J. Tomasi transfers his family awareness theme over to this story, illustrated by Jorge Jimenez and Carmine di Giandomenico.

It’s fun, it’s playful and it’s the type of story that no parent would have a problem with their kid reading. But I have to say that the reluctant dynamic between Superboy and Robin has to be one of the most entertaining partnerships I’ve seen in years.

Plus, it’s frickin’ cute; especially when Damian Wayne declares that he doesn’t do dishes, and Superman responds with “you do here, son.” It’s a brilliant portrayal of growing up as a super-hero and it’s pure fun. 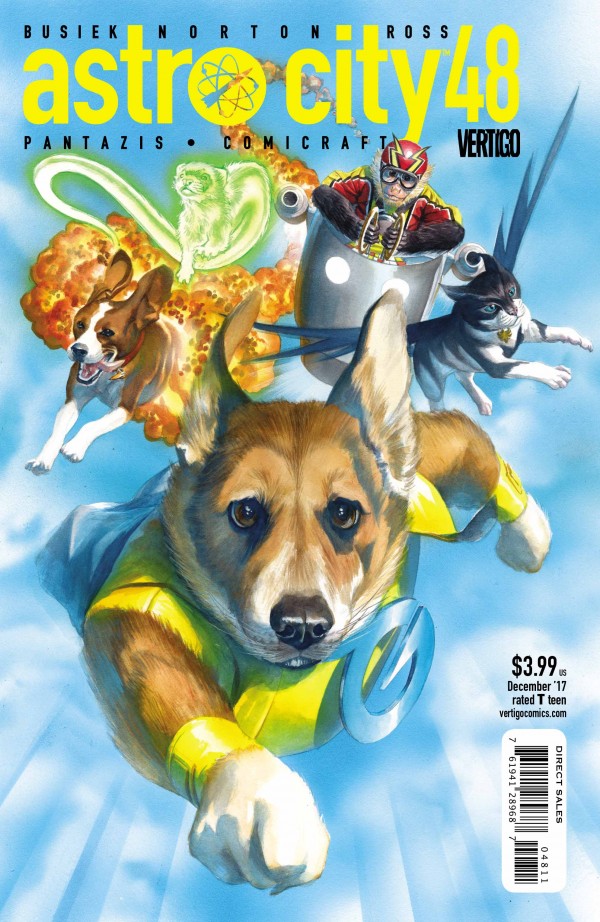 It’s been a while since I’ve ventured down the streets of Kurt Busiek’s Astro City. There was a time when I actually rented a space there every once a month! But, sadly, I’ve been attracted by other venues and well, it’s nice to go back and visit once in a while.

Of course, it’s a wonderful stay.

Titled “Dog Days”, this is a heartwarming story about the redemptive power of animals, but more specifically pets. Pets play an important role in our lives. If caring for others brings out the best in us, then caring for animals must also have a similar improvement on our humanity.

The message is simple in this story. We see the hero, a fusion between man and dog, courtesy of an amulet that imbues its wearer with animal powers. But Andy is only a hero in spirit because of the awareness of his dog’s sterling nature. It’s a great concept and one that really fills the reader’s heart with an appreciation of what our pets bring out in us. 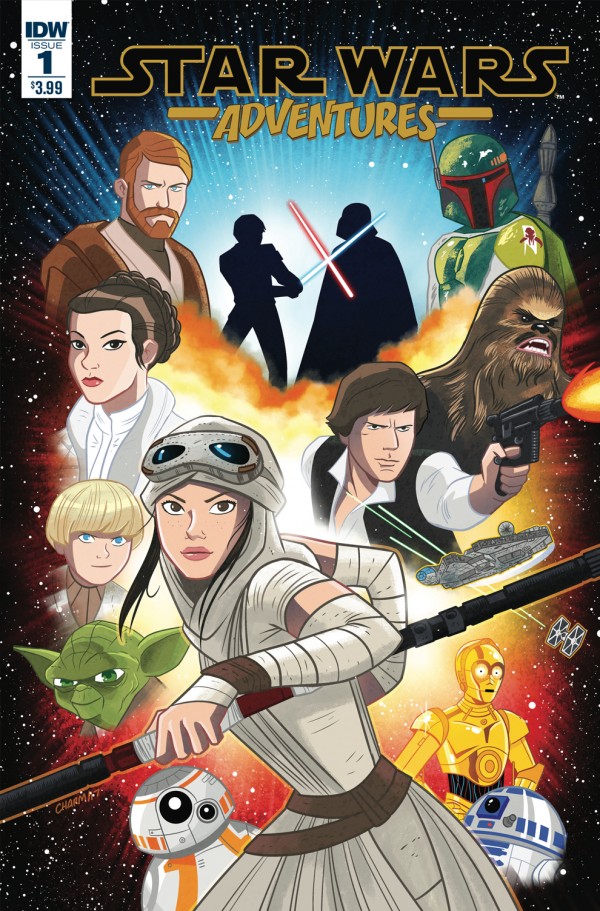 Cute and adorable seems to be a continuing theme in the last few comics and this book is no exception.

I love anthologies and this is a collection of alternate Star Wars tales from various parts of the franchise. Obi Wan Kenobi, Rey, young Anakin Skywalker – they’re all here and from different periods of the films. Entertaining stories but I have to say I was turned off by the relative “cutsieness” of the art.

Yes, I’m sure “cutsieness” is a word.

Too cartoony for my tastes. As much as I love the series and this concept, I’d like to see something just a little more mature for my own tastes. After all, Marvel’s hold on the license is …

And now it’s time for the Pick of the Week and the honours for this week have got to go to Gail Simone and Aaron Lopresti for their incredible work on Wonder Woman/Conan #2.

I love this book because of Simone’s unique interpretation of everyone’s favourite barbarian. Remember: Conan eventually becomes a king. And while the Cimmerian is hardy a refined and cultured soul, Simone portrays him in an open-minded way that allows him to appreciate new situations and learn from them rather than blindly bashing about adventures. Conan’s fighting prowess or martial strength is not diminished, but his heroism is enhanced.

Going from forced gladiator combat to indentured servitude on a fishing vessel – these two go from bad to worse. Yet their martial spirit carries them on, buffeted by Conan’s fascination and memories of her.

It’s just funny though that Wonder Woman, a dynamic character in her own right, and arguably the draw for this story is more of a support to Conan than a lead. While we are curious about her missing memory and how Simone will manage to fit Wonder Woman and her memories of the Justice League and modern society, it’s clear that Conan will be the one to enable Diana retain that state.

Neither one can succeed without the other and there’s a lot of story to come, but I like its persistence.

… which of course is where I started at the beginning of this article. Just like Conan and Wonder Woman show us, persistence and dealing with whatever life throws at you is the name of the game, folks.

Pick of the Week: Wonder Woman/Conan #2