I’m considering the nature of criticism this week.

In my class, I constantly wrestle with how to mete out criticism. People forget that one of the toughest jobs of teaching isn’t the teaching itself, it’s the assessment. After all, if you have a teacher who you really respect, doesn’t it suck when you deliver an assignment that doesn’t get the mark you hoped it would? Yeah, everyone has had that experience and that’s why it’s important to be respectful when you deliver that judgement. After all, that’s what it is, right?

Opinions matter, even to seasoned veteran comic creators as well as hopeful neophytes who are waiting for their big break to happen. That’s why there’s always one thing that I like to consider when rendering judgement on anyone’s work; from your average 14 year old English student, to an aspiring comic creator to an industry-tried professional:

Criticism or opposition to someone’s work needs to be delivered in a way that is respectful of the creator’s effort. Perhaps there are issues with the work – but these can be pointed out in a way that is helpful and supportive of that effort rather than shutting the person down. When objections are raised, they only need to be raised once and in a way that is decent and non-offensive. After all, nobody likes a jerk, but everybody likes hearing from someone who wants you to succeed.

It’s the time of the year when I gather evidence from my students but give them feedback on their work in a way that I hope will help them become more successful students down the road. In that way they learn, and isn’t that my job?

I like to approach my reviews in the same way. I doubt there’s anything I can “teach” the accomplished creators but I’m fortunate that I have a platform in which I can deliver my constructive opinion. In that way, I hope that I can provide some assistance in making them look at something in a way that they haven’t considered before and will help them to become better in their craft.

Sigh … the teacher in me. Let’s get to the picks for this week. 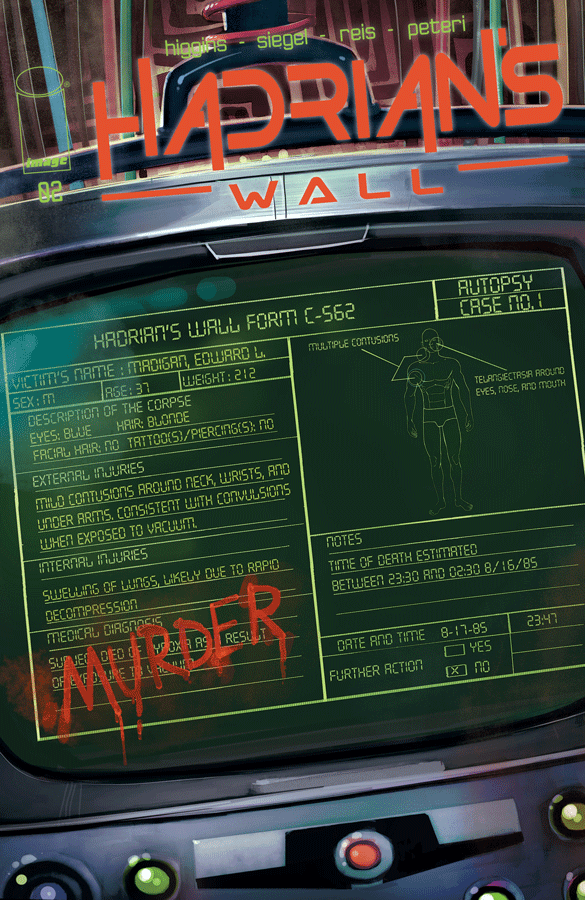 This is an enjoyable read. Image already has a great sci-fi, space-station, crime story with another title – The Fuse, but I love that they don’t restrict their story-telling to just one title per type. It’s a book that really speaks to the strength of individual character-driven storytelling and Kyle Higgins and Alec Siegel should be proud of the compelling story they’ve created. It’s riveting and the separate focuses on the various characters really makes the reader try to predict which one is actually guilty.

Rod Reis evokes a 1980’s style of art in this book. It’s like reading an old copy of Epic, Illustrated. The style is completely vintage evocative and it’s incredibly pleasing to the eye. The colouring really supports it so credit so this is a lovely book to behold.

All in all, it’s a truly enjoyable read for anyone who likes to mash crime and space together in one really entertaining package. 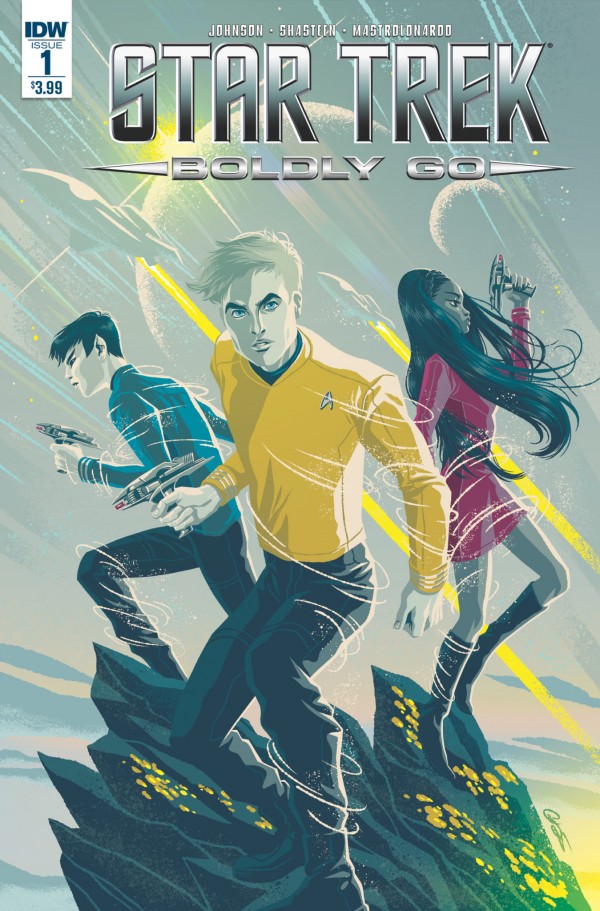 You know, the Trek universe is big enough to encompass two divergent timelines. The more I get used to this idea, the easier it is to accept the presence of “J.J. Trek”. After all, we are one big, happy fleet, right?

Mike Johnson and Tony Shasteen have given us an excellent continuation to the third installment of the Abrams-verse version of Star Trek. Set a few months after the events of Star Trek: Beyond, the crew of the Enterprise have disbanded and all gone their separate ways. While some have been promoted, taken other commands or accepted lesser positions for the sake of friendships, others have focused on developing relationships and delving deeper friendships.

That’s entirely Trek. Not only do we see these characters demonstrating diversity in their lives but we also see the introduction of new characters to the Abrams continuum as well, as well as some familiar ones to the delight of veteran Trek fans. Definitely fun and the likeness work is actually pretty good which is always a concern when dealing with books form derived properties that have established performers as the faces of the characters. 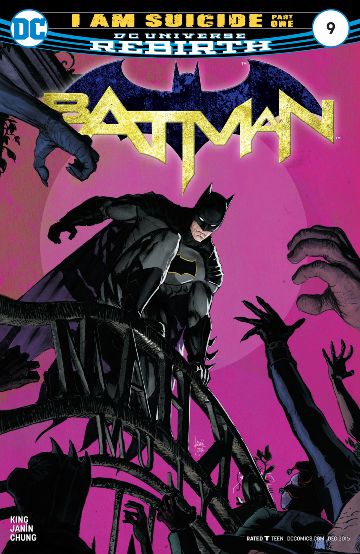 “I am Suicide” promises one hell of a story arc and I am ready to buy this book on a regular basis. In this arc, we see Batman assembling his own Suicide Squad, a’ la Amanda Waller. In order to restore Gotham Girl to a state of normality, she needs Psycho Pirate and the only way for Batman to get him back is by going through Bane.

I’m really enjoying Tom King’s approach to Batman. While he shows Batman to be the consummate detective and strategist, he also keeps his readers in tune with his human side. Simply put, Batman cares. He is able to make the hard calls, but at the same time we see the toll it takes on him. Batman is a much richer character with Tom King at the helm.

Of course, the assembly of the team is definitely the fun angle of this entire book, along with reminders why we love Batman’s cavalcade of villains so much. 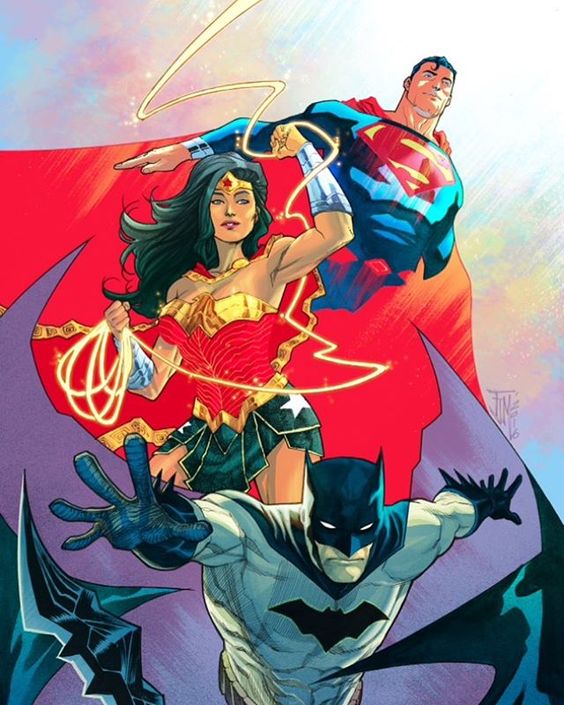 Frances Manapul gets to have a lot of fun with this title. Imagine taking the top three recognized names in DC’s stable of characters and creating a story with them and the sky’s the limit.

Yeah, Frances is having a lot of fun with this trio and it shows. It’s pure creativity unleashed and at the same time delivers a respectful and reverential treatment of these timeless characters. Plus, it’s a chance to see more of Jonathan Kent and while fans regard Superman as the ultimate paragon of virtue, he had to get it from somewhere. The world needs more Jonathan Kents and that’s what Manapul delivers in this book.

Escape from Dinosaur Island, Part Two by Peter Tomasi, Patrick Gleason and Doug Mahnke is a testament to the enduring spirit of Darwyn Cooke.

Yeah – that’s it in a nutshell. I mean, it’s a beautiful comic that epitomizes what comics are supposed to be about: dreams. With the return of Captain Storm, I believed that was Darwyn in a timeless role that he would have loved playing.

Isn’t that a dream?

Darwyn shouldn’t be gone – I think that anyone in the comics industry, or anyone who knew him for that matter, would agree with that sentiment. But I want to read about a world where dinosaurs still roam the earth, a ten-year old’s dad can fly and Darwyn Cooke leaps from the beyond with a machine gun in hand, blazing away at monsters in his path. I think that’s how we want to idealize him.

… and this comic does that. I don’t know what inspired this wondrous read, but I sure as hell want to talk to Tomasi, Gleason and Mahnke and delve into the depths of the process that they underwent because this is passionate comic creation with a righteous origin story of its own.

That’s why it’s the Pick of the Week – again. I don’t think there’s been a title in the history of this column that has ever achieved that status, but I have to state that this comic is based in nobility, honour and fidelity and it deserves it. Darwyn’s loss is a heartfelt one and this comic is a loving tribute to a treasured creator whose memory deserves to go on, and this book should be recognized for that effort.

That’s it for another week. Very little to offer in criticism – thankfully! After all, nobody likes it when the teacher delivers bad news, am I right? However, it’s always the ambition of the teacher to celebrate student achievement. This week, there were some great stories and that makes me look forward to what the next week will bring!

Pick of the Week: Superman # 9