Adversity is the theme for this week’s review. It’s in everyone’s lives, to be sure. We all handle it in different ways, But the great things about reading other accounts – even fictional ones – help us to deal with them by seeing other people’s solutions. The visual nature of comic fiction not only allows readers to read about these accounts but also to see them. Let’s get to the list. 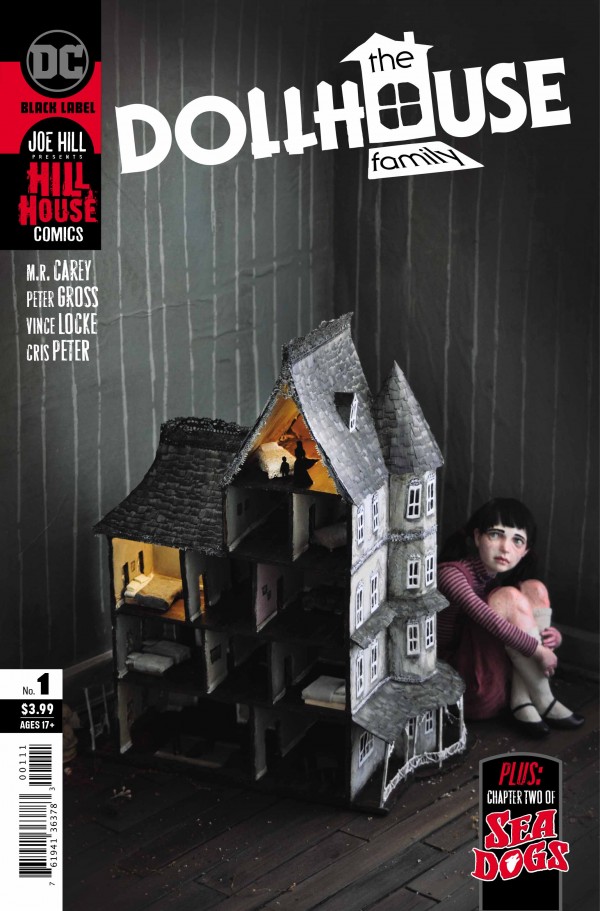 From Joe Hill, Mike Carey, Peter Gross and Vince Locke comes this tale of a little girl’s living doll house. To be sure, the title telegraphs a bit of the nature of the story, but what I really liked about this story is the overt nature of the real horror of domestic violence in this little girl’s life and how the frightening aspect of a toy with sentience seems almost a comfort in comparison to the threat and daily fear of a supposedly loving parent’s violence.

It’s the fact that little Alice embraces this lesser of two horrors that is really unnerving though. The way she deals with the adversity in her life is to reduce what she deems to be the lesser of two horrors. The House becomes trusted in its novelty; it offers respite and comfort from the daily horror that threatens her but is visited upon her mother. It is a truism in children’s lives how they are able to triage these terrors and deal with the lesser one.

That’s the real horror. The art is reminiscent of the 1980’s Hellblazer title drawn by John Ridgway and serves well to reinforce this book’s creepy aspect. It’s definitely a winner and anything associated with Joe Hill is one I’d like to pick up. I enjoy Joe Hill’s comic work and the second chapter of Sea Dogs by Joe is also a bonus that must be read. 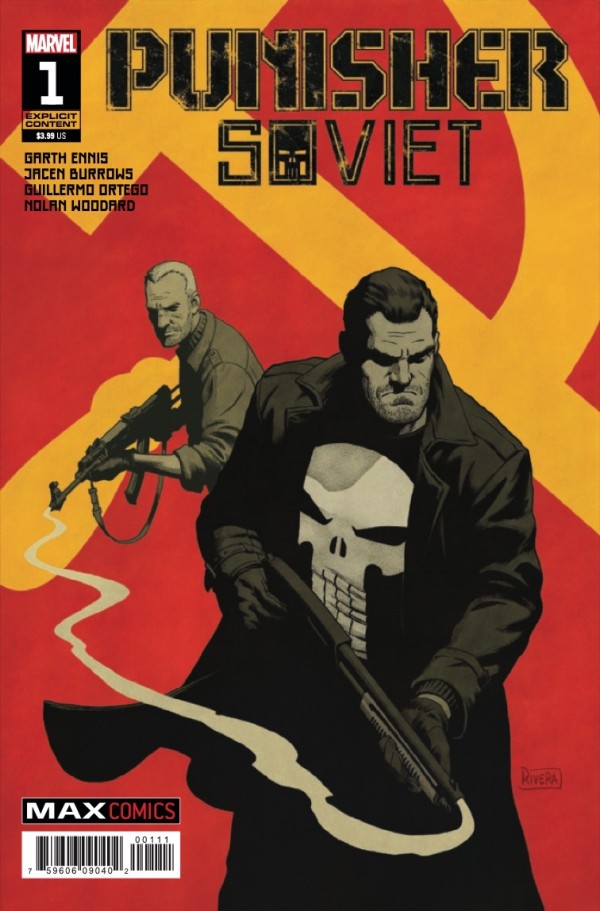 From Garth Ennis and Jacen Burrows comes this story of the ultimate icon of adversity, the Punisher! But this time he finds himself in the nation that defines adversity and seems to enjoy doing things the hard way – Russia.

Ennis is a military buff. His awareness of militaria, weapons, tactics and whatnot all lend themselves magnificently in bringing Frank Castle back to the world of soldiering and tactics in his one-man war of vengeance on crime. While I always enjoy stories of this character’s resilience and unwillingness to say die, Ennis definitely has the right perspective on the Punisher.

But what if someone copies his methodology in other parts of the world? Yeah, sometimes the best way to deal with adversity to see what someone else is doing and copy them.

Jacen Burrows’ style is bold, brutally stark and completely blunt; it’s exactly the type of art that would support a character like Frank Castle.

I wish that there had been an acknowledgement to Matthew Rosenberg’s previous run on this character, but you can tell from the onset that Ennis has a completely “non-super” approach to the Punisher. I can’t disagree with it but it also gives Ennis a chance to bring the full weight of his military knowledge to bear. I really enjoy how Ennis shares Castle’ tactics in action with us as his inner monologue describes what he is about to do. It’s a technique that allows the reader in on the action as we ride shotgun with the Punisher. It’s very accessible and this is a comic totally worthwhile adding to the pull list for this week. 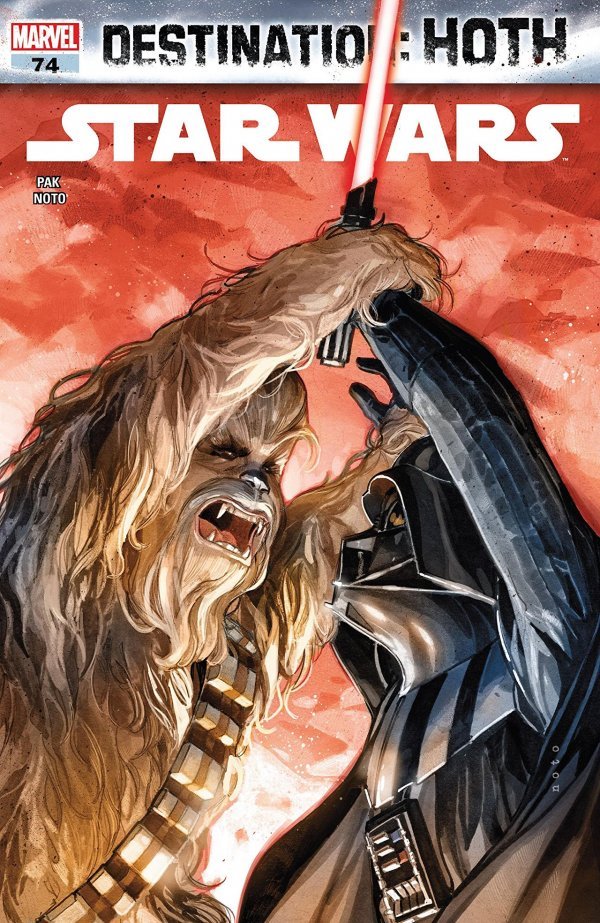 With the release of Disney’s “The Mandalorian” this week, it’s hard to include this to the list of comics to read.

I’ve always loved the heroic and romantic approach to adversity: regardless of how many odds are stacked against you, the best way to deal with one’s opposition is to tackle it straight on, as epitomized by Han Solo’s famous quote: “Never tell me the odds.”

We are in Part Seven of Greg Pak and Phil Noto’s “Rebels and Rogues” and the action is coming to a close as the heroes on their different adventures manage to coordinate their different goals. However, even though the teams’ goals may differ in ambition they all have this reckless and daring attitude in common. Whatever the objective, whatever the numbers, the Star Warriors will hold nothing back in accomplishing it.

Phil Noto’s artwork is truly enjoyable. The likenesses are detailed enough to entertain even the most critical of fans, and it manages to capture that rebel outlook and attitude in its depictions of various stunts and combat scenes in the story.

The message that stands out is embodied in this line from Dar Champion: “Because in my long experience with foolish endeavours, sometimes the stupid thing is the right thing.” I can’t think of a better way to challenge what the world throws at you than that. 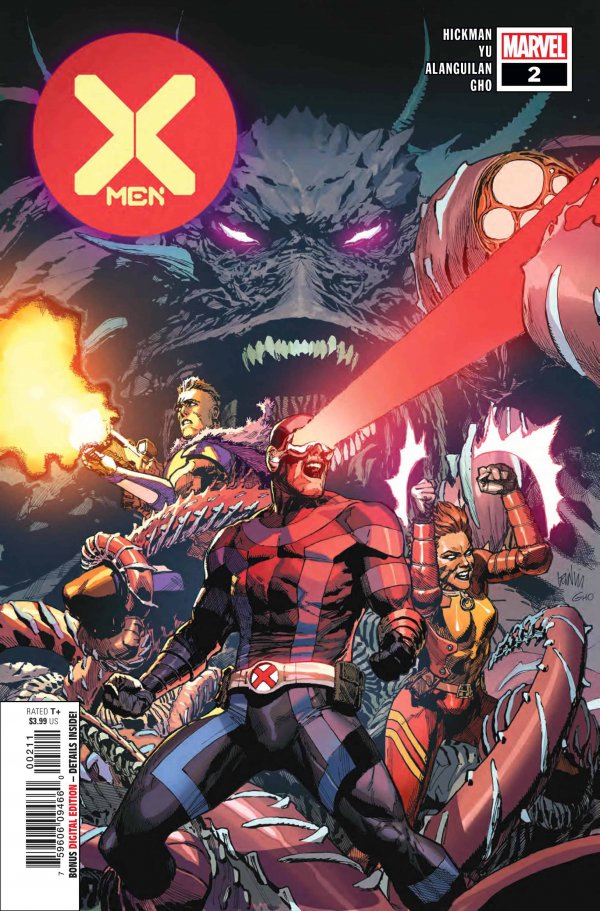 Jonathan Hickman and Leinil Francis Yu have added an extra dimension to appreciating the X-Men for the 21st century – a dimension that seems not just beyond this world, but beyond the traditional evolutionary way that we have seen the X-Men in the past.

In the past, the X-Men have always been seen as the next step in the evolution of humanity. Their struggle has always been on borne out of fear and ignorance, that mutants, or homo superior, will eventually mean the extinction of homo sapiens. This was partnered with the acknowledgement of racial prejudice in the 20th century and the source of their adversity was tied to racial quality and tolerance.

But Hickman has created a vision for mutants that seems to have something more advanced than just societal ills. He has a created a hidden history of the advancement of the world that speaks to a mythology that is almost Lovecraftian in scope. Mutants no longer have to fear extinction with the rebirthing capabilities of the sentient Krakoa and its willingness to serve as a home for the X-Men and their ilk.

In short, the X-Men never need fear death and are free to explore their own hidden past and the new place for them in the world.

It’s a convoluted and far-reaching ambition. To be honest, I’m not sure I fully understand it, but if there’s anything Hickman can do, it’s build a new history upon the old foundation of an old world. If you look at what he has accomplished with Image Comics’ East of West, or Marvel’s own SHIELD, it’s very easy to see similarities between those works and what he is building with the X-Men.

I’m always left awestruck after reading something by Hickman. While his own original stuff is inventive stuff that achieves a level of storytelling that goes beyond the typical realm of comics, his work with existent characters like the X-Men always sees a reinvention that becomes his own recognizable style. In short, Hickman breaks the rules of the previous characters and makes his own.

For instance, in his X-Men, there is no thought to previous relationships, the deaths of characters have been made pointless now that they can be brought back by Krakoa, and, in perfect homage to the work of X-Men creators in the past, they all seem to be the X-Men of the eighties when they were at the height of their popularity.

All of these things exist because Hickman simply wills them to be. To have a vision with that type of scope is truly inspiring.

Yu’s pencilling has always been dynamic and action-packed. It’s the type of art that matches the pace of the storytelling and in Hickman’s case, he is definitely trying to cover a great deal of material within a limited number of pages, which accounts for all the tie-ins with different titles.

Yeah – there’s going to a massive hardcover coming from Marvel about this new reincarnation.

Returning to the notion of adversity, I have to appreciate Hickman’s way of dealing with the problems that have plagued various imaginings of the X-Men in the past. Simply put: he got rid of the problems that plagued the comic and started afresh.

To quote Mr. Miyagi, the best defence to a punch is to no be there.

X-Men #2 is the pick of the week for this week’s review. Like Alexander the Great’s solution to the Gordian Knot, Hickman simply changed his perspective on the problem and rewrote the X-Men’s history so that new stories can be created. In essence, he just got rid of the conditions that created the adversity in the first place.

Here’s hoping your own adversities are easily dealt with. Until next week.