The American election made for a light reading list this week. After all, it’s hard to read comics when reality makes for more fascinating story-telling than fantasy. Here’s the list we’re looking at this week.

Before I get to the choice cut of comics for this week, I want to make sure that The Fuse #23 gets an honorable mention. This has to be one of the most original stories out there. It’s funny that there have been crime dramas in space titles since this book came out but to me, this was the first and imitation has to be the sincerest form of flattery. 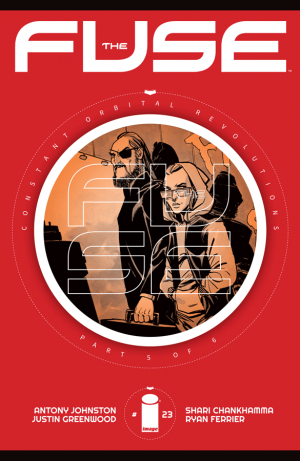 I think it’s the grittiness of the characters that really appeals to me. They are older characters of pioneer stock who originally settled the Fuse. They were there for its construction and cops like Klem not only know their jobs but their history as well. It’s a great dimension to a cop story and the fact that it’s set in a conceivable near-future environment, well … it’s a sure bet that this is a book that’s set for a television series. In fact, I’m hoping that either Anthony Johnston or Justin Greenwood will email me immediately with the caps locked question of HOW DID YOU KNOW in the body of the message.

The pick of the week goes to Star Trek: Boldly Go #2. 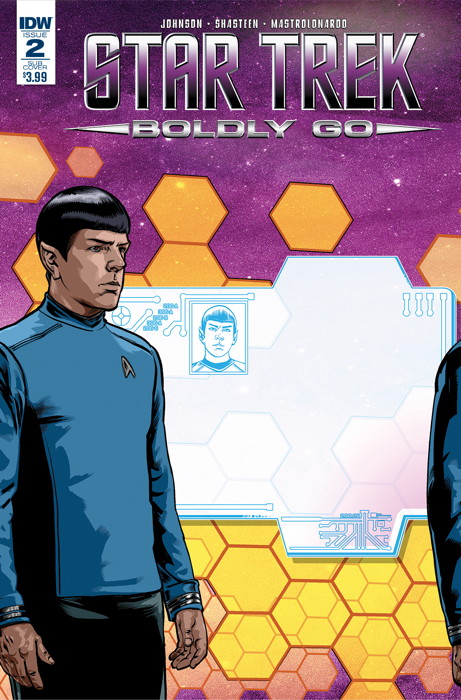 Out of the four variant covers IDW has commissioned for this book, I’m going with one of the subscription covers that I particularly like. The paper doll variant is an odd but likeable cover, but I really enjoy Tony Shasteen’s work.

Even though I’m a TOS fan, I don’t mind this book so much. I think for that fact alone, this comic needs to get some recognition – as that is truly a feat of great achievement.

I have to remember that as I get older, these characters that I love remain immortal, but their representations may change with every new generation of talented creators. Growing older sucks but these stories also have to grow.

Abrams’ treatment of Trek remains highly controversial but the Kelvin Timeline was the best way to reconcile both types of fans. Rather than maintain the schism, allow for them both to exist within the concept of multiple timelines. That allows exceptional talents like Tony Shasteen and Mike Johnson to have the freedom to create stories within this new iteration of Gene Roddenberry’s creation.

It’s the different tweaks and twists that Johnson brought to bear on this issue that caught my attention. It was worth picking up and makes me glad that that even a die-hard dinosaur like me can get at least some sort of limited enjoyment out of J.J. Trek!

Who knows? Maybe that type of thinking will extend to the new American government in January?

… Or is that too much fantasy for one to take?