Did you ever look forward to lifting the Chance or Community Chest cards when you played Monopoly? That’s what this week’s big list is like. Lots of number ones from Marvel and a new title from Image. I liked those cards – it was an act of random discovery; something to shake the routine up a little, even the routine of playing a game.

Sometimes readers look down on a prolific amount of number one issues. It used to be that number ones had that extra status of collectability and were instantly worth something. Not so much these days, especially given that the big publishers have been pumping out new first editions almost every month. Still, I don’t mind it as much as I like seeing something new and maybe there’s the chance of it being a great first-time experience of reading what will become a really great comic.

That’s the thrill I’m looking for in a new first edition. 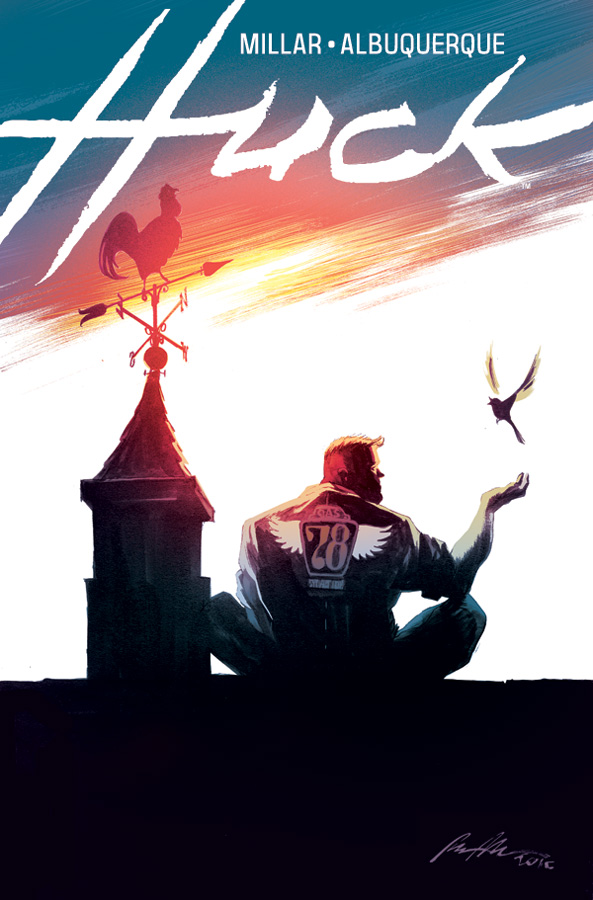 Oh, wow … what a nice feeling you get when you read this. This is such an innocently sweet comic and it’s a bit of a departure from Millar’s usual faire and, respectfully, unexpected. Wouldn’t it be great if there was someone out in the world who could fix our problems? With no expectation of recompense… that’s what Huck is about. Minimal dialogue but that’s not a bad thing at all. The concept is just so feel-good that it had to be a definite mention in this week’s review. 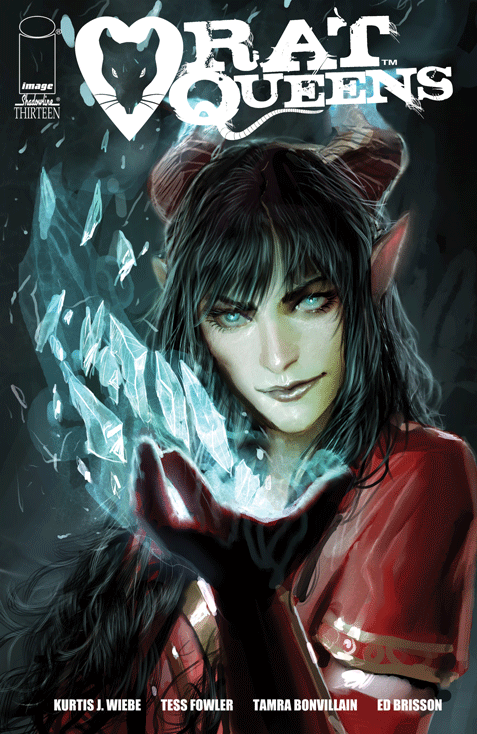 Good issue – a great return back to the original fantasy humour that made me enjoy this book when it first came out. There is a plethora of plotlines in this issue which makes it not only a treat of potential avenues of story exploration but Wiebe also seems to have recovered the humour timing that was missing from the last issue. Tess Fowler’s art was really stunning and is definitely a welcome fit for this book in my humble opinion. It was great to laugh at this book again.

I was of two minds after reading this issue. Of course, I was really interested in learning more information about Reyn’s intangible companion, Fate. The more answers – the better the world-building. However, what was disappointing is that it didn’t really change anything. In fact, there didn’t seem to be any resolution – in fact, it was pretty anti-climactic. Where does the ark ship go from here and now that we know pretty much everything about it and its passengers? Is this the end of the book? I have to say, I really didn’t feel any need to continue buying it after this issue, which is a shame. 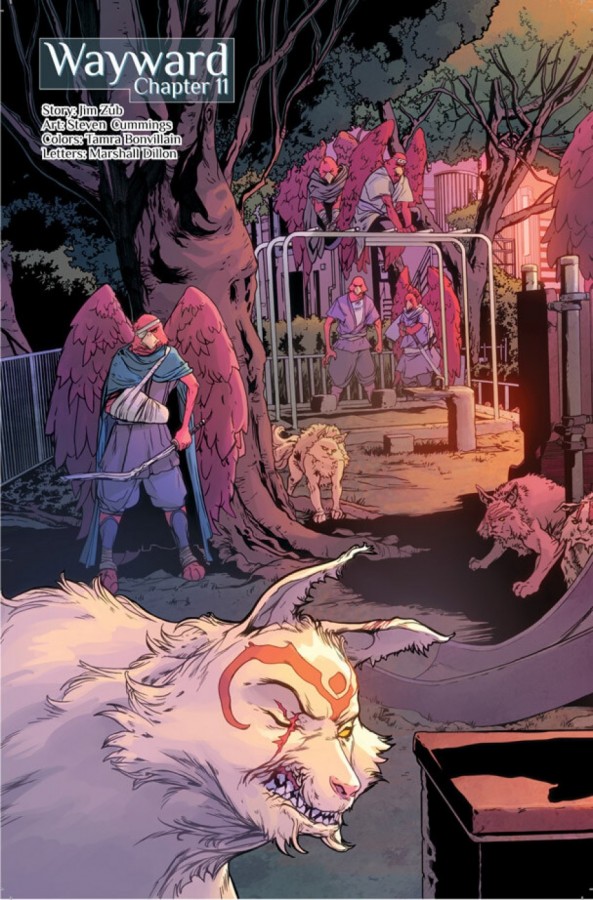 After meeting and speaking with Jim Zub last week about the publication of the first ten issues of this comic in hardcover format, I was really impressed with the nature of this story. It’s not a manga – just stating that right now. Rather it’s a North American story of mythology interfering with regular existence but it takes place in Japan.

Known for its jarring openings every time a new arc begins, this one is no different. With its focus on one of the yokai, this issue really takes you by surprise and forces you to read the storyline from another and surprising perspective. The storytelling is superb and Steve Cummings’ art is wondrous to behold. With the beginning of a new story arc and the compilation of the last 10 issues all in one neatly packaged hardcover, this is a good time to jump into this story.

… And that’s a wrap for this series. Interesting how the last issue was a little dull, but this final one made up for it. Of course, that’s in complete agreement with the novels. The penultimate chapter was always a little slow but the final one always tied everything together; which of course, is Dirk Gently’s theory of interconnectivity, right? It was a decent story and overall proved fun to read. 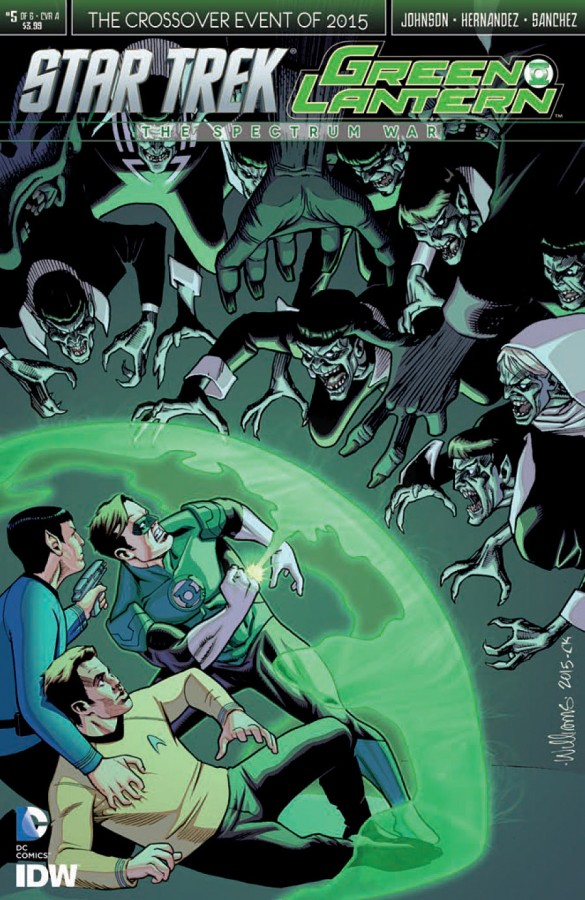 There was a lot of action in this issue. It’s a really nifty idea and Kudos go to both DC and IDW for melding these two properties together. In fact, I’d have to say that this is my favourite of the IDW Star Trek mash-ups. Green Lantern has always been one of my favourite super-heroes too, so to see Hal Jordan take command of the Enterprise was definitely a lot of fun. However, it’s the surprises in this issue that really made it for me. Keep an eye on this one. 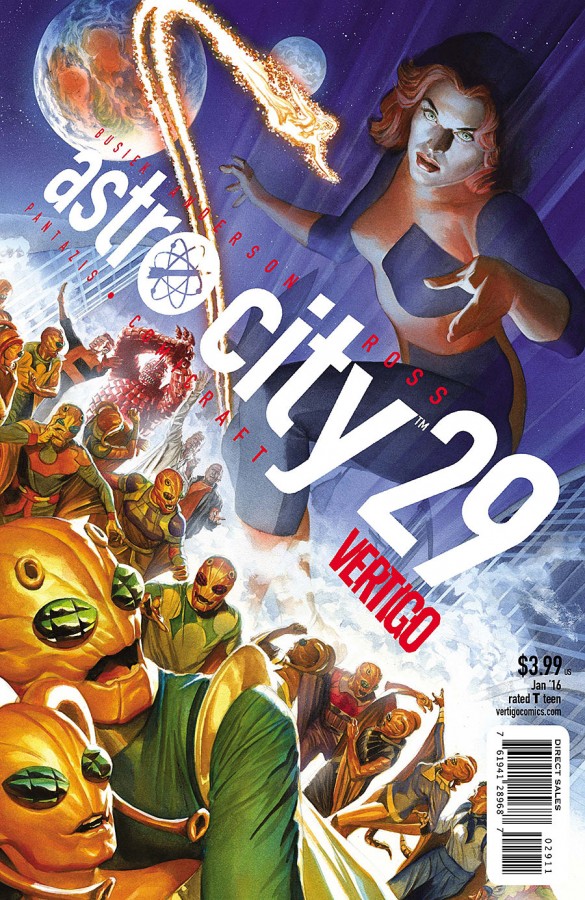 “The Menace from Earth” was certainly a fun read. Not only did Brent Andersen manage to channel a little bit of 60’s Kirby, but it was refreshing to read a story from a perspective other than a budding or jaded super-hero pondering his or her responsibilities. Busiek’s portrayal of the hive aliens and their way of life was a welcome change from Earth’s super-powered society and I’m really looking forward to picking up to the continuation next issue. 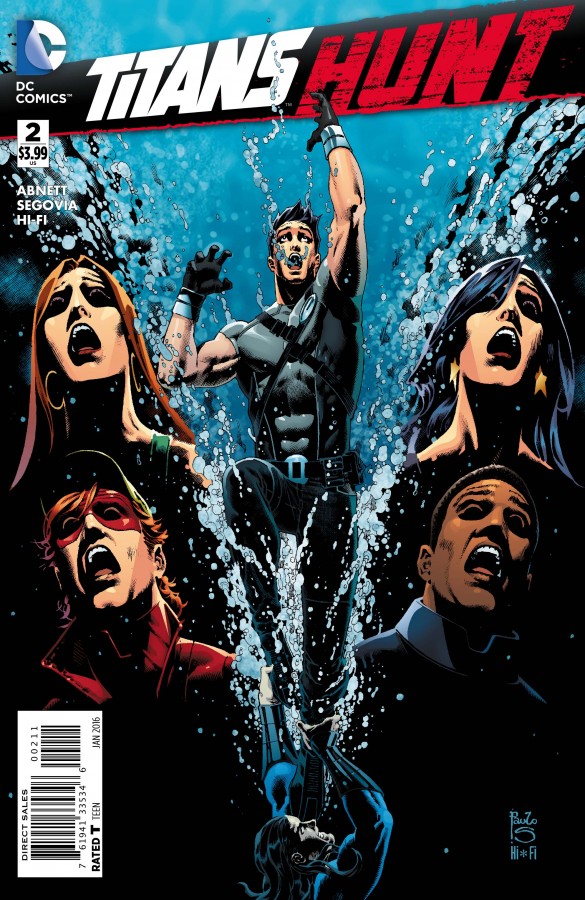 Okay – I’m really starting to get into this book. Not only does it tease the reader with hints of what you already know about these established characters from the past, but it also dangles the promise of an unknown foe lurking in the shadows, waiting for when these heroes actually get their acts together and form a team. This one is expertly written by Dan Abnett and I have to say it’s got my attention.

I’m a big fan of Dale Eaglesham’s work – great to see him pencilling interiors. His art is just what comic art should be.

This was an enticing issue. A mysterious cult, mystical pillars and a whole lot of intrigue for the team to figure out. This story had the right mix of humour, action and character development. I really enjoyed it. Etrigan is always a welcome character in any story and the humorous downplaying of Felix Faust was perfectly spot-on. 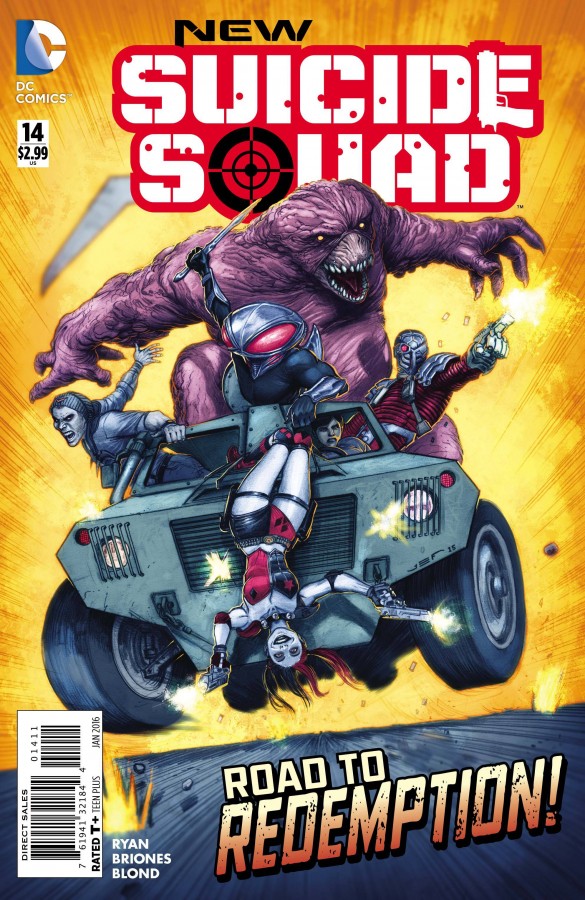 Amanda Waller – the new, toned and combat-ready version that is (I’m still stuck on the 1980’s-1990’s rendition of this spymistress) – just went dark and the Suicide Squad think they’re free

I have to say, I was not expecting this to be a good issue, but I really enjoyed it nonetheless. I loved how Waller managed to demonstrate her hold over the group but in a way that they are not only forced to obey her, but also out of respect. She holds her own in this story and with good reason. Lots of spy intrigue in this one. 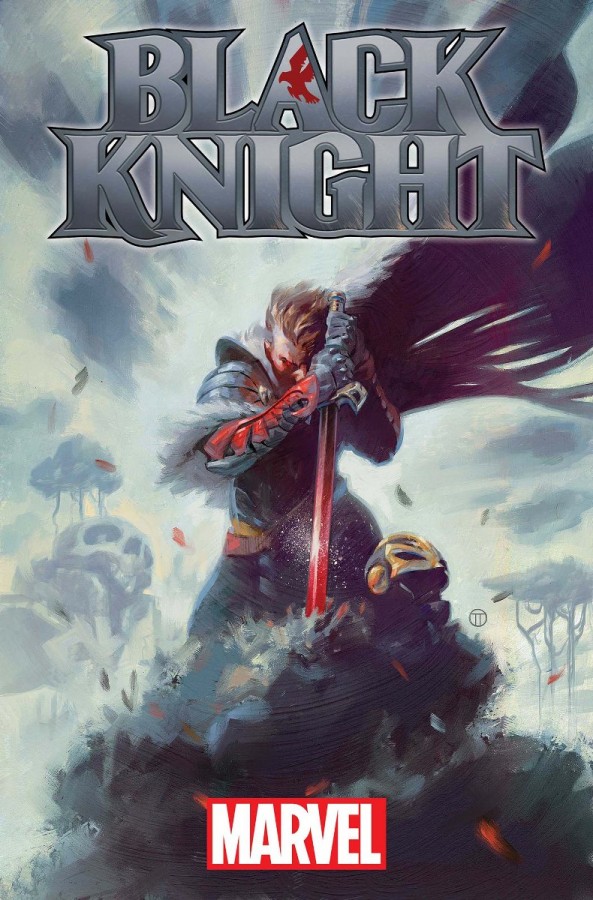 Here’s the element of chance I was talking about earlier. Written by Frank Tieri and drawn by Luca Pizzari – I already felt a little nervous opening the pages on this one. I am not overly familiar with the work of these creators.

I can’t say I was overwhelmed.

Well, I think the problem is that I’m not the audience for this book. But then again – is any of the regular Marvel readers the target audience for the Secret Wars/Weirdworld/BattleWorld frame of existence that Marvel is in? There’s a half-cocked approach to reconciling all of the stories within this new milieu and I have to say that it’s either confusing or it completely discounts the support of these regular fans by introducing something completely foreign to the characters they’ve devoted themselves to.

Dane Whitman is the same cocky character I remember from the Buscema run on the Avengers but being a lord of one of the realms of Battleworld just doesn’t seem right. I honestly wish they’d finish off this event and move on. 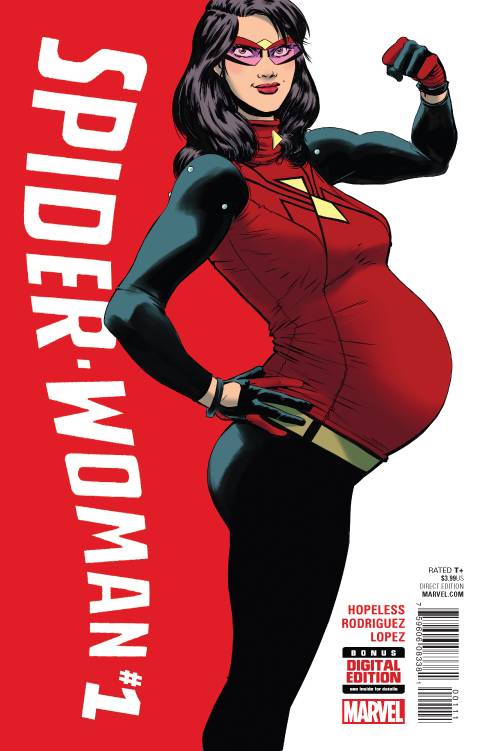 Yeah … not my cup of tea. Sorry – I want to see Spider-Woman, not Spider Womb. Or Spider Mum. Spider Maternity Leave? Really? This was thought to be an inviting and exciting re-introduction to Jessica Drew?

I’m a father of two and quite frankly, comics are to be my escape, NOT a reminder of the routine that involves parenting. Sorry, but I want to know who was the creative genius behind this one because I have never been so turned off by a comic since Captain Carrot and his Amazing Zoo Crew.

Just nothing short of brilliant. But with Jason Aaron at the writer’s desk and Stuart Immonen pencilling, would you expect anything less than amazing? Just beg your comic store to take your money. 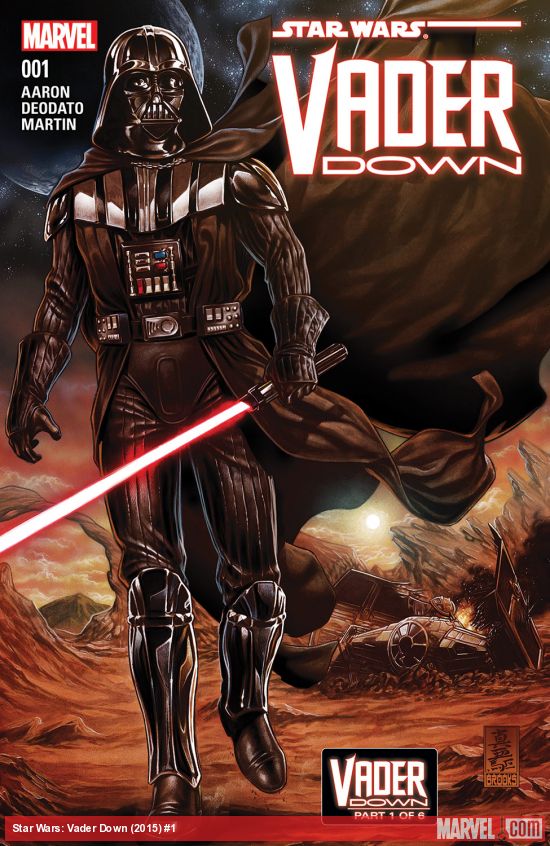 Now this one really had me curious. The Darth Vader main book is awesome. It’s great to see Vader struggling to regain his favoured position with the emperor after the loss of the Death Star, especially with all the competition that’s been crafted to challenge him. But how low can Vader sink?

Well flying his advanced TIE Fighter into three squadrons of X-Wings is a good start. Wow … what an awesome start to this series. This was definitely the best read of the week. A beautiful segue by Jason Aaron from Star Wars #12 and Darth Vader #12, this comic not only shows us the full power of the Lord of the Sith but also provides greater insight into his determination to find his son. With Mike Deodato’s stunning art – just a perfect comic.

This book not only succeeds in being an excellent standalone book but it perfectly supports Episode V: The Empire Strikes Back. You know, in hindsight, wouldn’t be great if Marvel had been responsible for Episodes 1,2, and 3? Can you imagine the possibilities?

I was not expecting Star Wars: Darth Vader Down to be this good. But that’s the nature of chance, right?