There are some good titles this week. It’s a short list but that just gives me the time to focus more and give them their due attention. That’s the problem with comics: sometimes there are so many good ones to read – who has the time? Well, fortunately, you’re in for some excellent reading this week. Let’s take a look. 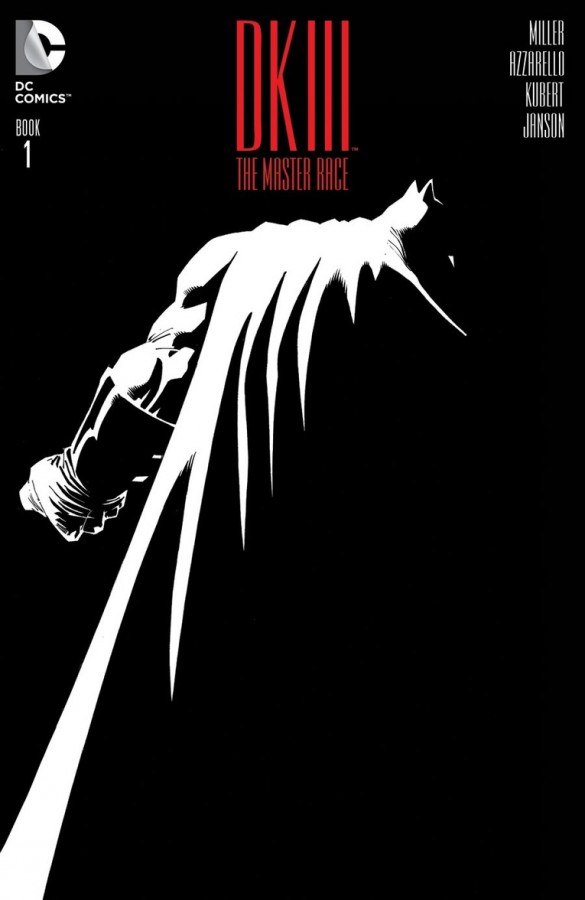 A real sinister title … I was definitely curious about what DC had in store for us – and if Frank Miller still had it, to be honest.

It’s physically heavy. I mean it – this is a thick book. With over forty variant covers, this is a mega-splash. It’s obvious that DC wants to bring their full guns to bear on this project. To that end, some of the variant covers include the talent of Darwyn Cooke, Bill Sienkiewicz, Walt Simonson, Neal Adams – and the list goes on.

What’s really startling is the avowed existence of the “Dark Knight Universe”. Of course, with all mucking about in the multiverse that DC has been doing, what’s one more, right? Still, the mini-comic inside this issue should really be read first – and what a cool concept.

Of course, like any other sequel, one’s expectations aren’t too high. However, this was very enjoyable. Andy Kubert does a great job with the pencilling but it’s Klaus Janson who really deserves the acclaim for making this comic take on the style of the original Frank Miller work.

It’s a good book that pays more homage to the second series than the first but still worth picking up and reading. I enjoyed it and it’s been a while since I’ve said that about a DC book. 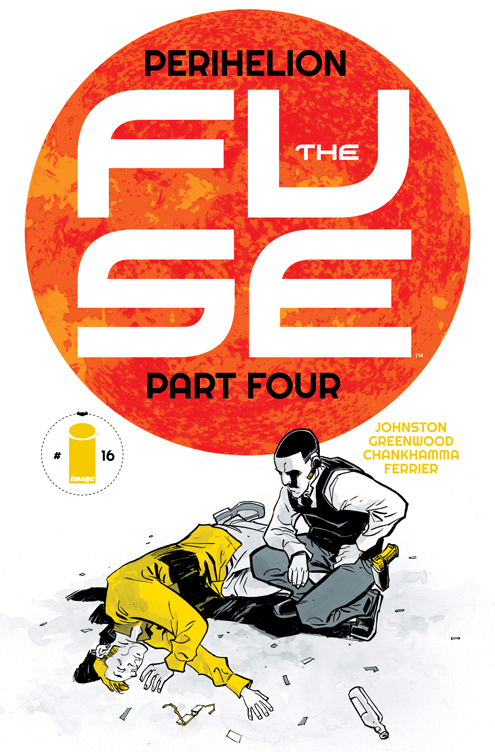 We continue the Perihelion story arc, and I have to say that Klem Ristovych is becoming my favourite police officer. Perihelion is the time when the space station – the “Fuse” is closest to the sun. Like a full moon on Earth, this causes an enormous surge in crime, forcing the station’s overworked and undermanned police department to work round the clock.

Ristovych moves form one crime to the next, solving homicides by the hour. The frequency of plot shifts in this arc is simply astounding and Antony Johnston really earns his pay for this arc. The pace is incredible and this is a book that has really become one of my favourites. 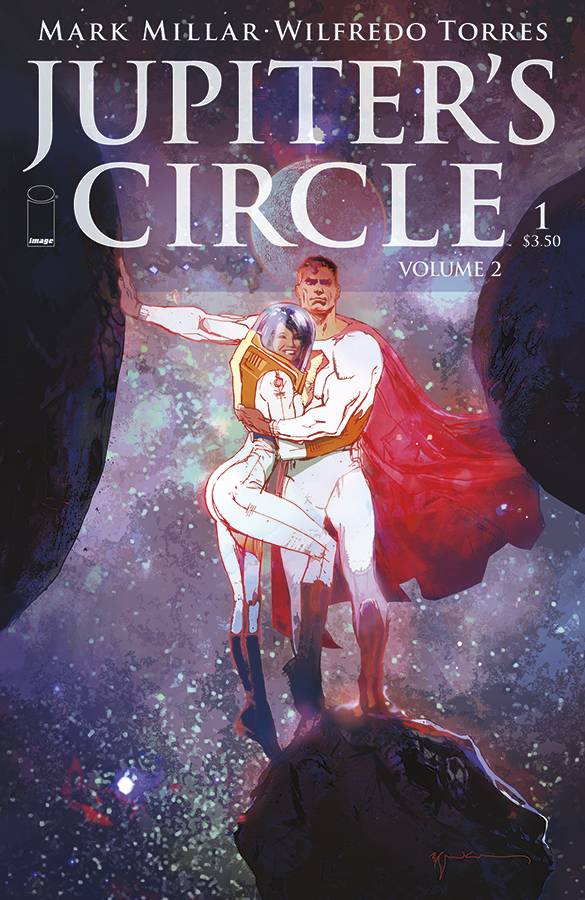 I actually wish that Mark Millar had started this series with these 1950’s incarnations of these superheroes first. I remember reading Jupiter’s Legacy – the aftermath of the work of the Utopian and his cohorts – and thinking, what a letdown.

However, Jupiter’s Circle has been a really good treatment of meshing modern societal perspectives with mid-20th century ideals and values. Add the dimension of the superhero to the mix and you have a truly entertaining and captivating storyline. I really enjoy this series and I have to say that this is the type of storytelling I enjoy from Millar. It’s honest, straightforward and focuses more on the characters rather than the spandex.

What’s even weirder is that the cover is by Bill Sienkiewicz … and I actually like it.

Only Fred Van Lente could warp your perceptions of the intricacies and convolutions of time travel and make a complete story out of all this chaos. I love this book when it first came out. Of course, the whole Archer & Armstrong universe is simply fun but Ivar takes it one step further and hyperbolizes the secret machinations of Illuminati-like organizations more by adding the dimension of time travel.

To be honest, there was a space of a couple of issues where I got a little bit confused and had to go back and piece the storyline together. However, that just goes far to demonstrate the sophistication of Van Lente’s writing. This is a comic that forces you to think and keep on top of the events – twisted as they are by the paradoxes of time travel.

It’s definitely a fun and thinking comic. Do yourself a favour and read it. 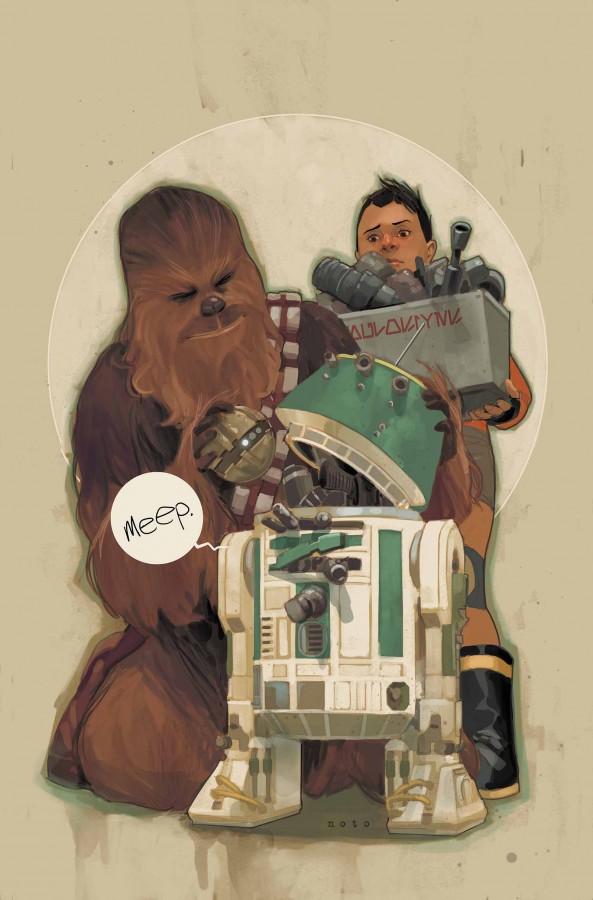 I’m not a Phil Noto fan. His technique is loved by many but for me, it’s too vague and undefined. I mean no disrespect – I just can’t get behind it.

The same goes for Gerry Duggan’s treatment of everyone’s favourite wookie. The problem with this comic is that Chewbacca isn’t a leading character; he’s a sidekick. That’s why the main character in the story, Zarro (probably the weirdest looking kid I’ve ever seen drawn in a comic) is the focus. But because she’s such an odd choice for a leading character, Chewbacca is unable to carry the story as the loyal sidekick. Of course, there is also an identity problem. Zarro doesn’t speak Wookie so the conversations are expectedly one-sided. But it’s difficult to insert any sort of relationship building dialogue when there’s only one character talking.

I don’t blame Duggan. To be honest, I actually think this is a pretty good job given the lemon of a concept he’s been given to work. Out of all the Star Wars books Marvel’s been selling, this has to be the least enjoyable and I’m genuinely sorry to state that. 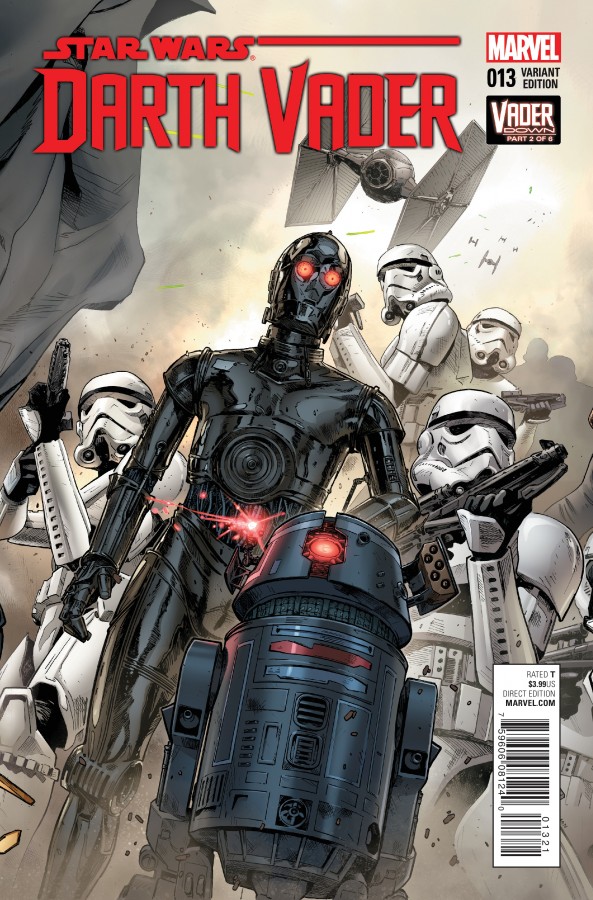 Now this, on the other hand, is a fine example of taking a main character and exploiting him, for all he’s worth. As a friend of mine said, fans never really get a chance to see how powerful Vader really is. What makes this story really great is that Vader is forced to fight for his own survival and in order to do so, we see the full power of a Lord of the Sith unleashed to wreak havoc on the enemies of the Empire.

The scene with the grenades? Sheer perfection of absolute villainy. “You will not be harmed” – yeah, pull the other pin, Lord Vader. Forget the love interest with Panda-Bear, Padme or whatever the heck her name is, this is the Vader that haunted my nightmares when he first appeared in Star Wars Episode IV!

What’s really great about this mini-event is that Marvel is timing the releases perfectly. Each issue of the various titles the “Vader Down” event is featured in are in near-weekly sequence which makes for perfect reading! It also makes it an incredibly cool warm-up event for the release of Episode VII in December. Seriously, Marvel has its collective thinking cap on for the way they are taking care of this franchise.

This is also why this is the pick of the week. Keiron Gillen and Salvador Larroca are in complete synchronicity in their presentation of one of the greatest villains in cinematic and literature history. This is an event that is thoroughly enjoyable and overshadows most of the comics I’m reading right now. I mean, who doesn’t love Star Wars? And the fact that Marvel is owned by the same company producing Star Wars just makes it the perfect mouthpiece to spotlight all the Lucasfilm properties perfectly. The “Vader Down” arc is no exception.

Like I said before: a quality list of comics for this week, but I can’t help but feel excited by the prospect of yet another week of comics to look forward to as well!