The greatest lies are the ones we want to believe.

That’s what fiction is: a carefully crafted exercise in willing deception. It takes a great deal of skill to entertain us with tales of make-believe and more effort than one would be willing to admit. A common misperception is that writing is simply an act that requires a tremendous amount of imagination and a great deal of time on one’s hands. All too often people are disillusioned from penning their own stories when they discover that effort is actually required.

Comics are no different, save that they entertain us for less time required than reading a novel or even watching a favourite 22-minute sitcom. There is still that willing suspension of disbelief, the brief escape from reality and the promise of the rest of the story to come next month!

Let’s get to the list and see what deceits have been prepared for us this week. 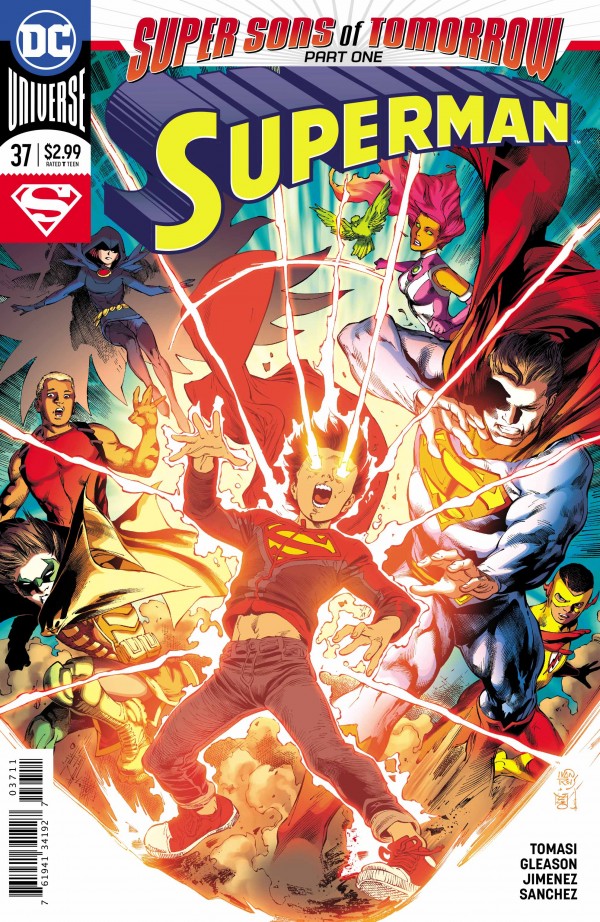 It still boggles my mind that I’m reading Superman on a regular basis again. I think the last time I regularly read this title I was about ten years old. But, good writing has drawn me in once more. This issue, written by Peter J. Tomasi and Patrick Gleason, sees the beginning of a new arc titled “Supersons of Tomorrow” and brings back Tim Drake from the alternate timeline where has been all this while.

I’m really enjoying Jorge Jimenez’s artwork. He brings accuracy and clean lines to his renderings of these perennial favourites and his work is greatly appreciated. It’s a wonderful way to mask such a proficiently woven web of creative lies. 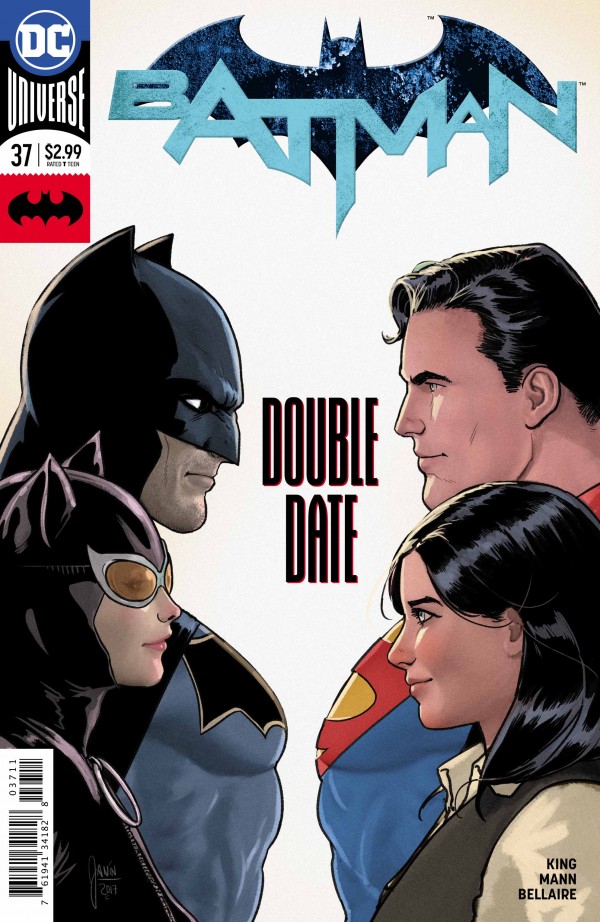 Oh my God – can Tom King’s work get any better? His storytelling has such a basic human foundation to it that it makes the characters not only more believable but endearing. I already love his interpretation of Batman, but his delivery of Superman is likewise appreciable. Props to Clay Mann for his exceptional work as well.

Part Two of “Superfriends” is a fantastic way to bring legends closer to life. Batman and Superman out on a double date with their respective better halves and it not only brings them closer to us, but closer to each other as Lois and Clark grow accustomed to the idea of letting Catwoman into their lives.

I don’t think there was a page where I didn’t chuckle. It was refreshing to see these two titans let their guards down, step into each others’ skins (literally) and just relate to each other on a personal level. Plus, watching Lois and Catwoman drain a flask together while talking wedding details was another personal touch that was purely entertaining.

Hell of a lie. 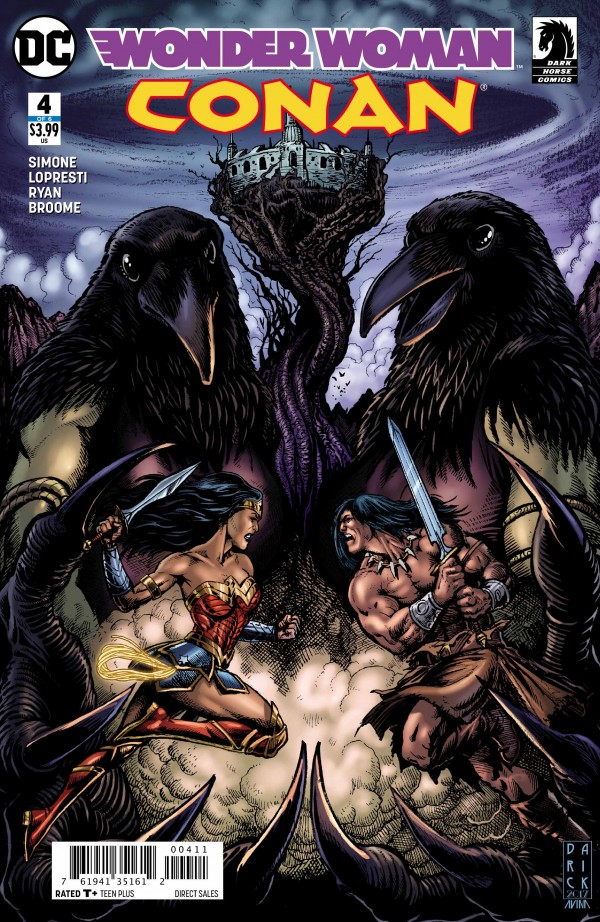 Actually, after meeting Gail and listening to her talk about writing fiction, it’s a glorious thing to see her put her theories become practice. Not only does she specialize in barbarians, but her efficacy in warrior women is also beyond reproach. This comic is a natural place for her talents to shine.

Though these characters are the creations of Robert E. Howard and William Moulton Marston, they might as well be Simone’s with the level of proficiency she brings to telling their stories. Aaron Lopresti is also a perfect artist of choice as he can render near-perfect depictions of both these legendary characters.

Wonder Woman has mythological origins that make her an excellent pairing with Conan. Though Conan’s backgrounds are pure fantasy, they are close enough to connect with Diana; particularly that her near-immortal origins could ostensibly lend itself to existing in a time long-forgotten to our world’s history. This collaboration with Dark Horse Comics was certainly blessed by the gods of legendary tales.

It’s fantasy through and through … and fantasies are the most colourful deceptions that we are eager to welcome. 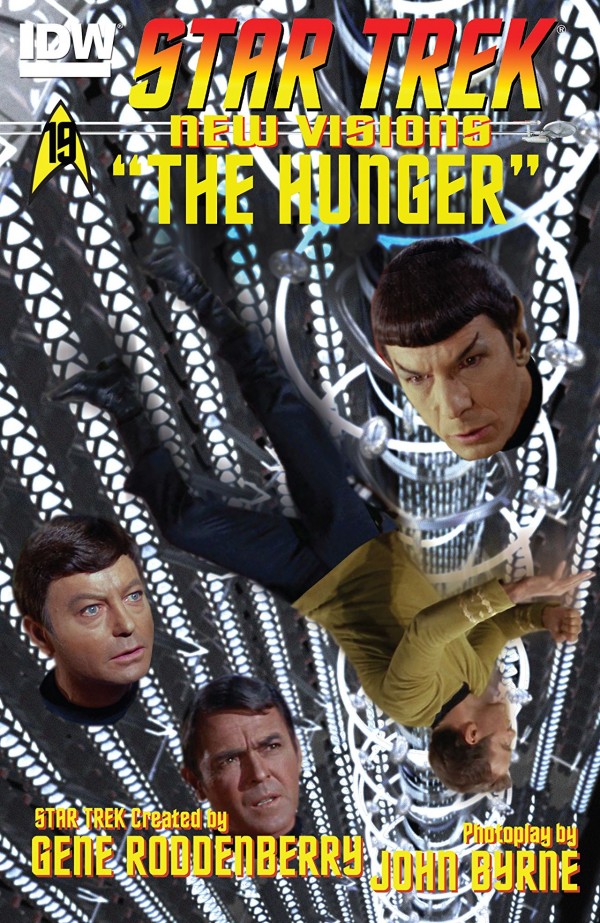 Titled “The Hunger”, once more John Byrne reveals to us a picture-perfect rendering of the possible adventures of the crew of the USS Enterprise.

This is a book in which we barely have to struggle to imagine. There is no work in conceptualizing the story – we know the characters, their backgrounds and are simply waiting to see what new encounters they experience on the remaining two years of the Enterprise’s five-year mission. Byrne’s use and manipulation of stock images of the cult phenomenon television show into new stories really saves his readers effort and allows us the pleasure of reliving the show in new stories.

There has been criticism of Byrne’s reliance on photographs and a curiosity about why he doesn’t simply just draw his stories like he used to. But I see the homage behind his efforts. Simply, this is probably the greatest tribute he can offer to the actors, artists and other craftspeople involved in the creation of this show. Using their original work and re-adapting it to the purpose of telling new stories not only keeps their work alive but also the original fabric of the show. It is possibly the greatest compliment one can offer to an artist.

Star Trek survives because of its enduring nature, but it also requires talented storytellers to continue the mystique and maintain the integrity of the illusion. John Byrne knows storytelling and he knows Star Trek. Having such a solid background makes this creator the best qualified person to continue the story in comic form.

His respect to the original show and his talent make him the best Star Trek illusionist to maintain the story. 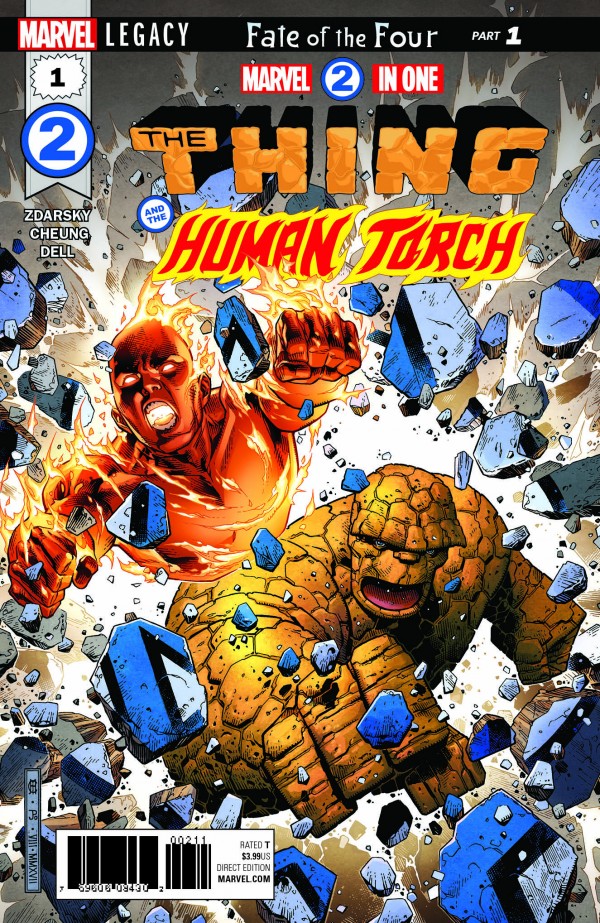 I had to take a look at this. With Chip Zdarsky writing and Jim Cheung penciling – it’s an awesome foray into potentially resurrecting the Fantastic Four. Could Reed and Sue still be alive? It’s a hell of a lie to begin a story with and it definitely rekindled the nostalgia of the old Fantastic Four adventures. The dynamic in this team is certainly reinforced with Ben Grimm’s “wallowing in the past”, which is a great place for Zdarsky to start.

I also love the fact that Marvel is starting up this title again. It was always a lot of fun to see adventures that were out of phase with the regular titles. However, it was also a hallmark of the Marvel bullpen of writers to keep track of the whereabouts in the adventures of these heroes. Jim Shooter told me that when I interviewed him a couple of years ago and it was a feature he was particularly proud of. I just hope that the Marvel of this day keeps to the same diligence. After all, a little bit of accuracy makes for the most believable of lies, am I right?

A couple of excellent fibbers working on this book. I think they’d be pleased with the compliment. 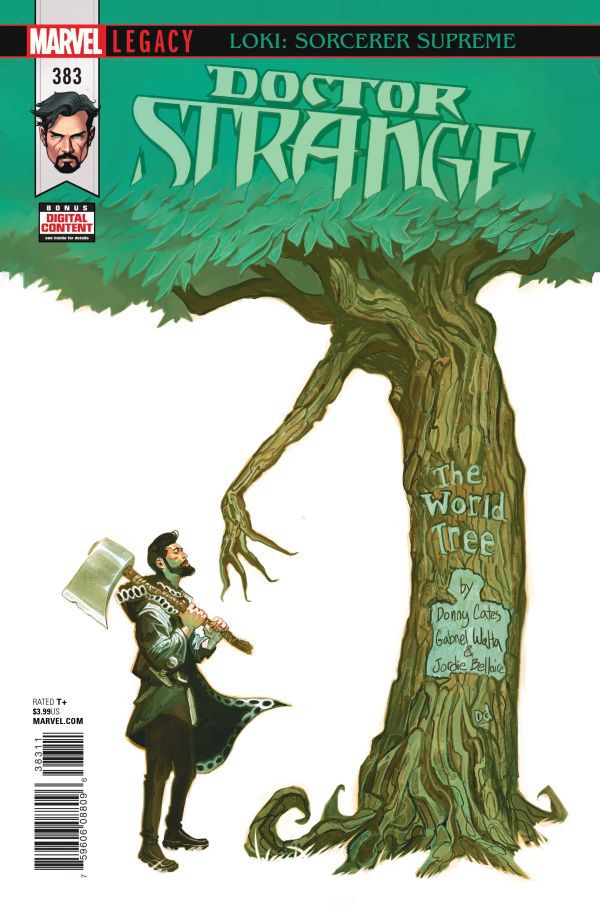 Part three of Loki – Sorceror Supreme and you want to talk about lies? This is a story that Donny Cates has truly shocked me with. Not only has he brought the Sentry back, but by the left hand of darkness, he has done even more and introduced a new level of Doctor Strange that I couldn’t have imagined.

Right … but I’m not as talented as lying as these guys – that’s why.

But in all seriousness, we see the God of Lies wearing the mantle of Sorcerer Supreme and Stephen Strange has been reduced to the status of veterinarian begging favours from Yggdrasil in Asgard. Oh yeah … Asgard. You have to see how Cates managed to work that into this brilliant piece of storytelling. It has pathos as well as a bit of hubris and I remarked to Donny last week how flabbergasted I was at bringing the Sentry back to an active storyline.

This is a brilliant piece of work that manages to re-invent Doctor Strange. This has become one of my new favourite books.

Which makes this the great lie of the week I choose to entertain. In other words, Doctor Strange #383 is this week’s Pick of the Week.

I’m just impressed by the sheer ferocity of Cates’ imaginative reach. It’s a novel twist on the story to include the other realms for Strange to draw power upon. While he may not attain the title of “Sorceror Supreme”, what hasn’t been asked is: does he need it any more? To be honest, that hadn’t even occurred to me and to a number of readers, I’d bet.

But bringing back the Sentry was bold too. With his near-unlimited power, the Sentry originally presented storytelling issues like how to stop him. The Void was brought as a check to his powers but only served to ultimately negate rather than limit. He needed a weakness to slow him down and that device simply didn’t exist. Cates brings up the Void and added a condition in that the Void only manifests when he does good deeds. Strange’s answer to that is that technically, they’re not trying to do a good deed. It’s a deft move and not only justifies the existence of the Sentry without any need to limit his power but also doesn’t detract the focus away from Strange.

This is a gifted writer who understands the natures of the characters he is writing and I’d love to pick his brain about his research process.

After all, knowing your subject material means you can make stuff up about it in a truly flexible and fluid manner.

This week, I have been lied to by the best.

… And I have loved every minute of it. See you next week.

Pick of the Week: Doctor Strange #383