We are two days before Christmas, and all through the house …

Nah – I did that last year.

Getting comics for Christmas; now there’s a thought. You know, it’s funny, but I’ve never received a comic for Christmas. Odd, I know. But at least I get the benefit of reading comics tonight – on holiday. So I suppose this could be my early Christmas.

The Rocketeer at War #1 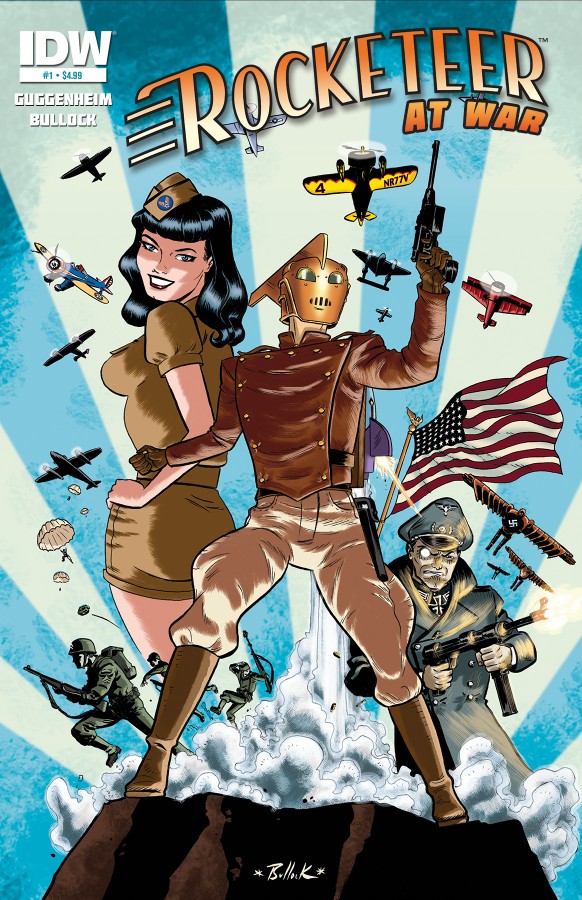 I loved it. Yeah – not a lot of mystery there, right? But who doesn’t love a pulp hero smack, dab in the middle of the Second World War filled with loads of timely references? Marc Guggenheim and Dave Bullock have definitely done due justice to Dave Stevens’ creation. The Rocketeer may have seemed a simple hero, but there’s a joy in that simplicity – an old fashioned one that definitely exemplified what makes comics fun. This rendition is no different. 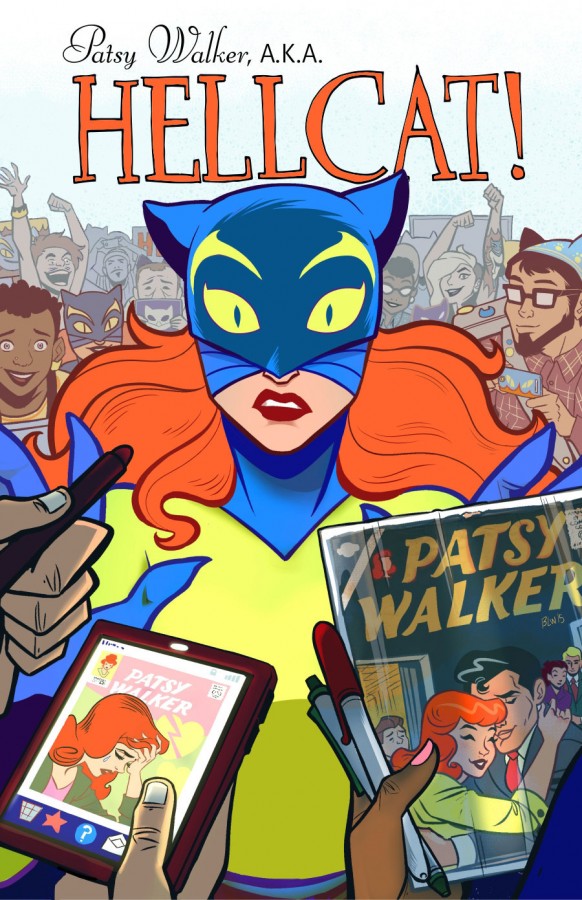 Well, the recent popularity behind Patricia Walker’s character in the Netflix TV show, Jessica Jones, it was inevitable that Marvel would find a way for this character to make its return to comics.

Five pages in and I couldn’t read any more.

It’s not for me. Where I love strong female characters that kick ass on the side of right, this was a book laden with sugary-sweet gal-pals who were looking to make the world a better place through moralizing and paying attention to everybody’s feelings. In a hero comic? Seriously? I don’t think Kate Leth’s modern perception of this historical character fits. Hellcat was a dark character – with a fury and a thirst for avenging justice. Leth’s scripting is more at home with the Babysitter’s Club.

Brittany L. Williams is the artist on this and her artwork is better suited for Archie comics. This is a teen book, based primarily around female characters. Even the clothing styles are reminiscent of teen girls and the cutesy cartoons that sporadically pop up. It’s clear I’m not the right audience for this book but I think the real problem is the disappointment Hellcat fans from way back will experience if they pick this book up and discover it’s a book aimed at developing girls. 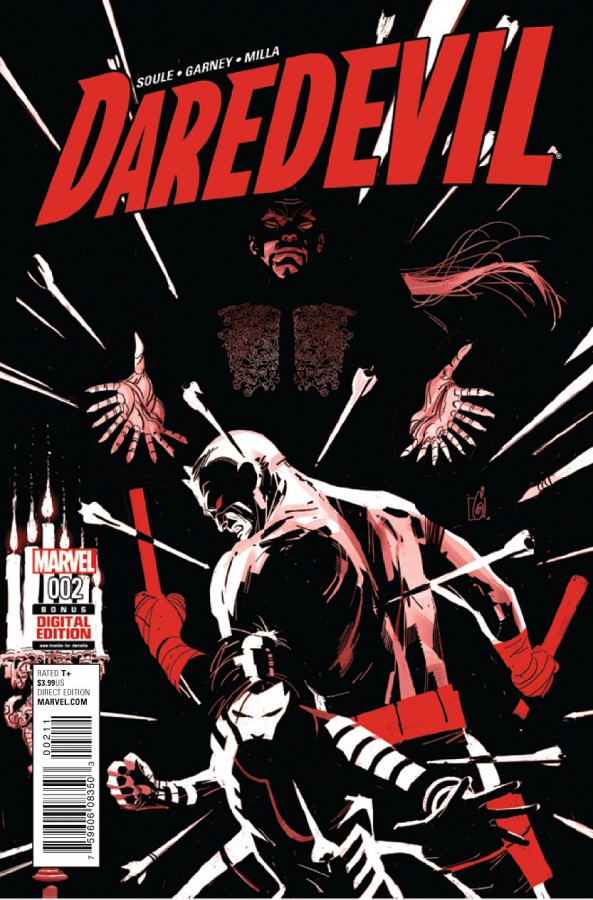 Not a big fan of Ron Garney’s art … but I have to confess, it’s growing on me. Charles Soule definitely has his finger on the pulse of an awesome Daredevil story here. Another confession: this was not my first choice, but a friend convinced me to pick it up. I can foresee this book being a regular occurrence on my pull list.

Both Garney and Soule are hearkening back to the legendary days of Mazzucchelli and Miller in their rendering of this classic Marvel hero. There’s enough of a difference to make it uniquely their telling, but this book is definitely Daredevil. With Murdoch on the side of the DA in his law practise and with Blindspot as a protégé, they definitely have a legacy worthy of the amazing tradition of this comic book. 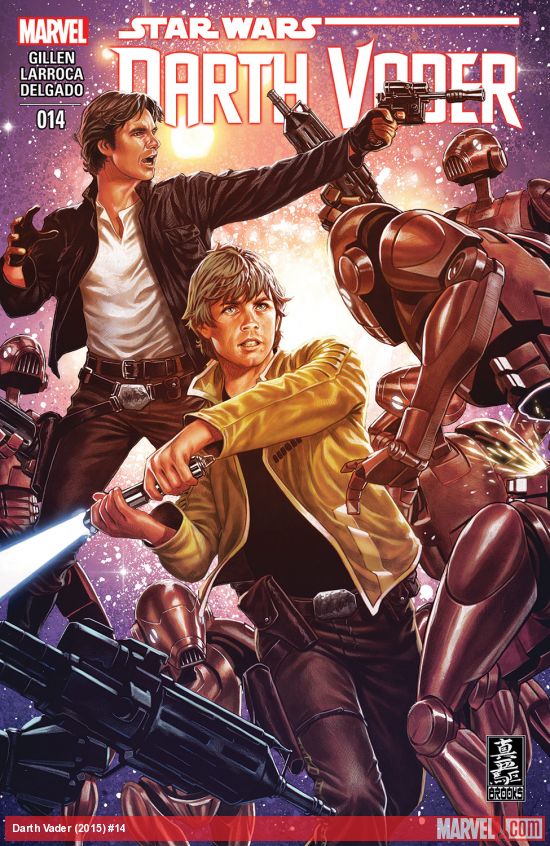 What else needs to be said? The combined powers of Disney, Marvel and Lucasfilm have created an incredible force (no pun intended) to be reckoned with and with the release of what is an amazing tribute to the Star Wars legacy (namely, Episode VII: The Force Awakens), this is a great time to be a Star Wars fan.

I’ve extolled the virtues of this book often enough that no more needs to be said. However, Leia’s encounter with Darth Vader, the inclusion of the killer droids – all new characters that add to the tapestry of this incredible series. Also, after seeing Star Wars last week, I can tell you the more Marvel does to add to the Star Wars canon that was removed, the better. There is a new generation suddenly hungry for this incredible film and they need to be fed. 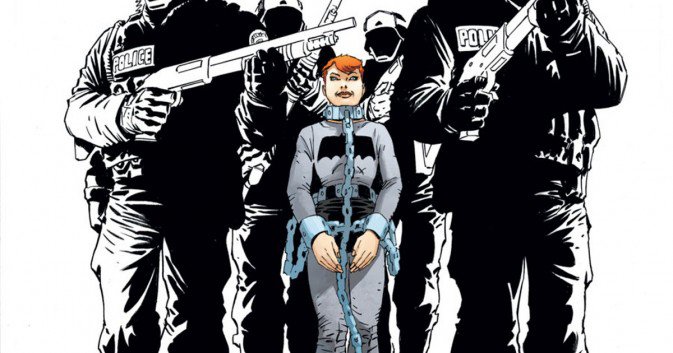 Wow … darker than its predecessors, that’s for sure. What I like though is that it isn’t an overwhelming darkness. However, the problem is that so far, we really haven’t seen very much of the Dark Knight. This is definitely a sequel but it’s one that threatens the devaluation of the main character.

The mini-comic is a really neat twist and the side-story it includes offers a really cool perspective to the main story. There’s just so much going on with this book that I just hope it doesn’t run the risk of over-complicating itself.

So far, it’s an enjoyable read, but this is only the second issue; they have a lot of opportunity to succeed. 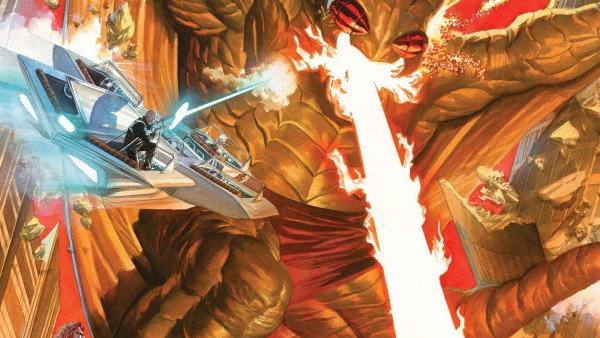 This was listed as one of PopMythology’s Top 20 titles of 2015 and for good reason. My question though is how do Kurt Busiek and Brent Anderson hope to top themselves issue after issue? Well, I guess if they continue to give us excellent stories that tag us emotionally then they do.

I liked the continuation of “Enemy of the Empire”. It takes a good alien story to look at the value of humanity. But I also felt the loss of family in this story and any comic story that can make you feel something poignant means it’s a good one. 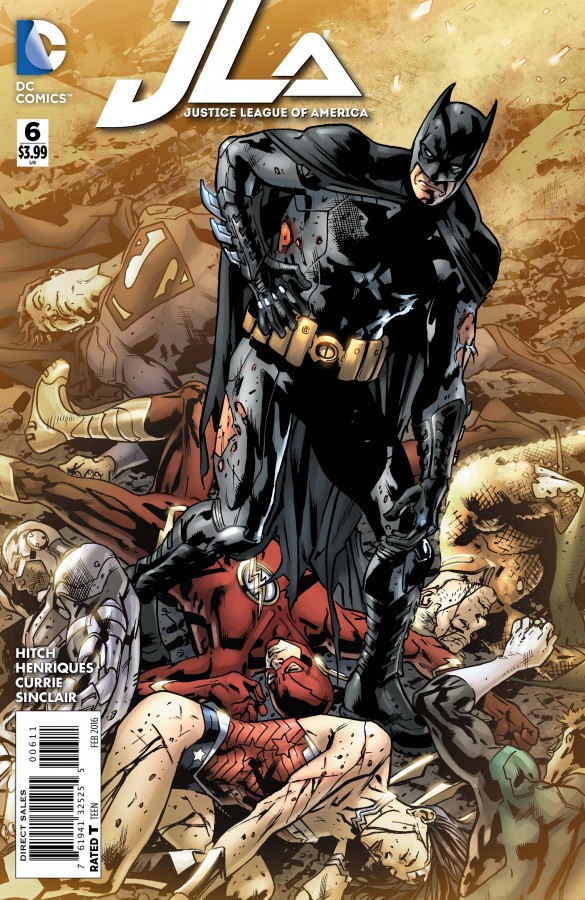 Oh right … wasn’t I supposed to stop reading this?

Why are men setting foot on Themyscira? Wait … won’t the Amazons lose their powers should that happen? In this story, the acolytes of Rao are attacking all sections of the globe, including the home of the Amazons … which should technically remove their powers? Now, maybe I’m just being a comic history nerd or was there something that happened during the various incarnations of the multiverses that I missed? Oh well, so much for continuity. 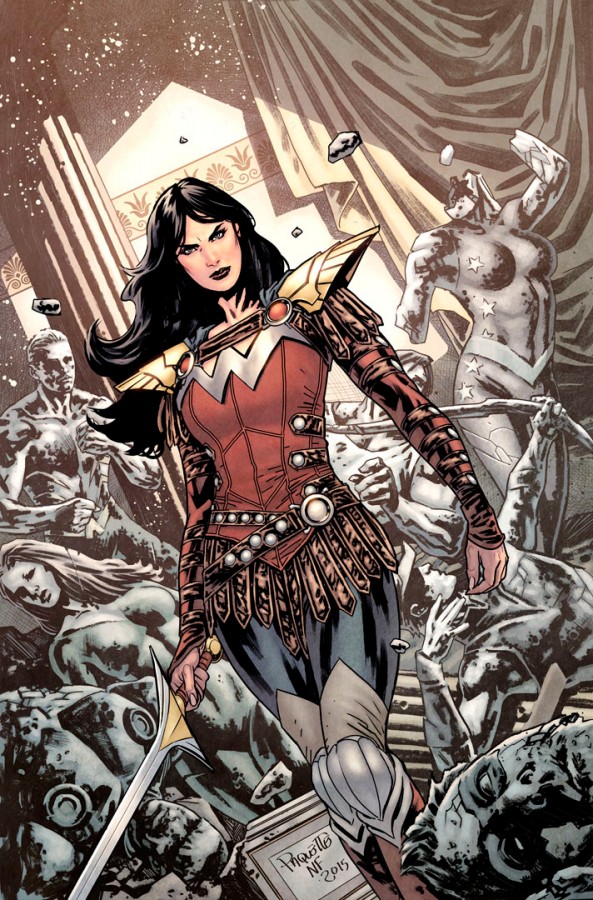 There’s an element of real mystery in this series. A smattering of the origin of the New Teen Titans from the 1980’s combined with the inclusion of the original Teen Titans from the late 60’s and 70’s make for a really engaging read. I’m drawn to this story out of nostalgia but I truly have a real curiosity about who is the mysterious force that both wants to bring the two teams together and why they seem to know each other.

Sort of a Tween Titans.

That’s Dan Abnett for you: mysteries abound in a lot of his works and this is no different. This is definitely a new favourite for me and the combined artwork of Paulo Siqueira, Geraldo Borges and Jackson Herbert really shine.

The choice of this week’s pulls has to go to:

As much as I’d love to give Titans Hunt #3 some well-deserved love, what I really enjoyed about Daredevil was the respect it gave to the hero’s classic age. Whereas there some differences – as stated – it’s the nod to the past that really stands out. It proves that you don’t have to change something for it to work.

Plus, Daredevil is one of those characters who really resonates what it means to be a hero. Let’ face it, no powers other than being able to “see” while blind. The message behind this issue is that it’s the character and the intelligence that a person has that make a hero – not powers. It’s a great message and it capitalizes on Matt Murdoch’s experience as a crimefighter. It’s a great story and one that really illustrates the historical values of the character.

For now, as we head into Christmas Eve, from us at PopMythology, have a happy holiday season and may all your comics be read.