This marks the last comic review for the year, but it’s been a pretty good one and I’m excited by the titles. A good number of them are from Image Comics. In fact, it’s pretty safe to say that Image has been responsible for a good number of the weekly picks over the last year.

Must be nice to have that association of excellence.

Actually, it would be remiss of me to refrain from pointing out Image’s consistent delivery of high quality titles. In our own list of top twenty titles, Popmythology chose half of its favourite comics out of Image’s catalogue. Top talent, artistic freedom and the vision to explore new frontiers in comics are all hallmarks of this amazing publishing company.

Thanks for a great year, Image.

Let’s get to the titles. 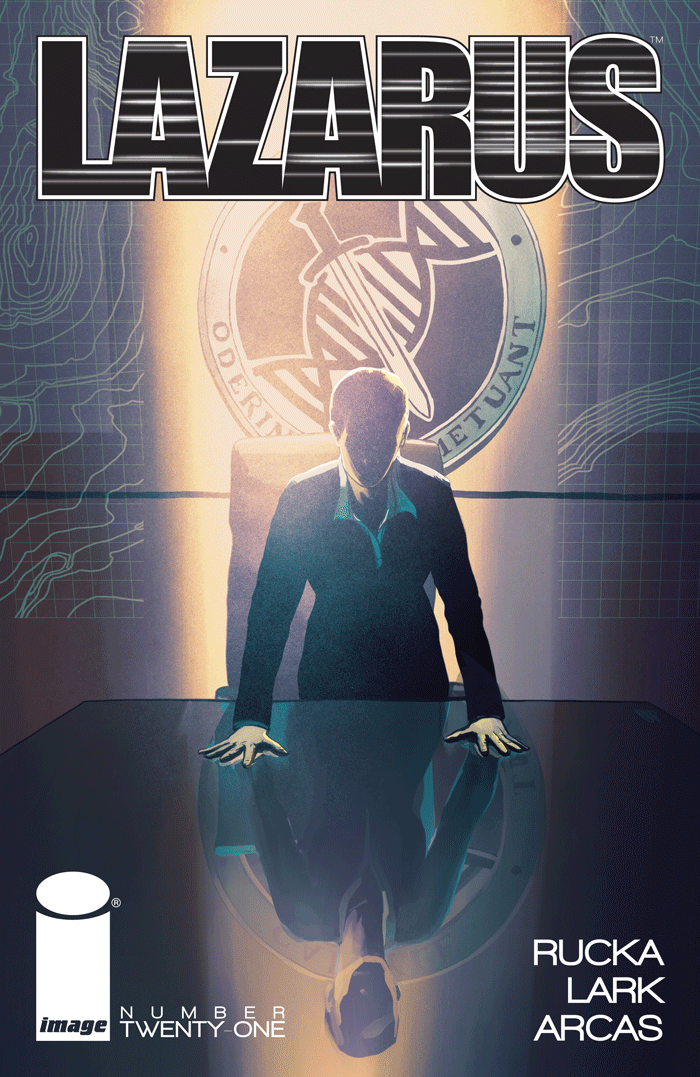 This story arc is coming to an end, sad to say. As much as I’ve enjoyed this military engagement, I was really knocked out by the surprise ending of this issue. Lazarus has remained my consistently favourite comic ever since its inception. If Greg Rucka and/or Michael Lark ever show up in my city at a con, I have a standing offer to take them out to a nearby pub for drinks!

I need to see more university prankings and hi-jinks! I’m starting to get into the Mage University arc now as I’m slowly being prodded to recall the trouble I used to get into at school. I prefer Stjepan Sejic’s work but Tess Fowler really beginning to grow on me. Who can refuse the charms of Betty? No-one, and Fowler really brings her to life.

The mark of a good comic is when one issue doesn’t feel like it’s enough. I definitely need to read more of Rat Queens. 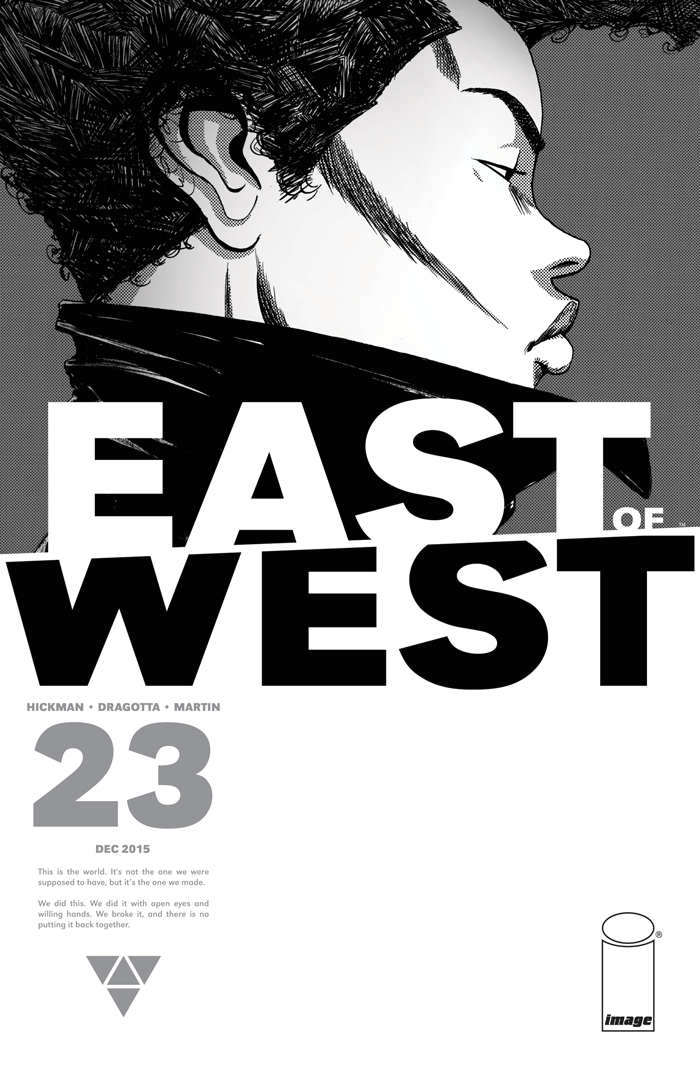 Unbelievable how Jonathan Hickman manages to continue to come up with layers upon unexpected layers upon revealing this world to us. Sometimes it’s all too much and every issue I expect to be the last because I have a hard time seeing where the next one will go.

I think it’s the scope of vision that sets this book apart from others. I don’t pretend to know how Hickman does it, but I’m content to simply watch the world he creates unfold.

It’s like an addiction. I thought I’d have to wait until the New Year until I saw the next issue of this incredible series. I reviewed the hardcover collection a few weeks back and reading this in segments just isn’t good enough. Remember how I noted that the mark of a good comic is when one doesn’t feel like it’s enough? Sure enough, this is an epic story that needs to be fully appreciated in its entirety. Bit of course, good things come to those who wait, right?

This was too short! Regn and Thor finally meet up in this issue but there are so many different directions as to where this story could go! Lost in lore and mythological mystery, this book made one of Popmythology’s top 20 for a good reason and it’s great to see Simonson’s talent fully unleashed! 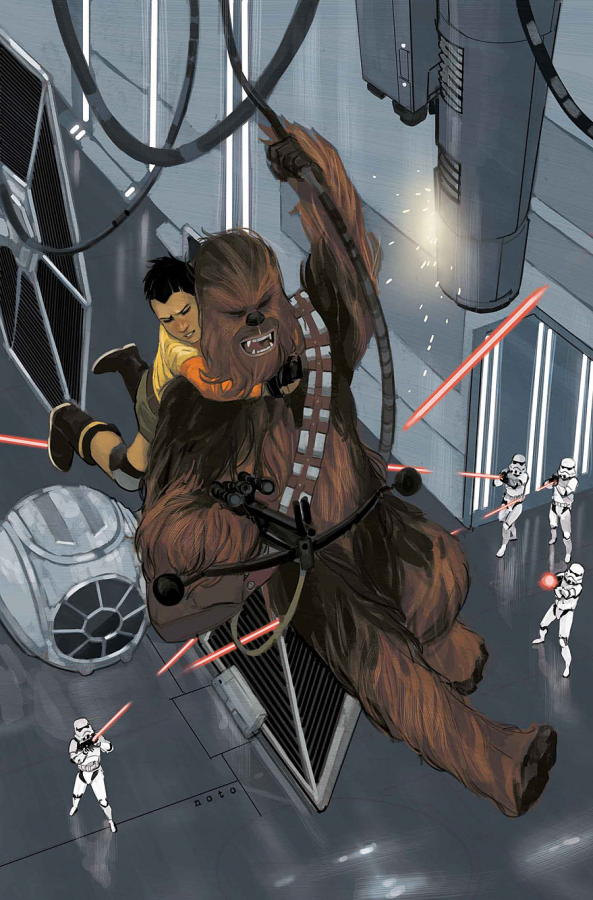 The only Marvel offering on my list for this week and it’s not their best. The obvious “feel-good” vibe Duggan and Noto were going for just didn’t cut it in my book. The resolution seemed too quick and the underlying side story seemed too vague and out of place. There wasn’t a real sense that this was a Star Wars story – just one that was about a girl and her wookie.

You know, tonight I got my Justice League titles all mixed up. This is the one that I’m currently loving, but because of the other two titles, I get confused. I swear that this is the reason why it’s in the top selling title list: confusion.

However, this is a great story. I’m loving Geoff Johns and Jason Fabok’s collaborative efforts in re-envisioning the New Gods and the Anti-Monitor with the Crime Syndicate thrown into the mix. It’s not fully continuum but it’s a very good story and I’m enjoying it. Hey – isn’t that what it’s all about?

So the honours this week have to go to …

While I love Forever Carlyle as a single adventurer, the last three issues of this comic have seen her as part of a team. Forever has been leading an special ops team of regular “serf” soldiers known as the “Anvils” into Hock territory in an attempt to seize Hock assets to turn the tide of the war in Family Carlyle’s favour.

It’s been refreshing to see her in this light – someone who not only leads, but sees the value of leading. She relates and values those serfs under her command, which is a rare thing for not only a privileged Family member but a Lazarus to do.

Of course, that’s the joy of reading this comic. While it may be somewhat dystopian in nature, it’s also a relatable story in that Forever constantly makes revelations and discoveries about her family and herself. As she does this, she challenges the authority of the setting and the rules and makes her stand out. It’s not her ability to regenerate from any injury that makes her special, it’s her humanity.

Of course, considering of all that, you really need to read this comic and see what she discovers about herself in this issue.

Is it any surprise that this week’s pick has to go to Image? It’s a company loaded with talented creators and amazing stories that are clearly generating critical as well as popular attention. My only complaint is that we don’t get enough. Warren Ellis, Greg Rucka, Jonathan Hickman – the list goes on. We need more of the original creators’ works and Image makes that happen.