There’s a very present theme of love in the comic list this week. Maybe it’s because we’ve just come off Mother’s Day (and that always inspires memories of unabashed and unrestricted love in me) or maybe I’m just listening to too many 1981 music tracks on my Spotify account? Could be, or it could just be the amount of passion and love for their craft that is present in my selected list of creators’ works to feature this week.

Maybe I’m just growing soft in my dotage? Whatever it is, it means a good array of incredibly good comics to review and share. 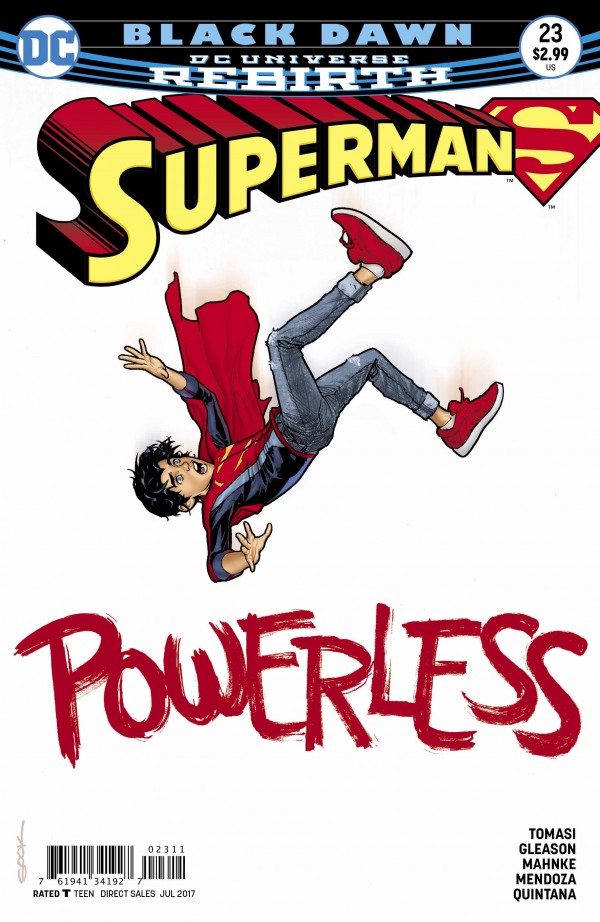 I am loving this arc. It has a great mystery theme present that sees Superman and Lois working together. This was a theme that was picked up by DC way back in the late 70’s when the Superman of Earth-2 was married to his Lois Lane. The two were a team and I can see echoes of this in Peter J. Tomasi’s and Patrick Gleason’s storyline. The “Black Dawn” arc definitely has a very sinister undertone to it and it’s one that I am getting into. I’m curious and it drives me to turn the page. Of course, Doug Mahnke’s art has a lot to do with this drive as well. It’s very clear and crisp and he manages to capture a lot of intensity that this action-filled story needs to show. But the reveal at the end of this issue is definitely one you don’t want to miss. A great start to my comic reading week. 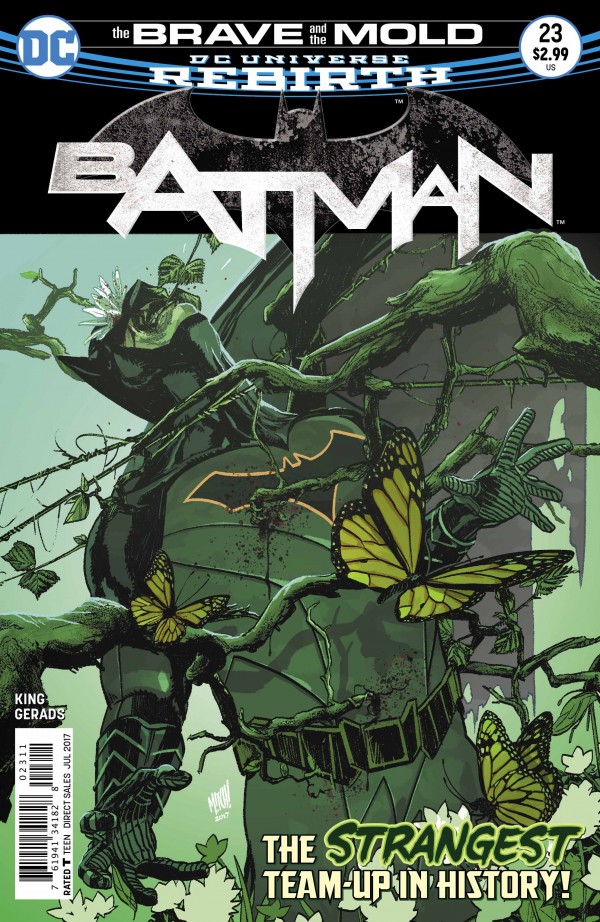 Not to be outdone, Tom King and Mitch Gerads treat us to a beautiful one-shot story with parental devotion as the underlying theme to this story, featuring Batman and the Swamp Thing in an unlikely team-up tale titled “The Brave and the Mold”.

There’s a lot of dark humour in this story centering around unraveling a mystery of who killed Alec Holland’s (aka Swamp Thing) father. It’s a riveting and compelling story that allows us to see real emotional depth in both of these characters. Despite their vastly different perspectives, they discover that they both have something in common when it comes to the mutual loss of their fathers and it is probably one of the finest comic short stories I have ever read. This is vulnerable Batman revealing his idealism, King at his finest and the work of Mitch Gerads is always a pleasure to view. 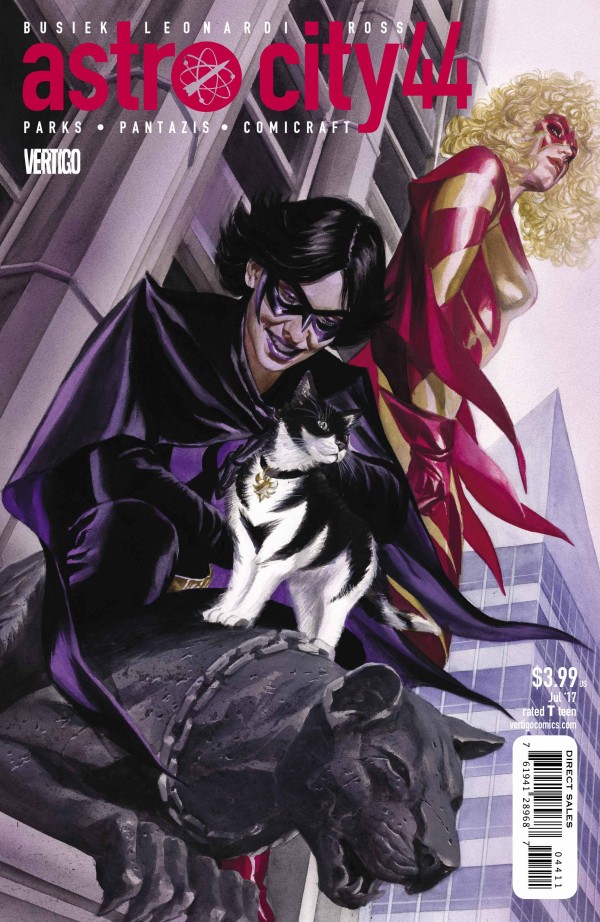 I haven’t been to Astro City in a long time. It’s nice to know that you can always go home.

If you haven’t seen this book, it’s an example of both comic structural expertise and creativity. Kurt Busiek not only draws upon popular tropes and archetypes from his many years of writing comics, but he employs them to good use with delightful and richly-told stories.

A quick summary: the heroic duo Sunshrike and Nightingale try to discover the whereabouts of a missing scientist and his daughter. In the course of the story, we actually learn that their cat is also possessed of super powered abilities and we see the story unfold through her eyes.

Any cat lover will enjoy this book, but at the same time, it’s an example of pure creativity to be able to fashion one or two-issue stories out of thin air – and a wealth of experience in the comics-creation business. Still, Busiek needs to be commended for the sheer creative output he generates in this book. He’s the Stephen King of comics. 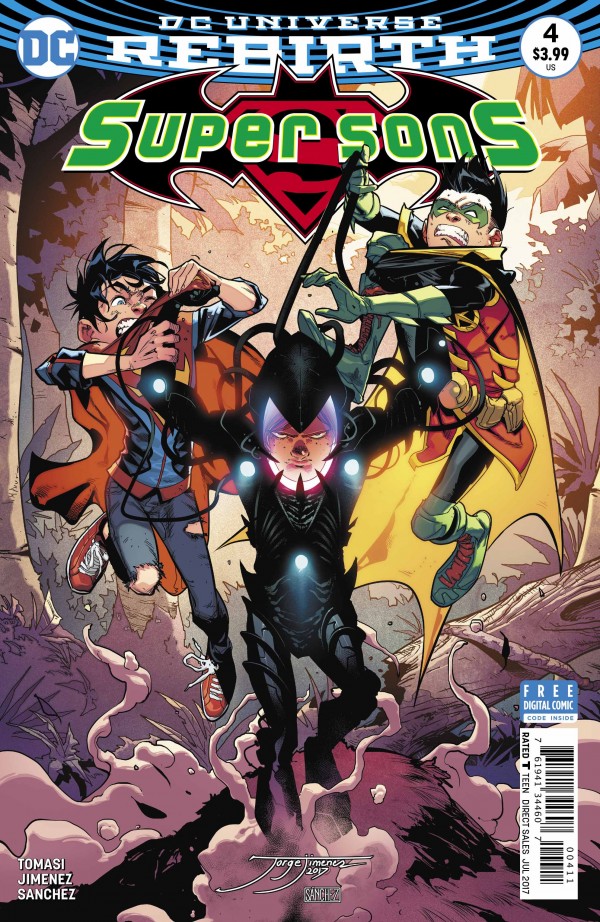 A delightful conclusion to the Kid Amazo arc, titled “Son Day Bloody Son Day”, this is a great story for kids. It’s actually sad that there aren’t a lot of great all-ages comics out there, but Peter J, Tomasi can be proud that he is actively contributing to the joy that kids used to get out of comics.

The unexpected humour in this book is one that can be appreciated by both kids and adults as we see a juvenile form of the partnership that Batman and Superman might have had. But we also see how diametrically opposed in personalities Robin and Super-Boy are. It’s a very entertaining relationship and one that almost everyone can relate to.

It’s almost the love-hate relationship that one would expect in siblings and how much fun is it to see that this relationship is exactly what each of these boys is missing in their lives. There’s a lot of family to see here and that’s what makes it a real joy to read. 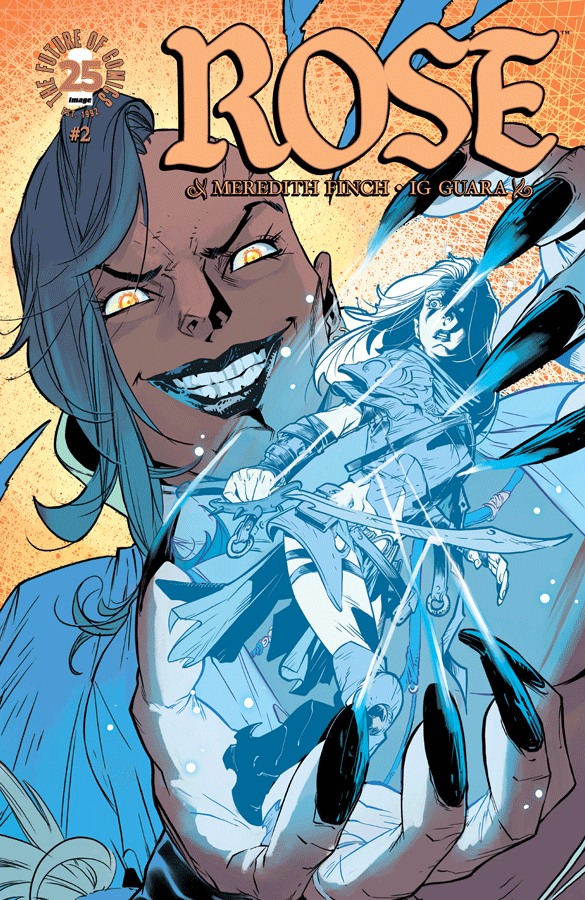 There’s a great deal of love in this book; a love of fantasy and a style of literature that is desperately needed in more comics. This is start of a great story and Meredith Finch has so apparently easily created a tale of heroism and myth. Rose, like many traditional fantasy heroes, has a great destiny and part of the joy in these stories is seeing that destiny unfold itself and her path revealing itself to her.

Finch herself has described her writing style as a “slow burn” but there is a strength in this as it establishes a wide foundation for a reader to appreciate the character, its nuances and to experience a greater sense of joy in the story.

I haven’t seen a good fantasy comic in a long time. This is a book that fills that void, expertly and lovingly.

Another book involving young people but make no mistake – this is no all-ages book. This is a very engaging story about a messed-up family, simply put. When a young Catholic School student’s favourite teacher is murdered by the local crime boss known as the Viceroy, he decides on revenge and enlists his fellow classmates to initiate a guerrilla campaign to disrupt the Viceroy’s operations. At the end of the first issue, we learn that the twist is the Viceroy is the kid’s father.

There are a lot of themes in this story: teen angst, a dead teacher and confidant, the loss of a parent and the subtle inter-relationships of making friends at school. But under all of this is a layer of subtle violence that colours all of these innocent themes and makes them into motivating factors. At the heart of these themes there really is something horribly twisted with David’s father that makes him more than just a moody teen acting out. There is a true sense of justice and righting a terrible wrong.

James Venhaus has a brilliantly complex story that masquerades as youth-based comic. It’s really enjoyable on so many levels. 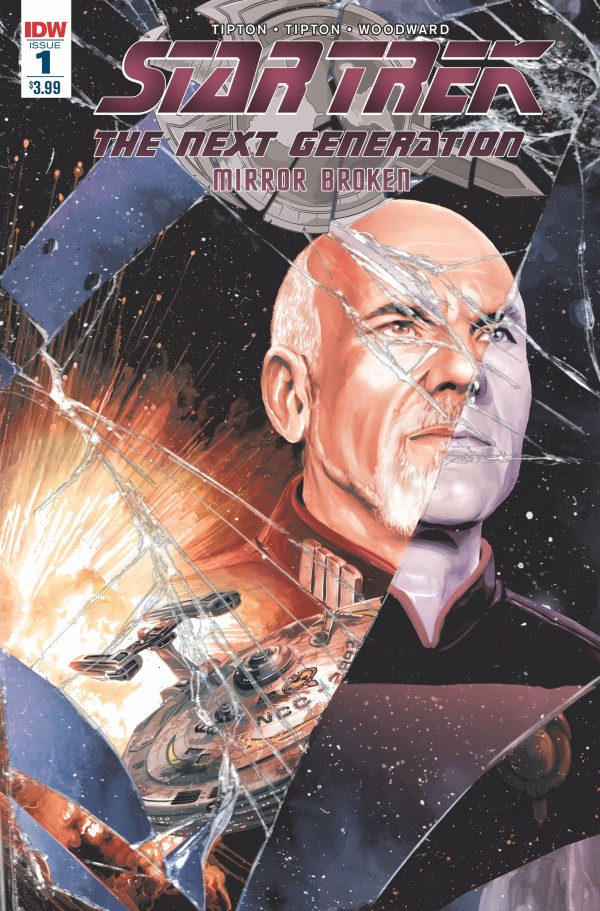 That brings us to our pick of the week for this round of comic pulls!

I’m so blown away by this latest offering from IDW’s line of Star Trek comics. In fact, I’d venture that this has to be the best illustrated one since the John Byrne run of his works.

Not only does it tie into one of the greatest stories from the Original Series, but it also explores this story of the Terran Empire from the point of view The Next Generation. Other than the Diane Duane novel, that really hasn’t been done, which in my mind, highlights an overlooked and neglected opportunity for great Trek story telling.

David and Scott Tipton are the creative geniuses responsible for the writing behind this book and it’s an amazing exercise in extrapolating character traits and personalities as they would appear in the Mirror Universe. Remember: it isn’t a simple reversal of personalities – these characters are basically the same as their counterparts just more narcissistic and ambitious. There are subtle and intricate ways of demonstrating Captain Picard as a brilliant tactician and starship commander – as he is in the prime universe. But this Captain Picard is merciless and guileful. His charm and erudition hide a cold-blooded killer and opportunistic schemer looking for the next rung on the ladder.

In fact, the most obvious rung is the possession of a new starship – namely, a Galaxy class starship to replace the aging rustbucket he currently commands, namely the ISS Stargazer. The question asked in Issue #0 (a Free Comic Book Day offering) and in this issue, is: where is the Enterprise?

When we left this universe in the Original Series, we saw Commander Spock at the beginning of his ascendant climb to power. In fact, we learn from this book that Spock actually brought in a series of reforms in order to stabilize the Terran Empire. Apparently, he failed and the Empire was reduced in size to its core planetary system by an alliance of Klingons and Cardassians. This is the universe that Picard and his band of cutthroats are now seeking to exploit.

It’s the differences in the characters that really interest me. The subtle character differences applied in this context are simply wonderful to imagine and it’s a real testament to the Tiptons’ creativity and their love of Trek to be able to imagine these characters. Data is an efficient android loyal to Picard but bent on perfecting himself using any technology he can find, even illegal technology. Deanna Troi is probably the most striking character in this new universe. Cruelly manipulative, Inquisitor Troi is the Captain’s lackey ready to employ her empathic powers at his order in order to discern information or to direct the crew to his will. Her physical outlook is also severely unlike the Troi we are accustomed to. She is a striking woman, empowered by both her abilities and her sexuality.

Of course, all of these differences are wonderfully painted by the incredibly talented J.K. Woodward, definitely one of my favourite artists and a devout Trek fan to be sure. His gift at likenesses and character expression make him the perfect candidate of choice to allow us to envision this universe. It’s nothing short of a labour of love when you see amount of care and detail that goes into one of his paintings. This book is so physically outstanding that it can’t be ignored. Each page is a visual treasure and you cannot call yourself a Star Trek fan if you don’t know this book, the Tiptons’ works or J.K. Woodward’s incredible art.

That’s the end of this love-fest for another week. It’s been an incredible selection of comics to read and with any luck, we’ll have the same sort of list for next week to look forward to.

Pick of the Week: Star Trek: The Next Generation – Mirror Broken #1