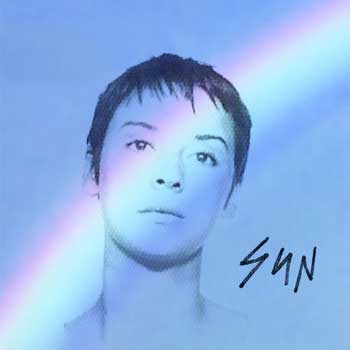 Those among you who have followed Cat Power, aka Chan Marshall’s career from her beguiling, slightly ramshackle lo-fi roots will be familiar with the fact that stylistic development is par for the course for this incredibly talented, if somewhat troubled, artist.  Only her second album of all original material, after 2006’s soulful, critically acclaimed The Greatest, Sun finds Marshall in typically frank mood, and experimenting with a new pallette of electronic sounds.  Fortunately for all involved, the elements of electronica running through Sun, the result of Marshall’s desire to shake up the “slow guitar songs” she initially wrote for the record, are carefully managed and unobtrusively add an interesting new texture to this largely beautiful collection of songs.

Lead single “Ruin,” with its deceptively catchy chorus and driving, octave-driven disco bassline, masks a message against the apathy, “bitchin’ and complaining” that the relative privilege of an indie darling often brings; a message perhaps directed at the younger Chan Marshall, when her oft-documented personal struggles are taken into account.  “3,6,9” begins as a simple, piano-led number, but soon adds synths and *gasp* auto-tuned vocals that allude to previous struggles with alcohol and substance abuse issues.  Yeah, I know; auto-tuning on a Cat Power record isn’t what you’d expect, and really shouldn’t work.  It is, however, used sparingly and sensitively enough so as to be effective and, dare I say it, really quite lovely.

The choice of Sun as the album’s title track is a clear statement of intent as it serves to provide a succinict three-minute snapshot of what the majority of the record has in store for the listener; layered synths, skittering electronic beats, and some of the most reflective, yet defiant, lyrics of Chan Marshall’s career.  Throughout the record, Marshall sounds every bit the world-weary traveller, the veteran of the scene, that she undoubtedly is on this, her 13th album.  Along with the rueful, reflective lyrical tone apparent on some of tracks, there is the definite, unmistakable air of confidence and wisdom that (ideally) comes with age and experience.  “You ain’t got nothing but time / and it ain’t got nothing on you,” is the message delivered with Iggy Pop on the expansive, gorgeous, 11-minute epic “Nothin’ But Time,” and I get the feeling that Chan Marshall believes she has wasted enough time already.

Sun is the product of a remarkable talent who has experienced much that life has to offer, for better and worse, and has come through the other side with an awareness of where she has been, a renewed sense of where she is and,  perhaps more importantly, where she goes from here. [subscribe2]