Marvel stunned the comic world yesterday with an announcement that the regular Marvel 616 universe would be no more as of May 2015. With the advance announcement of the Secret Wars Redux, Marvel seems to be following in the DC grand move of completely revising its properties to restructure the continuum, re-use old ideas in new formats and essentially recreate Marvel comics for a new generation.

First of all, I completely fit the profile of a jaded old fanboy who hates to see the features of the comic world I grew up with changing in anything that I’m used to. Secondly, I hate sudden change for the sake of change.  As an educator I am in a profession that is subject to pendulum shifts in policy. One decade says that books are bad and technology should be the medium of educational delivery. However, the next decade will probably see a shift back to the printed word in order to instill better focus or make use of a trusted informational format or something. Whatever the reason, teachers can sometimes be subject to change for the sake of using something new to capture students’ attention.

The same goes for comics. Publishers are always looking for the “magic formula” to bolster sales and please fans at the same time. These two goals are not mutually compatible all the time and it makes me wonder about the nature of policy direction at Marvel and DC, who, we must accept are the dominant policy makers in the industry.

I don’t want to see everything I grew up with disappear for the sake of capturing a new generation of readers to insure better sales. But I also grasp the concept that without these readers, then the comic publishers lose their ability to make comics.

I mean, if you consider how well Marvel is doing at the box office and the excellent quality of DC’s television shows, it makes me wonder how much the comic publishers are actually suffering. After all, both DC and Marvel are both protected by huge umbrella corporations that essentially have the dominant control of the media world. Also, there is a massive market for reprints in hardcover formats that are still popular with the customers in my generation who have the disposable income to afford them. If you likewise consider the animated shows and the licensing rights of these properties, I’m not so sure I feel that re-doing an entire universe is the correct thing.

What I liked about DC’s reboot is that DC actually had the guts to go through with it but I also liked that Marvel held firm to their own properties the way they were.

Now that is gone as well, and I am left with a bitter taste in my mouth at the fact that Marvel has simply followed DC’s leadership and essentially acknowledged their success. To me, this seems to be a knee-jerk sales reaction and a repudiation of the works of their creators to this point. In a tweet this week, Kurt Busiek stated that for him, the end of the Marvel Universe happened back in the 60’s with the disappearance of certain artists from various comic titles. Well, that’s one way to look at it, but the fact that the universes can be so easily destroyed and restarted makes you think about the easy dismissal of the efforts of all those creators and their places in the respective universes of DC and Marvel. Maybe it’s better that other comic companies don’t have a consistent continuum for all their titles to occur and that they are mostly creator-controlled.

Let’s take a look at some of these titles… and their respective universes while we still can. 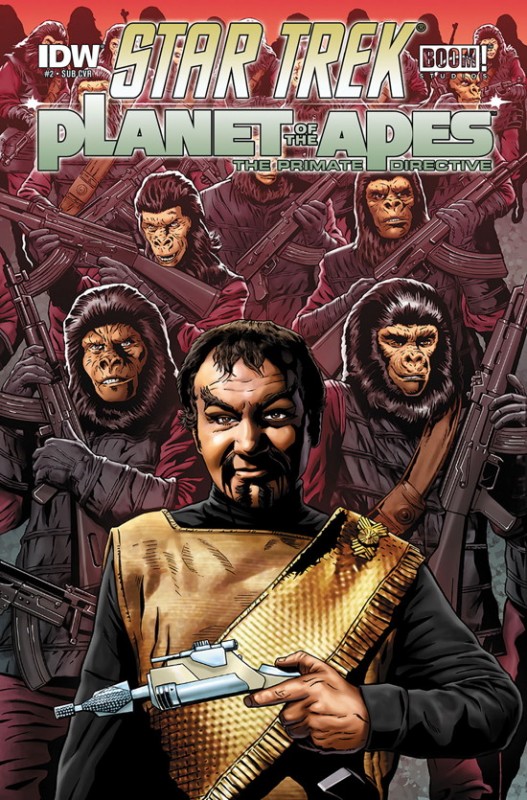 I have to say, this comic makes Planet of the Apes better. I was never an Apes fan … I found there were too many unanswered questions that didn’t get explored. But the inclusion of the crew of the Enterprise forces the uncovering of these issues. Even though Kirk makes the decision to employ the Prime Directive, he also makes allowances for the fact that there are areas in which it doesn’t apply and he is allowed to use his subjective judgment. I love it – it’s the perfect environment for Kirk to be his best. The encounter with Taylor just makes it all better. This is a great story and definitely a fun one to read. It’s a mad house! 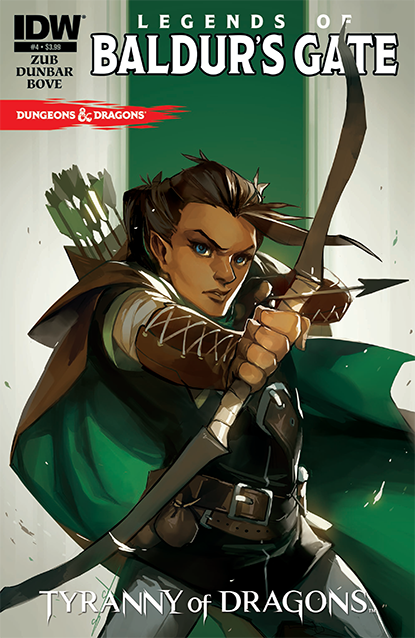 It’s the hamster – I love the hamster. This is a fun book to read and even better if you’ve played the game. If not, then it’s something to look for. Given the age of the game, it should be an easy one to look up and play. For now though: read the comic. 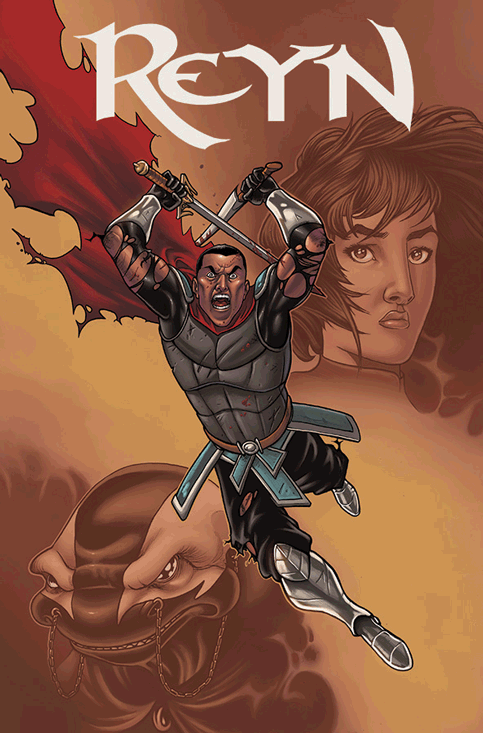 I actually wrote a separate review for this book yesterday.

However, if I could add something, it would be that this is not a pretentious book. It doesn’t put on any pseudo-intellectual airs or tries to be over-sophisticated; it’s a good story in comic format. It’s fun, introduces you to a new world and makes you think about the characters a little. For twenty-two pages, that’s enough. It’s definitely worth picking up.

Guardians of the Galaxy #23 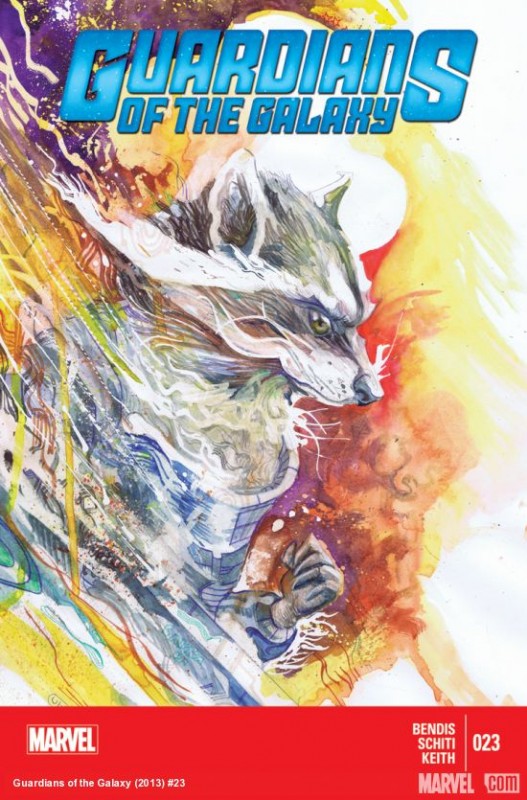 Not bad. A fun romp and an interesting development in the species of the Symbiote that scared the heck out of Peter Parker for so long. Though, I felt that it was a little trite and quick for a filler comic before the next arc begins. Still, the Guardians are hot right now so it’s good to keep abreast of their goings on. 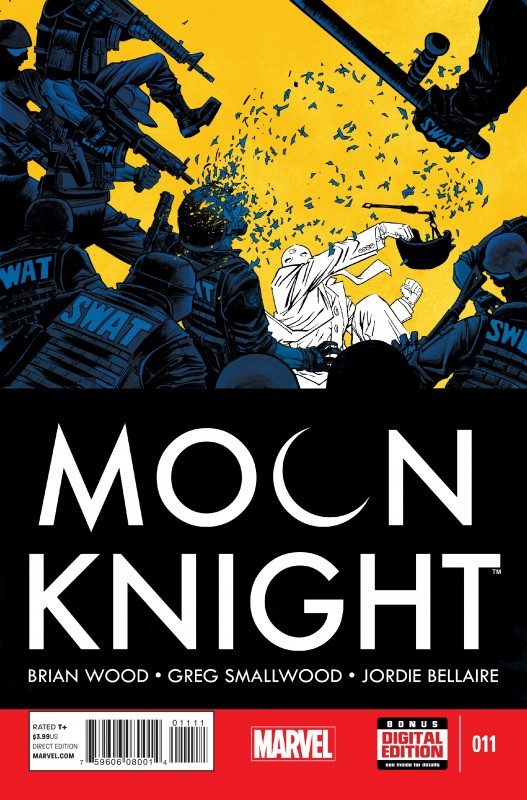 Just … wow. Not only does Spector have to deal with capture and detainment, the end of the comic completely blew me away. What Brian Wood is doing with this book definitely makes it Marvel’s best title right now. I shudder to think what will happen with this when the Secret Wars take effect. Such an innovative take on a classic Bronze Age character. 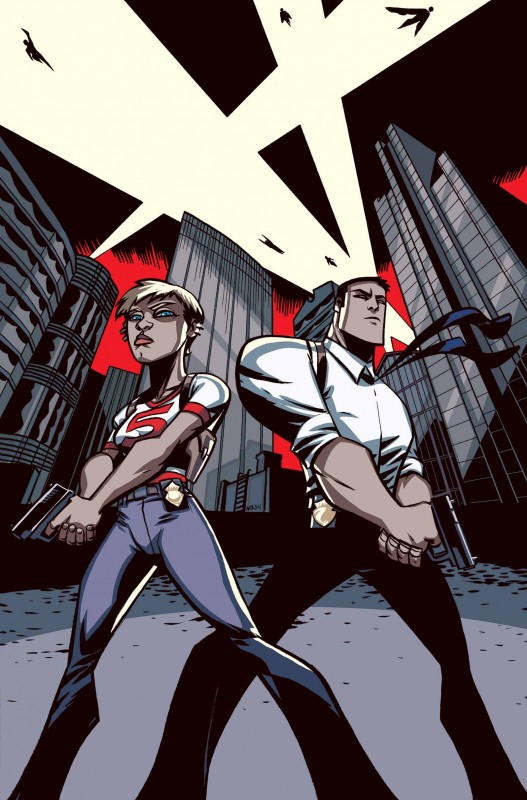 Of course it’s a great story – it’s going to be a TV show for Sony’s Playstation Network. You can even read the original Powers series on Comixology. The fact that it’s a great story is nothing new – but it’s the way this book is drawn. I don’t know why Brian Michael Bendis likes to work with Michael Avon Oeming. First, the book looked almost exactly like Icon’s other publication with these two creators – The United States of Murder, Inc. Second, Oeming’s art is so difficult to appreciate. It seems so simplistic and unrealistic that it’s hard to enjoy the story while trying to reconcile the art. Maybe it’s just me – but I just can’t get into it. 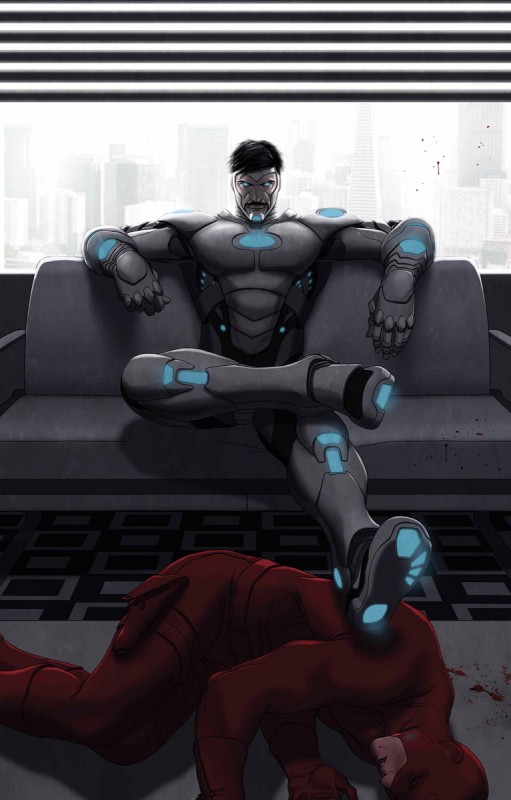 Wow … Tony Stark just keeps getting badder and badder. I love this new version of Iron Man – it makes me not wonder about how Doctor Doom is doing in Latveria when we have Stark in San Francisco. Not bad but it eventually has to come to an end? Any bet it’s scheduled for May? 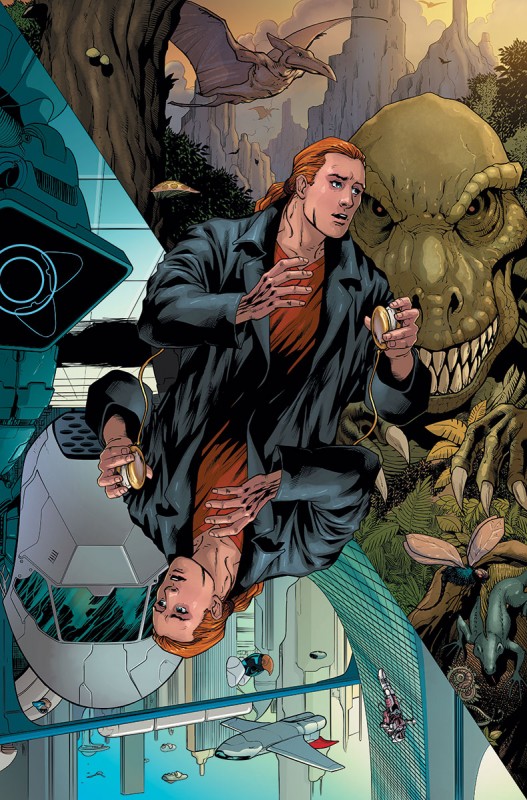 I’m really not a time-travel story lover, but this book by Fred van Lente was a real mind-scramble. Not in the sense that it was over-complicated to follow – quite the contrary. It gave you just enough techno-babble to justify the various time jaunts Ivar the Eternal Walker makes in the effort to rescue the inventor of time travel from creating time travel.

Paradox much? I know, right? But this had a Dr. Who-vibe in that while there was a sense of excitement in discovering new time periods, there was also ruthlessness in the character that added a dark dimension to the story. There was a good deal of sinister overtones in the book that really made me want to pick up the next issue. This will be added to my list for sure. 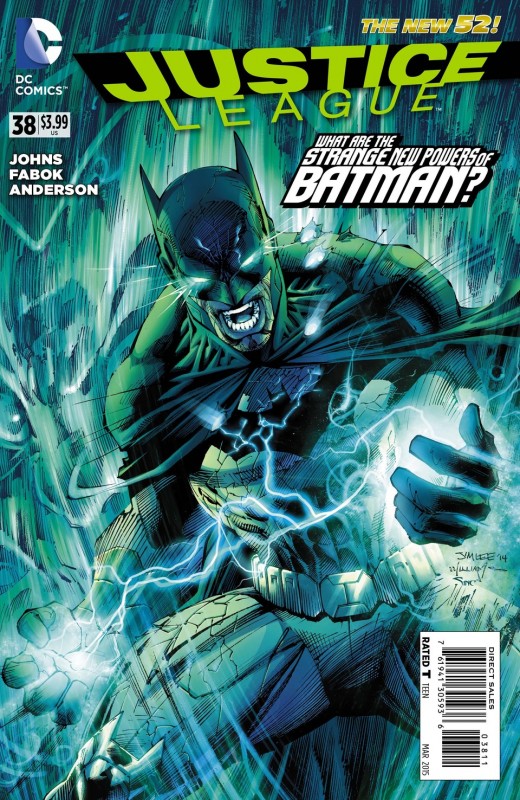 The Amazo Virus continues to manifest unusual and new dangers to the human race as the Justice League struggles to eradicate it. In the process they discover more and more about their new-found friend, Lex Luthor. It’s a pretty good story that presents threats on an even more dangerous level than the League expected. Good, solid comic adventure and just what everyone needs in a comic book. I enjoyed it.

… And that’s pretty much it for this week. What’s the best of the bunch? I have to go with:

Marvel’s universe still has what it takes to make great comics and this comic proves it. The problem is that when the universal overhaul goes through in May, will this comic still be around? Will Marvel simply look at its top sellers and use that as a criteria to “keep them in the club”, so to speak? I don’t know what the sales figures are on this book are, but I can tell you, regardless of its numbers, it’s great. Artistic integrity and commercialism are very often at odds and it’s rare to see them co-exist. Not to say that it can’t be done, but will it succeed? I guess only time will tell and it’s hard to make predictions.

But I can’t help but notice that there is only one DC title on my list and there are three Marvel ones.

Whoever imagined that the nature of universe creation could be so fragile?