Creatures from myth that live inside your home 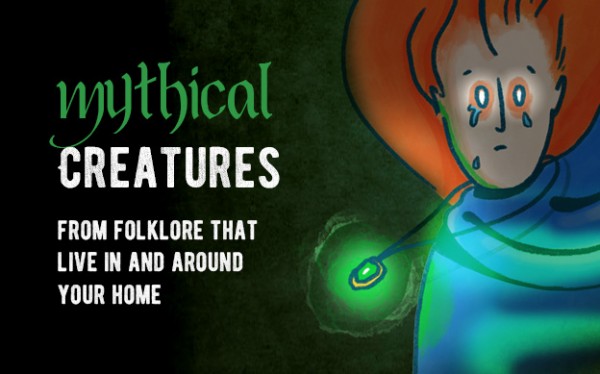 Household creatures and beings have long been worshiped, and stories about how they can help or hinder everyday life passed down through the generations. Nobody has ever seen them though, so our imaginations run wild picturing them around the home. We love these creative illustrations by Climadoor that depict what these mythical creatures might look like in a comic book style. Their designer worked from written descriptions only to dream up their own representations of these interesting creatures, and they wouldn’t look out of place in an animated fantasy film.

Let’s take a look at a few of the illustrations in more detail. The Brownie is a great place to start. If this household creature looks and sounds quite familiar, you might have seen one before on the big screen! It’s thought that J.K Rowling took inspiration for Dobby the House Elf from stories of the Brownie. Given her Scottish roots it’s not surprising she was familiar with this helpful, yet easily unsettled creature from folklore. 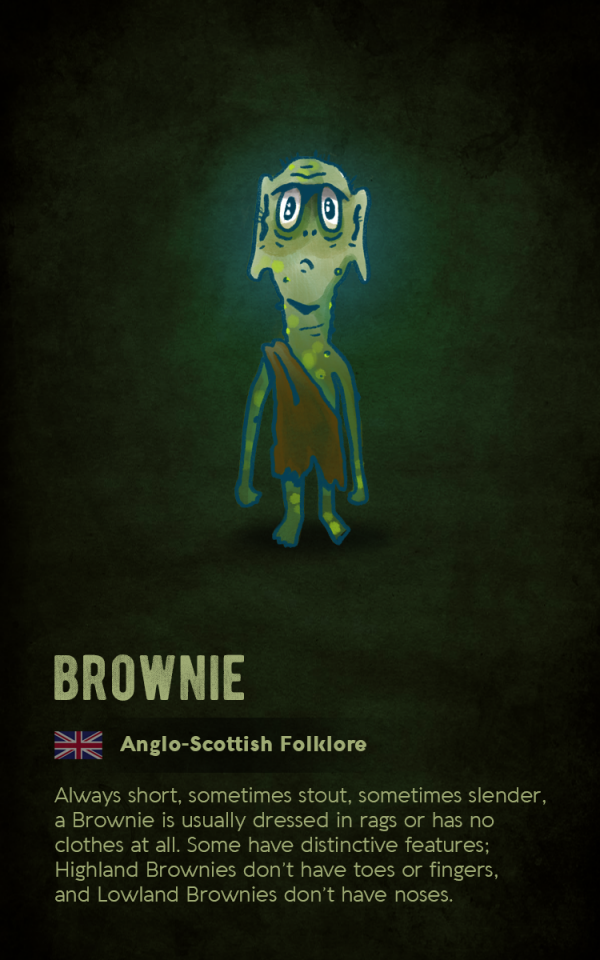 A classic mythological mash-up, the Baku was said to have been put together from leftovers at the end of creation. This is why it has an elephant’s head, rhino’s eyes, tiger’s legs and ox’s tail. That makes for quite an unusual looking house spirit! It comes from Chinese folklore dating back to the 17th century. Bringing health and luck, it’s no wonder these creatures are encouraged to occupy homes by sewing their images onto pillows and bedding. 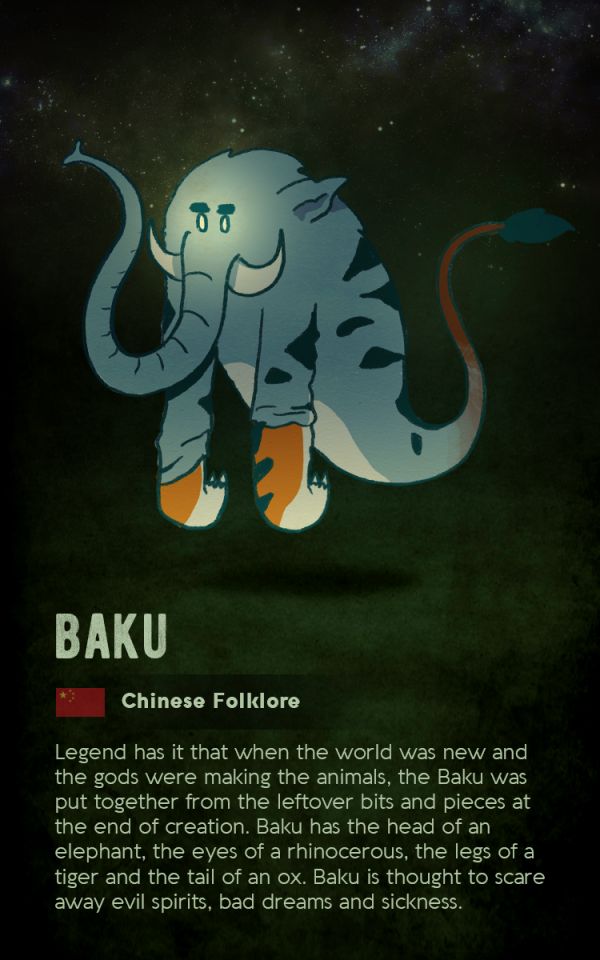 A mischievous house spirit, the Zashiki Warashi is usually depicted as a ghost-like blushing child. Whilst a childlike spirit haunting your home might sound quite spooky, in Japanese culture these creatures are very much loved. They’re thought to bring luck and guard the household. 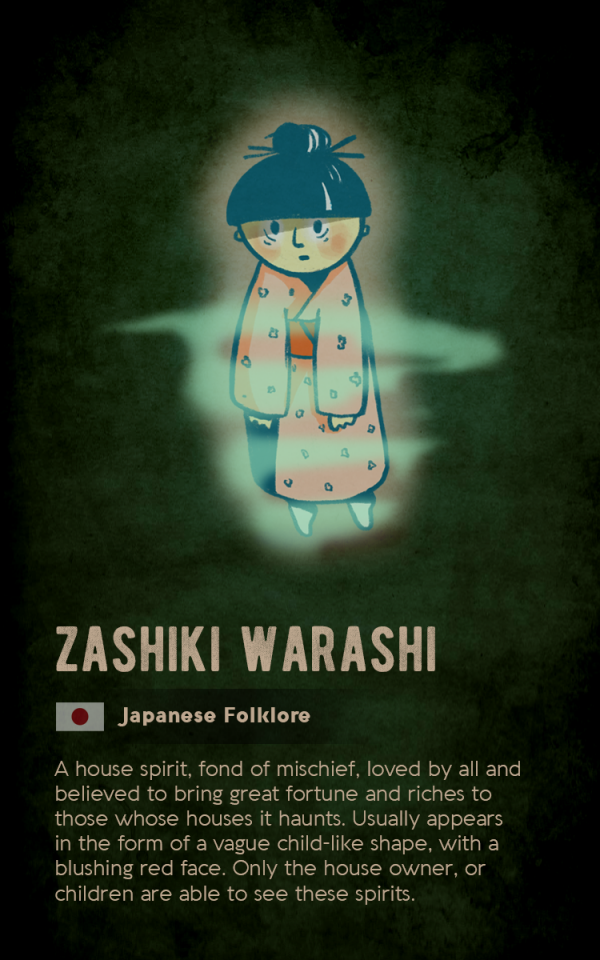 The Domovoy is said to look like an old man with grey hair and a long beard, but this stylised illustration makes him look very other-worldly. This household protector will look after residents, particularly children and animals. Sometimes he might manifest as a cat or a dog, or even an ancestor of the family living in the home. He never leaves the household, but if this creature sees any wrongs or bad behaviour that anger him, he may stop protecting the family. This leaves them open to illness and disaster, if he isn’t placated by gifts such as food. 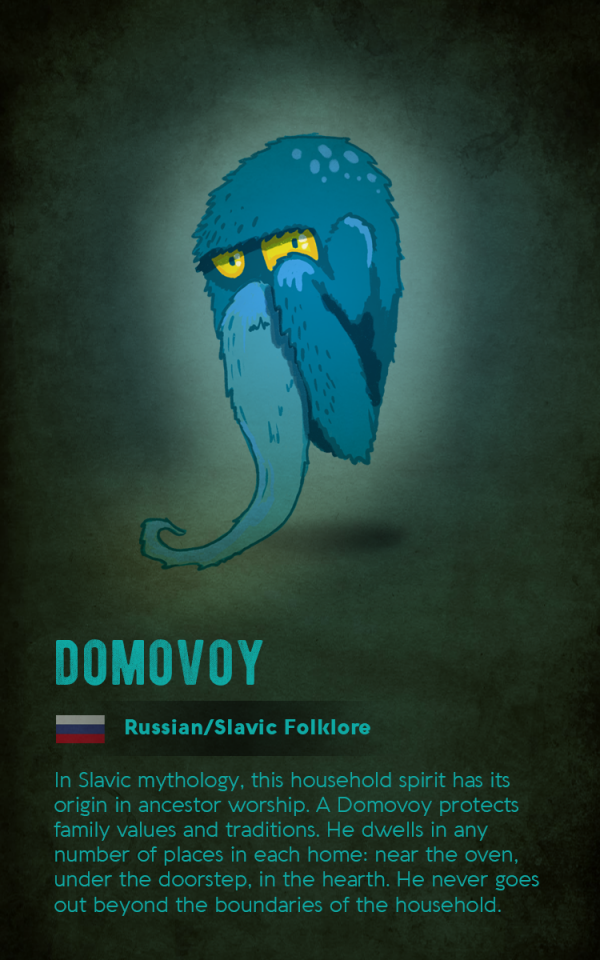 These age-old stories have influenced the way people keep their homes for centuries. They’re seen only in dreams and imagination, but they play a big part in people’s lives. Perhaps you believe in them and perhaps you don’t, but it’s quite wonderful to conjure up their presence. Are there any mythical creatures sharing your home? 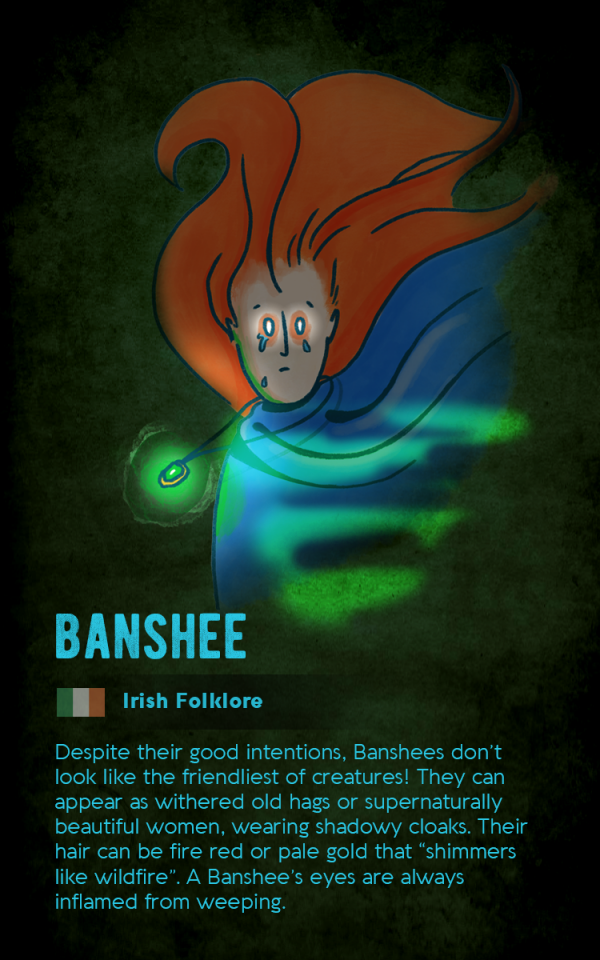 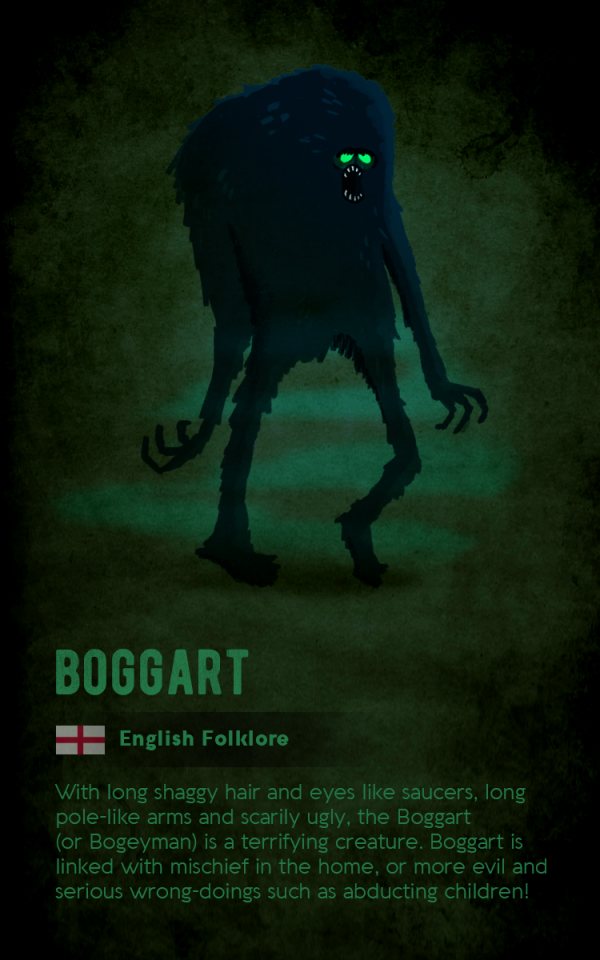 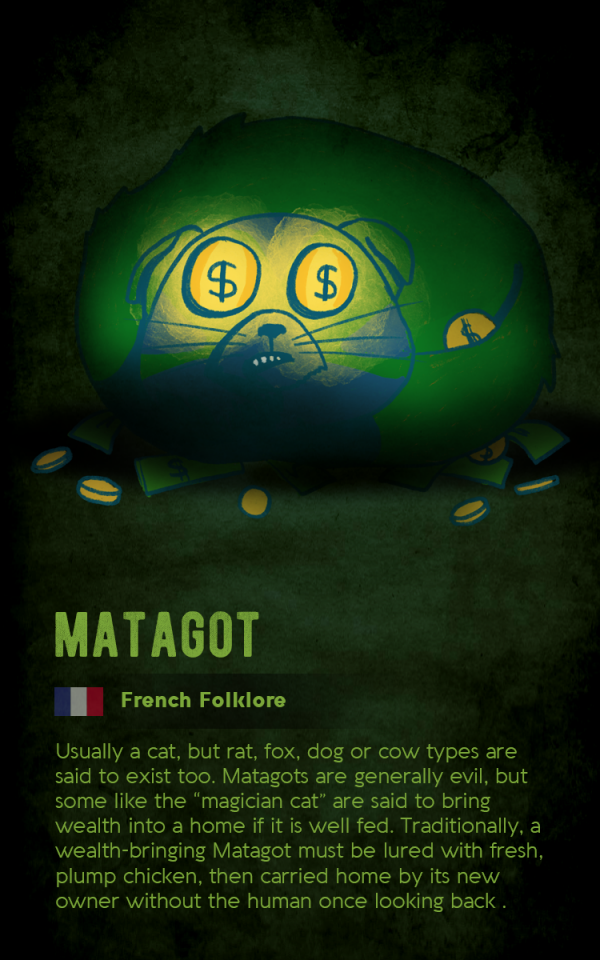 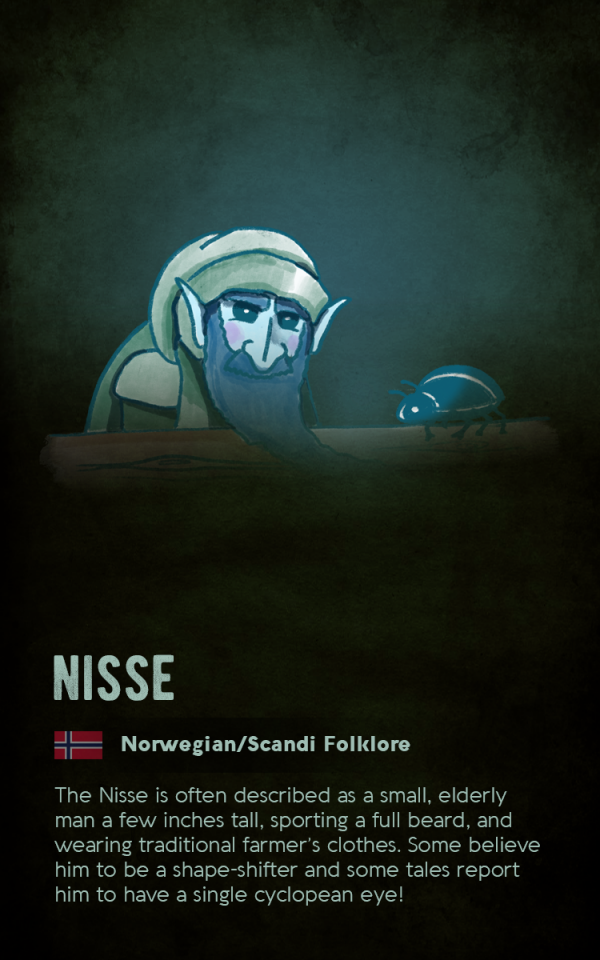 The Pop Mythologist is the founder and editor of PopMythology.com. He has been a staff writer for the nationally distributed magazine KoreAm , the online journal of pop culture criticism Pop Matters and has written freelance for various other publications and websites.
@popmythology
Copyright © Pop Mythology 2023, All Rights Reserved