‘Deadpool’ takes risks like it has nothing to lose (and wins) 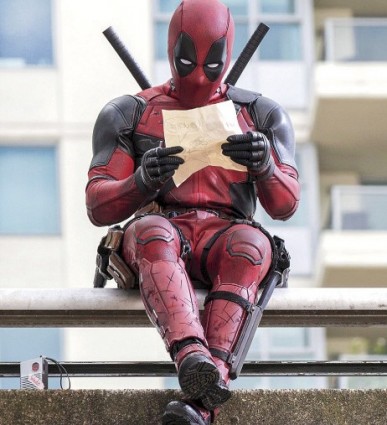 As someone who was hugely into X-Men comics in the early to mid 90’s, took a break, and then returned in the early 2000’s before stopping again, Deadpool has always been a bit of an odd character. Upon his first appearance in late New Mutants early X-Force he was the typical sarcastic, morally flexible assassin with a neat costume, mysterious past and a collection of vaguely defined superpowers which basically amounted to anything he needed to seem cool to teenage boys.

Then, when I returned to the X-universe, Mr. Pool had morphed into a pop-culture obsessed, self-referential anti-hero as goofy as he was brutal with increasingly ridiculous adventures and powers which made him the favorite of comics hipsters. After as much as catching up as I could do, it turns out that somewhere along the line the popularity of Deadpool’s solo title dipped low enough that cancellation (ie: comics death) seemed imminent, thus freeing the creators, like the character himself, to take the huge risks available only to someone with nothing to lose. Those risks paid off.

That same nothing-to-lose attitude is exactly what makes Deadpool work (talking about the film now, not the character or the comic or even the 1998 Clint Eastwood movie which I’m surprised isn’t somehow mentioned by Deadpool (the character) in Deadpool (the non-Eastwood movie)). While X-Men is the marquee franchise with all the attention and money and risk, Deadpool is a scrappy project that Fox obviously cared so little about that it released at a time usually reserved for entertaining but quickly forgotten thrillers or sappy, interchangeable rom-coms. This freedom, combined with a passion from star Ryan Reynolds (credited as “God’s Perfect Idiot”) and the most creative marketing since Isaiah Mustafa’s Old Spice commercials, turned Deadpool (the non-Eastwood movie) into one 2016’s most anticipated films, if only to see if it really could live up to those brilliant teasers. The risk, once again, paid off. Not only has Deadpool (both the character and the non-Eastwood film) surpassed his/its humble origin, but this (non-Eastwood) Deadpool‘s Deadpool is the most Deadpool a Deadpool could Deadpool.

Confused yet? Good.
Because Deadpool.

Deadpool establishes its Deadpool credentials in the very opening scene: a not unfamiliar spin through a frozen moment of escalating carnage which is immediately undercut by pop culture references and title cards introducing a cast including the aforementioned Idiot, a Hot Chick, a British Villain, a Moody Teen, a CGI Character, and a Gratuitous Cameo in a film directed by an Overpaid Tool. In other words: every action/superhero movie cliché imaginable. The difference here is our narrator, the merc with a mouth, the testicle with teeth, last name Pool first name Dead… (cue the fanfare)… Some Douchebag! Err… umm, yeah, you get the point.

Of course after these early shenanigans and an extended opening action sequence that we’ve all probably seen a dozen times frame-by-frame in the trailers, but is still great to see in its entirety, the film does eventually form a more-or-less coherent narrative; a relatively simple one at that. The majority of Deadpool‘s backstory amounts the typical modern first superhero movie. It’s an origin story. Just as we’ve seen a dozen times through a dozen variations over a dozen years. Contrary to most superhero origin movies, even those which begin in media res before cutting into flashback, Deadpool bounces back and forth between present and past in a way befitting the character’s own scatterbrained stream of conscious before inevitably catching up. Thus when Pre-Pool Wade Wilson’s story begins to drag through necessary story beats, we zoom back into Current-Pool Wade skewering some nameless baddie or flying into the hood of a toppled car. We could perhaps use a bit more backstory to completely invest in the characters’ relationship and struggle but, eh, Deadpool.

Now, I’m as quick to decry X-Men Origins: Wolverine as anyone, but I’ve long said that the closest things the film had to quality were Liev Schreiber’s Sabretooth and the opening sequence with Reynolds as Wilson. In those few minutes Reynolds showed that despite the crap that followed, his common image as the smug, wisecracking lead of the type of rom-coms typically released in February, and his superhero past in the unfortunate Green Lantern, he remained the right person to bring Deadpool to the screen. His commitment to making a real Deadpool movie is reason the film was made and now makes the film. His sarcasm, muttered comebacks, and ability to project pain masked by humor, demonstrate why he championed the role for so many years. Even Reynolds’s harshest critics or those who dismiss him as a pretty boy actor with little talent will have to admit that he nails this part, particularly since his best moments are spent either under a mask or looking like a well-burnt earthworm dipped in iodine. In fact, at this point in the character’s cinematic history, whether you count Origins or not, Reynolds is more comfortable in this part than Hugh Jackman was as Wolverine, perhaps even equaling Robert Downey Jr.’s immediate grasp of Tony Stark. Like Jackman and Downey, this role could define Reynolds’s career.

The curious contradiction in Deadpool is that its place as a small movie works to both its benefit and detriment. While the relatively low budget lends itself to great fourth wall breaking humor and allowed the makers to push boundaries that tentpole films would never imagine (can almost guarantee even the super villains of Suicide Squad, including Deathstroke whom Deadpool was originally a knock-off of, aren’t gonna be a grimy as Deadpool), its limits are clear in occasionally faulty effects and a tiny selection of characters and locations. The gritty feel definitely fits Deadpool, but with a third of the film set on a single stretch of road, and another third happening on what could be one nondescript city block, it’s hard not to wish there were a bit more story. Still, it’s easy to forgive Deadpool simply because it is Deadpool. Faults – and there are many of them – are part of the charm. This film, like its title character and his comic series, was all but dead, resurrected, and now has nothing to lose. That’s when risks should be taken. And those risks, once again, paid off.