While Evangelion 1.11 stuck pretty closely to the original series, the second of the Rebirth tetralogy begins its deviation from the first scene.

Evangelion: 2.22 You Can (Not) Advance  provides the development that 1.11 lacked, both in overall story, in a surprisingly rapid way, and in character. The pace may in fact be too quick as the film flies from one plot point and battle to another. Brief interludes of everyday life in Tokyo 3 are wonderfully felt and visualized, but are often too short for even the Eva pilots to understand what the previous battle meant before the next one begins.

Understanding or not, there is very clear progress of the characters and their relationships, the most welcome of being Shinji. If Evangelion 1.11 is Shinji learning what he has to do, 2.22 is Shinji learning what he wants to do. Similarly, most of the supporting characters also begin to form. Although known to anyone familiar with the Evangelion franchise, Asuka and Rei, in particular, become distinct from their previous incarnations. They’re the same characters, just with different motivations, and the result of these deviations will be interesting. New addition Mari is immediately intriguing, but absent for too long.

Once again the strongest aspect is the improved production value. Character models are not always attractive or clear, but they are unique and amazingly rendered. The Evas no longer lumber about, or feel any sense of weight, but there is still gravity behind their actions, particularly when the machines go feral, resulting in surprisingly grotesque displays of brutality. The film cleverly undercuts/enhances this effect by pairing its most violent scenes with happy music, but unfortunately plays this trick one too many times.

Although somewhat overloaded yet still dragging, the half way point of the Rebuild of  Evangelion has managed to remain true to the spirit of original series while blazing its own path forward. If 3.33 demonstrates as much improvement as 2.22 did from 1.11, the series will be well worth investing in. 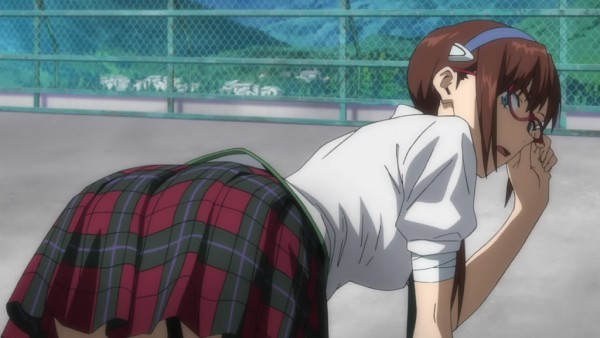