With the assistance of my geek girls-in-training (i.e.: my nine-year old and three year old daughters), I opened up my Nerd Block today. When a 3 year old is hollering “what did the nerds bring me?” down the hallway, you get a sense of the real joy that these boxes of geekly goodness can bring. Ah, Nerd Block: a family experience for the 21st century.

So the contents for this month’s box included:

• A Flash t-shirt with an ice cream treat theme! Thanks, Shirt Punch!

• One drummer notepad with pencils and erasers

… and that leads us to a pretty cool selection of contests that anyone can enter.

The first contest involves a really nifty toy called a Cliccor. Twist the two Cliccors that were included in the February box into the funkiest shapes you can imagine, take a picture of your creation and share it on Twitter, Facebook and Instagram with the hashtag #clicctowin. Nerd Block will pick a winner on March 1st! 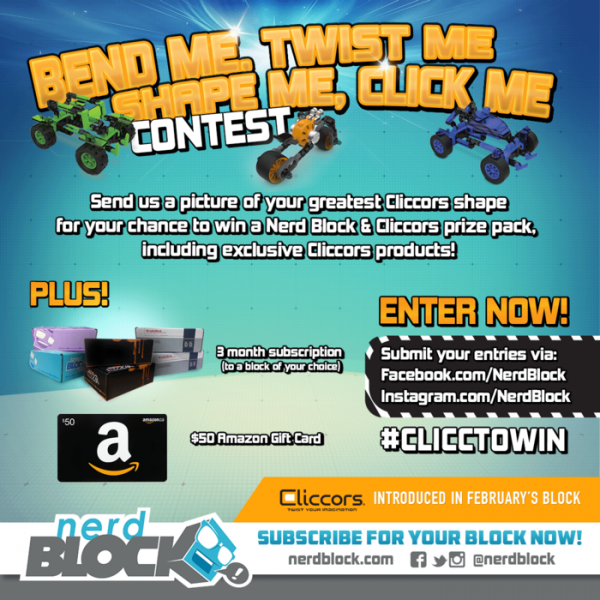 The second contest is a Firefly themed one! That’s the magic word for me … I’m in! 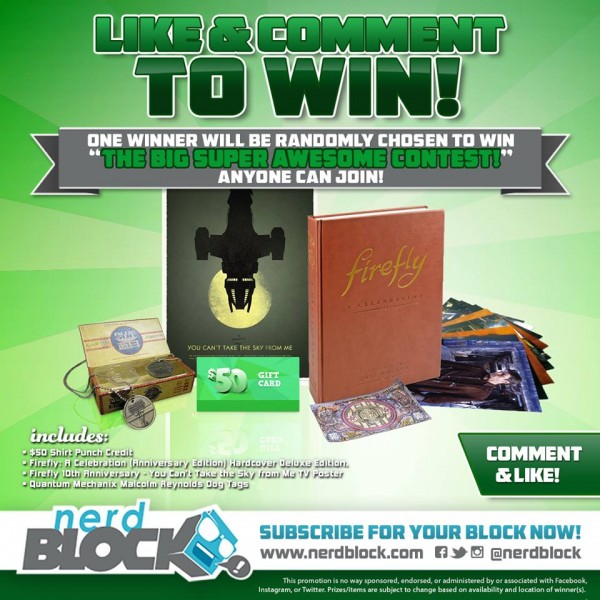 Nerd Block has a whole gorram load of Serenity-based goodies for you to win. Just head over to Nerd Block’s Facebook page and follow the instructions to enter the contest.

Finally, for those people in the Toronto area, you have a chance to win tickets to the Sony Centre to see the Nerd Block sponsored presentation of Star Trek (2009) with live orchestra! Two tickets are available and all you have to do is head over to Nerd Block’s Facebook page and like and comment! Simple, right? 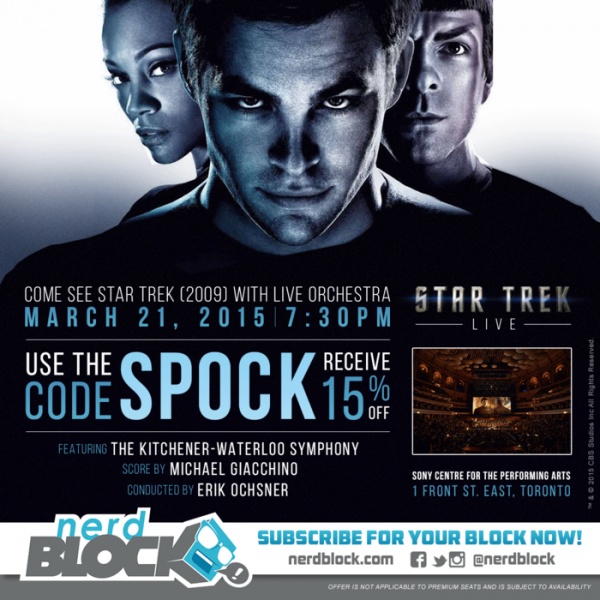 The toys are great but the contests made February’s Nerd Block even greater. I know my daughters loved opening the box, but the contests were just a nerdy cherry on top of the sundae. I love being able to share a part of my geek culture experience in a family friendly way.