Heroes change, evolve, die, and come back. Let it happen 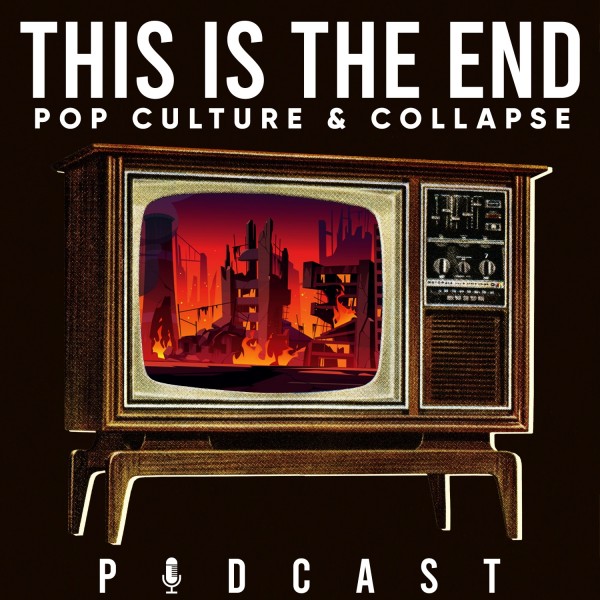 When I first started PopMythology and the Hero Wisdom column around 10 years ago, things were different. I was different. A little more idealistic than I am now, though by no means am I a cynic now—just more of a realist.

Among the predominant themes of Hero Wisdom were the ever-present potential for change and personal transformation, beginning at the personal level and expanding outward to the societal level. Even the younger me knew that change doesn’t happen easily, though, and so another pervasive theme was the potential for crisis and adversity to serve as a catalyst for transformation. Growth through pain.

One of the reasons I have always loved, and still love, superhero fiction is the way in which this theme gets played again and again in different ways. And even though there is inarguably a saturation of origin stories, the reason I never tire of a good origin story is because of my personal obsession with, and conviction in, the potential for crisis to lead to change—indeed, to force change even in the face of obstinate resistance, to render the subject helpless to do anything other than to let go and give in to the process the way, in Dune, Paul Atreides, caught in a fierce desert storm, lets go of the controls of his ornithopter and submits. Allahu akbar. God is Change, Change is God. (Thank you, Octavia Butler.)

All things change. Including heroes. Having undergone an origin story once before does not mean that a hero is now and forever the same hero or even a hero at all. Witness the innumerable times some of the most beloved superhero characters have “quit” out of frustration or defeat, sometimes claiming that “this time it’s for good!” Of course, they generally tend to come back, though not always in the same form, and if not in the same form then often in a recognizable form. And so has Captain America become Nomad, Ms. Marvel has become Captain Marvel. Sometimes heroes will even undergo a second superhero origin. Barbara Gordon’s transformation from Batgirl to Oracle is a prime example of this.

But sometimes the change is quite dramatic, sometimes even unrecognizable, in a way that doesn’t follow the typical superhero origin arc. Perhaps one of the most extreme examples of this is Speedball’s transformation into Penance, surely one of the most disturbing superhero characters to ever be conceived in a mainstream comic.

Another example, closer to my heart, is Jessica Jones. Jessica, like many heroes, once underwent what could be considered an archetypical superhero origin journey (a journey that I once attempted to map out, à la Joseph Campbell, in an unfinished book years ago). Thus did trauma and an ensuing crisis lead Jessica Jones to become the superhero Jewel. Though not for very long. Another horrible trauma caused Jewel to this time renounce heroism, and Jewel became Jessica Jones once again.

The new Jessica was jaded, morose, cynical. She did not resemble a conventional hero on the surface and certainly did not consider herself to be one. But the beauty of her story is that even as she did not want to be a hero and didn’t even try—actively resisted it, in fact—core components of her being remained so good such that she could not just stand by when horrendous things were happening (the Netflix show did a much better job of conveying this, I felt, than the Alias comics it was based on).

Jessica Jones is a dramatic example I’m using to simply illustrate that no matter how much the doing of good things, and doing what we believe is right, may matter to us, the shapes and forms of what that looks like, and what it even means, will change and evolve over time. But sometimes we resist this process just as we may resist the very first time the call to heroism speaks to us. It can be scary and threatening, especially if we’ve become heavily invested in the previous heroic identity that had been working quite nicely, thank you very much, until the harsher realities of life decided to barge in uninvited once again. But if we can remind ourselves that the end of something also means the beginning of something, something potentially just as meaningful and fulfilling, then maybe remembering this can help temper the fear.

All of this is to simply say, even as this is the first Hero Wisdom article I’ve written since early in the pandemic last year, it will also be my last one for a while. I really don’t think it’ll be the last one for good, but it will be for a while. I also don’t plan on writing or speaking about superheroes, specifically, for a while either (unless it’s a dystopian superhero story such as Kingdom Come, Injustice, or Days of Future Past). It’s not because I’ve lost faith in superheroes. It’s because, like Jessica Jones, I’m going through another, new origin story.

For two years I experienced a combination of a personal hell combined with the witnessing of societal hell. And all throughout these last two years, when I wasn’t overwhelmed with simply trying to cope with life, I wondered and thought hard about what my creative response to it on Pop Mythology would be. Hero Wisdom was all about transformation through crisis. There was no way I could remain silent (or silenced) indefinitely. But I struggled. Man, how I struggled. Moments of creative inspiration would get crushed by the sheer, overbearing weight of real life. I would start writing something, sometimes quite a bit, and then stop and shelve it. Sometimes out of discouragement, usually out of just sheer emotional and physical exhaustion. This happened repeatedly.

I feel that nobody these days really has the emotional bandwidth to want to hear the details of my personal 2020-2021 horror story, which is just as well because I really don’t feel like going into the details either. Instead, I’ll let the product of my newly resurrected creativity speak for me and tell my story indirectly.

And so after a nearly two-year dry spell in which I was unable to produce any new content—during which my friends and fellow writers Jess Kroll and John Kirk carried this blog on their shoulders— I am humbled to launch PopMythology.com’s very first podcast, This Is The End. I won’t bother explaining it here since “episode zero” of the podcast already does that. I’ll just embed it here for any Pop Mythology / Hero Wisdom followers who might be interested in checking it out.

Some might like it, others might not, and that’s just always how it goes with any creative endeavor. But like Jessica Jones, I can only try to be honest and true to where I am at right now. And this is where I’m at. So it’s time to hang up the superhero spandex for a while and to put on something else. What, exactly, I’m not sure yet.

All I know is that This is the End. Welcome to it.

The Pop Mythologist is the founder and editor of PopMythology.com. He has been a staff writer for the nationally distributed magazine KoreAm , the online journal of pop culture criticism Pop Matters and has written freelance for various other publications and websites.
@popmythology
Copyright © Pop Mythology 2022, All Rights Reserved