REVIEW: ‘Houdini and Doyle’ promises to geek between generations 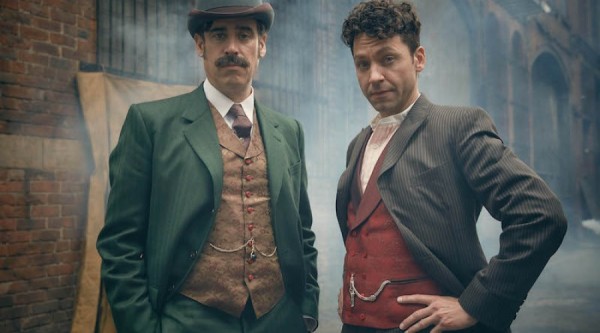 Do you know how hard it is to watch television with a ten year-old geek?

If you’ve read some of my previous work on this site then it should come as no surprise that I gravitate towards the geek stuff – history, sci-fi, fantasy. Hell, I’m what you might say I’m obsessive about the idea. So of course, this is something I want to pass on to my children, much to their mother’s lament. But with lesser network censorship these days, it’s really difficult to find a show that I can share with my kids. My eldest is at the age where she can almost rationalize some of the adult concepts, but my 4 year old is really still focused on My Little Pony.

It’s a challenge, to be sure, but the ten year old needs to grow and shows like Shaftesbury’s Houdini and Doyle that bridge that gap and help to cement those bonds between a middle-aged nerd and his kid finding common ground with each other are one of the side-effects of this very entertaining show. So let’s talk about some of those areas of common interest. 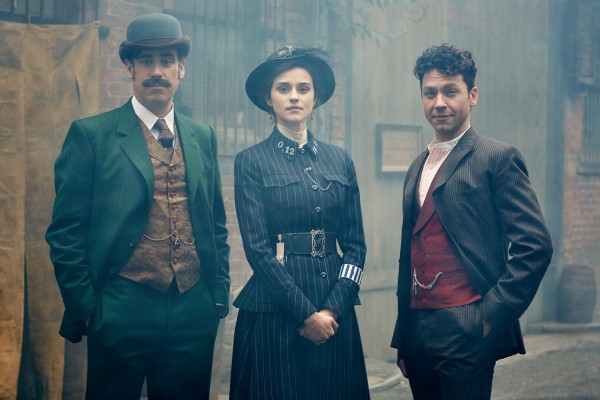 First of all, there’s the combination pop-culture/history angle. With the success of Benedict Cumberbatch’s re-invigoration of the character of Sherlock Holmes, it’s a topic that is of great interest to my oldest daughter. While I don’t understand the hormonal appeal of Cumberbatch (as a Star Trek fan, I may have a bias that includes his portrayal of Khan Noonian Singh in Star Trek: Into Darkness – hey, the last name IS Kirk), but there is no denying the overwhelming popularity of this show. My kid loves it and I actually enjoy the modernization of Sherlock Holmes too, so it’s fun for me to point out that one of the main characters in Houdini and Doyle is the creator of the fictional detective and was originally set in the same time.

Here’s the synopsis of the first episode titled “The Maggie’s Redress”: 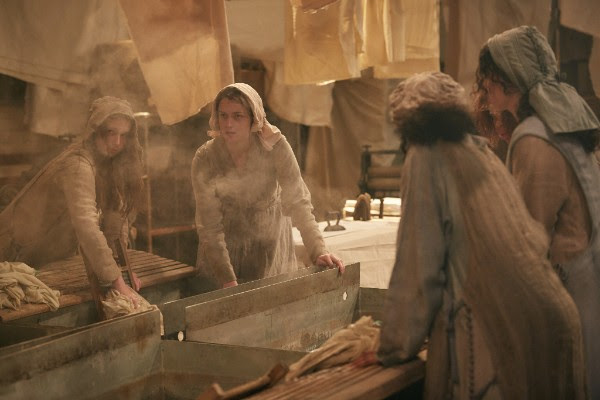 “A nun is brutally murdered at one of the notorious Magdalene Laundries, and the only witness claims she saw the killer: a young Maggie – who died six months ago. Famed author Arthur Conan Doyle and the Great Houdini approach Chief Inspector Merring of Scotland Yard, to investigate the case; Doyle hoping to find that there is truth to the nun’s claim, Houdini hoping to prove there isn’t. Merring assigns them a ‘babysitter,’ the Yard’s first female cop, Constable Adelaide Stratton. When the three visit the laundry, Houdini discovers that money is missing and deduces that – unless ghosts use cash – the killer was oh so very human. And that’s when they all see a ghost fleeing from the room… “

As a teacher of English and History and a card-carrying geek, this hits all of my buttons. So of course this is something that I want to share with my brilliant kid. I think other people share this disposition as well, which is enough by itself to make this show a winner. Cross-generational appeal is a very powerful force to harness in producing a show. It works like gangbusters for Shaftesbury’s other production, Murdoch Mysteries and it’s to its credit that this lesson hasn’t been lost in creating this show.

The other thing that stands out in this new production is the quality of talent. Michael Weston, Stephen Mangan and Rebecca Liddiard have an obvious chemistry that’s surprising for a new series to demonstrate. I find it takes a season or two to work out kinks like that, but these performers seem to have transcended that initial hurdle and have shown us some amazing performances right off the bat.

It’s also fun. There’s rivalry, petty envy and the constant struggle between Houdini’s flamboyant showboating and Doyle’s propriety adds a character dynamic that incorporates realism to the show, based on the historical fact that there was a friendship between the two. David Hoselton, co-creator and executive producer readily admits that the friendship between the two principal characters is loosely represented.

“It was a set-up that seemed almost too good to be true: the real-life friendship between Sherlock’s creator and the great magician, bonded by a mutual interest in the paranormal. And most intriguing of all was the fact that they were on unexpected sides of the debate, for one would assume Doyle to be the sceptic and Houdini the believer; but it was quite the opposite. However, we realized we would have to take some liberties with history – artistic license, we like to call it. After all, in reality, the two greats were in middle to late age when they met, and we couldn’t have that. So we backdated it a tad – twenty-ish years to be imprecise – and set our story in the perfect time, 1901. A new century, a new king, a new era chock-a-block with new ideas, and the ideal time to meet our characters.” 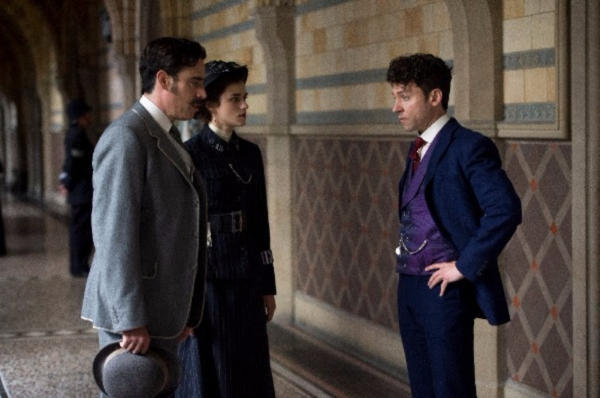 By rearranging the story twenty years or so and adding the rivalry is a bit of fancy but as this is a fictional show, the we accept the convention of muddied facts in order to get entertainment value out of it.

Hey – I’m a History teacher. I know what I’m talking about.

And speaking as a History teacher, if that’s the sort of thing that allows me to engage in historical discussion with my kid, or any other kid for that matter, like one of the most imaginative and entertaining fictional characters ever created or to also bring up issues like Harry Houdini and the women’s suffrage movement at the turn of the century, then where’s the harm? Finding ways to engage students about historical topics is always on my want list. This show makes that easier, for sure.

It’s also a cool dimension of this show to see the investigation unfold. The clues to unravelling the mystery are in the episode. I found myself going back through the episode to see where they manifested. Of course, my observant kid had already picked out the ones that I missed and it was really entertaining to see her try to figure out the solution as well. So with an audience age ranging from ten to well, far more than ten I assure you, there’s a lot of potential reach for this show.

It’s a winner in my book. Supernatural mysteries, Magician and escapology performances and Sherlock Holmes references all framed within a historical context ripe for discussion make this an exciting show to share and enjoy.

Of course, a little bit of geeking out with the kid doesn’t hurt either!

Houdini and Doyle premieres in Canada on Global Television on Monday, May 2 at 9pm ET/PT.