In defense of ‘Girls’ whiteness and lack of racial diversity

Well, Season 3 of Girls is in full swing and our TV writer Charlotte has already reviewed the first couple of episodes.

It’s while editing her fine review that I remembered all the posts I had read early last year on various sites criticizing the show’s handling of race (or lack thereof). I also remembered that I had always wanted to write a piece defending the “whiteness” of the show that various critics and commentators were calling it out on.

“Where my  girls at?” asked Jenna Wortham [emphasis mine], a reporter for The New York Times, in a post for Hairpin.com back during the show’s first season. She was far from alone in her question or sentiment. In fact, I saw similar posts all over the place. In a post for Racialicious.com, Kendra James wrote the following:

“If Lena Dunham and I come from similar educational backgrounds, honed our writing and narrative skills at the same school (and likely with some of the same professors), and grew up spending time in the same city (she’s from Tribeca, and I was a bridge-and-tunnel kid from a nice New Jersey suburb about 30 minutes away), then how could we conceive such radically different images of New York City?”

One post even went so far as to suggest that Season 1 of Girls was like Dunham’s accidental “f**k you” to people of color, though I don’t remember which site it was on and can’t find it again to link to it.

These are just a few examples among many that I could cite. And while for the time being the criticism has hushed somewhat, now that Season 3 is under way I suspect that sooner or later it will return. Moreover even though my defense of Girls is very belated, intrinsic to this defense is a defense of the (*insert race*)-ness of any show, film, novel or work of art.

For me, personally, I prefer authenticity. NYC itself is a very diverse city, it’s true, but it’s also true that for quite a lot of people who live there, the actual level of real, deep interaction, not just commercial transactions, with those outside the social circles they’re used to is pretty limited. It’s not wrong per se, it just is (unless they let that limited experience become cause for ignorance and insensitivity towards others which is indeed sometimes the case).

I could be in the East Village, surrounded by a rainbow of cultures and ethnicities, but then go to a restaurant on the Upper East Side to meet someone and be the only non-white person in a roomful of affluent white people. And I’m pretty sure many of them rarely stray beyond their comfort zones, at least not willingly. It’s amazing how white New York can actually be at times, depending on where you are. Again, I’m not judging this; it just this. But if that’s an artist/character’s world, and I’m reading or watching a story about her, that’s what I want to see—her real, authentic daily experience, not a self-conscious attempt to cater to a certain demographic and make people happy.

It’s the same reason I enjoy watching films by Martin Scorsese, Woody Allen or Francis Ford Coppola, for example (especially their earlier ones), and not consider the lack of black, Latino or Asian characters in itself as being negligent, let alone racist, or misrepresenting New York. They’re just representing their worlds. Of course, their characters, on the other hand (as when characters in a Scorsese film talk about blacks or Latinos using the n- and s- words) might very well be racist. 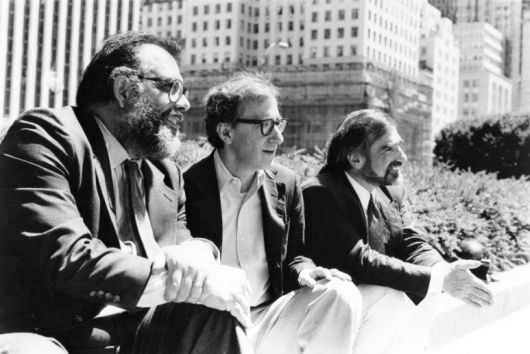 Spike Lee’s early films weren’t criticized as being too black or inaccurately portraying NYC. Why? Because, first of all, he was authentically portraying the daily reality of many black people in the city and, secondly, even though the films themselves weren’t ethnically diverse they were filling in a deeply felt gap in the media, a lack of self-represented stories of the urban black experience. This is why these are important films worth honoring and treasuring even if, on occasion, they contain some problematic depictions (like Steve Park’s Korean grocer in Do the Right Thing).

This is the real issue at heart, a continued lack of greater diversity in the media despite what has been quite a lot of progress over the years. But, again, I doubt there’s much conscious or intentional ill will behind it at this point. Artists are just depicting what they’re used to in life. And because it’s a societal problem, not an artistic one, I don’t feel it does much good to vocally demand that every work by every artist represent every demographic.

The duty of an artist, if there even is one, is to be honest and true to her own story, not to be true to your story. If the story she creates doesn’t contain much of you, that’s because there isn’t much of you in her actual life, like it or not. To fault the show for that is to confuse the work of art with the social reality it is depicting. It is the social reality, therefore, that we need to work on and improve, if anything, not the show. Work on that and I guarantee art and the media will balance themselves out.

There are those who would respond to that by saying (and I used to be one of them): but media influences society so we need to fix the media to fix society. True to a degree, yes, but I argue that the social reality is the chicken here and that the chicken comes before the egg.

Trust me, I know—oh, man, how I know—and relate to the deep desire and need to see more of yourself on the screen, but asking an artist to change how she writes her show is just a short-term, band-aid of a solution. It is asking her to break that one arguable duty of an artist that I mentioned: to be honest.  Forcing the issue often leads to the kind of awkwardness that we saw when Lena Dunham tried to write in a few characters of color in Season 2 in response to the criticism against her. It wasn’t badly done. I thought Hannah’s short-lived romance with Sandy the conservative, black law student was quite well done, actually, but there was a slight, nagging sense of something a bit unnatural and forced.

Don’t get me wrong, I think it’s great when artists sincerely try to address the race issue in their work. And Lena Dunham did try (and may very well continue to try). I just don’t think it is either her moral or artistic obligation to do so.

It’s a tough, complex issue and the funny thing is white artists will sometimes get criticized no matter what they do. Quentin Tarantino, for instance, gets widely criticized for using black characters the way he does. And though I don’t remember specific cases of this, I bet there were probably criticisms against the way Dunham tried to incorporate a few characters of color in response to the criticism she got in the first place. I bet some people probably called Sandy a token black character, written in to appease the critics and then promptly written out.

This is why I imagine it must feel like a Catch-22 at times for some white artists. It’s also why for me, personally, I just prefer that all artists be true to their voice and experience. To expand this discussion beyond Girls a bit, in Tarantino’s case, I happen to believe that he is being true to his voice and experience, not in the sense of reflecting reality accurately but in the sense that he grew up watching tons of blaxploitation films from the 70s and is simply writing the same kind of archetypical fantasy characters he grew up with.

In the end, I think that something better well-meaning critics and audiences can do is, instead of asking and expecting all artists to represent everyone, they should try to support the arts and art programs more in general, and to help give a more diverse range of artists the support, exposure and resources they need so that more people can tell their stories and then audiences can pick and choose the ones that they like or that feel real and true to them. Or they can just pick up their pens and write their own stories. All this takes more work and time, obviously, but it’s the only true solution that doesn’t compromise artistic honesty and integrity in the name of political correctness.