Taking care of Earth and each other: Interview with the ‘Endlings’ stars and creator

I don’t normally cover kids’ television, but CBC and HULU’s latest show, Endlings has a cast of kids who hold a particular appeal to me in that these are kids who know their own voices. As a dad and a teacher, that’s very important to pay attention to and celebrate.

Endlings is a science-fiction show set in the near future where climate change has threatened the very existence of some of the most prolific and essential species on the planet. When an alien conservationist visits Earth to preserve the last African elephant, his ship is damaged, releasing his preserved alien creatures on the planet. This brings him into contact with orphans in foster care, “endlings” in their own right, learning and understanding about each other’s griefs, traumas and hardships as they seek to recover the alien creatures.

I was able to sit down with show creator, J.J. Johnson, and its stars, Michela Luci and Kamaia Fairburn, and talk about the messages these voices have to offer on this show.

”I think one of the main messages of the show is to have empathy – but having empathy for yourself, Kamaia Fairburn, who plays Julia, offered. “If you can forgive yourself then you can help people beyond and things beyond you, like the environment, the animals.”

Michela Luci, who plays the brash and adventurous Tabby in the show, continued: “Yeah, in the show we obviously see the individual hurts of each kid and Mr. Leopold, and we see how they’re using that but they’re still doing good for all those around them. They’re not just focused on the thing that brings them down. They’re trying to find things that help them feel better or learn about why things happen. The four foster kids and Mr. Leopold, even the creatures around them – they all relate to each other and I think that really helps the kids and Mr. Leopold figure out their problems and grief.”

Empathy is a difficult trait to master, but an important one for young people to try. The four orphans in this show all live on a farm in foster care under the watchful eye of Mr. Leopold. When Julia comes to stay at the farm for the first time, she has recently lost her father and has a history of running from foster homes. She learns about the importance of family – even the family we choose – as well as responsibility, seeing past one’s own concerns and the ability to prioritize greater goods, i.e. others’ needs before your own.

Endlings has my attention because of the thoughtfully bold way it seeks to tackle these themes. It allows the four young characters all the important information and tools they need in order to develop their own self-directed inquiry method of solving their own problems. Individual inquiry-based learning is a very current stream in educational theory and this is an illustration of how it can work to not only solve the immediate problems in our lives but also about the events and circumstances in the world around us.

J.J. Johnson provided some more insight into this:

“For us, the over-arching messaging of the show is how to move from self-focus to then thinking about the people around you, and like Kamaia said, THEN beyond that, the other living beings that we share the planet with. And I think that’s a tough thing. There’s a lot of serious stuff that has happened to lots of people, kids, adults that’s hard to get over. But this show is trying to instill the idea that there is a calling beyond ourselves, and part of that is how we look after our planet and each other.”

It’s not easy, though. Individuals have preconceived notions, prejudices which warp perceptions and get in the way of being able to help each other. The question then, is how do we manage to see past the monsters we create to get to that point? For instance, the Alien conservator that Wildlife activist Abiona (played by Star Trek Discovery’s Oyin Oladejo) meets is instantly greeted with hostility and aggression as the last African elephant is spirited away to the alien’s spacecraft. However, while the action is misinterpreted as violent, the intentions are actually positive. That begs the question, how can kids learn to get past those notions?

“I think it’s really, just, when you see something, there’s a natural instinct of judgement. You see something and you automatically think it’s mean or scary,” Michela volunteered. “But I think in the show we learn that you can’t just look at someone and decide who they are; you have to learn about them and their history and where they came from. Like, what they’ve experienced or been through? I think that obviously ties in with the kids in the show and Mr. Leopold, and I think from their past experiences, they’ve probably been judged a lot being in foster care, and I think they just took the lessons they’ve learned from their personal lives. We just need to be more mindful.”

It’s important to note that sometimes kids don’t feel that they need to learn about something. In the show, Julia resists joining yet another foster home, angry and swept up in her grief.

“I like that the Endlings are these fantastical creatures released on this farm, don’t know that they need to be saved,” Johnson noted. “Hopefully that mirrors these characters who don’t know that they need help also, and they kinda figure out together how to emotionally support each other, and through that they are able to look beyond themselves. So that’s the fun of getting to play with all these characters, that they learn more about each other from episode to episode.”

While there is a lot to be said for young people to learn by exploring their surroundings and sharing themselves and their discoveries with each other, it’s essential that there is the presence of a mentoring figure who models patience and tolerance in allowing them the freedom to make mistakes. Mistakes are essential learning tools for young people as well and a character like Mr. Leopold is essential to a show that demonstrates the independent learning kids are capable of.

“I think he’s very important,” Kamaia Fairburn observed. “He’s like the father-figure. At the beginning of Season One, Julia comes into this new household. She’s definitely gone through a lot, like the passing of her father. Mr. Leopold shows her that she can be loved; she can have a good life. She just needs to overcome what she’s gone through and just open her heart to her new family.”

Johnson had this to offer:

“I like that he knows how to give people space. He knows what Julia is going through because he’s seen it before, but he’s willing to let her make those mistakes, because he knows that’s the process she needs to go through. I think that’s the lesson that a lot of us need to learn. We’re obviously inspired by some of these young environmentalists, and in some ways, to help them we just need to get out of their way. Let them do this and be the supportive voice, but let them drive the conversation. [Speaking to Kamaia and Michela] I believe that it will be your generation that will have the best chance of saving the world. We don’t have the same time frame.”

Inspired by the WWF’s report approximately three years ago showing the decline and vulnerable or endangered status of species like the African Elephant in the world, Johnson sees this show as a chance to bring attention to the issue but clearly in a way that allows kids to see and voice the issue in their own terms. The realization that this happened while Johnson was a kid and that the adults at the time had not handled the situation was a shocking moment of realization for him. Endlings is a hope and a prompt for the conversation to happen that clearly allows young people to do so through the lens of a science fiction show. It’s a dynamic way for these students of life and the environment to teach the rest of the world what they have learned. 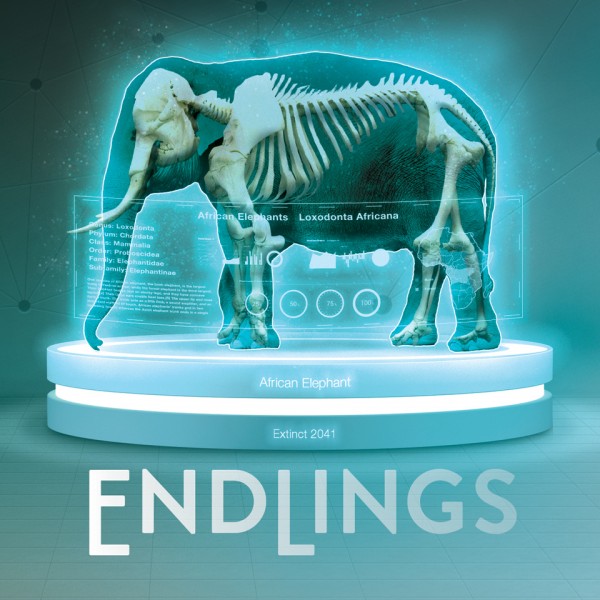 “My favourite scenes to film are the more emotional ones,” Michela put in, when asked about favourite moments. “I think because the show is so different, and the characters are so complex, that’s it’s just fun for me to explore my character. I’m still learning about my character as I go. It’s a learning experience and I like to explore as an actor and I think it’s super fun to do that stuff.”

Kamaia shared her favourite moment: “My favourite scene is when Julia is a bit stuck in her feelings. She’s down and she feels like she has it the worst out of everyone. And then Tabby says, ‘Do you think you’re the only one who’s going through something? We’ve all been through something.’ So, you just can’t focus on yourself and ignore what everyone is going through. We’re all working through our own problems.”

While Endlings is an entertaining learning opportunity about stewardship over the environment, it’s framed by tolerance, understanding and patience. It’s incumbent upon adults to allow young people the chance to express and a forum to understand. That involves letting kids make mistakes. Mistakes aren’t bad – the mindset that we need to avoid mistakes denies a vital part of the learning process. But that learning can only happen when people are in a tolerant and patient mindset to make mistakes a part of that experience.

“Realizing that we’re all in this together,” Johnson added, “whatever this is, whatever boundaries that we have? This world is what it is, and it’s made up of all of us and until we start to really lean on each other, we can’t make the kind of change that we need to make. Who are we as people? How do we learn and learn to be better?”

A home is where a family lives. The Earth is our home and we live here. But I can’t think of a better learning environment than a family one, in which relationships are formed through mutual cooperation, patience and understanding – that’s a perfect set of circumstances for learning and we need to regard each other as family taking care of our home.

As a teacher and a parent, the content in this show matters to me because it shows us how and when a child’s voice is heard best.