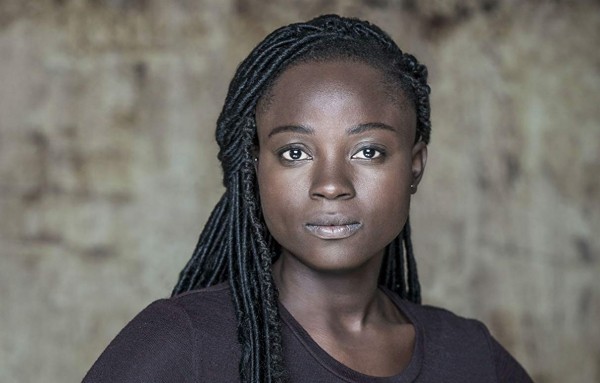 Enjoying the genre of science fiction, whether you are an observer or a participant, means that there is a sense of childhood wonder that goes along with supporting the willful sense of disbelief. It’s integral to the genre. Science fiction may have a degree of scientific principles involved in order to package the story, but at its heart, there is still a whisper of fantasy that makes it possible.

We were able to sit down with Star Trek: Discovery’s Oyin Oladejo and star of the CBC/HULU sci-fi Endlings and talk to her about her insights into science fiction.

“To be honest with you, I was never exposed to the genre of sci-fi, back home,” she said. “I never knew what that meant until I got the role on Star Trek! When I got it, I was like ‘oh yeah, I booked a job on a series, by the way, something called Star Trek …’, and my friends’ jaws would drop! To me, it’s another gig that I was excited about, but they would say to me, this is a franchise that will stay with me for the rest of my life! [laughter] But, the more I worked on both Star Trek and Endlings, I started to see a correlation between these two worlds, where we’re bringing different people, different species together – in bridging a gap between humans and that world. But also understanding how huge a part science plays in our world. I mean, not everyone reads science journals every day, and science fiction gives you the information you need to figure out what’s happening in our world.”

Though the audience age-groupings for these two shows is fairly different, they both still share a similar sophistication in the way that they use the genre of science fiction to relate real issues in the world to them. Star Trek is well-known for pioneering this approach. Endlings is a worthy successor to it.

As a newcomer to science fiction, Oyin remarked that she noticed that there we have a tendency to separate science and humanity. I asked her what she meant by that.

“Being empathetic, sensitive, kind and caring aren’t outside the realm of science fiction. Star Trek, Endlings – the shows we see – are telling you that these two worlds can belong together. Hard science and the fickleness of humanity, these two worlds can come together and make for a powerful joining. We are not the only creatures on this planet. Science fiction helps us to expose that by dealing with another world, it helps us to deal with different beings and cultures.”

It’s a common theme in Star Trek, and clearly one that Oyin is well-disposed towards. Endlings is about four orphans who, themselves, are endlings in a way. Set in the near future, Earth is enduring with climate change, seeing the end of certain species, including the African Elephant. When an alien conservator tries to rescue and preserve the last African Elephant from its Kenyan preserve, it crash-lands on Earth and in particular, the farm where these four orphans live. Its cargo of alien species is deposited on the farm and the four children have to open themselves to each other in an attempt to rescue them as well. Oyin plays the preserve keeper who arrives on the farm in search of her elephant.

In the garb of science fiction, this show tells the story of four people learning to embrace different cultures, see past their own differences in a way of working together in pursuit of a higher goal. It is about humanity at its most innocent, trying to be its very best when faced with the alien unknown.

Given that some of the most prominent scientists in history were devout members of faith, I asked Oyin if we could explore how faith is inspired by science.

“Let’s talk about Star Trek for one. During our table reads, for example, they write these stories about interacting with different people and species from different worlds. But we are all the same. Without science trying to figure out those worlds, would we be able figure that out? I mean, we had people from NASA join us on set, and there was one woman in particular, who said that her job was to look for aliens; to see if they exist. That’s her job! In real life! We are making belief through pretend! But when they arrived, they were floored because they are like: this is our life – this is what we do. But you are making it more beautiful and exciting. We see you make our job fun, exciting and come to life. They feel excited about being scientists through art and on a regular work level, that’s inspiring.”

Dealing with aliens is something common in both Endlings and Star Trek because the way that Humanity deals with other species reveals how we treat each other. It’s a measure of our hearts.

“Knowing that I have to confront my biases when dealing with another world, another species allows me to open my heart a little bit more, to actually see forgiveness, patience and all these things. That’s what I mean by science helping me get deeper into my faith. Seeing an alien in front of you, you get scared, right? But dealing with these subject matters I am able to see what it means to deal with differences and have patience and forgiveness for these differences.”

J.J. Johnson, creator of Endlings, offered a similar perspective when I interviewed him. You can read that interview here. I brought that up with Oyin.

“Yes! When you first see my character on Endlings, she is leaving Africa and I come to North America and my first violent act is to hit an alien with my car! I ask: ‘is it dead yet?’ Because I didn’t care. I have no relationship to it. I’m a conservationist, taking care of animals and protecting them from going extinct. Yet on the other end, I see an alien creature that does not look like anything I am used to and I am ready to kill it. I feel like, delving deeper into these worlds, using aliens to name people from different cultures, we open our hearts up a little, at least for me.”

It helps to define our humanity, I offered.

A personal moment for me was spending time in Botswana in an Elephant reserve. I was able to interact with a magnificent creature that was so foreign to me allowed me to overcome my fear of its immensity and see its gentle soul. I was reminded of this encounter as Oyin recently returned to Africa after 17 years of being away from her home. I described the encounter to Oyin.

“I was so grateful to Endlings because I got to back to my homeland! It was my first chance to see an elephant up front. The eyes! I don’t know if you noticed this, but their eyes are so human. They look right into you.”

I asked Oyin if she ever brought up any of these topics with her castmates from either show.

“Not really.” She admitted. “There are some of the cast I can talk to on Star Trek because I think they are moved by the show for several reasons. But, topics like these? I’m more of a big goof! Even on Endlings, it’s the kids who are always telling me to calm down – calm down, Oyin! They tell me. Go sit in a corner until you calm down, they tell me! (Laughter) I’m a big child!”

But that’s another of the wonderful aspects of science-fiction, is that ability to believe with a child-like sense of wonder. Oyin’s laughter was infectious and we both had to calm down before we talked about that further.

“Science Fiction is a combination of entertainment and education. Out of any genre, Science Fiction is the one genre that allows us to go deeper into topics that are difficult to talk about: politics, religion, social issues, cultural issues, inclusivity, race. I may be wrong, but I feel like Science Fiction is the only genre that can allow people to go there. When it first aired, I know that people didn’t like Star Trek because they thought it was too dark. I understand that. But there was a lot of action to it too and I think that’s necessary because we need the playful side of life. I love the action, but in the action the right thing can be said that, well, with me, it hits a nerve and I cry and it makes me think. Those two things: deep thinking and play – the world needs a bit of both.”

I asked Oyin to think if there were any sci-fi stories that resonated with her. After great thought and consideration, she mentioned The Fifth Element and the character of the Diva Plavalaguna was one who stood out for her. There is no surprise that this would be a character that Oyin would respond to, given that the Diva is a character who is not only entrusted with the coming of a prophesized being who would ensure the survival of the galaxy. A character with near-religious significance in this story who goes far to reinforce Oyin’s connection to the spiritual side of science fiction.

I asked if she felt there were any similarities between the two characters in the respective television shows.

“Abiona is a conservationist and she’s saving the world. That’s why Joanne Owosekun joined Starfleet – for the same reason. They both have conviction that they are about service but they go about it from two different ways!”

In the heart of science fiction there is a whisper of fantasy that makes all of it possible. But, if you look deeper, there’s also the humanity that we all share that turns us into children of wonder. In the end, it’s science that shows us the joy in discovery.