The Pop Mythologist January 17, 2014 Hero of the Month 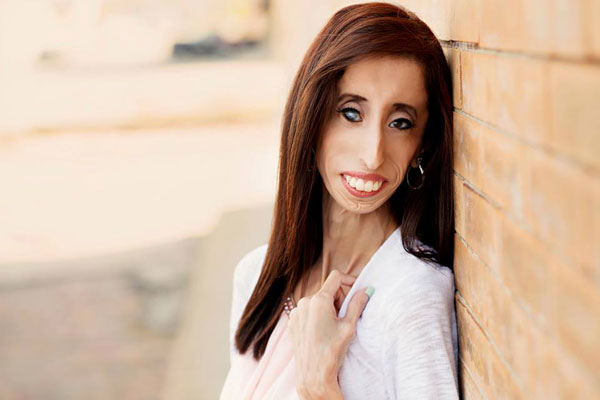 Editor’s note: This is the first entry of a new series and so I begin it with an introduction. Read it first if you’re interested in the thought process behind it. If not, skip down to where I begin talking about Lizzie.

I’ve said this so now I need to explain it.

By worship I do mean quite literally. But before I anger or annoy any vigilant religious folks or atheists out there let me quickly add that this is in the ancient, original sense of the word “worship.” The prefix “wor-“ comes from the old English word weorp meaning “honorable, noble, highly deserving of appreciation,” and the suffix “-ship” indicates the quality or state of being—hence “a noble one worthy of my deep appreciation.”

Next, by “heroes” I mean both the ones in fictitious stories that I write about on this site in Applied Pop Culture and the real ones who walk among us—no, who are  us (but which many of us don’t know and therefore cannot live out).

Real-life heroes aren’t as important to me as the imaginary ones I often write about. They are more important. In the end, I don’t really care as much about the imaginary ones as some people think I do. The imaginary ones are but the shadows, the echoes, of the real heroes whom I truly worship the most. The reason I think and write so much about the shadows is because, as in Plato’s cave allegory, people are transfixed and mesmerized by them (for good reasons). So one of my missions in life is to use those shadows and to say, “Yes, by all means enjoy these shadows. They are indeed beautiful. But do you want to see something even more  beautiful? Turn around.”

What I want them to ultimately see when they turn around is themselves, but that can be too great a leap for some. The intermediary steps then are to see, first of all, how other real-life people reflect the ideals and values of our most beloved fictional ones. For various reasons, this is easiest when starting with public figures. The next step after that is to see ordinary people who are not famous but who also reflect those ideals and values. The final step is to see oneself as a hero and to choose to commit to one’s highest ideals if one does not already do so, or to choose ideals if one does not have any.

It’s because of this that I’ve decided to start a monthly Hero of the Month spotlight post. Some of these people might be well-known to varying degrees, some of them might not be. But the unifying thread is that they are all real, as real as you and me, yet who reflect the essence of the characters in our pop mythology that we love so much.

My goal with these posts is to consistently provide, in one place, the inspiration you need to persevere in whatever it is you are trying to do whether it’s write the Great American novel or simply to stay alive for just staying alive can often be just as lofty a goal, and no less honorable, than creating something great. These posts are here to remind you that, yes, life is extremely, extremely hard. But you can take the lead that life showers upon you and turn it into gold.

If these people do it, you can too. Their struggles and triumphs do not undermine the scale or importance of yours; rather, they validate them. For we are all mirrors of each other in different ways. Every story is just another permutation of the one story, the one hero’s journey, the hero with a thousand faces.

The hero who is you.

“He had been persecuted and despised for his ugliness, and now he heard them say he was the most beautiful of all the birds. Even the elder-tree bent down its bows into the water before him, and the sun shone warm and bright.”

You can probably guess this line as coming from the Hans Christian Andersen’s story, “The Ugly Duckling,” just one among many tales that show how the intertwining themes of “beauty” and “ugliness” are as timeless in myth and folklore as any.

Imagine beauty so magnificent that even the elder tree, Nature itself, bows down to it. I’m about to show you such beauty in a minute, beauty that I’d get down on my hands and knees and kiss the feet of if I could (but since I can’t this post will have to do).

First, I want to quickly talk about Hephaestus, a Greek god who was born into divinity but cast out of Olympus for his physical ugliness and disabilities. Angry and miserable, he vowed to get even and he did. But he didn’t do it by hurting others. He did it by bettering himself. He worked harder than any of the other lazy, petty, narcissistic gods in the Olympian pantheon ever did. The very symbols that represent Hephaestus, in fact, are symbols of work—the hammer, anvil and forge—tools of hard labor that ultimately yield creations which benefit all of society.

The myth of Hephaestus is one of my favorites because it is so powerful and redeeming, and nowhere in recent memory has anyone’s story lived out the themes and lessons of the Hephaestian myth in as inspiring a way for me as Lizzie Velazquez.

Let’s begin with this video, a TED talk that Lizzie gave and uploaded onto YouTube in late Dec. If you haven’t heard of her, all the background info you need is provided in the talk itself. Watch it now if you haven’t already.

She’s a marvelous public speaker, one of the best I’ve come across in a while. This next, older video covers much of the same ground but is very much worth watching as well for certain other points she makes (I quite liked the point about the “one good cry”). One of the most important additional points she makes is that, essentially, that horrible YouTube video that called her “the ugliest woman in the world” was the turning point and key to her success (at the 9:15 time mark).

This, ladies and gentleman, this is one of the key themes that I keep playing over and over in different variations in my writing be it my post about Batman, Hellboy, Superman, the X-Men or others: that adversity can be the catalyst to transformation if you have the will to make it so.

My head spins at the so many ways in which Lizzie’s life and choices reflect the essence of both the Hephaestian myth and the Hero’s Journey in general (for more of her story check out her book Be Beautiful, Be You).  But since doing so would make this post too long I’ll just summarize the gist of it.

Now, in my first and second posts on Batman I’ve talked about practicing a positive, proactive psychology of negative emotions, and in those posts I mostly discussed anger, fear and despair, respectively, though all negative feelings apply. See, I don’t believe in indulging or feeding negative feelings the way people habitually do, but I don’t believe in trying to smother or eliminate the ones that come up either. Nor do I believe in enduring the evils of the world passively.

In my posts on Gravity and on A Christmas Carol  I’ve also talked about the power of imagination to vividly imagine ourselves in a fictitious character or real person’s shoes as a way to essentially undergo the same character arc and growth that they underwent in a compressed period of time.

So take a moment to imagine—I mean, just imagine—the scale of pain, anger and loneliness that Lizzie must have felt and must still, on occasion, feel when people attack her in various ways, the YouTube video she talks about being one of the most egregious examples.

And yet she used it. Like Hephaestus she used her pain to exact righteous, divine vengeance, not by hurting others but to keep working hard and bettering herself until finally she is now in a position to help others do the same. This, to me, is the original and true meaning of a spiritual idea now perverted beyond recognition, the idea of jihad, or of taking darkness and transmuting it into the work of God.

Like Hephaestus, Lizzie Velasquez has torn away the gate to Olympus and boldly reclaimed her rightful place within the halls of divinity, goddess that she is and always was.

I know not where such courage and strength comes from. I know only that witnessing it feels like I am witnessing the majesty of God itself. It is sacred and awe-inspiring and takes my breath away. It is why I do what I do. It is why I worship heroes.

And it is why I worship Lizzie Velasquez, my Hero of the Month for January of this year of our Lord, two thousand fourteen.