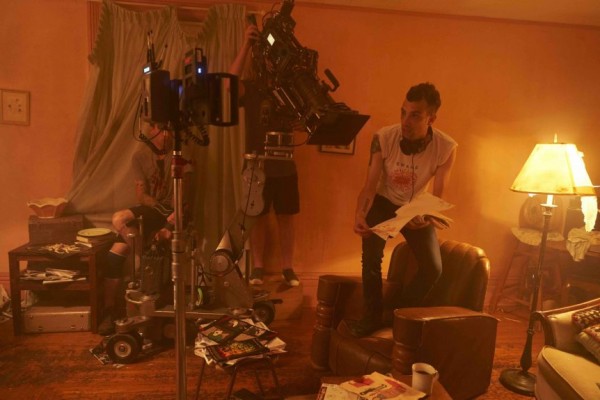 “It really is about the theme,“ Jay Baruchel told me about the nature of his collaboration with comic master-talent Jimmy Palmiotti on the release of Jay’s newest film project, Random Acts of Violence.

Based on the graphic novel of the same name by Palmiotti and Justin Gray, it’s a horror story of a comic writer and artist’s latest comic sensation, based on the real-life events of a gruesome murder, “Slasherman,” in which Todd and his business partner, Ezra, discover that a fan is actually more than just an avid reader and embarks upon a twisted relationship between the comic creators and their loved ones.

In both mediums, the story’s antagonist is a character who literally revels in the glory of brutality and an examination of the horror he creates. As we watch, violence as an inspiration takes a toll on both the creator and the audience, which is a theme that requires both creators to be on the same wavelength when it came to the adaption of the story. Between the two men, it was apparent that not only did they have the same appreciation for the elements of the story but had also fostered a relationship of mutual respect that yielded a story that both could enjoy.

“To be honest, Jay was very passionate about this,” Jimmy said. “I’ve worked on a lot of properties that have been adapted. For me, whatever Jay did, the book was never going to change. The book is always going to be there. The fun part is going back to see how it’s different. But it’s not my place to tell Jay what to do or say. Jay made this a more personal story than the book and the themes were still there.”

It’s the nature of the collaboration when adapting a property that makes a project successful, in my humble opinion. Discovering the relationship between these two creators was as entertaining to learn about as seeing the interpretation of the story into film.

“Jay had a definite vision,” Jimmy continued. “Being a producer on this film, it wasn’t my job to tell the artist this doesn’t fit or this doesn’t work. It was my job to let him tell his interpretation and go crazy. I didn’t want the same thing; the book covered that. The comic community is funny, sometimes. You can give them something different and they complain that it should have been exactly as the book; you give them something different, and they tell … ehh, it could have been better!”

“Thanks for calling me an artist!” Jay Baruchel laughingly piped in. “I appreciate it!”

“Jay saw the story within the story,” Jimmy added. 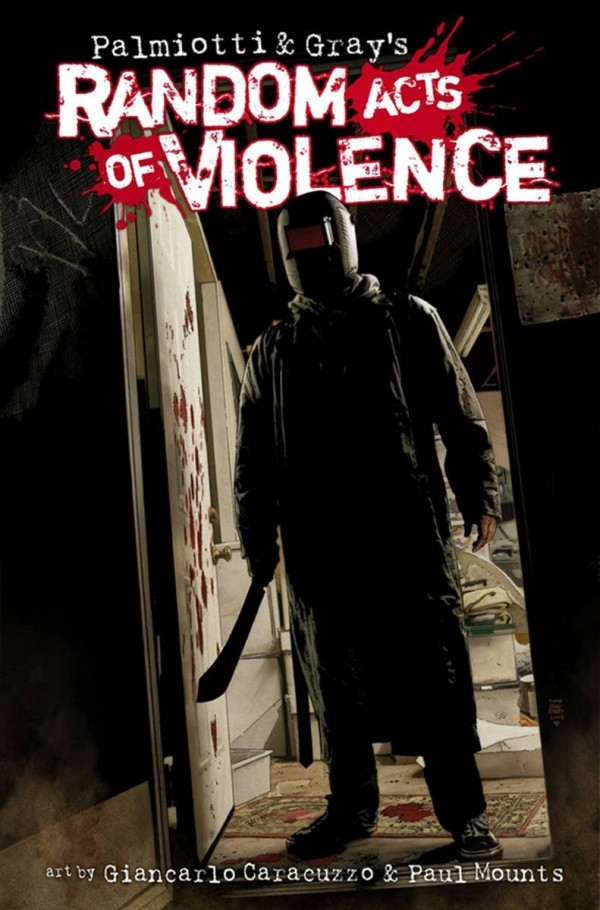 Two different mediums showing two different aspects of the same story. Like Jimmy said, Jay’s perception of the underlying themes in the book allowed him to re-shape them into a story that, while it may not have been exactly the same as the comic, still allowed for another viewpoint that created an entertaining and suspenseful film.

It’s important to state that the film and the comic aren’t miles apart in nature; after all, the story lies squarely in the realm of gore horror, and so do the two projects. I mean, the project title of Slasherman in both renditions is still the same; and the violence is pretty explicit in both. I think for me it’s not just about the quality of the film’s presentation and its faithfulness to the original story, but the nature of the collaboration between the creators that captures my attention. In trying to retain its essence, there are only so many ways that you can tell the same story. For it to integrally move between mediums, there have to be like-minded creators who care enough about it and each other’s point of view.

The film doesn’t seek to “one-up” the comic, and the integrity of the comic’s source material is upheld and respected. 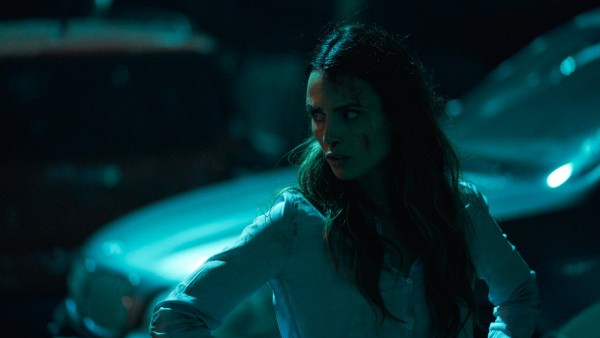 Jay Baruchel’s work in film and his status as a card-carrying comic geek are well-established. Jimmy Palmiotti is a revered, veteran comic writer who has scores of successes to his name. They were a good match for a collaborative team, each with their own perspective and artistic gifts to lend to the telling of the story, even a story as deeply immersed in violence like this one.

“Actual violence obviously shouldn’t be art. But it’s the way you approach the violence. For me, it’s comics – for Jay, it’s films. In the comic, we had a responsibility to present this in a way that people should understand is entertainment. We’re not giving instructions to people to be serial killers; we’re telling a story. What the movie does, people’s own perspective of the art we create, we don’t control what they do with it. On one level, you have to be careful what you create, not everybody can see it from the perspective you are creating. That’s the beauty of art, it inspires different ways of looking at it. Reading this book, you understand it’s a comic book and that it’s not real, but the inspiration of the story – you can’t control what someone will do with it. That’s scary. “

“From a dispassionate perspective,” Jay added, “what the killer does, is art. It’s not good or right, but he’s creating in the medium he’s chosen. So, in terms of what is art, that was really interesting to me.”

Jimmy admitted that the film takes the work that he and Justin Gray did one step further. He invited Jay to expand on that idea.

“For me, we wanted to go as harsh as we could conceivably go,” said Jay. “I mean, you go to see a horror movie to be scared. Trying to figure out what is scary in 2020, the only limits we imposed upon ourselves were a reality ceiling. We wanted shit to happen as best we could. We wanted to get as anatomically correct as we could and be as real as possible. So, number one: when you watch something outlandish in a movie, you might be entertained, but are you scared? We wanted to scare people. Number two: we purposefully took the fun out of our violence to prove a perfect counterpoint to the relish that Todd was approaching the violence in the comic book. We put as much humanity into the film as we could, and that included the killer. We didn’t want to give people the impression that this was a super villain but just a human being with a broken mind.”

Of course, the film is scary. But, it’s a fear borne out of measure and a lockstep understanding of how to best represent that fear to an audience. While Jimmy and Justin presented the foundation for Jay to build on, it’s Jay’s drive to push that audience to another level of fear that makes the audience want to go back and find the book to see the differences in the presentation. If not, then at the very least it allows for that original presentation of the Slasherman character to be brought to life to properly scare the audience in a way that makes people wonder about it.

That’s the type of collaboration I am in awe of. That two creators can find a partnership of storytelling so thoroughly in synch with each other is not only something that sets a standard for more comic adaptations, but can also serve as a model for like-minded partnerships.

I think that’s a theme I’d like to see developed.

Random Acts of Violence– the graphic novel is published by Image Comics and the film can be streamed on SHUDDER.