Dark Matter is presently one of SyFy Channel’s hottest science fiction series right now and Pop Mythology was really lucky to talk to one of the actors that make it such a memorable show.

If you haven’t caught Jeff Teravainen’s performance as Lt. Anders on Dark Matter, then you might have caught him as Agent Stack on 12 Monkeys. Teravainen is also scheduled to appear on in the upcoming series The Expanse but can’t say too much about it yet.

“Yeah, shows like this, they’re really secretive about the plot,” Jeff chuckled. Of course, the fact that he can’t talk too much about his involvement just hints at unspoken volumes about how great that show will be.

But of course, the secretiveness didn’t stop us from talking about the current incredible golden age of science fiction that Canadian actors like Jeff are currently finding themselves in and the calibre of talent that science-fiction audiences are fortunate to enjoy.

Starting with Dark Matter, Jeff is in good company with some of the most talented actors that Canada can offer. His praise for colleague, Melissa O’Neill, speaks highly about his taste in productions as well as castmates.

“I am absolutely floored,” he said. “One of the hardest things is stunt work and fighting, and having watched her in real life and footage … she’s a machine.”

Jeff is no slouch in this department either. Given the fact that he has an intimidating 6”2’ frame and has a wont for playing military types, this is high praise for his colleague indeed. It says a lot about him that he was so easily able to appreciate this dimension of another castmate’s talents.

Dark Matter is also representative of some of the leading trends in science fiction, including the role of women in television. Talking about actresses like Melissa O’Neill, Amanda Tapping, Torri Higginson – Canada has a lot to offer the realm of sci-fi television in terms of powerful leading character actresses. Dark Matter and shows like Killjoys are representing female characters extremely well, and Jeff fully concurs with this assessment.

“That’s one of the great things about this show,” he agreed. “We have strong, female leads with juicy, high-profile roles. You’re seeing non-stereotypical roles played by women and that’s just great. Melissa kills it but we also have Amanda Tapping and she’s become a great director and that’s a place where we need to see great women too.”

But Jeff’s appreciation also extends to actors like Roger Cross and David Hewlett. Hewlett presents a thoughtful actor in this series but has a rich background in sci-fi that Jeff also applauds.

“This is like a secret weapon [for Canadian shows]. You get fans who love these guys and I’m amazed by followers of Stargate SG-1 who continue to follow these guys around the web.”

Talking about Roger Cross, Jeff related what good company he was in.

“I’ve been a fan of his for such a long time. It goes back to the fact that you’ve been watching these people work for such a long time – I mean Roger Cross! X-Files … an amazing show, right? And the next day, you’re working with him! The nicest guy in the world, you have so much fun and you collaborate with him and well, I feel very fortunate to be doing what I do.”

There’s massive array of Canadian sci-fi for fans to choose from. Shows like Dark Matter, Killjoys, The Expanse and Jeff’s other awesome show, 12 Monkeys are all incredible examples of the variety that is available.

“Dark Matter has an edge and Killjoys, for that matter, are both fun shows,” Jeff said. “The Expanse is a lot more serious and 12 Monkeys is a more darker show. But those would be appealing to a wide range of audience. I keep encouraging people – you gotta check them all out! And the folks at Space and SyFy are happy with the ratings so they’ll keep putting them out.”

Actor recognition is also a great asset to Canadian television. The fact that an actor from Orphan Black can show up on Murdoch Mysteries or Killjoys is a very healthy phenomenon for the growing sci-fi industry in this country. Even Jeff’s appearance on three different sci-fi shows is evidence of this.

“Oh yeah, it’s gratifying to see that. There’s a lot more movement around and there’s the new scene in Vancouver too. And Kristian Bruun? That guy’s taking off!”

Space released the numbers for Dark Matter’s audience ratings this week. With over 440,000 audience viewers watching the Season Two premiere, both it and Killjoys made Space the most watched channel in that timeslot. With trending hashtags on both sides of the border, it’s clear that the audiences in both Canada and the U.S. are loving and supporting the growth of this entertainment medium in Canada. Clearly, Jeff and his castmates are doing well.

There’s also a very inclusive atmosphere on the set too. Jeff first appeared in the eighth episode of the first season. Then he showed up in Episode 13 and now we are in to the second season, where we will see more of Lieutenant Anders.

“Oh, yeah. For sure. When I first showed up on set – I was immediately welcomed. It’s a great cast – very much like a family. If we were like a family, I’d have to say I’d be like the cousin. As I joined late.”

With a few chuckles, Jeff went on to describe a funny anecdote about life on the set.

“A funny story I can tell you about on Dark Matter – on Episode 13 – Joe was very secretive. He didn’t want anyone – even the crew, to know who the mole was, right? There was no idea – right to the last minute. Well, I was brought me in on secret fittings. My name wasn’t even on the call sheet. Nobody was to have any connection to me and Roger. Well, they brought me in by mistake that morning at about 9 am. We didn’t shoot that scene until about 10:30 … at night! I was stuck in the trailer for about twelve hours! I couldn’t leave! People kept throwing me Dark Horse comics and stuff to read and they kept apologizing (laughs). Roger’s trailer was next to mine and I was on the phone in secret and he sees me, and he’s like ‘Jeff? What are you doing here?’ (laughs) Well, I’m a team player!”

The dedication and commitment of Jeff Teravainen show him to be an example of the success Canada is enjoying in the realm of science fiction. Being a big sci-fi fan himself, Jeff is poised in the right medium and at the right time. The stars are literally the limit for this guy and more success is bound to find him. 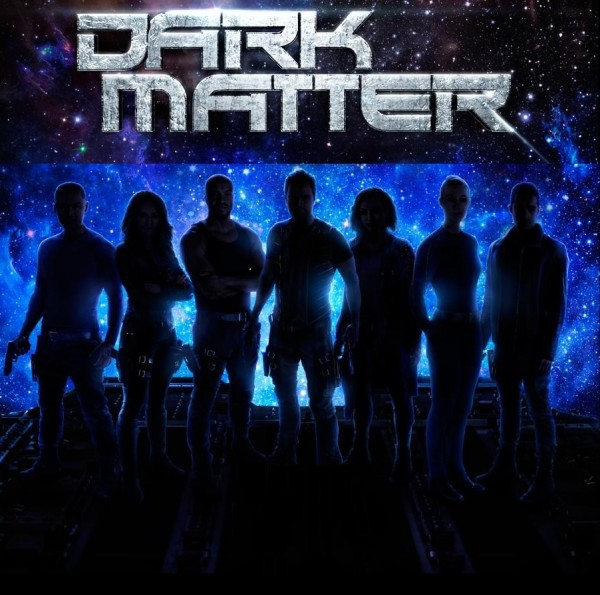