Katniss Everdeen and the meaning of true strength

Of all the heroes in modern mythology, Katniss Evereeen is one of the greatest.

And it’s not  because she’s a saint either. Peeta’s a saint. But there’s a reason Katniss is the hero and not Peeta. We don’t identify with saints. We identify with flawed but good individuals trying their best to learn and grow.

Having not read the books, the version of Katniss I’m referring to here is the Jennifer Lawrence-movie version. And though the first film of the series, The Hunger Games, was satisfying entertainment, it only grazed the surface of what Katniss was capable of as a character. In Catching Fire we finally see this young woman bloom into all her heroic glory, compassion and, yes, fire.

What makes Katniss such an exemplary model of heroism – the kind we so desperately need in the world – is that she is presented as being a hero for all the right reasons. In contrast to the fierce “career” competitors from the other districts who are characterized by their aggression and belligerence, it is not Katniss’ aggression or ferocity that makes her the remarkable hero she is. Actually, it is not even her courage (though she has a lot of it) or the fact that she fires a mean shot with her bow.

The depth of Katniss’ ability to love was already present in the first film but there it was reserved only for Gale, her family and her closest ally in the Games, Rue.  But further hardship, adversity and the fear of imminent death become the catalyst for that love to mature and blossom. In every spare moment allowed to her in which she is not facing an acute threat or is not struggling for her and her loved ones’ lives, she is expressing care, gratitude, affection, warmth or sincerity to someone. Contrary to the idea that suffering hardens the heart, here it has opened hers. This is the deeper, truer meaning of “catching fire” aside from the surface political meaning of the phrase.

In many ways, life itself is like a Hunger Games: risky, precarious and full of unknown dangers. The hero knows therefore that her time is precious and fleeting. She wastes none of it on frivolities and bulls**t. She tries to stay positive and does not indulge in misery but she does not always pretend that everything is all right, either. She holds her loved ones close and tells them she loves them because she knows that every day, every moment, could be her last with them.

In Katniss Everdeen we see one of the more intensely emotional characters to be held up as a hero in contemporary pop culture. But she is not emotional in the neurotic or hysterical sense nor is she a victim of self-absorbed “drama.” It is real, raw emotion in the face of relentless hardship that pushes her to her absolute physical and emotional limits. All throughout Catching Fire she cries with sorrow. She screams with pain. But her naked display of vulnerability is not a sign of weakness. On the contrary, it is proof of her strength. For it takes great courage and strength to strip away the many layers of emotional armor and falseness that so many of us become accustomed to wearing.

With the increasing popularity and demand for “strong” female characters, contemporary pop culture has given us the likes of Sarah Connor, Black Widow, Brienne of Tarth (Game of Thrones) and Michonne (The Walking Dead) among many others. They are great characters, all of them. Certainly, their tough-as-nails demeanor and their rousing (if unrealistic) ability to physically dominate the male characters around them can be gratifying.

When balanced with other alternatives, the “strong woman warrior” archetype can be a meaningful counterpoint to more traditional or hackneyed portrayals of female characters. But if it becomes too much the dominant trend, even the kickass female archetype can become its own kind of tyranny in terms of fair and equal representation. The idea of what a “strong” woman is supposed to be gradually becomes warped in young viewers’ minds just as the idea of what a strong man is supposed to be has been warped for generations of boys and men. We become conditioned to think that any expression of vulnerability or softness is “weakness,” and that weakness in turn leads to failure in the Games – i.e. life.

With Katniss we have, finally, a heroine that I would want my own daughter (if I had one) to look up to. As genuinely tough as she is, she also displays characteristics that one might consider as being traditionally “feminine.” She is gentle, nurturing, compassionate and merciful (again, qualities seen by some as being tantamount to weaknesses). It’s not that women – or men, for that matter – must have those qualities; it’s simply that it is okay to. And in Katniss’ case, not only is it okay, it is the key to her heroism.

Yes, Katniss fights and she even kills when she must, but it is without malice, without the kind of reptilian aggression that the other Hunger Games competitors display. She doesn’t “hunt” the others and only fights in self-defense. And whether in practice or in the arena, when she fires her bow it is with calm precision; when she kills it is with resolved matter-of-factness. Inflicting harm on anyone pains her but she is simply making the most of a hellish situation so that she can live to love another day. (Just think of the way societies train and virtually force their children to become competent “killers” in the arena of life.)

Katniss does not feel the need to compete with male heroes on their terms. She doesn’t overcompensate by putting on airs of machismo. She is her own kind of hero and she operates on her own terms. And this is why I cherish and honor The Hunger Games franchise because, in essence, it tells our young people that the qualities that Katniss has do not make you weak. They do not make you lose the game. They make you strong. And they make you win the game.

Make no mistake, at times Katniss’ own compassion and sincerity do put her in danger. Author Suzanne Collins is not naïve. She is not using her character to suggest that all people need to do is become flower children and just turn the other cheek. Again, let’s remember that Katniss does fight when necessary and she is quite good at it. But this is not her defining trait. It does not make her the hero she is. In fact, Catching Fire, and The Hunger Games series in general, seems to suggest that she is a hero in spite of  the fact that she fights. The reason is that the ripple effects of her love, mercy and sense of justice – the qualities that do define her – are far more consequential. In fact, they are nothing short of revolutionary.

This is the Christ-like ideal of heroism, of the hero who wins the fight through compassion and sacrifice, not by brutality and domination; of the hero who starts a revolution through love and not violence. And just to make this message as clear as possible, in Catching Fire we see Katniss being lifted into the air, arms spread sideways in a Christ-like posture, after committing a pivotal act of self-sacrifice which triggers the predicted downfall of the system.

In the end, it all comes back to love. In one of the most salient moments in the film, primary antagonist President Snow’s own granddaughter watches Katniss on the monitor and says, “Someday, I want to love someone that much.”

The importance of this line to the overall meaning of the Hunger Games franchise in general and of Katniss Everdeen in particular cannot be overstated. Snow’s granddaughter does not say, “I want to fight like that,” “I want to shoot a bow like that” or “I want to kill like that.”

Of course, none of the raw emotion, vulnerability and heroism that Katniss displays in this film would be possible or convincing without the beautiful performance by Jennifer Lawrence who has taken an appealing but still somewhat shallow heroine from the first film and unraveled entirely new layers of depth and feeling.

On the eve of the games, the always buoyant Effie (Elizabeth Banks) suddenly breaks down in her first show of authentic emotion and says to Katniss, “Come on. Let’s go show them what real  beauty is.” The line is all the more moving for being open to multiple interpretations.

On one level, actress Jennifer Lawrence herself has been connecting with young viewers everywhere, whether by intentional choice or not, as a kind of alternative model for beauty. She is still a very attractive actress by any measure so this isn’t exactly a radical development, but nevertheless she does somewhat stray beyond the more typical standards of beauty for leading actresses. So there is that underlying thread of potential meaning.

But more assuredly, the “beauty” Effie speaks of refers to, of course, the character of Katniss who shows us how a hero can be simultaneously sensitive but strong, scared but brave, emotional but resolute, and that none of these qualities – none of them – are contradictory but parts of an organic whole. Real beauty indeed.

All across the country, archery enrollment rates for young people are going up and it is because of Katniss. I say it’s a good start. Archery teaches calmness, discipline and focus.

But kids, you can and should go deeper. Emulate Katniss on the inside, not just from the outside. And parents, encourage them in this.

In the same way that Katniss inspires the Districts to rebel against the system, I believe that she can inspire people in real-life to “rebel” against modes of culture and thinking that oppress them. And one of the things that I believe oppress us is what I call the Cult of Strength, a kind of collective cultural worship of the social Darwinist’s view of “strength.”

If Katniss Everdeen moves and inspires you as much as she does me, then I offer this challenge to you: don’t let it just stop there. Inspiration not acted upon is inspiration wasted. Take the energy this remarkable hero gives you by going out into the world – that cold, vicious, competitive world – and start little revolutions of your own. Not with shouting, fist-pumping and rage (which never really works anyway) but with love, mercy and compassion. For this is real courage. And this is real strength.

Come on. Let’s go show them what real  strength is. 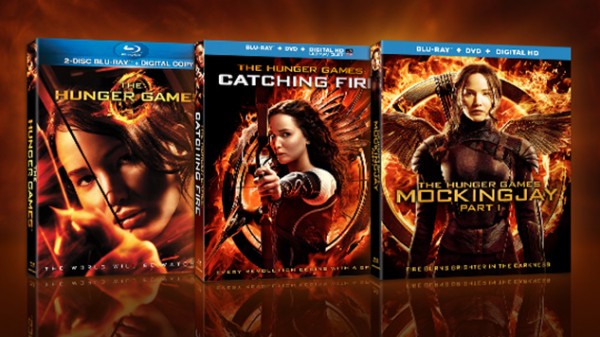