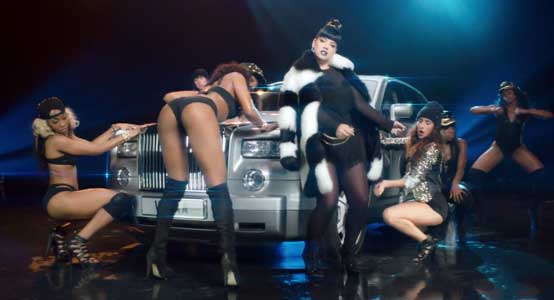 It seems Lily Allen and Miley Cyrus have a few things in common these days. Both have families involved in the entertainment industry, with Cyrus’ father being a well-known country singer and song-writer in the States and Allen’s father a lesser known musician and broadcaster in the UK. Both began focusing on their careers early: Cyrus landed her gig as Hannah Montana at a teensy eleven years old. Allen dropped out of school at the age of fifteen to focus on her vocal and performing abilities.

But perhaps the biggest similarity is that Allen and Cyrus have made waves lately with their performances, stirring up Internet backlash accusing them of unapologetic racism. Cyrus has been criticized heavily by Jezebel and bloggers for using black dancers as mere sexualized props during her VMA freak show. And more recently, Allen has released a music video that seems a not-too-subtle parody of the aforementioned display, and is receiving the kind of admonishment only the Internet can deliver.

In addition, both singers identify themselves as feminist. But that is where the similarities end. This is why it is so frustrating to see netizens compare them. Cyrus is a performer and Allen is a musician. Cyrus claims to be “the biggest feminist in the world” while Allen is living feminism.

With that said, if you haven’t seen Lily Allen’s new music video, “Hard Out Here,” do it now.

Allen manages to be direct and satirical at the same time. She points her fingers at the entertainment industry, patriarchy and sexism but somehow manages to have a laugh about it.

In the first scene we see Allen lying on a surgery table having a liposuction, to the vocal disgust of the surgeons themselves who chide her for letting herself go despite the fact that she’s had two babies. It’s a heavy and accurate criticism of the value placed on women in the industry: their value as performers directly depends on their sexual appeal and appearances. (Remember what happened when Adele got fat?) On the other hand, it’s not very difficult to think of some out-of-shape or unattractive male celebrities. Try it. 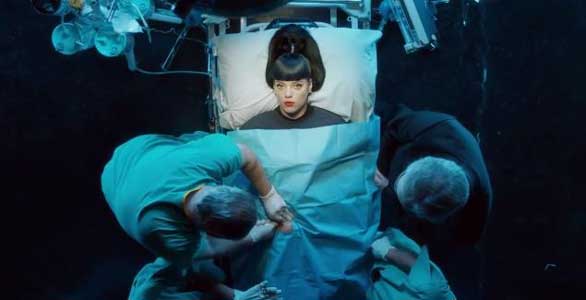 The music video continues in this manner, with a punchy chorus: “Forget your balls and grow a pair of tits / It’s hard out here for a bitch.” Though we are explicitly reminded of the case she’s making, she has so much fun doing it that it’s hard not to nod along. In one scene she dances in front of balloons that spell out “Lily Allen has a baggy vagina.”

So, alright. Lily Allen is perfectly comfortably having a laugh at herself. Sucking on bananas, slapping black dancer’s asses and grabbing her crotch is a parody of music videos, all in good fun.

She addresses difficult topics without easy answers. In particular, she throws down the gauntlet to the post-feminist claim that men and women are now on equal footing:

“We’ve never had it so good, uh-huh, we’re out of the woods
And if you can’t detect the sarcasm, you’ve misunderstood”

Yet again and again, we are presented with gratuitous ass jiggling and sexy dancers in revealing outfits. This is what seems to be causing the outrage, parody or no. 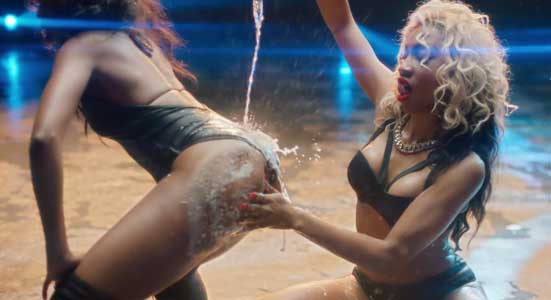 Sexualization exists side-by-side with controversy, but for the moment let’s throw that out the window.

Instead, let’s ask whether Allen, or any woman for that matter, needs to mock herself and rely on satire in order for her challenging views to be accepted. Perhaps a dose of humor helps the message to go down easier. But in the future, let’s hope the humor is not at the expense of dignity.

Mary Hickman is a mixed media artist living in Seoul. She has a penchant for sci-fi and a crush on Crow T. Robot.