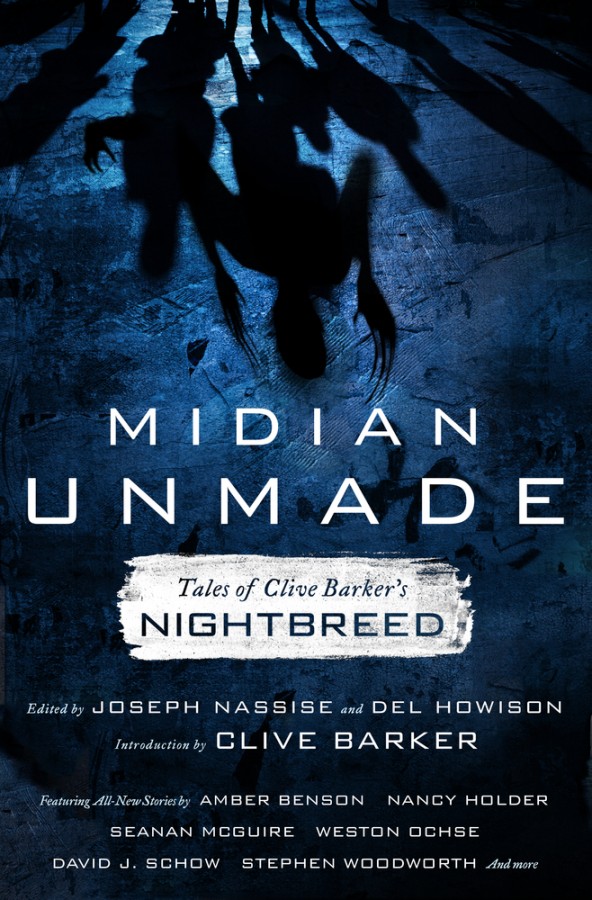 For those not familiar with the legendary Clive Barker, he is an artist that has embraced the horror and fantasy genres from many directions: books, films, comics, and visual art. His talent and scope of imagination are undeniable and early in his career he was once famously described by Stephen King as “the future of horror.”

Barker’s 1988 short novel Cabal (adapted into the film Nightbreed in 1990) describes a species known as the Nightbreed, a tribe of monsters that live in isolation from humanity in an underground world called Midian. The novel ends with the destruction of their home and the casting out of Nightbreed by humans.

Barker’s other famous franchise, the Hellraiser world, has been often revisited by numerous writers, artists and filmmakers via many different comic books and film, but aside from a single comic series from Boom! Studios (Clive Barker’s Nightbreed) the same cannot be said, surprisingly, about the Nightbreed world. But now fans can finally return to Midian thanks to a new anthology from Tor.

Midian Unmade: Tales From Clive Barker’s Nightbreed, featuring an introduction by Clive Barker himself, picks up at the conclusion of Cabal and relates tales of the diaspora of the Nightbreed through a series of collected short stories. The stories have been written by a wide variety of artists with disparate backgrounds and experience, but who are united in their fascination with Barker’s monstrous creations and the desire to continue the story. It is not necessary to have read Cabal – the barest familiarity with the events of the novel suffices – and, in fact, it was an interesting task to piece the history of Midian together through the plot fragments that each story built upon. Also the editors have done a thoughtful job ordering the tales to create a directional thread to the collection.

It was this added level of cohesion that, for me, makes this collection of fantasy/horror/sci-fi short stories superior to many of the others I have read. In these genres, I am not normally a fan of short stories no matter who is writing them (my apologies to Harlan Ellison fans particularly). It seems to me that the amount of words required to explore the creative premise of these otherworldly tales often leaves little room for an impact on the reader except via an emotional sucker punch at the end. In Midian Unmade, however, the Nightbreed are a pre-established context and the story tellers are set loose within this world to create without the onus of setting up the framework.

The writers of the tales are, on the whole, quite talented. The stories are of a deep, mucky sort of horror and not for the faint of heart, but beneath the stereotypical bestial gore, there is a deeper, more plaintive note. It is the longing of the outcasts of society, the loneliness and despair of those banished to the night.