Hey, everyone! I thought I’d take a minute to introduce myself. My name is Kevin (aka Doctor Comics) and I’ve just joined the Pop Mythology comic review team. You may already be familiar with the amazing Captain John K. Kirk’s weekly comic roundups. Adding to his reviews, I’ll also be reviewing comics here on a biweekly basis.

The first comic I bought was 40 cents. It was right off the rack in Arrow Drug in Erie, PA. My grandmother gave me a buck to run to the store and stay out of trouble. Little did she know that purchase of Marvel’s Star Wars #30 created a monster. 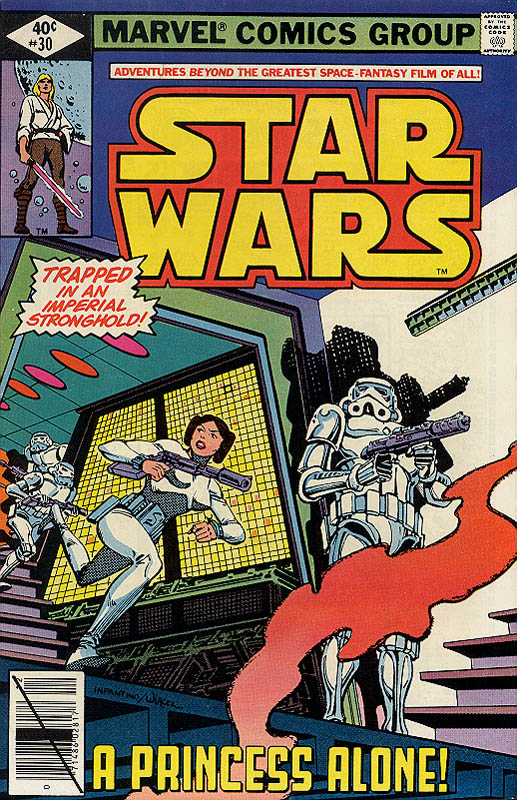 “Monster” might not be the right word, more like “fiend” or “addict.” I started with Star Wars, but quickly moved on to The Uncanny X-Men, The Avengers and my personal favorite, The Defenders, along with anything that looked cool. Through high school I kept picking up books and took a bit of a hiatus in college. Need to look cool, you know? That lasted until sophomore year, Detective Comics was hitting #600, what’s a fiend to do? 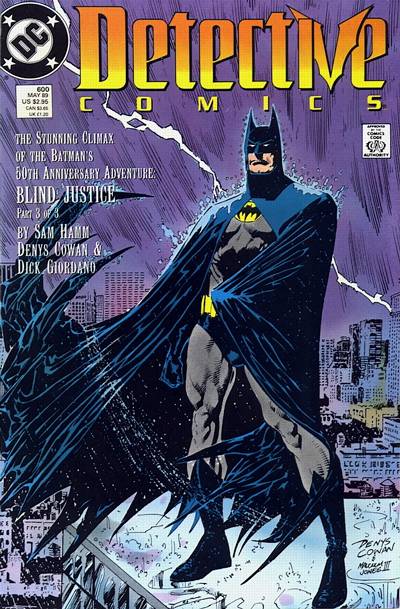 Now grad school was series business, no comics. At first. That lasted until someone showed me Sandman: Preludes and Nocturnes. Before I knew it, I had the longest pull list I ever made. I credit grad school for really getting into geek culture of the mid-1990s. Grad school was series business, for sure, but Star Trek: The Next Generation and comic books weren’t. I needed to bust through a 400 page history on medieval viticulture, but I enjoyed comics. Every week I’d get my stack, go sit at a cafe and read comics for a couple of hours, no notes or papers required. It was a fantastic bit of relief.

Moving to Chicago was the next attempt to kick the habit and it lasted for quite a while, at least for buying single issues. I mean graphic novels and trade paperbacks didn’t count, did they? By the time I was working on my PhD in history, Third Coast Comics (a wonderful store owned by the awesome Terry Gant) opened up here in Chicago and the New 52 started and I was back to a pull list, catching up on all I had missed.

Which brings me here, Pop Mythology. Next to comics, writing is an itch I’ve been trying to scratch for a long time. Off and on, different projects and genres, writing is always somewhere in my orbit. It turns out, I like being a critic along with a commentator. I’ve already been writing about the White Sox and my musical obsession, Phish. On occasion I’d write about comics, but it felt (sometimes still feels) like I was stretching things a bit too far in too many various directions.

When I started to follow Pop Mythology, I really liked the overall tone and voice of the work. The reviews were helpful. In tandem with becoming more serious about this writing thing, I reached out to the editor, the Pop Mythologist, and now here I am. This kind and benevolent editor is allowing me to invade the site, on a limited basis. It turns out I work best with some kind of deadline and schedule. PM is not a taskmaster by any means and I’m allowed to be my own boss in many ways, but it feels good to have an external expectation.

One last thing about my approach to reviewing. I want to like something that I’m reviewing, I really do. You name the medium, and I go in genuinely hoping for a good time. Comics are no exception. Roger Ebert mentioned in an interview once that most of his reviews were a 3 out 5 stars. That meant that it wasn’t bad, but to get higher, the movie needed to be better. 3.5-5 were just grades of excellence. I’ve taken that idea to heart. A comic really needs to be awful to get lower than three stars. Conversely it needs to have a little something more to get beyond that.