PREVIEW: All hail the new ‘Empress’ by Mark Millar and Stuart Immonen

Mark Millar (Civil War, Kick-Ass, The Ultimates) is without doubt one of my all-time favorite comic book writers next to other heroes of mine like Neil Gaiman and Warren Ellis. And two of his current books, Huck and Jupiter’s Circle, are both, in my humble opinion, the absolute top superhero titles at the moment.

So it pretty much goes without saying that I am very excited for his new book Empress, a new sci-fi adventure series launching in April. But unlike recent Millarworld titles which have been put out through Image Comics, Empress will be published through Marvel’s creator-owned ICON imprint.

For Empress, Mark will be teaming up with Stuart Immonen (Star Wars, All-New X-Men) who has been pivotal in making Marvel’s flagship Star Wars comic the stellar success that it has been. With these two names attached, putting this one on your pull list is pretty much a no-brainer.

The plot synopsis for Empress, from a press release from Marvel, goes thus:

Imagine you’re married to the worst bad guy in the entire universe. An alien dictator feared by races across the cosmos. He will kill you if you leave, but you must escape for the sake of your three children. Now, Queen Emporia must flee the clutches of her ruthless husband with nothing but her wits, her trusty bodyguard, and three guns in tow. Will their attempt at freedom be short lived?

Personally, I was already sold with that issue #1 cover and the names “Mark Millar” and “Stuart Immonen” anyway, so I kind of don’t even care what the story’s about!

Now let’s take a look at some preview art: 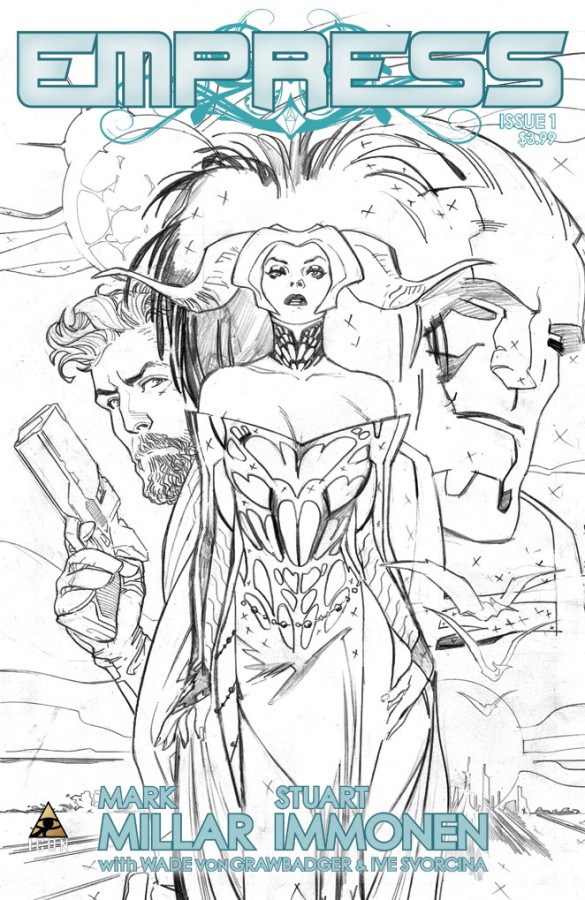 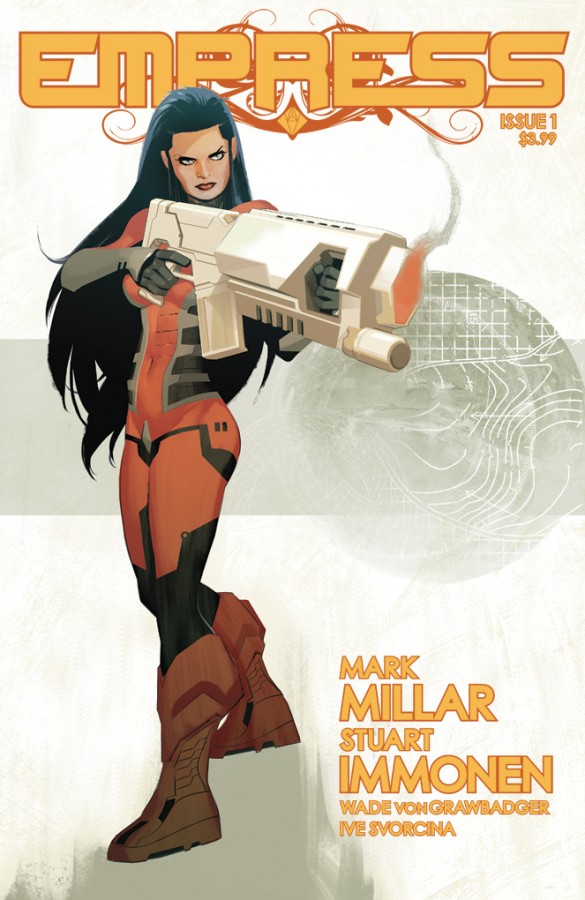 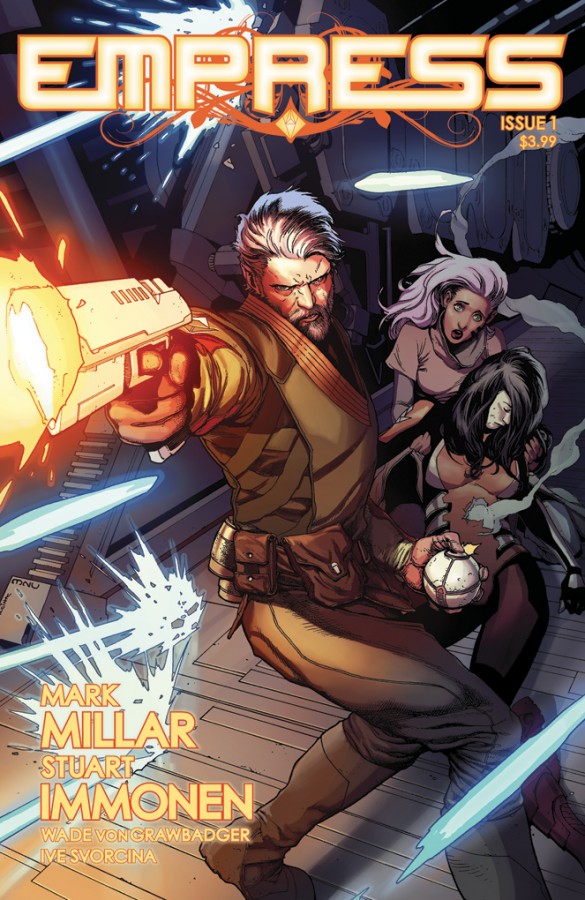 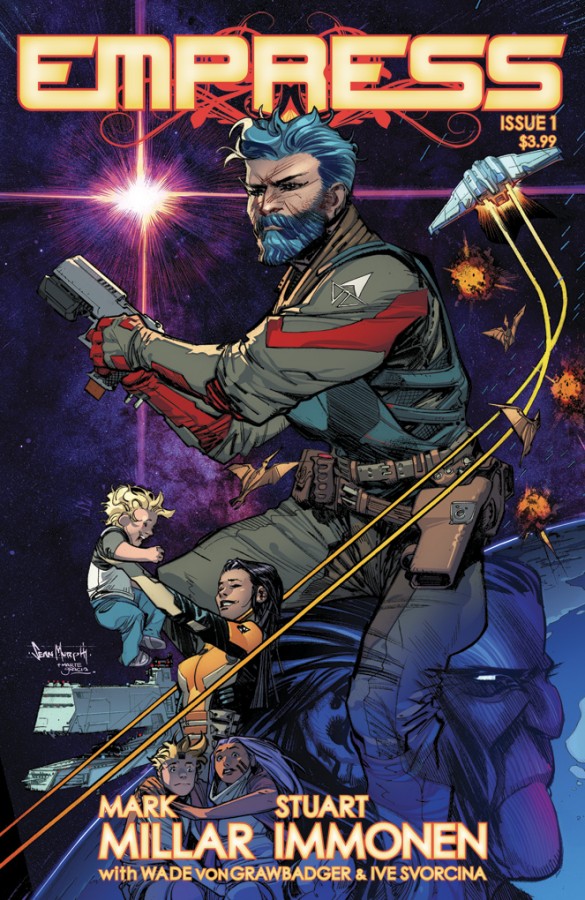 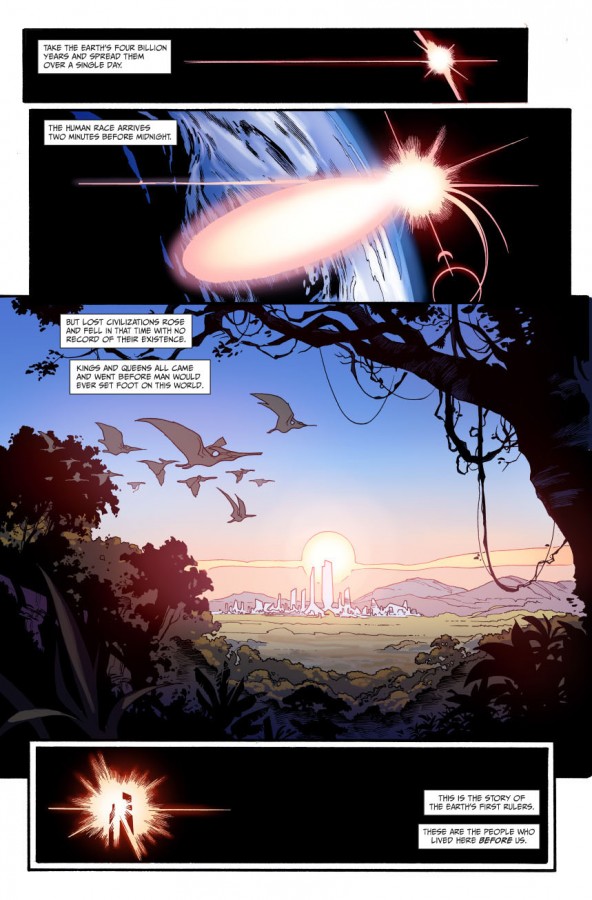 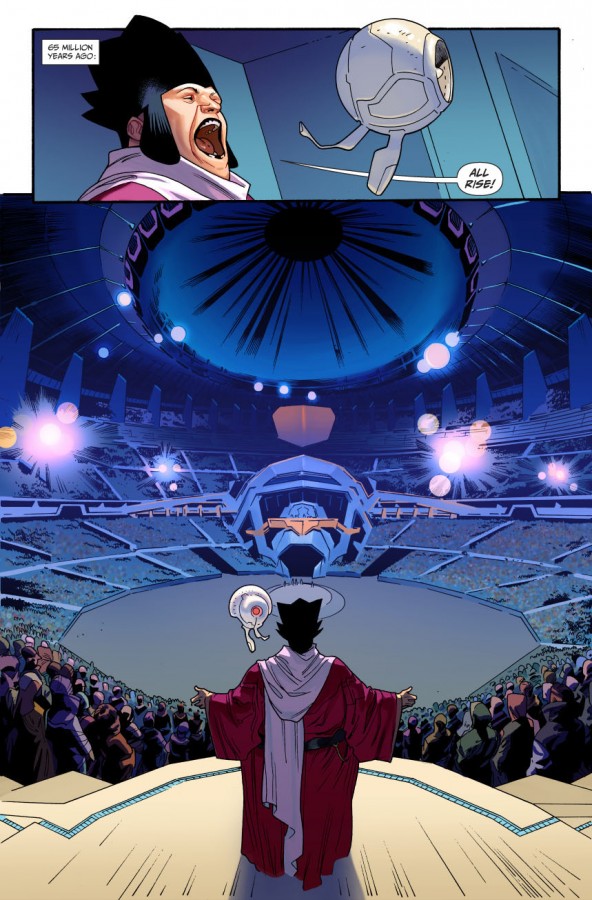 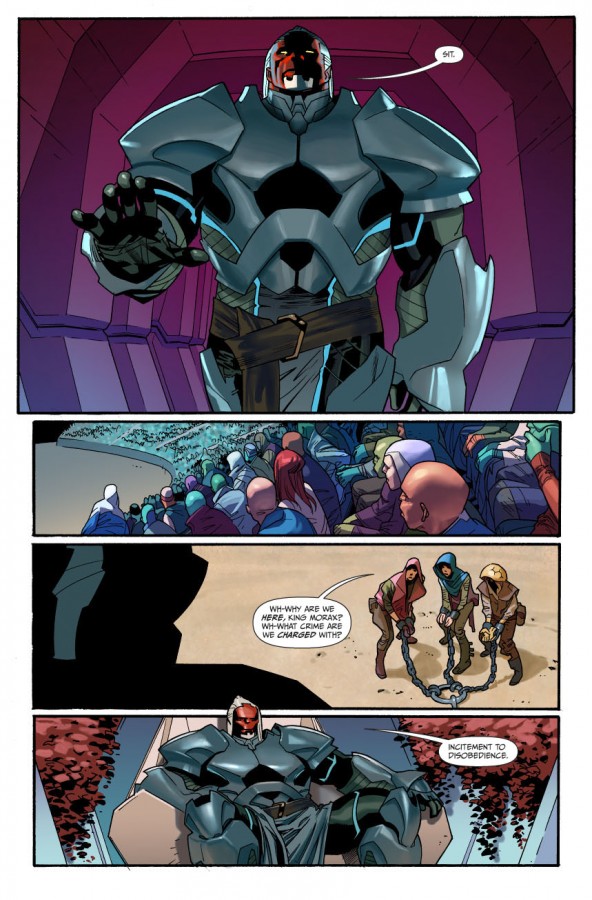 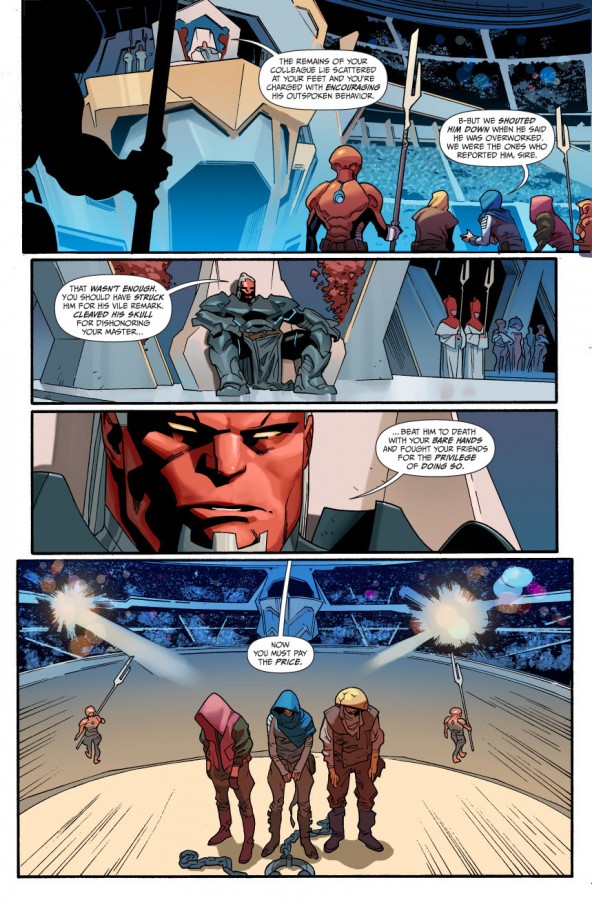 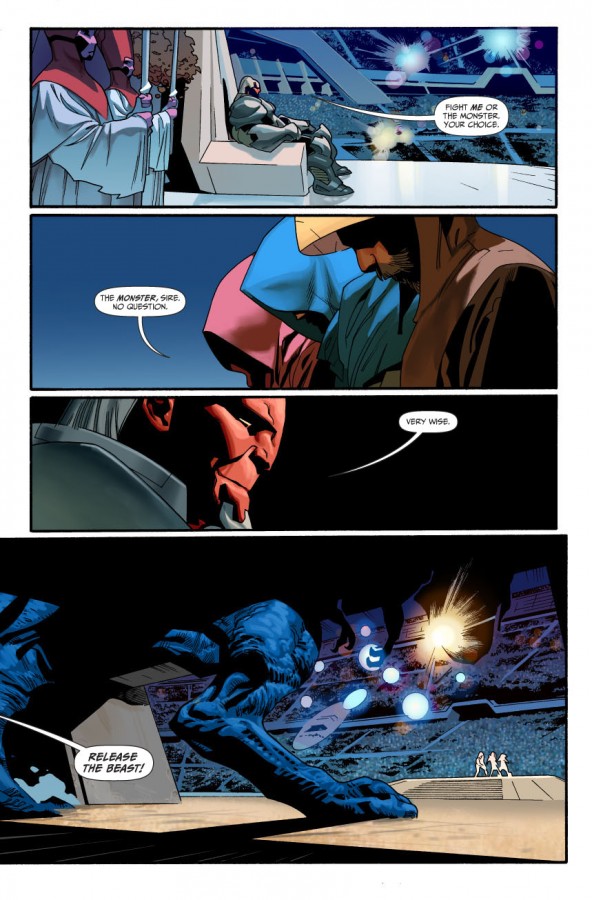 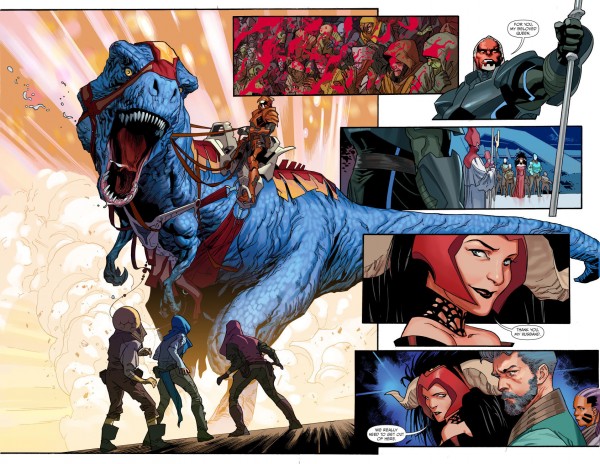 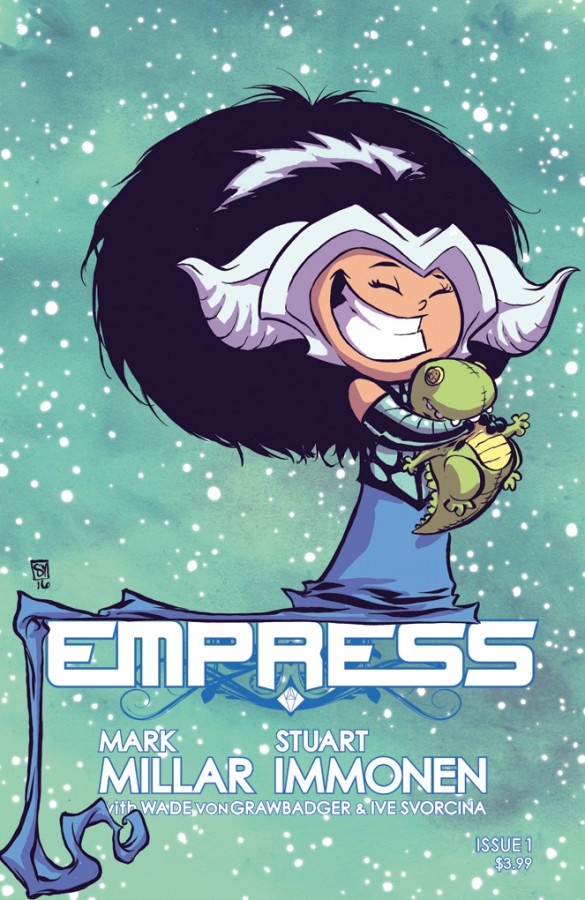 Stunning art, no? And those variant covers are really something. Based on these preview images Empress looks to be every bit the rousing space adventure that Starlight (see my review) was, and I for one cannot wait.

Empress #1 comes out on April 6 and will be available in print and digital form. Get ready for the star-hopping, intergalactic adventure of your lives.