Movie tie-in books make naturally great gifts. First, they tend to be oversized, colorful, and glossy—ideal for showing off on the proverbial coffee table. Production value for the cover, paper, and print is typically very high, making such books a tactile pleasure to thumb through just as much as they are a wealth of fascinating (usually) information. Giving an oversized movie tie-in book to a movie or comic geek is like gifting her with a fresh experience of a movie she loved. Not only will she relive all the feels from the film, she’ll learn a ton of behind-the-scenes info that will deepen her experience of it. So long as the book ties in with a movie that you know she enjoyed, it’s a no brainer as to whether she’ll love the gift or not.

Here, then, is our holiday gift guide made up exclusively of movie tie-in books. Hope it helps you pick something out for the geek(s) in your life. Happy Holidays and above all, Happy Reading!

The Movie Art of Syd Mead – Syd Mead is one of the most accomplished and respected artists alive. The Movie Art of Syd Mead: Visual Futurist represents the most extensive collection of Mead’s visionary film work printed, including Blade Runner, ALIENS,  Star Trek The Motion Picture, and Elysium, collecting hundreds of images, sketches and concept art pieces from a career that spans almost 40 years. Many of the images in this volume have never seen print before.

Star Trek Beyond: The Makeup Artistry of Joel Harlow – Presents the amazing work done by Oscar-winning make-up artist Joel Harlow and his team on the 2016  film. Showcasing pencil sketches, stunning concept art and lovely photography, this eye-catching book gives fans a unique look at the impressive work that went into this movie.

Star Trek: The Art of the Kelvin Timeline – A complete and in-depth look at the art of the newest Star Trek film trilogy. Covering the creation of Star Trek (2009), Star Trek Into Darkness and Star Trek Beyond, this lavish volume contains never-before-seen concept designs and art, as well as interviews with key talent who helped bring these films to life on the big screen.

The Art and Making of Wonder Woman – The summer blockbuster brought this beloved hero to the big screen for the first time in her own movie (finally), and this is the definitive book to own for any fan of the film. It conveys the wonder, strength, and grace of this historic character and showcases concept art, costume designs, and photography. This official companion book celebrates the creation of the film and takes fans on a voyage of discovery just like the one the titular hero takes when she leaves her island home. 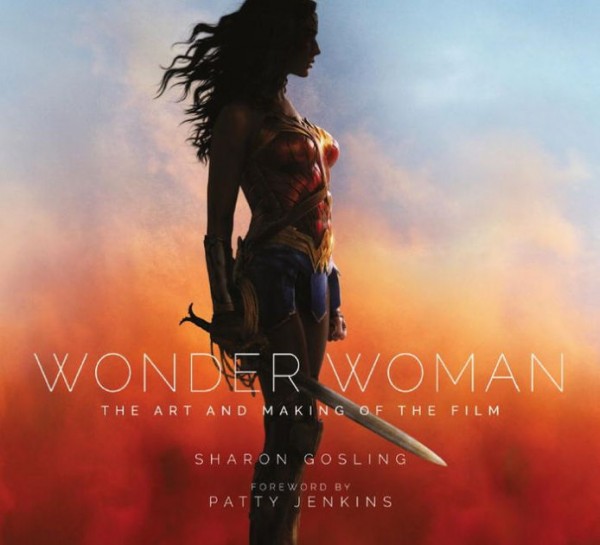 The Art of Justice League – While opinions about the film have been strongly mixed, there’s no question this is a beautifully packaged book. Packed with stunning concept art, sketches, costume detail, stills, and behind-the-scenes photos from the set, it offers of the film a visually sumptuous tour of the making of the movie.

Star Wars: On the Front Lines – Star Wars: On the Front Lines chronicles the tactics, weapons, and armor used in all the pivotal wars and battles in the Star Wars universe. By focusing on elements of battles that occurred “off screen,” this collection brings the struggles faced by ground soldiers and starfighter pilots to life like and places the reader on the battle lines.

The Art and Making of Alien: Covenant – Ridley Scott returned to the cinematic universe he created with Alien: Covenant, a new chapter in the Alien franchise. As can be expected for a franchise for which the creatures used are based off the designs of a highly-regarded visual artist (H.R. Giger), this book is a dark visual treat from start to finish.

Alien: Covenant Origins – the Official Prequel to the Blockbuster Film – This prequel novel is written by Alan Dean Foster, the same author who penned the novelization of the first Alien film. As the colony ship Covenant prepares for launch, and the final members of the crew are chosen, a series of violent events reveal a conspiracy to sabotage the launch. While Captain Jacob Branson and his wife Daniels prepare the ship, Security chief Dan Lopé signs a key member of his team, and together they seek to stop the saboteurs before the ship itself is destroyed.

The Great Wall: The Art of the Film – chronicles the making of this East-meets-West production, accompanied by insight and interviews with key cast and crew, including a foreword by director Zhang Yimou. Filled with storyboards, sketches, final film frames and behind-the-scenes shots from the set.

The Art and Making of Kong: Skull Island – goes behind the scenes and reveals how this monster-sized production was brought to the screen. Featuring incredible concept art and on-set photography, this deluxe book is a treat for fans as key cast and crew tell the story of how Kong was given a whole new lease on life.

Valerian and the City of a Thousand Planets: The Art of the Film – writer/director Luc Besson’s contemporary, unique and epic sci-fi saga follows special operatives for the government of the human territories Valerian and Laureline as they set off on a mission to the intergalactic city of Alpha. This companion book bursts with concept art of aliens and their environments with commentary from cast and crew, including Besson.

The Art of Captain Underpants: The First Epic Movie – From DreamWorks Animation comes a movie event based on the bestselling book series by Dav Pilkey. This comedy tells the story of two pranksters named George and Harold, who hypnotize their principal into thinking he’s a ridiculously enthusiastic, dimwitted superhero named Captain Underpants. The movie stars the voices of Kevin Hart, Ed Helms, Thomas Middleditch, Nick Kroll and more.